All the pre-match content ahead of our midweek Sky Bet League One fixture against AFC Wimbledon.

Rovers head into Tuesday's encounter on the back on a 0-0 draw at home on Saturday against Oxford. The game saw an impressive second-half display from the Gas, who controlled the final forty-five minutes on Saturday afternoon but couldn't quite find the net, a game in which Darrell Clarke's side registered their fourth clean sheet in six games.

Marcus's View: The Rovers Assistant Manager spoke to the press on Monday morning and offered his preview of Tuesday's encounter.

Players View: Ollie Clarke was also on press duty, as the midfielder discussed how the side will be looking to take a promising second-half display from Saturday into the midweek clash.

Opposition View: AFC Wimbledon slipped down in the bottom four on the weekend just gone, as a 2-0 defeat away at Blackpool meant that Neal Ardley's side recorded a fourth straight defeat. The Dons have won twice on the road so far this season, beating Fleetwood and Gillingham on their travels. Neal Ardley's side are without a win in October, with their last win coming at the end of September at home to Oxford United.

Past Encounters: The sides last met in February. On that occasion, a late Joe Pigott header inside the final minutes of the game provided AFC Wimbledon with a narrow win at Kingsmeadow.

Tickets: Online tickets for the game are available up until midnight on Monday, 22nd October. On the day, the Club Shop will be open at 9am - with the match day ticket office open at 5pm (located behind the North Terrace).

Keep Up With the Game: The game will be broadcast live on iFollow to both domestic and international fans. If you can't make it to the Mem, a match pass priced at £10 will allow you to watch the action live from the comfort of your home, with new and improved commentary and match graphics. As always, our Twitter feed will have all the key moments from the game - with the Match Centre the place for the minute by minute updates, as well as live match stats.

Relief at the Mem on Tuesday night as Rovers put an end to their league goal drought and recorded much needed win over AFC Wimbledon.

The Gas faithful saw their side score their first League One goal since the win over Coventry City last month, when Ed Upson was alive at the front post to scramble home Sam Matthew's corner just over 10 minutes from the break.

That same amount of time after the interval and the lead was doubled, with Michael Kelly's dangerous left-sided delivery unfortunately sliced into his own net by Will Nightingale.

AFC Wimbledon piled forward and fired a number of long balls into the Rovers' box, but Tom Lockyer and company held firm to take a precious three points.

There were three changes to the side that drew with Oxford United here on Saturday, with Kyle Bennett and Matthews' impressive second-half performances off the bench earning them a go from the start on Tuesday night.

Elsewhere, Daniel Leadbitter was also brought in to take Joe Partington's place at right-back, who dropped down the substitutes.

After a scrappy opening five minutes in which neither side really got their foot on the ball, AFC Wimbledon went inches away from taking the lead when James Hanson drove a low effort from range that beat Jack Bonham before ricocheting off the Rovers upright.

There was another heart in mouth moment not too soon after, as the ball fell kindly in the box to Jake Jervis with only Bonham between him and the net, but the Rovers stopper got down superbly to smother his effort. 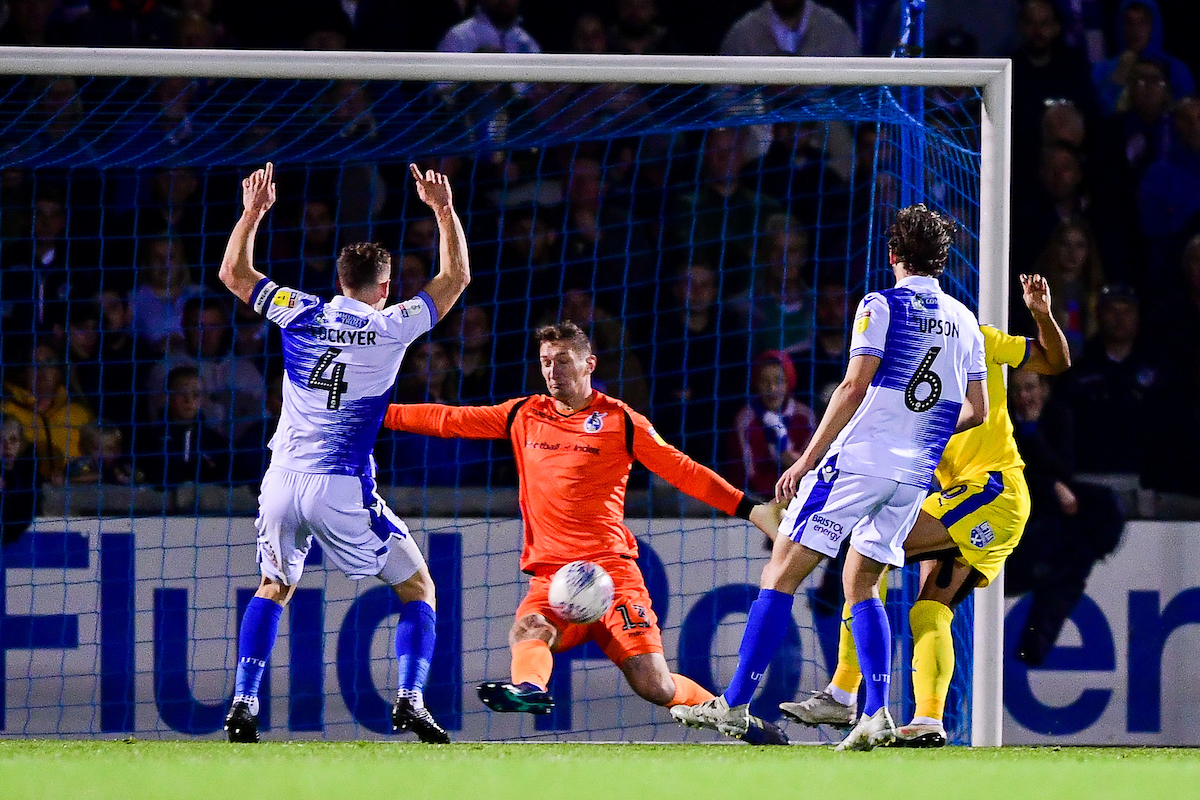 As we passed the 20-minute mark, The Gas were still yet to carve out a clear goalscoring opportunity and were having to remain alert at the back, with Tony Craig standing strong to block Kwesi Appiah's header after he was really well found by Anthony Hartigan's set-piece delivery.

The visitors came knocking again and Craig was there to deny once more, on this occasion clearing Appiah's half-volley off the line.

The game had to wait until the 33rd minute before the hosts came close to a goal and it was with the aid of a deflection as Liam Sercombe's long-range strike rebounded behind for a corner, but from that, Rovers finally broke their league goal drought and took the lead.

Matthews whipped in a menacing corner towards the near post that the Dons struggled to deal with and caused an almighty scramble, with the ball being bundled home by Upson for his first league goal for the club and Rovers first in the division since beating Coventry City 3-1 back in September.

That was to be the final moment of note in the first half, as Rovers headed into the break with a slender lead. 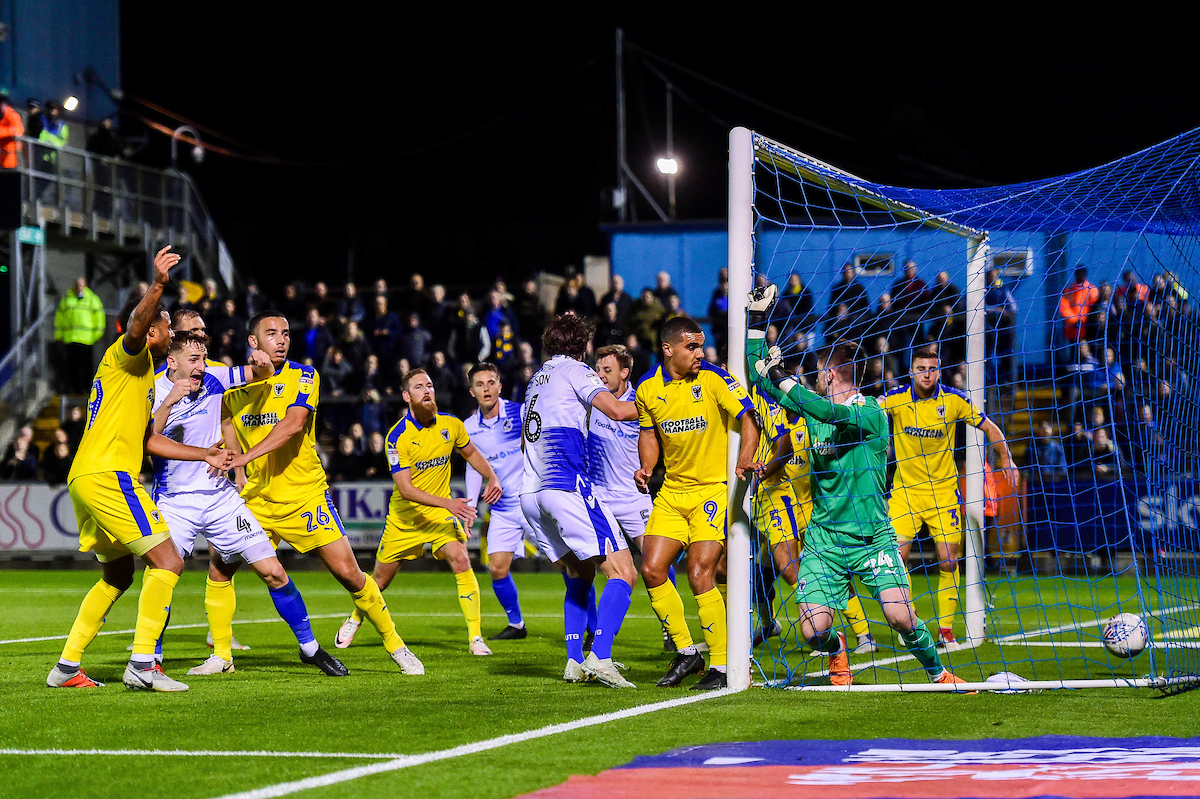 The second period was barely 10 minutes old when Darrell Clarke's men doubled their lead, once again not in the tidiest of fashions.

Kelly curled in a dangerous ball from the left, aimed towards Tom Nichols, but before the forward could get on the end of it Will Nightingale stuck out a leg and turned the ball into his own net. 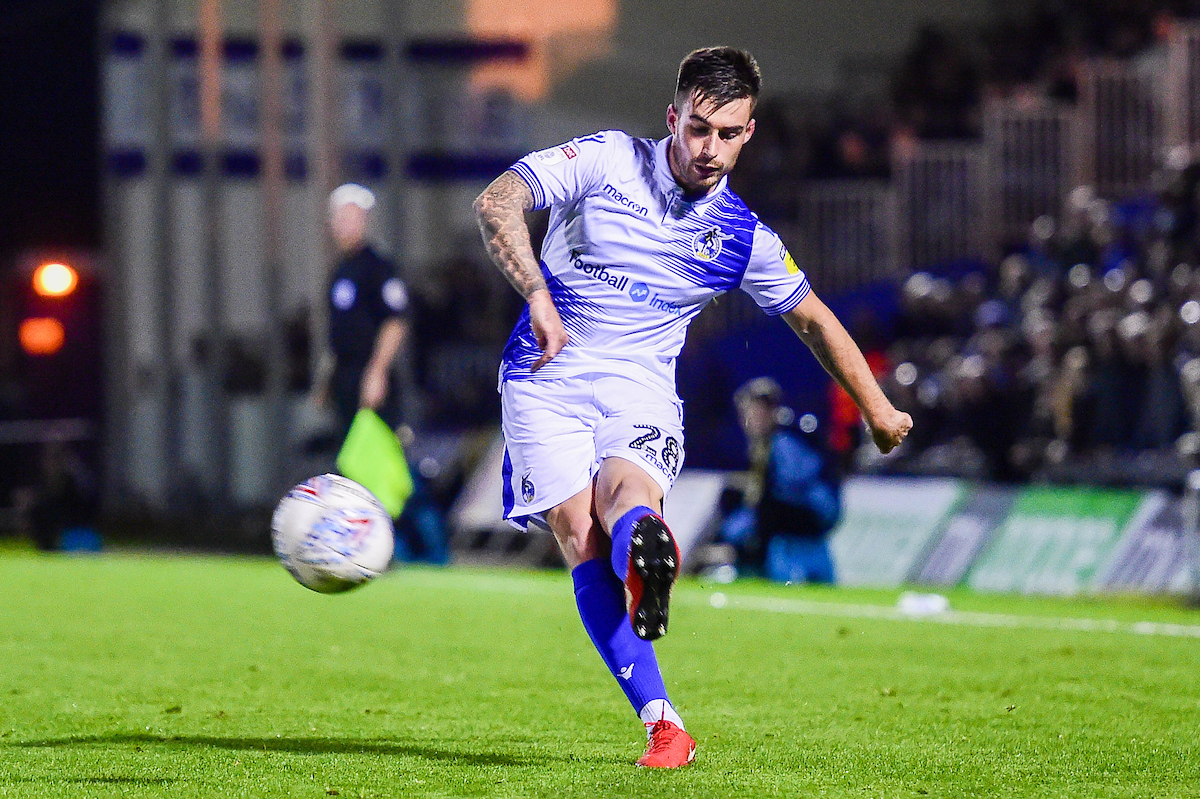 Rovers seem settled and reassured in possession after gaining their two-goal cushion, as Matthews continued to make himself a nuisance on the right, finding Ollie Clarke infield who carried the ball forward, beating a few men before demanding a decent stop with his deflected strike.

The visitors however did go in search of an equaliser and come close to one when Ben Purrington found Appiah with a great ball across the box, but the forward fluffed his lines and sent the ball wide.

The Dons and Appiah did then have the ball in the back of the net from a corner, but their celebrations were abruptly ended by the linesman's flag.

Following those scares, Rovers pushed forward themselves as Bennett slid a nicely weighted pass down the left for Nichols who then fired a good ball at the near post that Sercombe tried to glance across goal but he couldn't get it on target.

With the 70th-minute nearing, D.Clarke made a double switch, introducing Alex Jakubiak and James Clarke in place of Bennett and Matthews.

Rovers backline had held strong all afternoon and were having to withstand a number of high balls into their box as their opponents sought a goal of their own, skipper Lockyer and Craig were proving particularly resilient in the heart of defence.

On the 83rd minute, the Gaffer made his final change as Nichols left the field to an applause from the Mem to replaced by Stefan Paye in a straight swap up top.

There continued to be a late barrage from The Dons but they were to find no way through, with Rovers pinning a very much craved three points to the League One table. 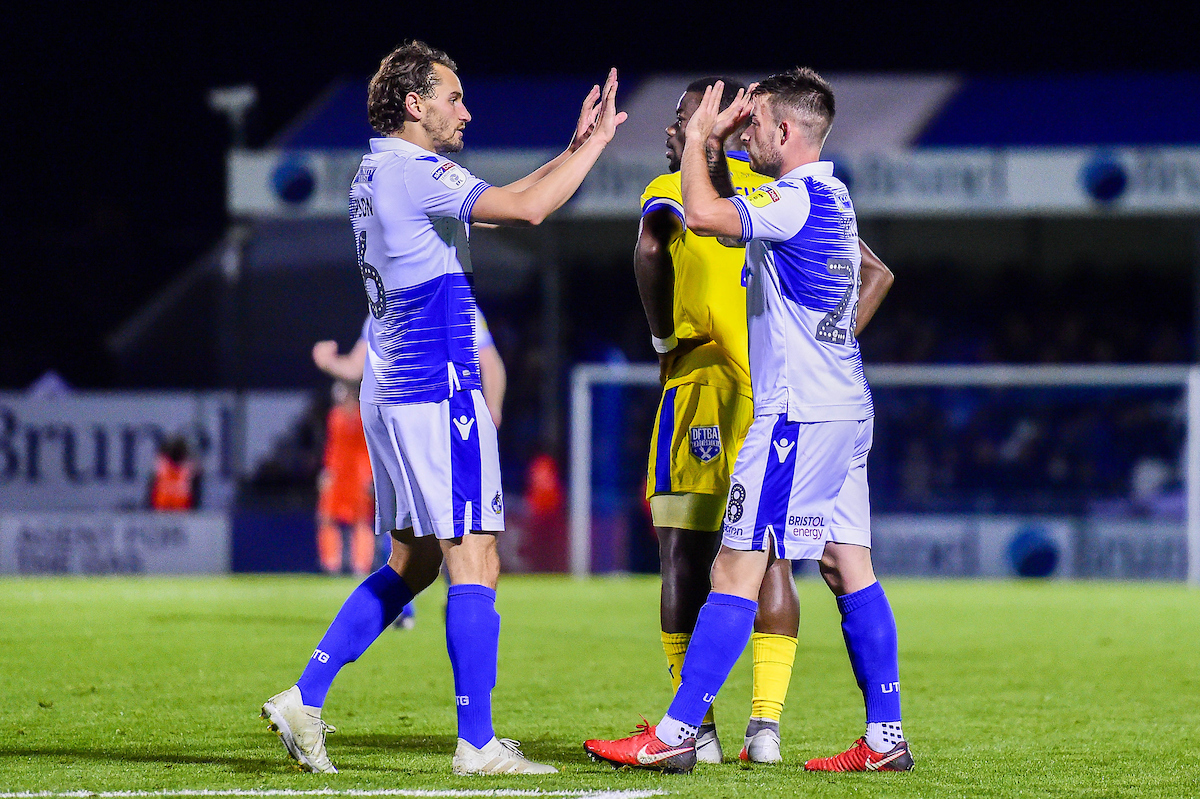 Fans are advised to purchase tickets in advance of Tuesday's game against AFC Wimbledon at the Mem, to avoid queues.

We are anticipating a busy evening at the Ticket Office and recommend purchasing ahead online; this is the easiest option.

You can also purchase tickets at the Mem from our Superstore - which is open 9am-5pm throughout the week.

Online tickets for this fixture will be available until midnight on Monday, 22nd October.