We take a look ahead to the Gas' 2021 opener, when they face Blackpool at the Mem.

The Gas look to respond from defeat in Milton Keynes, with a period of training allowing players to return to fitness following their 10-day isolation following COVID-19 cases in the camp. A return to home will bolster the Gas too, with their last home game a whole 21 days apart from this tie.

Paul Tisdale's side had their midweek fixture postponed due to COVID-19 cases in the Pompey camp, with the Rovers Manager allowed more time on the grass with his players ahead of their opening fixture of 2021. The Manager spoke with the local press on Friday to discuss his preparations for the game.

Neil Critchley looked ahead to this weekend's trip down to the Mem in his pre-match press conference, speaking about the Gas to blackpoolfc.co.uk Critchley said "From the analysis we've done they're a hard team to predict - I'm sure Paul's trying to find the best formation and the best team, he might be a bit unsure on that at the moment. We've got to concentrate on ourselves, on our team and what we need to improve on." 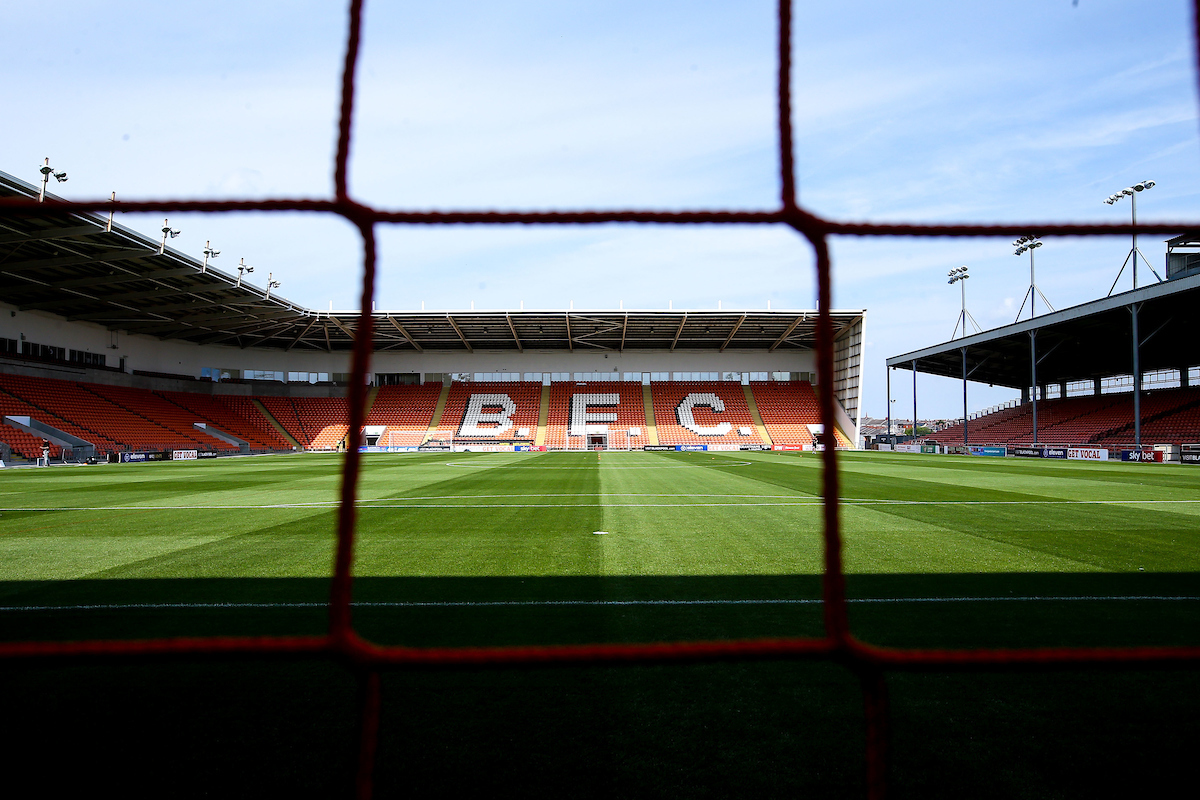 Blackpool's run of form in recent weeks could definitely be described as a mixed bag, often grinding out results against teams higher up in the league before faltering against those lower down in the division. An impressive 3-2 win over Hull City stands out as the highlight of their December form, but a 1-0 loss to Shrewsbury Town on Tuesday night will have set them back somewhat. 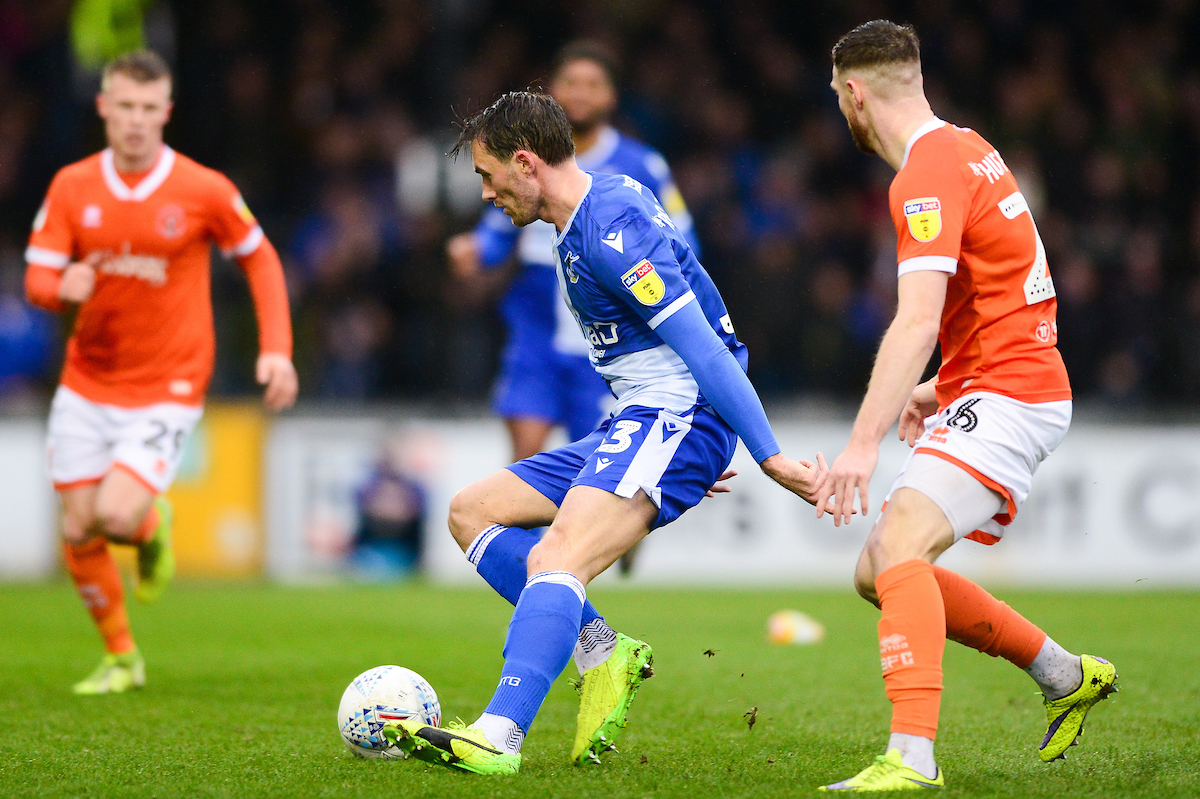 The previous fixture between the two sides will be a memorable one for Gas fans, and Alfie Kilgour in particular, who solidified his status as a local-born icon with a 35+ yard screamer in front of the Thatchers end. His equalizer paved the way for a fantastic comeback win, as Josh Ginnelly secured the winner.

Kick-off 2021 by catching the Gas face Blackpool on iFollow with a £10 match pass...

How to catch Blackpool's visit to the Mem LIVE!

Elsewhere in the league, Hull City host Charlton Athletic, two teams currently sitting in the play-off spots in 3rd and 6th respectively. At the other end of the table, Wigan Athletic travel down to Swindon Town to kick off their year. Another all-top-half clash comes in the form of Pompey versus Accrington Stanley, with 2nd place Portsmouth likely to be rusty following a spell of isolation following COVID-19 cases.

The Gas kicked off 2021 in style as a two-minute turnaround secured a valuable three points at the Mem.

An early Gary Madine strike brought back visions of a similar clash in the 2019/20 season, as the forward once again smashed into the net in front of the Thatchers inside 10 minutes.

However, much like last season's encounter at the Mem, Rovers would not go down without a fight. A superbly placed strike from Brandon Hanlan put the Gas level on 33, before two minutes later, Nicholson steered a lovely volley into the top left corner.

Both sides had chances of real quality in the second period, but Rovers were able to carve out the win at the Mem. 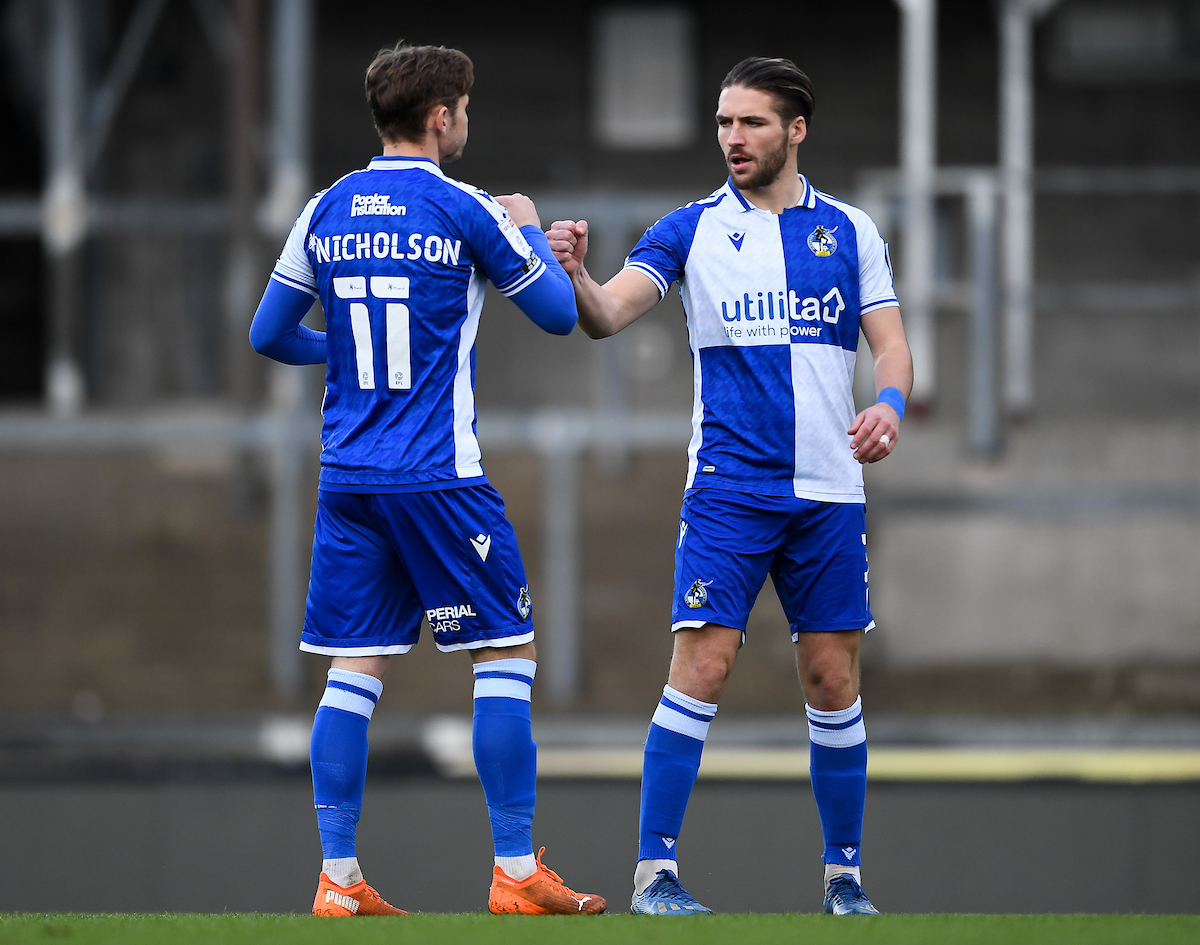 The return of Erhun Oztumer and Zain Westbrooke bolstered Tisdale's selection options, with the pairing both coming into the side for today's game. A consistent defensive line-up has appeared over recent weeks, with Leahy, Kilgour, Baldwin and Ehmer forming the back four once again. A midfield base of Upson and Westbrooke supported attacking options in the form of Oztumer, McCormick, Nicholson, and Hanlan. 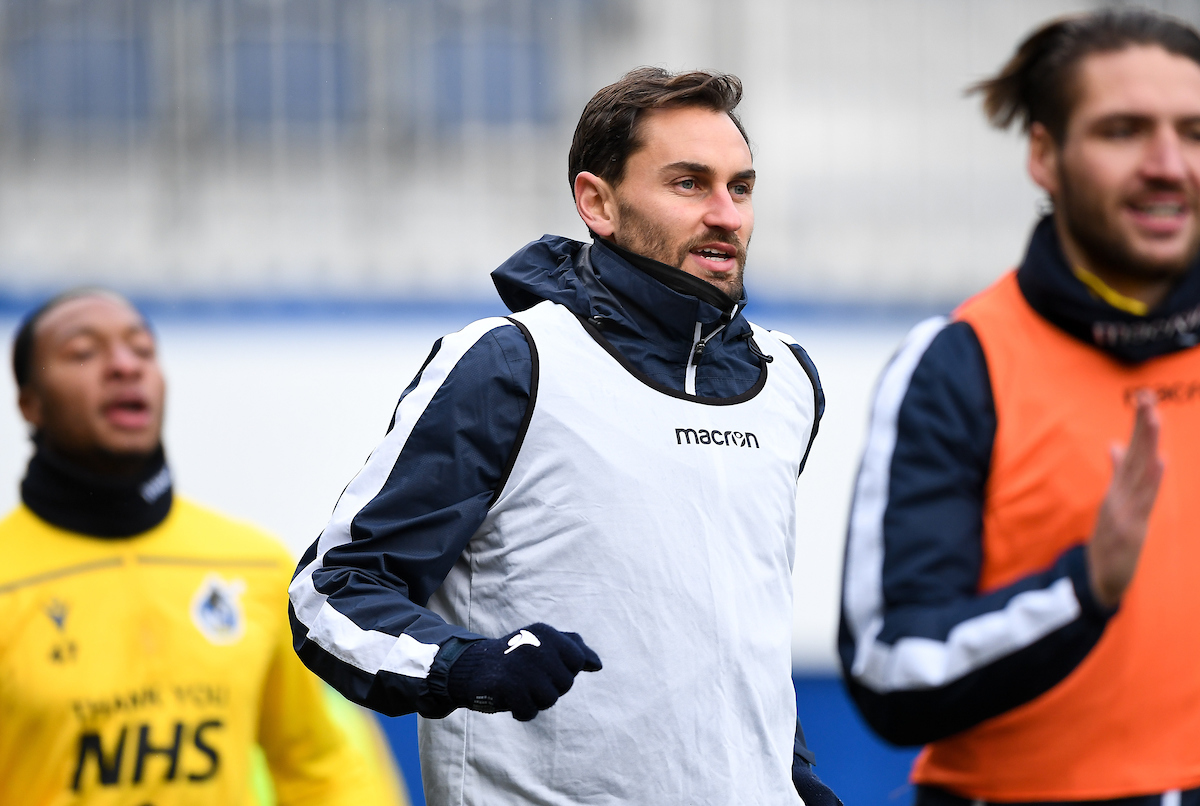 Rovers started brightly on their first return to the Mem since their win against Plymouth Argyle in mid-December, with Westbrooke looking to pick Nicholson out on the edge of the 6-yard box with a square pass. Alert early on though, Blackpool did well to sniff out the danger and clear.

However, it was Blackpool who would strike the early blow, as Grant Ward delivered an inviting ball from the right-flank, curling towards the edge of the 6-yard area. There, Gary Madine arrived to prod into the top right corner past the diving JvS. 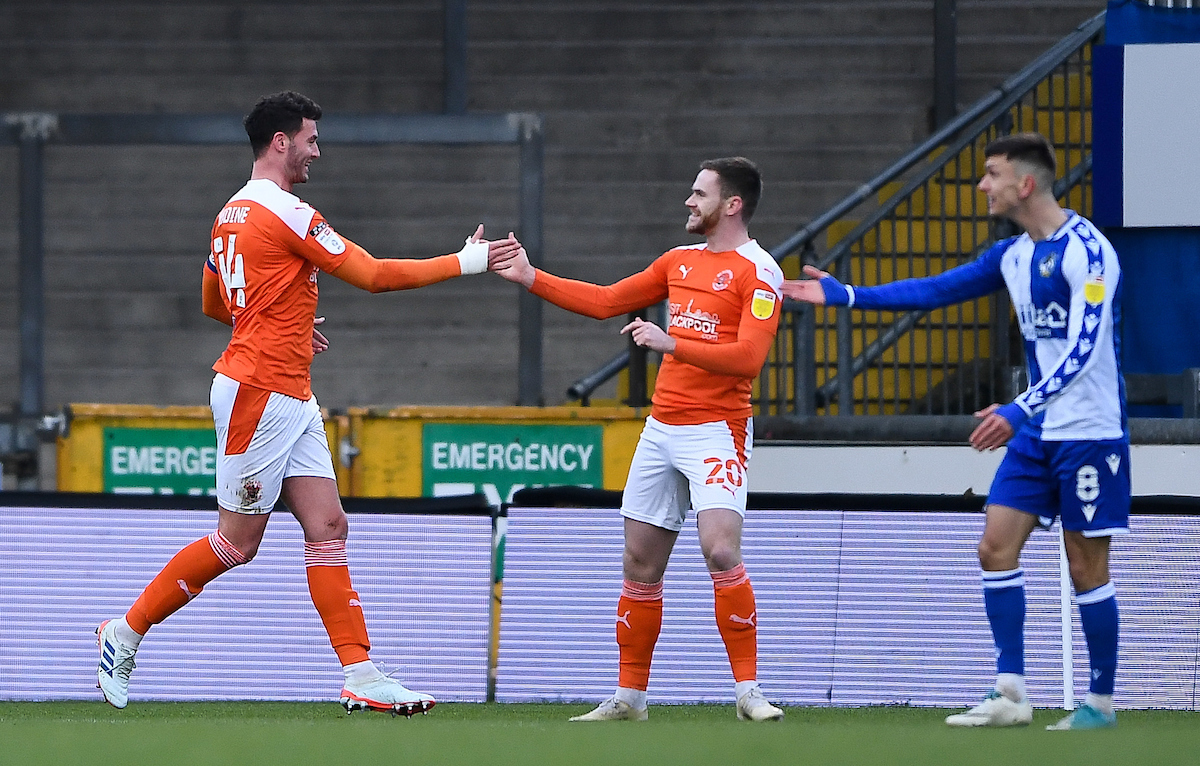 Dan Kemp would ride a challenge from Luke Leahy to make space for a possible second for the visitors just before the 20th-minute mark, but Jack Baldwin was on hang to fling himself in front of the strike and block for a corner.

Yates then dragged a shot just wide from the left side moments later, which sent JvS sprawling, but in the end, cleared his left post.

On a breakaway around the half-hour mark, Keshi Anderson found space between the lines on the left side. However, as the wideman edged into the box, he found himself shown wide by Kilgour before managing to get a neat chip in across goal. JvS saw the ball narrowly miss his gloves, but it failed to find a Tangerine in the box.

Moments later, and seemingly in a bit of a rut in the game, a clinical strike got the Gas level. Picking the ball up in the opposition half, Nicholson pulled the ball out from under his feet, before sliding the ball forward to Brandon Hanlan. There, the forward still had a lot to do from just inside the area, but stroked a superb curled effort into the bottom right, a top finish, reminiscent in style of his goal against Walsall in the cup. 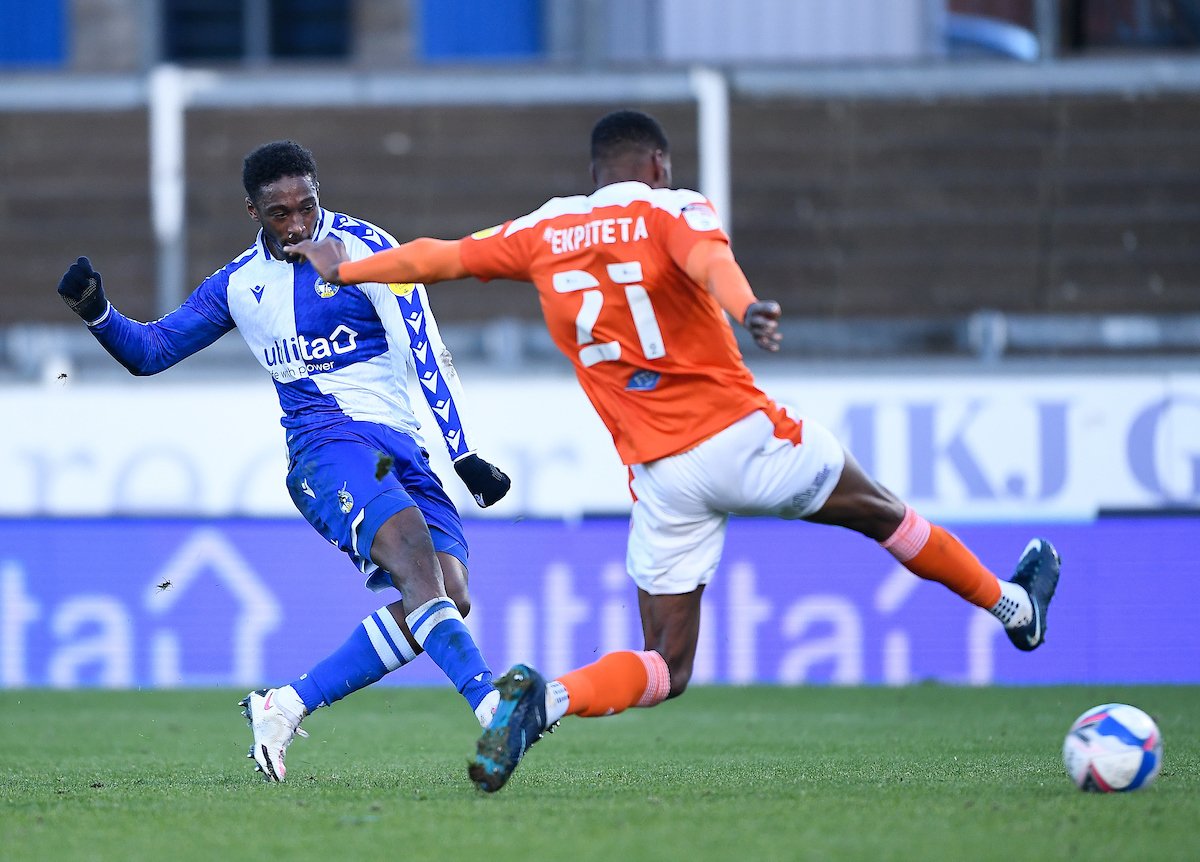 Soon after, Rovers had completed a two-minute turnaround. A ball was floated into the box for Brandon Hanlan to contest, with the forward doing enough to weaken the opposition's attempt at a clearance. The ball was flicked out, but only as far as Sam Nicholson, who took a touch before blasting a volley into the top left corner, leaving the 'keeper rooted to the spot. A lethal combination forming between Hanlan and Nicholson. 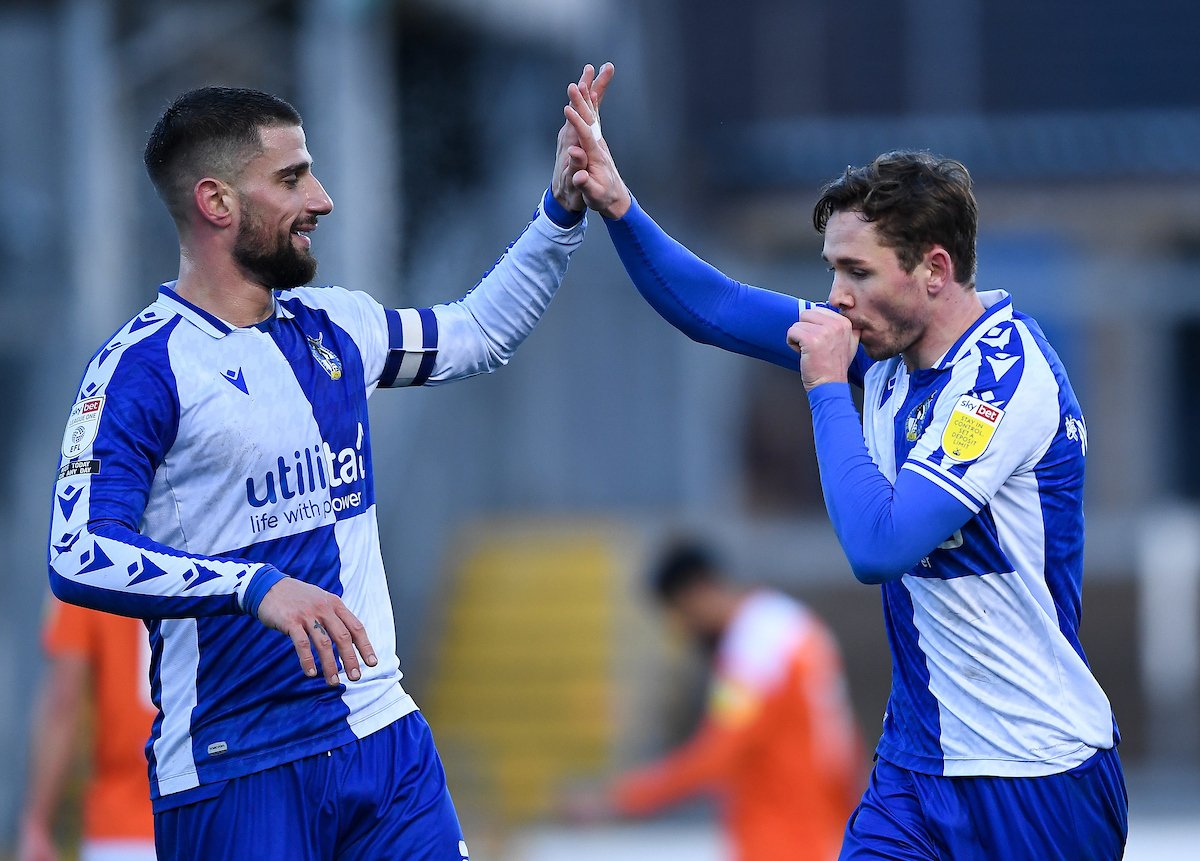 Blackpool threatened soon after, with a dangerous low ball from Turton inviting a sea of players in orange to slide in to make contact. The scorer of the first goal, Madine, came closest at the back post, but saw the ball roll just past his outstretched boot. 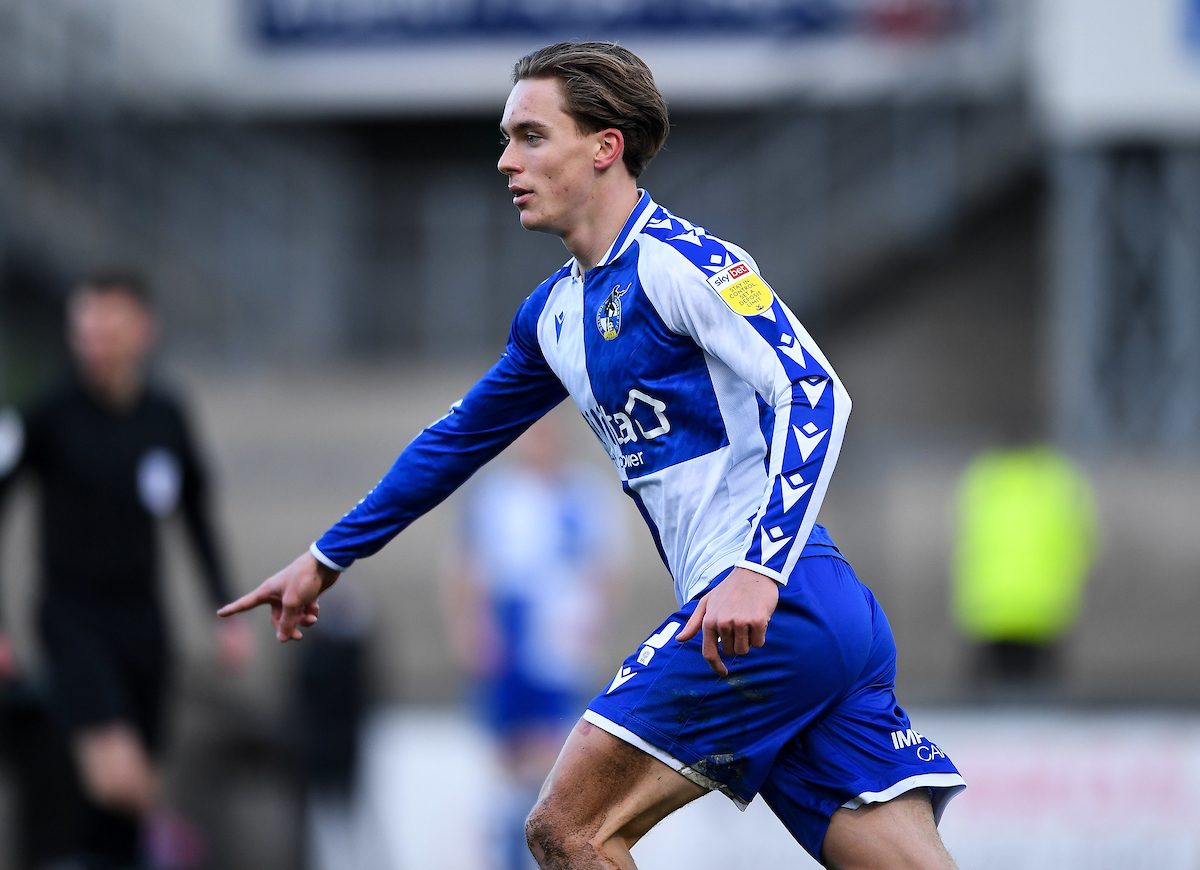 The second-half started with a flurry of activity.

Almost instantly from kick-off Rovers had a penalty, as the ball struck the hand of Grant Ward in the box. Hanlan stepped up to fire from the spot but saw Walker get a vital touch to the ball and save the penalty, with the ricochet taking the strike inches past the right post.

Seconds later, Rovers went as close again, this time from open play as Leahy hit an inviting low ball across the face of goal from the left apex of the area. The cross passed yards in front of Nicholson, but Hanlan arriving late got a fraction of contact on it, not quite enough to steer the ball goalwards, as it rolled wide again, just past the right post.

The chances kept coming from the Gas as Hanlan wriggled into space deep in the opposition box on the right side. He rolled a ball back to Westbrooke who scooped out a strike on his left foot, it took a deflection towards the bottom left corner, but Walker was once again on hand to make a crucial fingertip save low to his right.

Up the other end, Anderson was found inside the area, nipping between Ehmer and Kilgour into space. He shot at JvS' near post but the Dutchman was out well to smother the strike and make the stop.

And that was the first five minutes of the half...

Nicholson would miscue a shot not too long later as he tapped past the 'keeper, putting himself at a sharp angle from the goal. He turned and struck a bouncing ball first time, but spun the ball up across the face of the Blackpool net, with the Tangerines then able to clear. 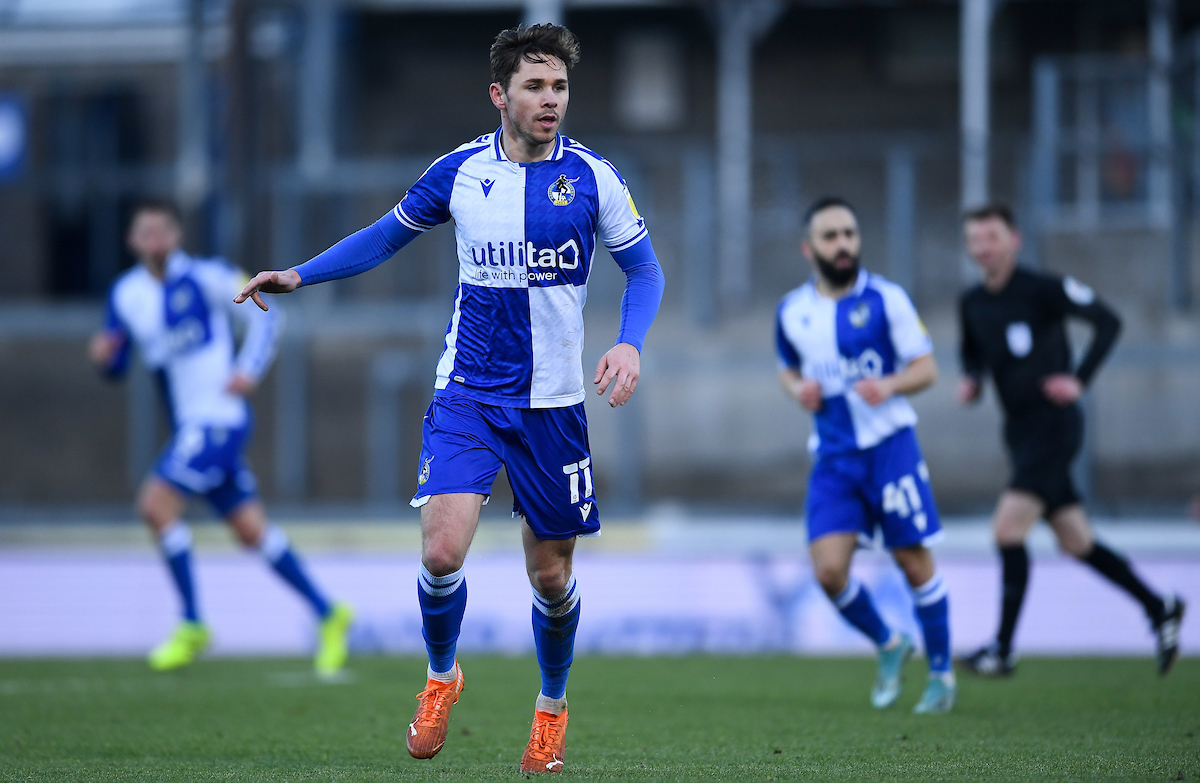 Blackpool found the net just before the hour mark, but the linesman's raised flag quickly quelled celebrations as Kemp chipped JvS at close range following a straight through ball.

A fantastic free-kick delivery from Zain Westbrooke went inches away from picking out Jack Baldwin on the run. The defender lept well but couldn't quite make contact, before Blackpool would clear for a corner at the back post.

Westbrooke would once again cook up a delicious delivery from the set-piece, with left-back Luke Leahy arriving at the ball at the front post to glance a header back across towards the left side. Walker was left stranded this time but was dug out by the crossbar, taking Leahy's header over.

Big shouts for a penalty came on the 64th minute as Luke McCormick cut inside his defender on the right side of the box. Off-balance, Garbutt stuck out a leg to bring down the midfielder, but the contact looked minimal, however, the ref' played on. Blackpool moved quickly to counter, with Ehmer then receiving a booking for a challenge on the breakaway.

Gary Madine almost found a second for himself from a corner shortly after, as a defensive header bounced kindly to the forward in the box. He took a touch to control before firing a low snapshot on goal, needing a crucial Rovers deflection to take it past JvS' net.

Madine then had a headed attempt just beyond the 70th minute as the ball was sharply cut back to him in the box. His effort was goalbound, but for the presence of Alfie Kilgour who reacted well to head it over the bar.

In a good spell for the visitors, Anderson would find himself with a half-chance from the edge of the box, receiving the ball in space about 25 yards out. He struck following a touch to set himself but watched it sail high and wide.

A triple change came on the 79th minute for the visitors, with Mitchell, Lubala, and Woodburn coming on in place of Anderson, Yates, and Kemp.

Late on, Luke Leahy's late challenge saw him given a yellow card with less than 5 to go.

Demitri Mitchell's header prompted a late save from JvS as he connected well with a cross from the right flank. The Dutchman reacted superbly, springing to his left to tip clear.

Lubala then put hearts in Rovers mouths as he brought down a cross deep in the Gas' box, with the goal at his mercy at close range, he swung a leg at the ball, seeing it rise clear of the bar.

Surviving the late scares, the Gas took the 3 points at the whistle, taking them into next weeks home game in the cup against Sheffield United. 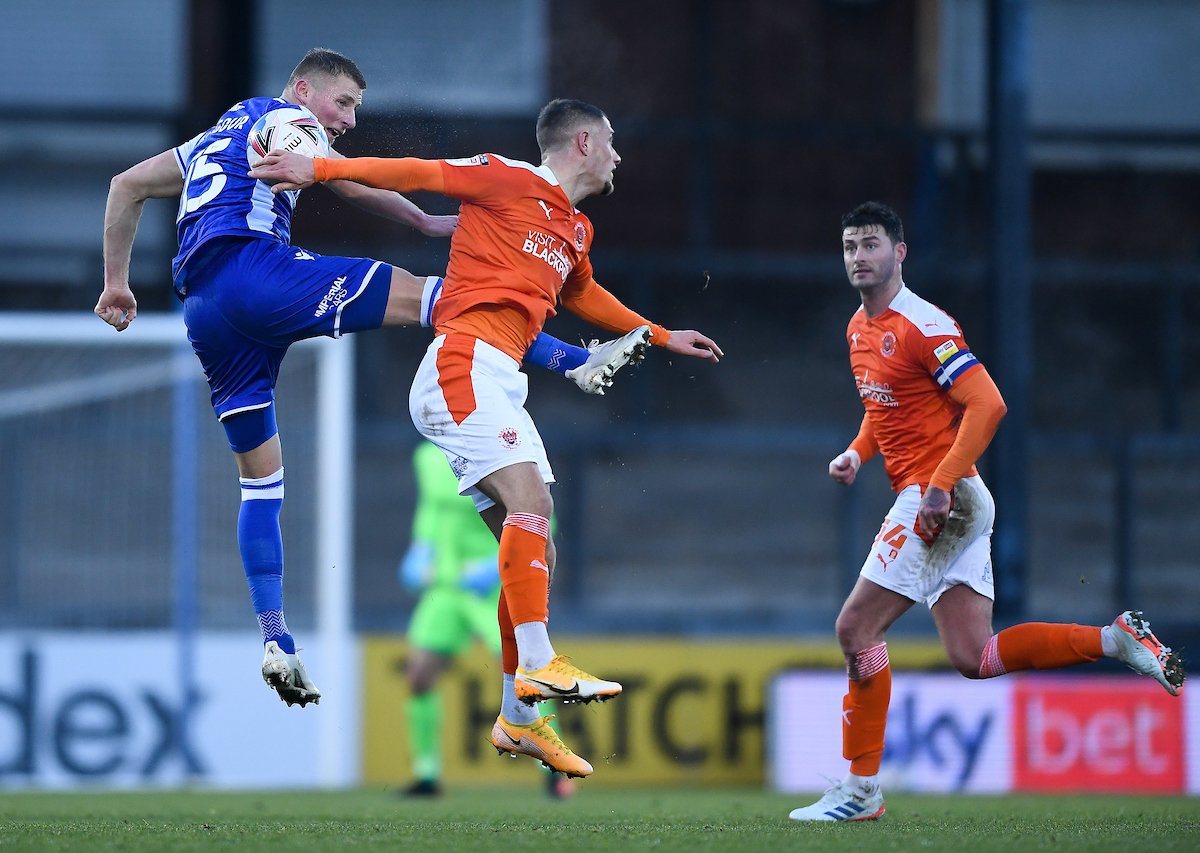 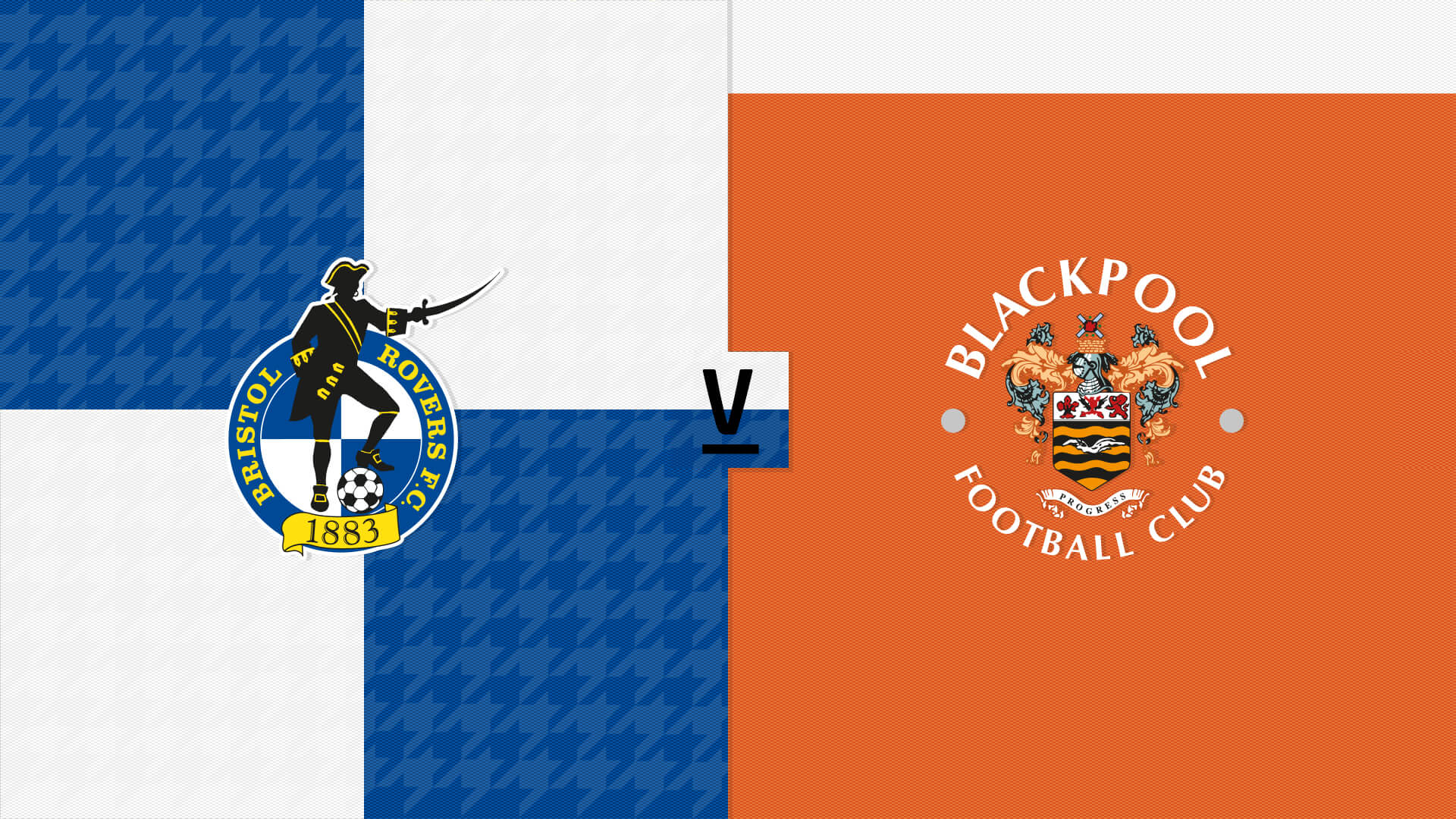 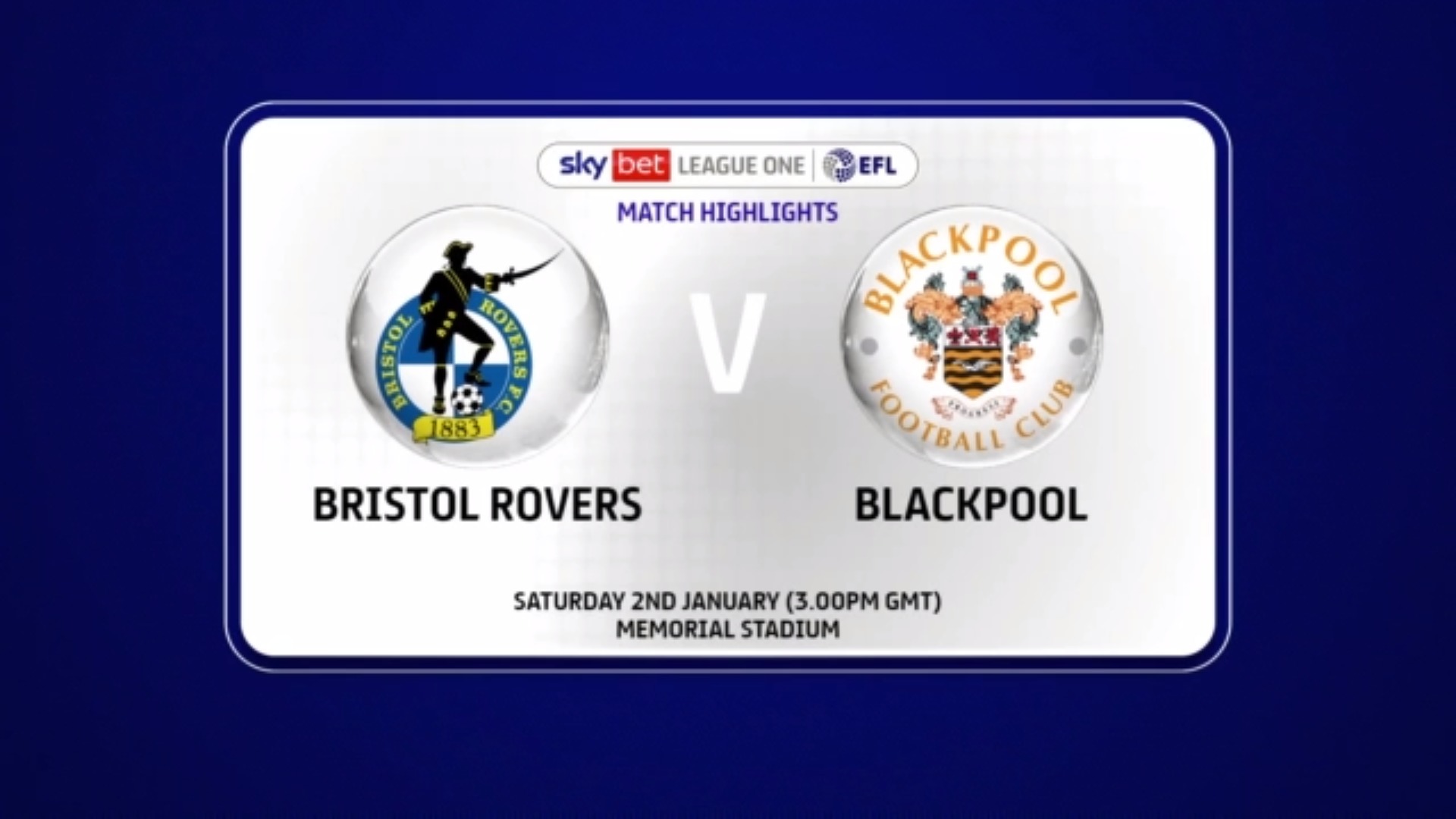 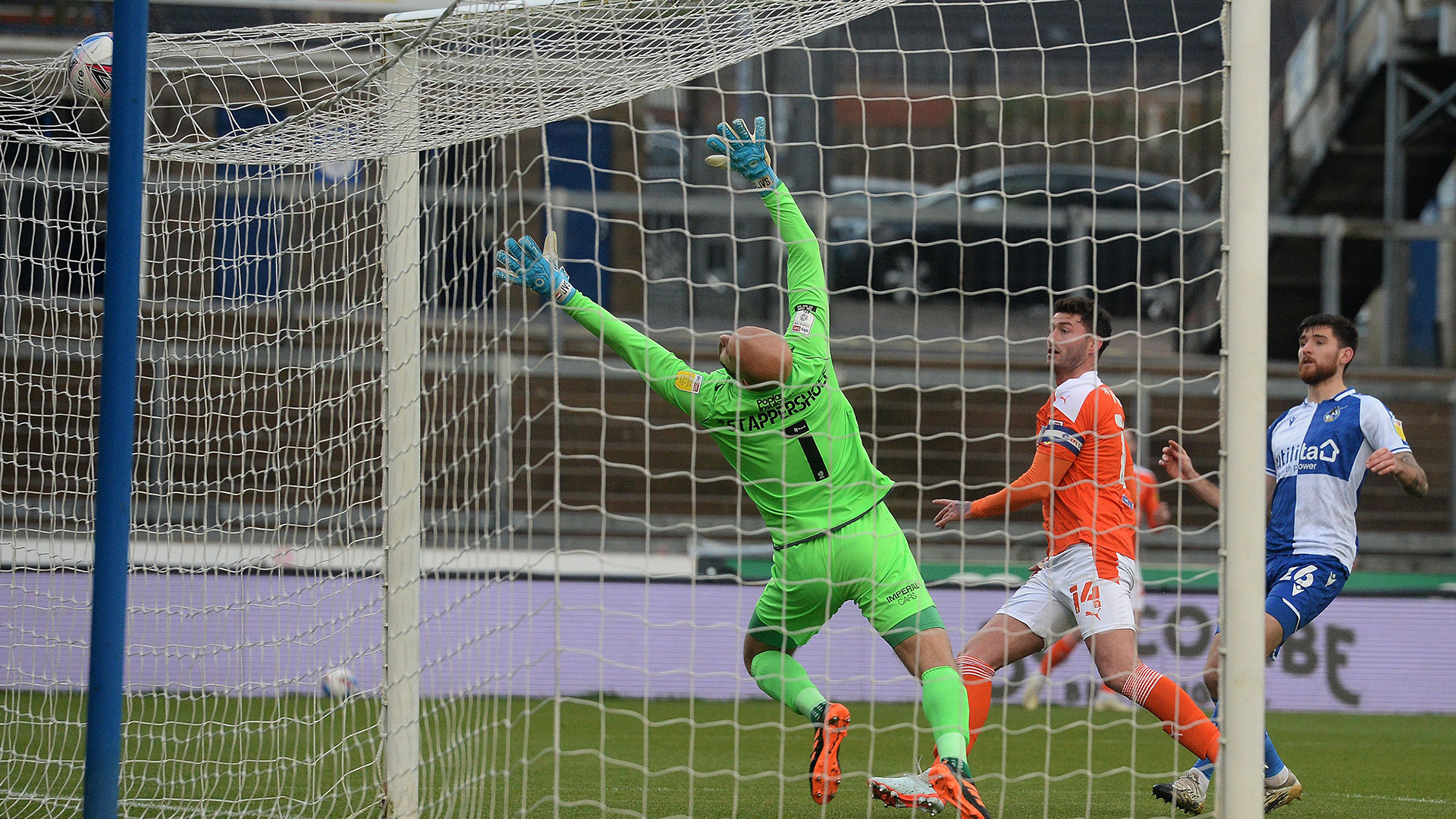