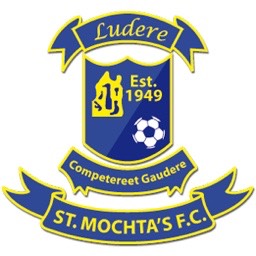 Rovers continued their preparation for the forthcoming season with an emphatic victory over St Mochta's FC.

A first-half hat-trick from Tom Nichols put the Gas firmly in the driving seat, as his combination play with Luke Leahy unlocked St Mochta's FC's defence time and time again.

Progressing into the second half, Rovers continued their dominance over the opposition, scoring goals through Deon Moore, Tyler Smith and Josh Hare to secure a comfortable 2nd win of preseason.

Rovers started brightly, quickly taking hold of possession and working towards the goal. Three minutes in the first chance fell to Tom Nichols as a low cross from Luke Leahy on the left-hand side made its way through a sea of legs to the striker. Nichols kept his head from close range and fired it into the roof net, giving the Gas an early lead.

The flanks were a brilliant outlet for Rovers in the early stages, as Alex Rodman received the ball inside eight minutes before darting past two players with a quick drop of the shoulder. However, his touch was slightly too heavy, and his outstretched leg couldn't quite flick the ball across goal before it ran out for a goal kick.

A St Mochta's free-kick provided a scare for Anssi Jaakkola just past the ten-minute mark, as Jason Marks swept a powerful strike just over the bar from 25 yards out.

Just moments later, Jaakkola was in action again, as he charged down an onrushing striker to claim the ball from his feet.

Leahy almost grabbed his first goal in Rovers colours through an unorthodox effort as Davies found him on the left-hand side. The left-back shaped up to cross the ball but in the end, his a brilliantly weighted dink on goal. The keeper was beaten and relieved to watch the ball glance the post and go wide.

After a short lull in the game, the combination involved in the first goal struck again on the 25th minute. Leahy once again found space on the left side and whipped a delightful ball in towards Nichols who timed his leap perfectly and powered a header past the keeper.

Less than a minute after his second, Nichols had his hat-trick as he displayed fantastic trickery in the box to turn his man before calmly rolling the ball past the onrushing keeper.

On the stroke of the half-hour mark, Bennett almost produced a brilliant finish as a cross deflected towards him. He cushioned it superbly with his left thigh before hitting it on the volley in the same motion. At first, the strike appeared to be going miles wide, but as it flew past the keeper the clang of the crossbar shortly followed, and the ball ricocheted out of play.

Leahy and Nichols seemed to be on the same wavelength throughout the half as they almost combined once again on the 33rd minute, as Leahy arrowed a low cross towards the 6-yard box. Stretching the get on the end of it, Nichols couldn't quite get the touch which almost certainly would have lead to his fourth goal of the evening.

Rodman had been having great joy down the right-hand side but decided to drift inside on the 34th minute to have a go at goal himself. He danced past his man before hitting a straight ball towards the top left corner but watched his strike go narrowly wide.

As the half edged towards its close, Luca Hoole was required to make a last-ditch challenge, as St Mochta's striker managed to feint his way past Jaakkola. Fortunately, Hoole was alert to the danger and sprinted back to make a vital tackle as the forward shaped up to slot the ball into the empty net.

At half time, the entire eleven changed as Graham Coughlan continued to ensure all his squad got minutes under their belts.

Despite the changes in the faces, Rovers dominance didn't change, as they broke through the St Mochta's ranks on the 52nd minute. Josh Hare received the ball towards the byline on the right side, before knocking a pass into the path of Deon Moore, who prodded the ball into the bottom left.

Not long after Moore's goal, Liam Sercombe attempted to add to the scoreline through a well-worked free-kick but saw his effort curl over the bar from 25 yards out.

Just past the hour mark Ollie Clarke forced a save from the opposition's keeper after striking a knockdown from Tyler Smith on the volley. However, the shot lacked impetus, and bubbled its way towards the centre of the goal, making it easy for the goalkeeper.

As the game passed the 70th minute, Tyler Smith took the opportunity to open his account for the Gas, showing brilliant technique to take down a fast-paced ball in the box. As he took his first touch, he turned his man before lacing it into the bottom left corner from close range.

Just minutes later, another summer signing had his first goal, as Josh Hare stroked a Lucas Tomlinson into the left side of the net from just inside the box to make it 6-0.

With 15 minutes to go, Deon Moore thought he had his second of the game as Smith played a low ball across the face of goal, however, as Moore booted his shot into the roof of the net, he looked across to the touchline to see the linesman had raised his flag. 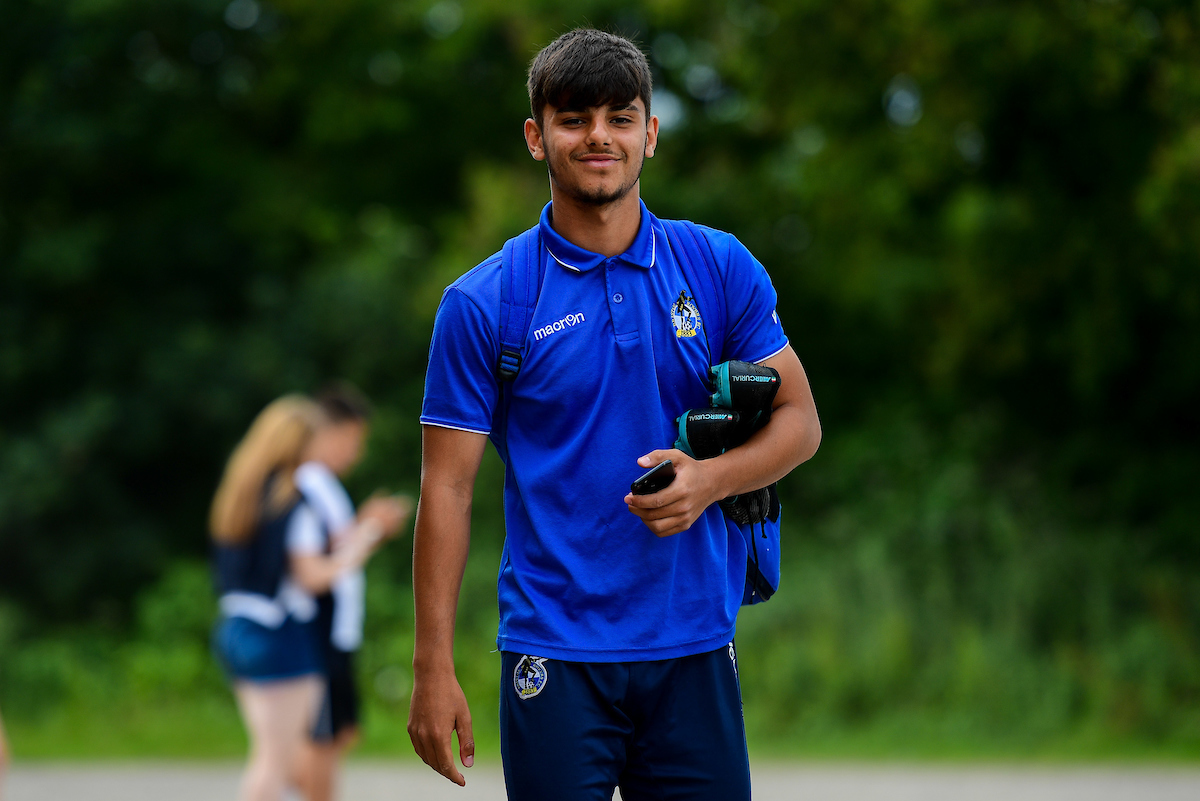 With just five minutes remaining Moore went close again, this time hitting the bar after connecting with a brilliant Josh Hare cross. However, he saw his header hit the bar before dropping onto the keeper and deflecting away.

Lucas Tomlinson got himself on the scoresheet moments later, as the youngster stroked home a cutback from Tyler Smith into the net to make it 7-0 and to finish the goalscoring for the evening.