All the information you need ahead of the Gas' midweek clash.

Rovers host Tranmere Rovers on Tuesday, looking to repeat their performance at the same time and same place last week as they beat Cheltenham 3-0 in the Carabao Cup.

In between that game and this coming fixture, Rovers suffered a 2-0 loss away to Coventry City, but the Gas may feel hard done by, as Tom Davies' second-half header was ruled out by the referee before Coventry added a second.

This game signals the start of three home games in a row for Graham Coughlan's side, as they play Oxford United on Saturday before hosting Brighton Hove & Albion a week on Tuesday.

Coach's Preview: Manager Graham Coughlan took questions from the press on Monday morning, stressing his confidence in his side's ability and in his own coaching staff's quality.

Player's Preview: Abu Ogogo also sat down with the local press at the training ground to offer his view on Tuesday's encounter, and to reflect on Saturday's game against his former side.

Opposition: Tranmere will be buoyed by an impressive scoreline over strugglers Bolton Wanderers in their last outing, where they smashed five past the youthful Bolton team to no reply. The three points claimed in that game were their only ones of the season however, as they suffered a 2-0 loss to Portsmouth and a 3-2 defeat to Rochdale in their other league games this campaign.

Last Encounter: With Tranmere Rovers being one of the sides promoted from League Two last season, it has been a while since the Gas last faced them in the league. Though they did meet in an FA Cup fixture in 2014, one the Gas lost 1-0, the last league meeting between the two sides produced the reverse scoreline, with Chris Lines scoring the only goal in a 1-0 win in 2011.

Travel and Ticket Information: Online tickets for this fixture will be available until midnight on Monday,19th August for supporters wishing to collect tickets on the day, whilst a 'Print @ Home' option will remain available up until 2 hours before kick-off.

Keep Up to Date with iFollow: Supporters who are based in the UK and can't make it to the Mem on Tuesday evening can watch our Sky Bet League One fixture live on iFollow for just £10. Please note that domestic subscribers – who have subscribed to audio packages – will still need to purchase a match pass if they want to watch the game. To purchase a match pass for the game - please click HERE.

Rovers record their first three points of the season at BS7.

Jonson Clarke-Harris' first half goal was backed up by a late Tyler Smith penalty to secure victory under the lights at the Mem, in what was a dominant display.

JCH headed home from a superb Josh Hare cross just five minutes before half time, topping off what was a strong first-half display from Graham Coughlan's side.

The home side managed the game well in the second period, helped by the dismissal of both Blackett-Taylor and Oliver Banks, as Tranmere were reduced to nine men.

Smith added his third goal in seven days with a late penalty, after the striker was fouled inside the box and dusted himself home to score the spot-kick. 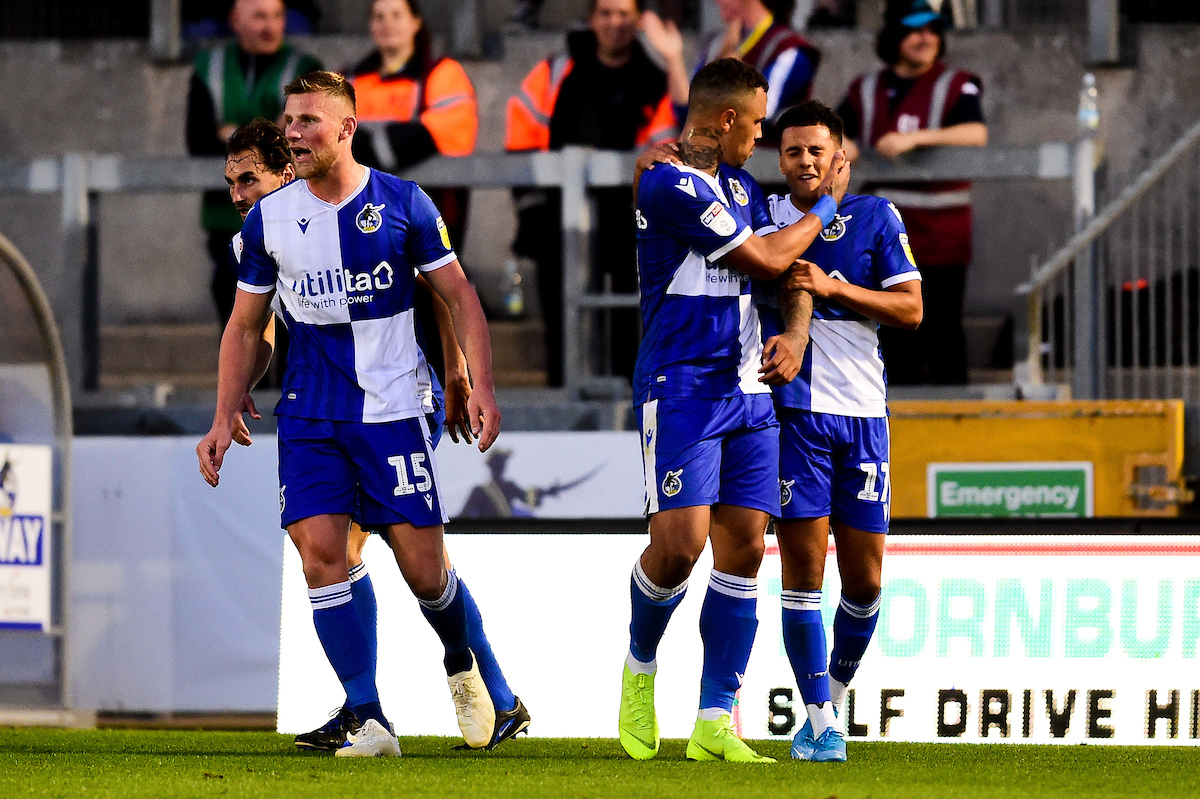 In the early exchanges, a set-piece from Josh Hare resembled the first opening of the game, as right-back stuck a set-piece that looked like it may trouble the 'keeper, but saw the effort deflected off the Tranmere wall.

It was another set-piece that saw Rovers amount a further opportunity on goal, ten minutes after Hare's effort. From a similar location, this time Clarke-Harris was tasked with taking the free-kick, opting to drill an effort with his left foot that carried too much height to test Davies in the Tranmere goal.

Rovers looked lively on the break and looked to deploy men forward at every given opportunity. Clarke-Harris' low effort from range took a deflection that set the ball off target. From the resulting corner, Luke Leahy curled an inviting cross that narrowly missed the handful of Rovers players in the mix.

A week on from his brace against Cheltenham, Tyler Smith had the opportunity to add to season goal tally midway through the first half. A clearance upfield looped high over the Tranmere back four, as Luke Leahy cushioned the ball into the path of Smith, who was operating in a pocket of space. The striker waited for the ball to sit on the deck, before shifting inside, but was unable to get purchase on the shot and his scuffed effort veered wide of the target.

Smith had a more clear cut chance moments later, as Josh Hare cross swung towards the striker in the middle of the box, who glanced his header wide of the goal while unmarked six-yards out. 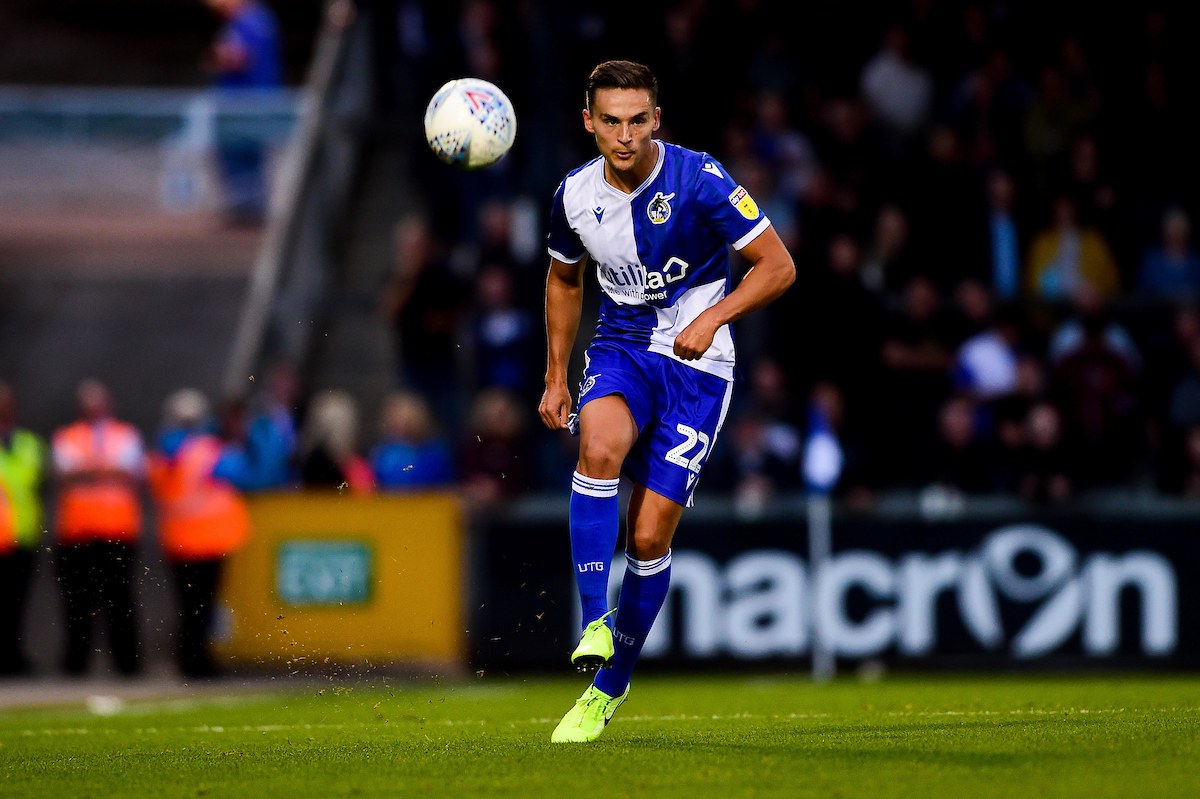 After dominating the first-half Rovers got their just reward a little over five minutes before the break. The breakthrough came down the right, as Josh Hare was able to advance forward and whip a delightful cross that picked out Clarke-Harris, who guided a bullet header back across that settled into the bottom corner.

The goal sparked more positive play from Rovers, who could have easily score again moments later. It was Abu Ogogo who went close, as the midfielder recycled a clearance from a corner and sent a low volley towards goal that bobbled across the surface and required attention from Davies, who saw the attempt late due to the congested penalty area. 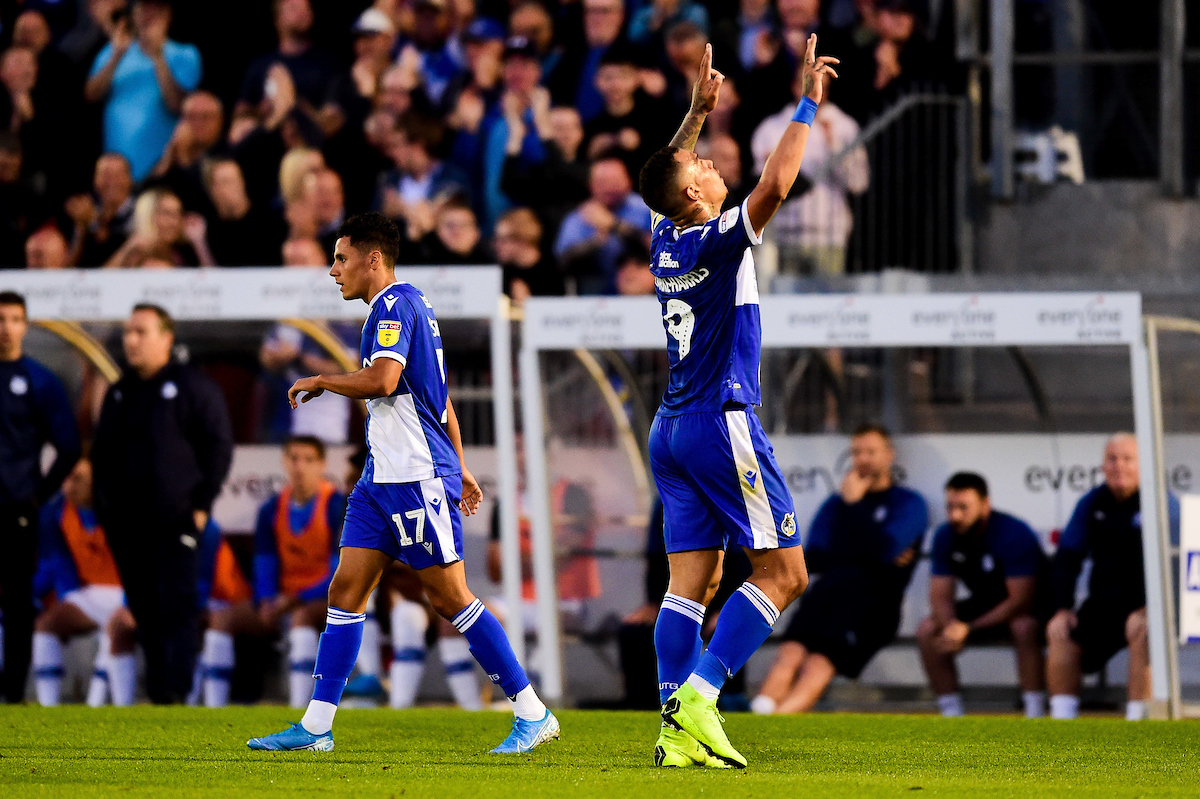 After the interval, the visitors were reduced to ten-men just minutes after the restart. Blackett-Taylor was shown a straight red card for a shove to Ollie Clarke that caught the Rovers skipper square in the face.

Rovers, spurred on by the dismissal and a buoyant crowd, kept registering chances. From the set-piece that followed the red card, Clarke-Harris was on hand to dart a powerful header towards goal, that was pushed away by Davies. Kilgour was the man on the follow-up, but couldn't quite turn the loose ball back towards the Tranmere goal.

Tranmere saw a further man dismissed on the hour mark, as Oliver Banks picked up a second caution for a clumsy challenge on the byeline on Luke Leahy.

Full of energy and with the backing of the crowd, Rovers weren't content with sitting back on their one-goal lead. The industrious Tyler Smith went close with an inventive effort, guiding a side-footed effort towards the far-post that smuggled wide of the target, with Davies rooted in the middle of the Tranmere goal.

Inside the final twenty minutes, Rovers controlled the pace of the game and limited any opportunity on goal for the visitors.

Luke Leahy had a late chance to add the security of a two-goal cushion but saw a right-footed effort drift wide of the goal.

That two-goal advantage did come late on, as Tyler Smith was bundled to the ground inside the Tranmere box, as the striker calmly dispatched the spot-kick to set Rovers towards three points.

Tom Nichols almost made it three at the death as he was set through one-one-one, but his effort was well saved.

Supporters can purchase tickets in person from our Superstore - which is open 9am-5pm, Monday-Friday and open 9am-12:30pm on Saturday.

Online tickets for this fixture will be available until midnight on Monday, 19th August for supporters wishing to collect tickets on the day.

Supporters are reminded that on the day sales are offered from the match day ticket office, that is located behind the Thatcher's Terrace.