After defeat by Doncaster on Tuesday evening, things don’t get any easier for Rovers, as they entertain leaders Luton Town on Saturday.

The Hatters have had a remarkable season starting the season in the relegation spots. It took them 15 games to reach a Play-Off position and by the 29th game they had reached the pinnacle, where they have remained ever since.

So dominant are the Bedfordshire team that they are top of the form tables both home and away. They have also been buoyed by news that planning permission for a new stadium just a mile away from their current cramped Kenilworth Road ground.

Town’s last game was, interestingly a 4-0 victory over Doncaster at home last Saturday. The hosts took the lead on 34 minutes when Pelly-Ruddock Mpanzu was given time and space to finish side footed from 15 yards into the bottom corner. It took 12 minutes of the second half for the Hatters to double their advantage. Impressive full back Jack Stacey was given time to drive for the bye-line and cut a ball back which substitute Luke Berry curled on goal only for Danny Hylton to get the vital touch beyond Marko Marosi.

The game was wrapped up the game eight minutes from time. Sweeping forward on the break, the ball was fed through to Kazenga LuaLua who finished confidently beyond Marosi. There was still time for one more with Berry working space on the edge of the area before smashing a shot high into the goal. Doncaster were outclassed in every department, a point underlined by Luton having 29 efforts on goal to the paltry four mustered by the visitors.

“Some of the defending, the shape of the back four was excellent and going forward we were a threat all afternoon, in terms of different kinds of chances, we put the ball in the box, we looked dangerous from set-plays, we looked dangerous on the counter-attack, so overall it’s a real pleasing performance and I am just so proud of the players.”

“Absolutely proud of the players and it’s testament to them, because each and every day they come in, they work hard on and off the pitch, they’re a great group and I have got to be honest with you, the fans shouldn’t be singing my name, they should be singing the players’ names.”

Rovers have a long history of games against Luton Town going right back to the inaugural Division Three Season. Rovers won both those games, 2-1 (goals by Sid Leigh and an o.g. by Fred Tirrell for Rovers and Allan Matthieson for the home team) at Kenilworth Road on New Years Day 1921 and 5-0 at Eastville on 29 March with Leigh (penalty), Ellis Crompton, Bill Palmer, and Harry Boxley (2) scoring Rovers goals.

In fact, despite meeting every season it wasn’t until 26 September 1925 that the Hatters recorded their first victory over the Pirates, a 1-0 win in Bedfordshire at the 11th attempt. But the tables had really turned and it was another 16 games before Rovers won!

Without doubt the most notable match between the teams occurred on 13 April 1936 and it was certainly an unlucky day for Rovers. Town’s Joe Payne notched up a record 10 goals that day as his team recorded a 12-0 win over the hapless Rovers. Payne later recalled that one of those goals even went in off his backside! The teams had met 3 days before at Eastville and fought out a 2-2 draw, but there was no Joe Payne in the Hatters line-up. The previous January Rovers had gone down 6-2 at Kenilworth Road.

The last time the teams met at the Mem was on 2 January 2016,  as Rory Gaffney scored twice for the second successive game. On loan from Cambridge at the time, he fired home on the hour after Tom Lockyer's header was cleared off the line. He made sure of the points 12 minutes later, scoring the rebound after keeper Mark Tyler fumbled his first shot.

There hasn't been much to separate the teams down the years, but the Hatters do slightly have the upper hand, winning 37 games, losing 31 with the other 24 drawn.

Kazenga LuaLua has drawn praise from Mick Harford after his performance against Doncaster, “Kaz is magic in the final third and he creates all kinds of things. He’s a nuisance and I thought he had a great impact on the game. We’re absolutely thrilled for him, he’s been patient, he’s waited his time and he’s gone in there and I thought he was excellent.

“We’re just so happy for him as he’s such a super lad around the place. For him to get a goal, contribute the way he did, it’s brilliant, for us and for Kaz. He makes it difficult for defenders, he’s so strong and powerful. If you get too tight to him, he’ll turn you and he’s just got a really good understanding of the game.”

Team-mate Luke Berry was another player to praise the manner in which LuaLua went about his business on the day. He said: “He holds the ball up well, he’s so strong and his low centre of gravity is just phenomenal. He always looks a threat on the ball and he’s great to play with.”

Online tickets for this fixture will be available until midnight on Friday, 29th March and we are now able to offer a 'Print at Home' service for tickets purchased online (please note that these tickets must be printed at home or shown on a compatible mobile device). More information on how to use our Print at Home service can be found HERE. 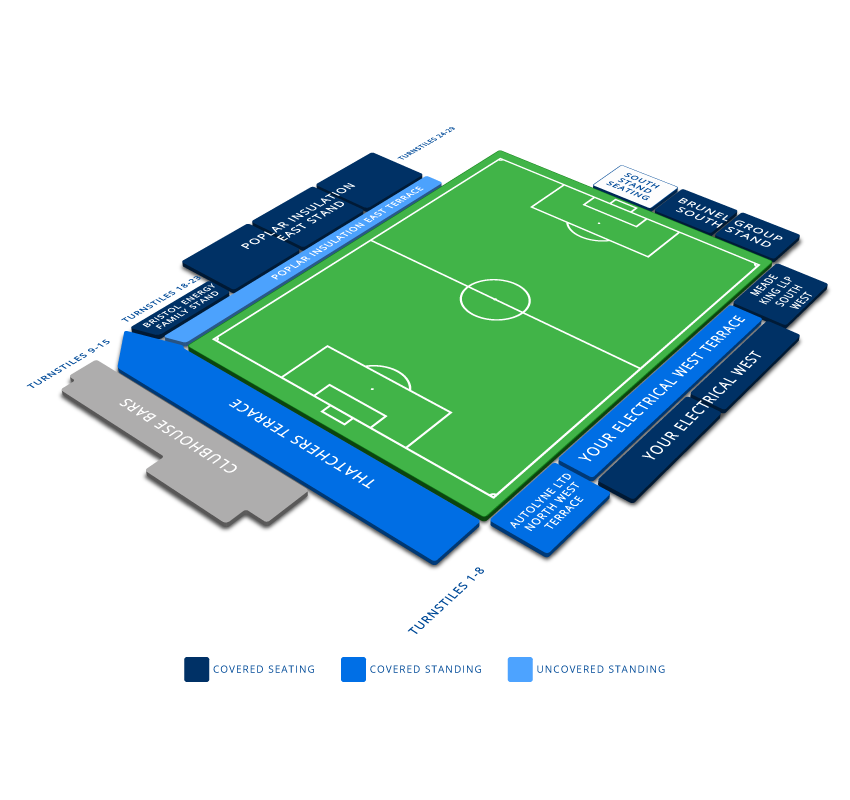 Away supporters should note that Luton's allocation is all SOLD OUT and no tickets will be available on the day to away fans.