All the content you need ahead of Saturday's clash with Bradford City at the Mem.

Rovers: The side head into this game unbeaten in four games and having only conceded two goals in those matches, whilst also addressing their away form by picking up draws in their last three trips. Back at the Mem, Rovers have been strong and were victorious last time out at BS7, coming from 1-0 down to win late in dramatic fashion thanks to goals from Stuart Sinclair and Liam Sercombe.

The Gaffer's view: Darrell Clarke spoke at his weekly press conference on Thursday morning to preview Saturday's game, whilst also touching on the transfer window, his side's form and new signing Bernard Mensah.

Opposition: Bradford City came out second best in their most recent outing, losing 2-1 away to 21st placed Northampton last weekend. Stuart McCall's side is somewhat depleted at the moment with a number of injuries amidst a slight blip, which has seen them lose three of their last five and also crash out of the FA Cup to League Two Yeovil Town. Despite that, they still remain 6th in the league and in contention for a play-off spot, having lost out narrowly in last year's final to Millwall.

Last Meeting: The reverse fixture at Valley Parade was one to forget for Rovers, as they fell to a 3-1 defeat. Billy Bodin's 81st minute strike acted a mere consolation as the Bantams claimed all three points back in September last year. 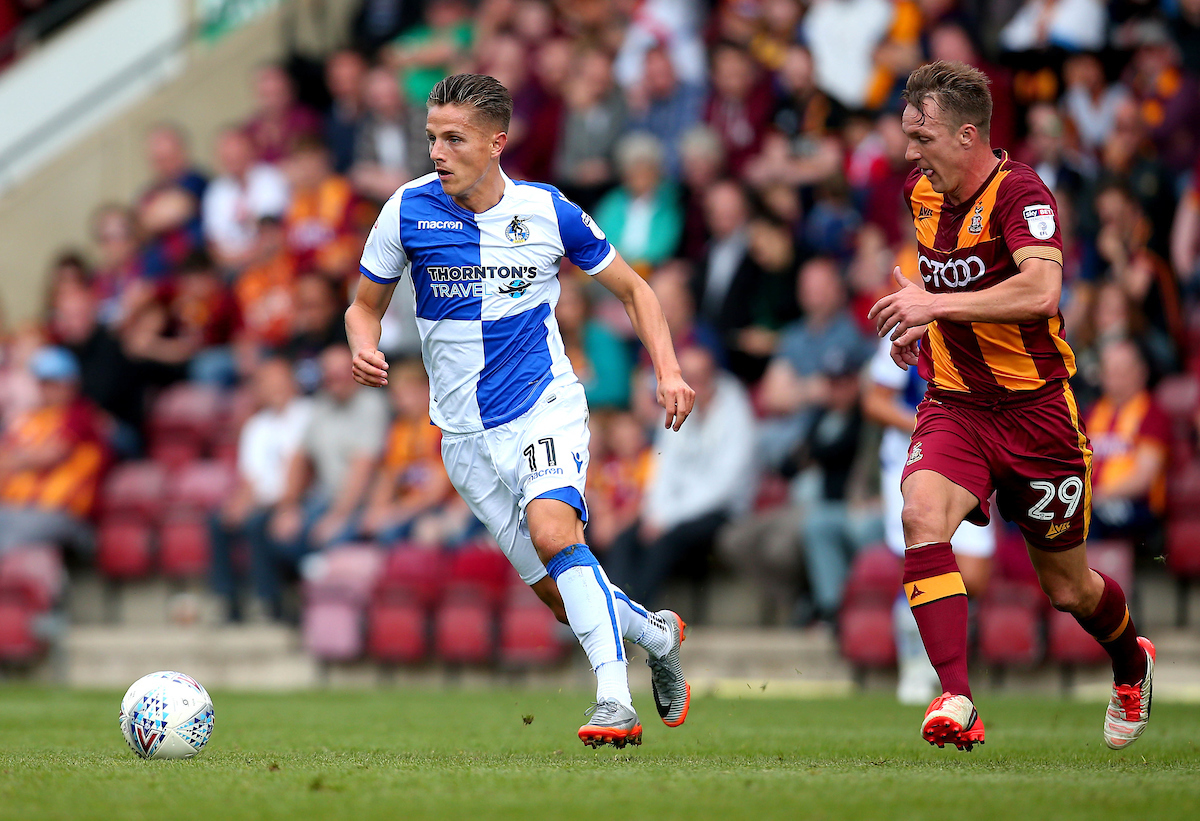 Tickets: You can make a saving by buying advanced tickets which are available online until midnight tonight, or you can purchase them in the club shop until 5pm.

Alternatively, you can grab tickets on the day as early as 9am, at an increased price.

Last Chance to Save on Saturday's Game

Joe Partington, Chris Lines and Liam Sercombe were all on target as Rovers came from behind to win again at the Mem, as they beat Bradford City 3-1.

It didn't look like it was going to be Rovers day after they fell behind on the 37th minute as a result of a Charlie Wyke penalty after Ollie Clarke was judged to have handled the ball in the area.

The home side had been dominant in the first half and would've felt hard done by to be behind, but a stellar second half performance earned them all three points.

Partington scored his first goal for the club shortly after break, before a Lines penalty put them in front inside with just seven minutes remaining, with Sercombe making sure of the result shortly after with a cool finish.

There was just one change to the side that picked up a point in Blackpool last weekend, with Tom Broadbent making his first start since signing a new deal, meaning Ryan Sweeney dropped down to the bench. 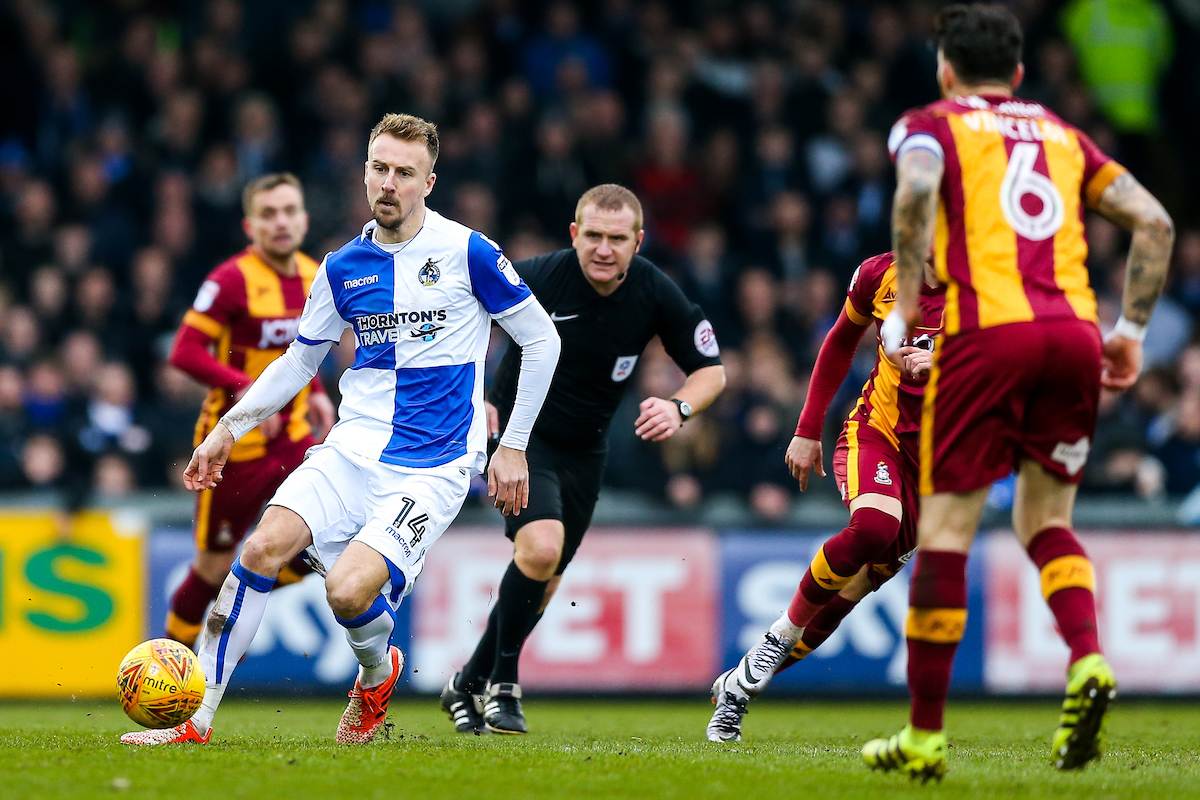 Rovers began the game on the front foot, and had a great opportunity to take the lead after just six minutes.

Rory Gaffney did brilliantly to win a free-kick to the left-hand side of the box, which was lofted in expertly by Lines and met by Tom Lockyer at the back post, but his header drifted just wide of the post.

Gaffney then won another free-kick in an identical spot two minutes later, which was again delivered by Lines, and after a couple of ricochets fell to Stuart Sinclair, whose header was tame and comfortably saved by Rouven Sattelmaier.

The forward was involved once again, when Ellis Harrison skipped past his man and played his strike parnter in down the outside of Matthew Kilgallon who Gaffney tried to sell a dummy to set up a one on one, but he was stifled by a last gasp tackle.

Darrell Clarke's men were knocking on City's door and Sinclair had a brilliant chance to open the scoring, rifling a volley from the edge of the box that was goalbound until it deflected out for a corner.

Despite Rovers' ascendency, Bradford drew first blood in the 37th minute, with Wyke converting from the spot after Ollie Clarke was alleged to have handled the ball in the penalty area, much to the discontent of the home players and fans who felt it was ball to hand, not vice versa.

The Bantams could have doubled their lead before the break, with Tyrell Robinson racing in behind the Rovers defence and past Lockyer, but couldn't keep his composure as the winger drove his effort over the bar. 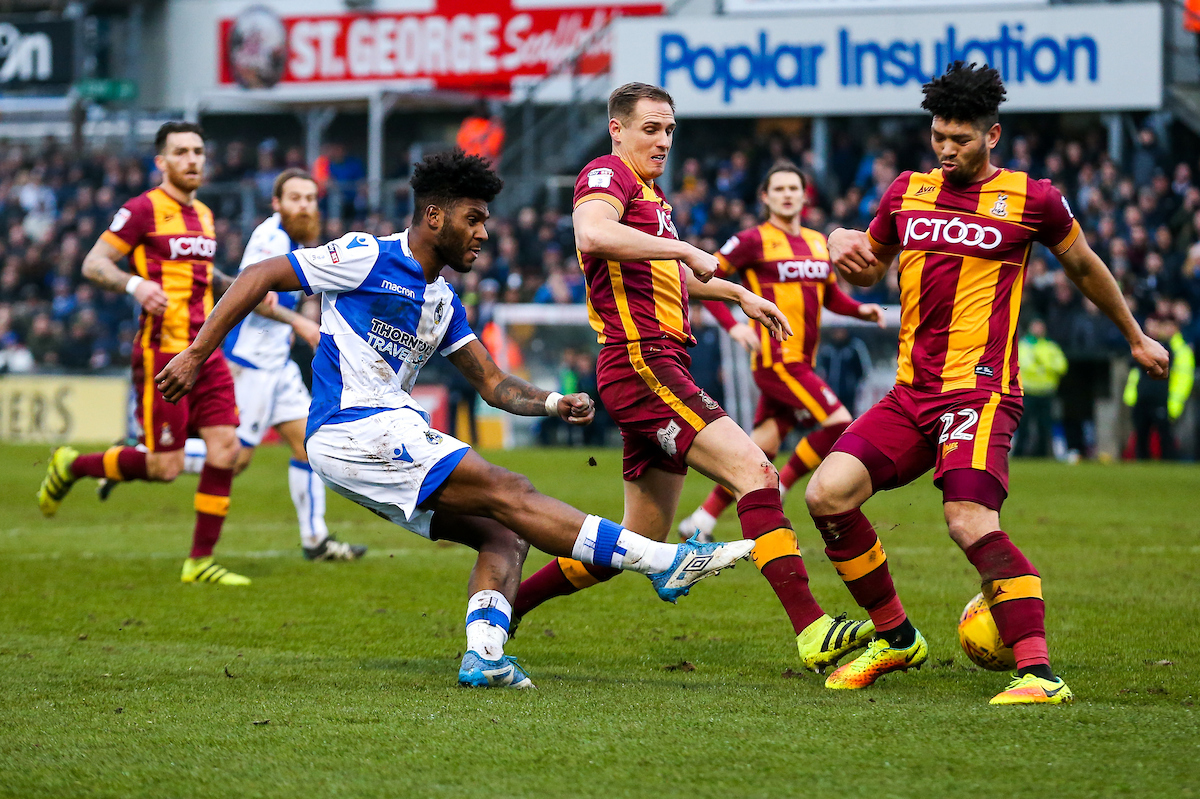 The hosts came out in the second half and immediately went in search of an equaliser, with Gaffney driving at the defence with options either side and a particularly promising one to his left in the shape of Sercombe who was free, however Gaffney went the other way and his pass was cut out.

Seven minutes into the second half and Rovers got exactly what they deserved, when Partington scuffed home a corner with his left foot to notch his first goal for the club.

Clarke's men had their tails up and were inches away from going in front, With Clarke arriving late on the edge of the box to strike a cross-box tee up from Lines, that trickled past the post.

Sercombe kept finding himself in useful pockets between midfield and attack, twice firing good efforts at goal, with one just wide and another forcing a strong save from the City stopper.

Rovers were still having to remain dilligent at the back, with Robinson looking a threat down the left side and on 65 minutes nearly teed up Jake Reeves for a volley 18-yards out, that was blocked well by Sercombe.

Clarke made his first change with little over 20 minutes left on the clock, with Tom Nichols entering the fray in place of Gaffney.

Sercombe was still looking for find the net from distance, with the midfielder once more firing a decent effort towards goal, that flew just wide.

With 10 minutes remaining, Bernard Mensah was handed his Rovers debut, coming on for Clarke.

Three minutes later, and the Gas got further reward for their efforts, with Harrison juggling the ball skillfully in the box before being hauled down to earn his side a penalty, which Lines duly dispatched in front of an ecstatic North terrace.

It got even better for Rovers with the Bantams leaving themselves open at the back in search of an equaliser, which Sercombe capitalised on as he drove down the left flank, cut inside and clinically curled home into the bottom right corner.

There was even further chances to add more gloss to the result in stoppage time for Harrison, although he couldn't convert but it didn't matter as Rovers made it two wins in two at home in 2018. 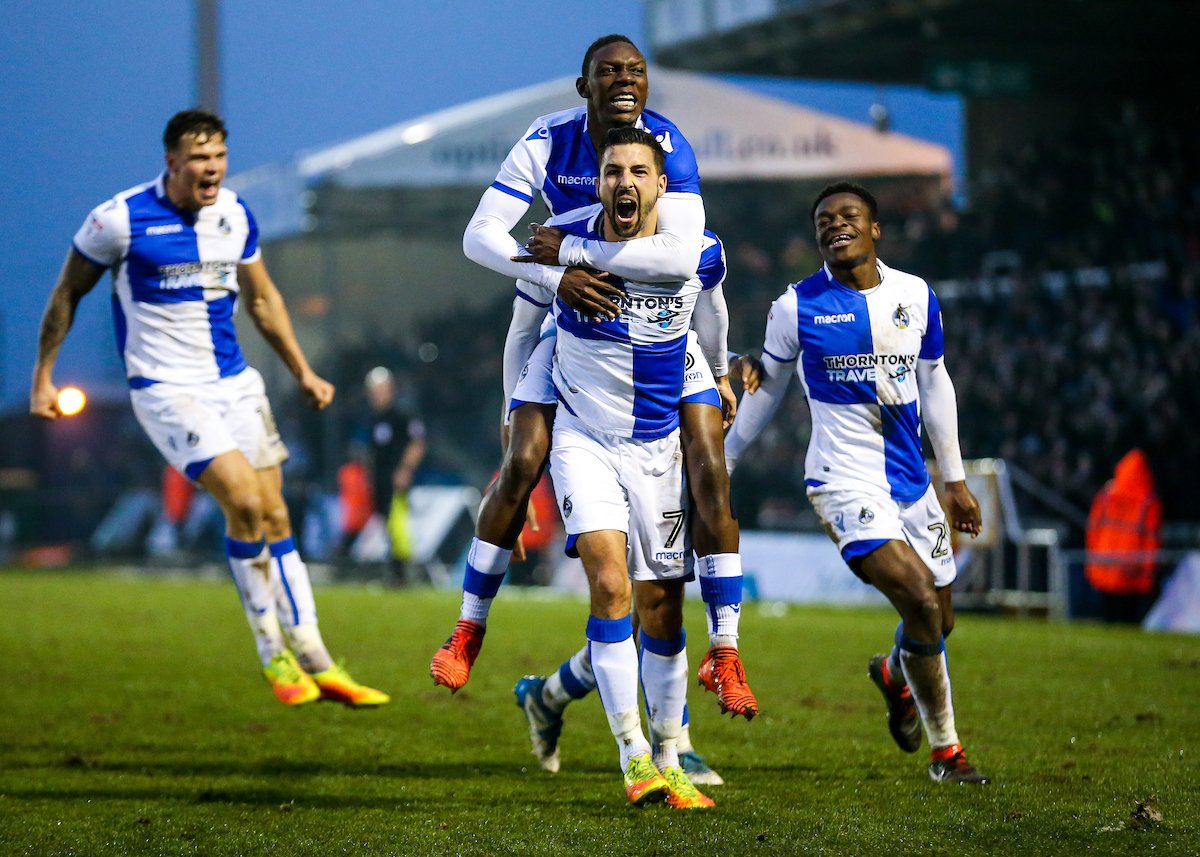