Two goals from Aaron Collins and a super solo goal from Elliot Anderson swept aside Harrogate Town to send the Gas to within touching distance of the playoffs.

Rovers went into the game unchanged from Tuesday's win against Crawley Town in West Sussex with the only change being Jed Ward coming in for Anssi Jaakola on the Rovers bench. 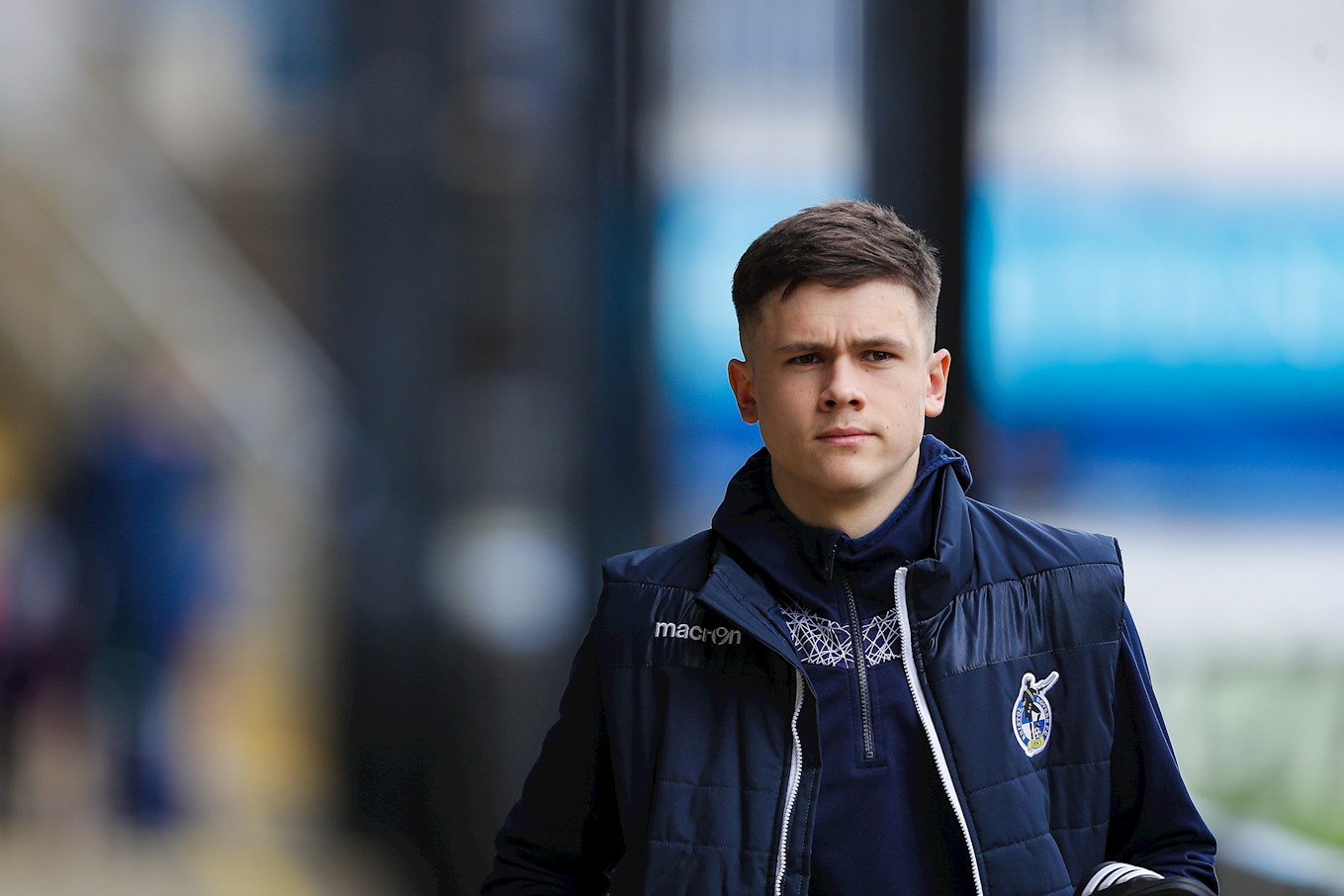 The visitors were the first to threaten the scoreline. Ryan Fallowfield got behind the Rovers defence and clipped the ball into the Rovers penalty area where Harrogate top scorer Luke Armstrong wasn't able to get his head on the dangerous ball and Luca Hoole was on hand to nod the ball away from goal. The ball then fell to Mcardle whose shot turned cross was deflected behind for a Harrogate corner.

Harrogate had another chance at goal shortly after. Armstrong sent a low ball into the box looking for Town captain Josh Falkingham who was not able to make any contact with the ball and saw it roll across the goal line and away from the danger.

It was all Harrogate in the opening exchanges. Warren Burrell saw his effort on the turn gathered easily by Belshaw in the 13th minute. Brahim Diarra was the first player to depart the action being replaced by Alex Pattison after an injury to the Harrogate No.22.

Elliot Anderson posed the first real threat to the Harrogate goal. Cutting inside on his right foot he unleashed a bending effort which zipped narrowly past Oxley's far post and behind.

Rovers were rewarded for weathering the Harrogate storm in the opening exchanges. Sam Finley played the ball into the feet of Aaron Collins who shifted the ball onto his right foot and bent his effort into the top corner to break the deadlock for his tenth league goal of the season. 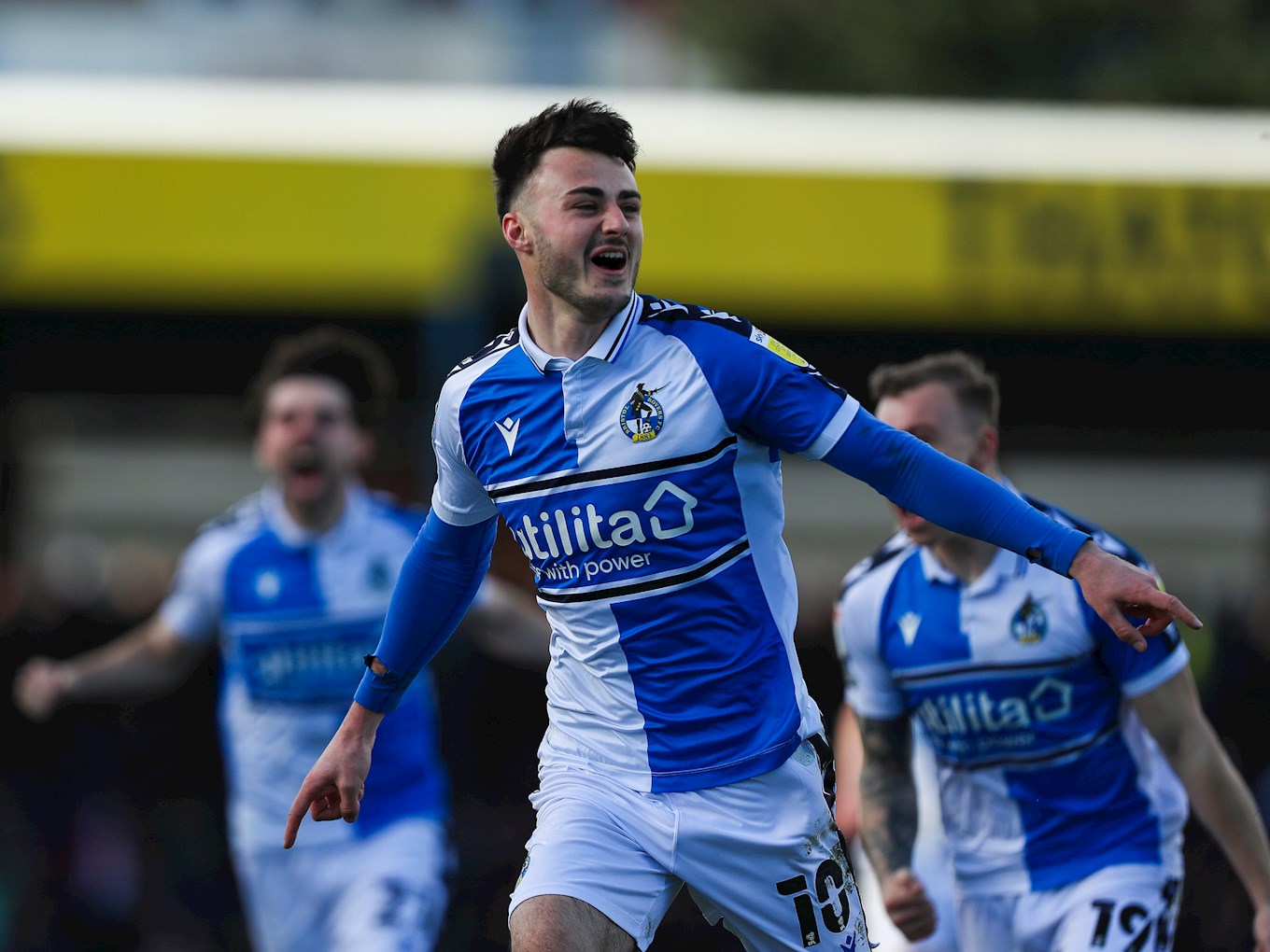 The Gas were on the ascendancy now and went looking for the second. Harry Anderson surged through and looked to be in one-on-one with Oxley. The Harrogate goalkeeper was quick off his line however and got to the ball first and headed clear.

Rovers didn't have to wait long for the second. A quick free-kick from Antony Evans was played into Elliot Anderson who lived up to his nickname of 'Billy' as he danced his way through the Harrogate defence and showed fantastic composure to roll the ball under Oxley for his second goal in blue and white quarters. 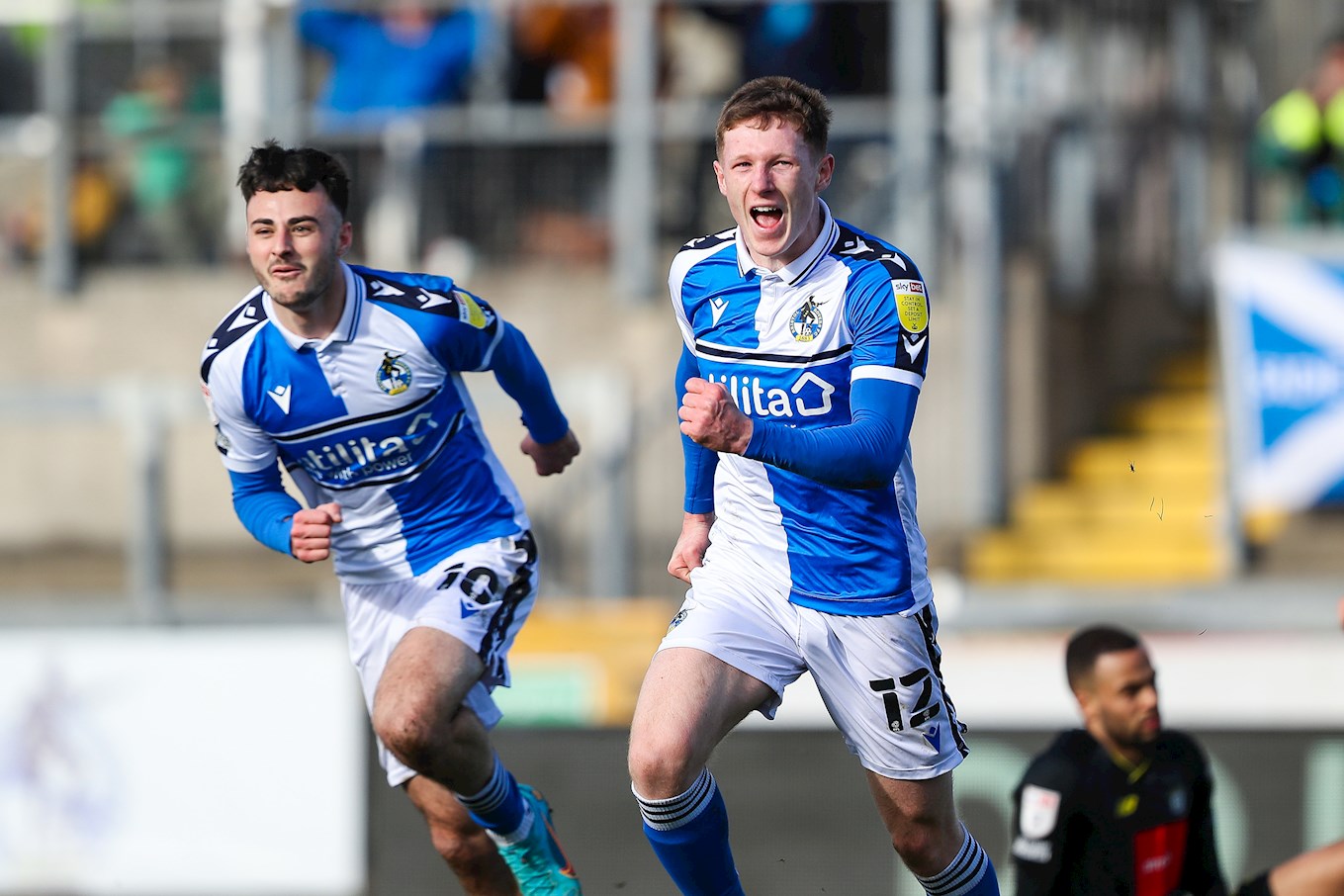 The Gas started the second half the same way they ended the first. On the attack. A long-ranged Nick Anderton strike certainly had Oxley in the Harrogate net worried as it whistled past his post and into the Gasheads at the Thatchers End.

A calamitous mistake at the back from McArdle played in Aaron one-on-one with Oxley who rushed out to close the forward down. Aaron kept his cool and calmly dinked the ball over the oncoming goalkeeper for his second of the game and his 11th of the season.

Rovers were bossing proceeding now, passing their way around Harrogate which led to cries of 'Ole!' from the supporting Gasheads.

Boss Joey Barton made his first changes of the game just before the 70-minute mark. Captain Paul Coutts coming off for Glenn Whelan and Sam Finley being replaced by Harvey Saunders. Rovers' third change of the game came in the form of Ryan Loft replacing Harry Anderson in the 80th minute.

Harrogate were keen to get on with the game after a lengthy delay due to a James Connolly injury. A low-ball into the box fell at the feet of Mark Beck who looked to prod the ball past Belshaw, but the Rovers No.1 did enough to turn the ball behind for a corner kick.

The Gas were comfortably seeing the game out as the seconds ebbed away and had the chance to add another to the scoreline after Harvey Saunders' strike rebounded out to Ryan Loft who saw his first-time effort deflected behind for a corner kick.

Rovers are back at The Mem for our next game in the league when we take on Colchester United on Tuesday, 15th March (7:45 pm)