Though relatively short and slight of build for a goalkeeper, Howard Radford made up for this with courage, adeptness and flexibility.

Rovers’ goalkeeper in eleven successive seasons, he played in the Third Division (South) title-winning campaign of 1952-53 and in all nine seasons in Division Two, retiring as the club was relegated in the spring of 1962.

The third child and only son to Frank James Radford (1902-72) and Violet Thomas, Radford made his club debut in a friendly against the touring Dutch side Racing Club Haarlem, after Rovers had agreed to pay a small fee to the Welsh side Penrhiwceiber for his services. 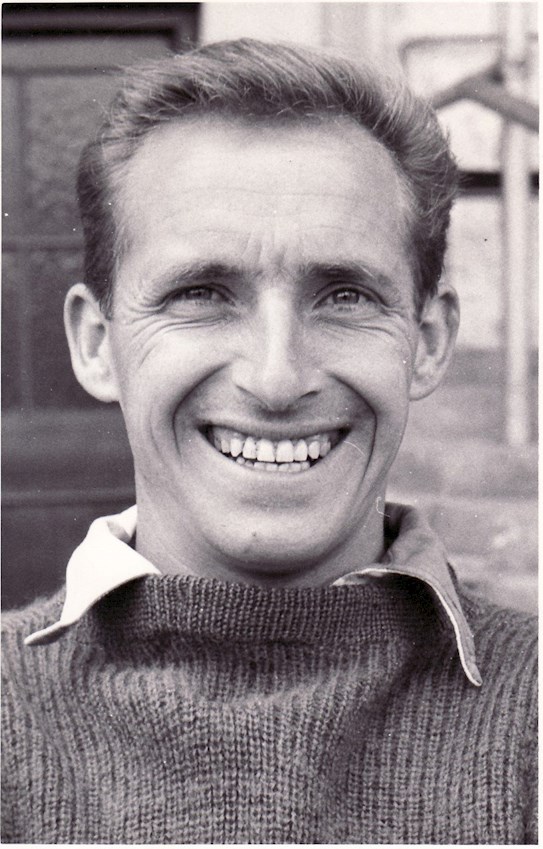 Brave and skilful, he gave Rovers sterling service, facing many of the top forwards English football could offer during that era as Rovers enjoyed a prolonged spell towards the top end of the Second Division. He was in goal when, 3-2 ahead at half-time, Rovers crashed 8-3 at Blackburn in February 1955, with Tommy Briggs scoring all six second-half goals for a personal tally of seven in all.

In February 1961, injury forced him off the field at Swansea, with wing-half Ray Mabbutt taking his place between the sticks. Working in his summer breaks as a groundsman at Clifton College, Radford was forced to retire with a knee injury, although he re-emerged in 1966 as a wing-half for Coalpit Heath and once scored a hat-trick with his weaker left foot in a local cup semi-final.

He ran the Checkers public house in Old Market from 1962, the Ring o’ Bells in Coalpit Heath from 1963 for four years and, from 1967 to 1979, the Bishop Lacey Inn at Chudleigh in Devon; he also worked for the Home Farm Trust, helping those with learning difficulties, was a security guard, drove a bread lorry and delivered bananas.

A committee member of the Bristol and South-West Sea Angling Federation, he is a steward for the Conservative Club in Chudleigh and captained Chudleigh cricket team for many years as a wicketkeeper and a batsman with a top score of 95.

Married in 1953 to Beryl Paton with four children, thirteen grandchildren and a great-grandchild, he lived in Chudleigh with his second wife, Shirley.