An early goal in each half saw Rovers run out comfortable winners to make it four points in a week from two sides in the top six.

It could have been an even more comprehensive scoreline, but for visiting stopper Bouzanis keeping out a first-half Coutts penalty.

A flying start from Rovers saw the Andersons combine to put the home side one up in the third minute; Elliot Anderson teeing up namesake Harry to fire home low past a helpless Bouzanis.

Aaron Collins then chased down a lost cause in the seventh minute and drew a foul to give the Gas chance to strike again, but Coutts' dangerous dead-ball delivery was scrambled away by the Sutton backline.

Away skipper Davis was booked for a foul on Elliot Anderson as the referee played advantage, but the Gas attack fizzled out.

Sutton were beginning to get a foothold in the game for the first time, and forcing a few moments of panic in Belshaw's box.

Collins then broke down the left flank in the 16th minute, setting up Sam Nicholson, whose low effort was deflected wide for a corner.

Rovers were playing some intricate stuff, with Elliot Anderson at the heart of a lot of it. Aaron Collins showed off some of his trademark skills on the left to bamboozle Wyatt before, just a minute later, the right-back was turned inside and out by Elliot Anderson, who flashed a shot narrowly wide from a tight angle. 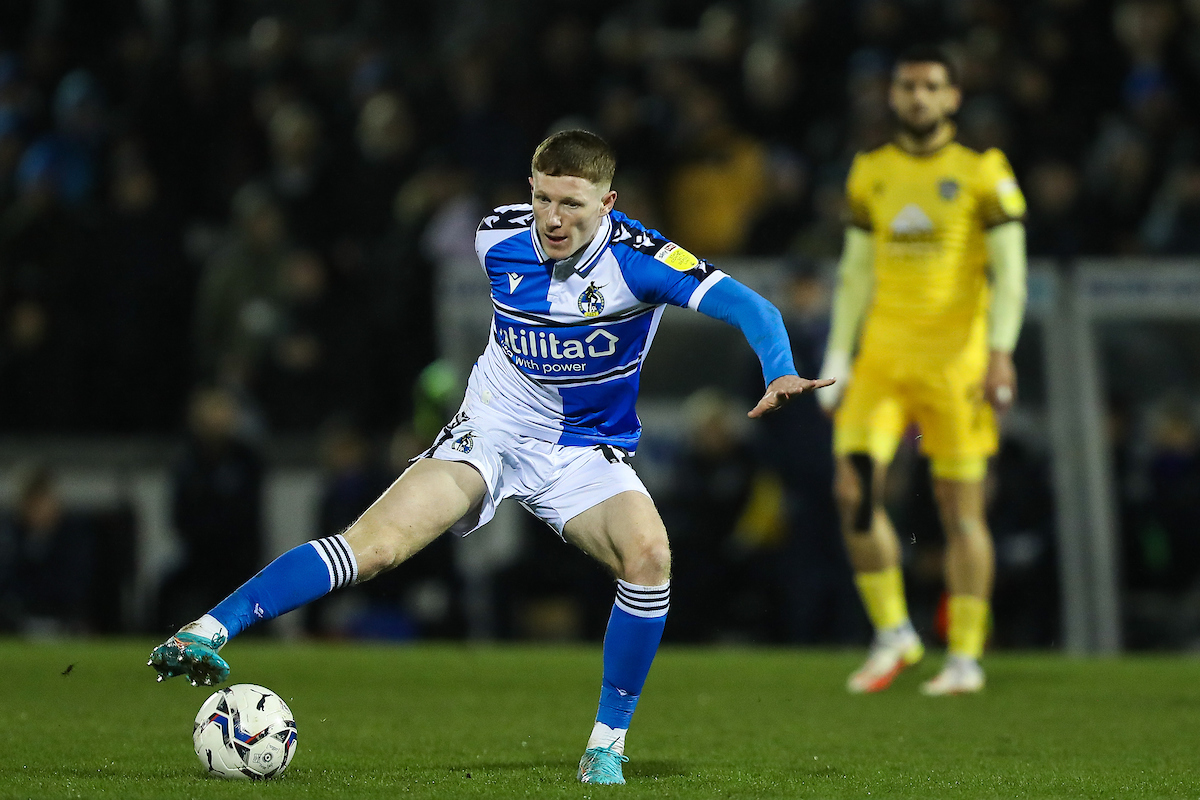 Collins missed a golden opportunity to put the Gas two up in the 26th minute, as Finley's deflected shot fell invitingly to the striker ten yards out. Unfortunately, his effort found the palms of Bouzanis rather than the back of his net.

Elliot Anderson then curled a right-footed shot inches wide from the edge of area, following some lovely Rovers build-up play.

Collins was next to test the over-worked Bouzanis, who had to dive low to his left to keep out a twenty-five-yarder.

A flag later than a London train replacement bus service denied Collins a second in the 40th minute, deemed offside following in a Nicholson cross-shot.

It was all Rovers as the interval approached, and they had a loud penalty appeal turned down by referee Pollard.

Collins then went to ground in the area under a Goodliffe challenge and the referee pointed to the spot. Paul Coutts stepped up to take the penalty, but his firmly-struck shot was saved by Bouzanis, diving full-length to his right.

A breathless first-half was brought to an end with a scramble in the Rovers area, that Sutton couldn't capitalise on.

The second-half was barely a minute old when Aaron Collins latched on to a long ball, rounded the onrushing Bouzanis and fired into the empty net to give the Gas a two-goal cushion. 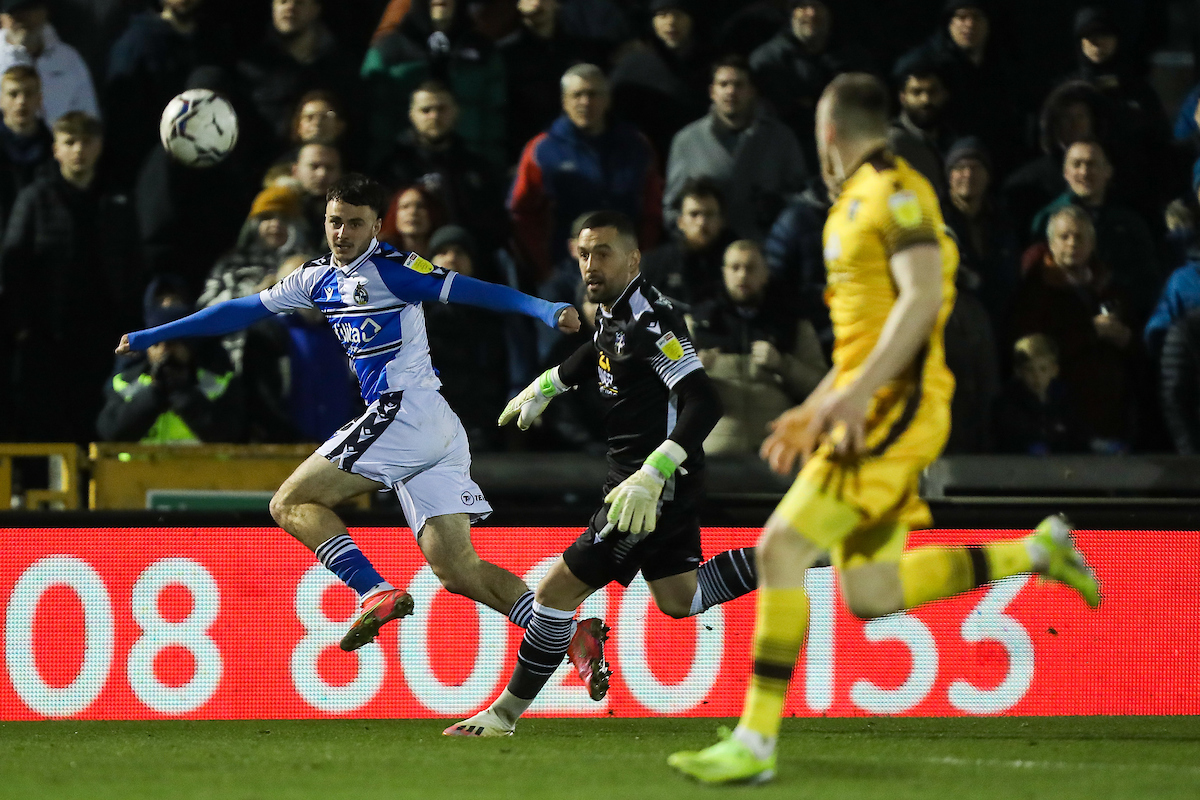 The number 10 was almost at it again two minutes later, racing clear before being denied by Bouzanis.

Belshaw claimed a Sutton free-kick as the visitors tried to give their 144 travelling supporters something to cheer.

Kizzi and Harry Anderson both saw yellow in the 56th minute for an altercation on the edge of the Sutton box.

James Connolly did well to shepherd the ball back to Belshaw to snuff out a rare Sutton attack.

Nicholson drilled a left-footed shot wide of Bouzanis' goal as the Gas turned up the heat.

Rowe was next to be cautioned after fouling Nicholson on the edge of the area, but the free-kick came to nothing.

Glenn Whelan replaced Paul Coutts in the 69th minute, taking the armband as he entered the fray.

Rovers gave away a needless corner after 74 minutes and Sutton had a penalty shout of their own for handball, waved away by Pollard.

Sutton forced a corner on 85 but Belshaw was determined to keep another clean sheet and rose highest to claim the ball.

Pollard brought an end to proceedings to cap a fine week for the Gas.

Next up for Rovers is a trip to Stevenage on Saturday 19th February in the Sky Bet League Two.