Rovers crashed to a 2-1 defeat at relegation-threatened Oldham on a miserable night for Joey Barton's men.

A frenetic start at Boundary Park saw Rovers lose Connor Taylor to injury in the warm-up - replaced by James Connolly - before shipping a goal in the first minute.

The game had barely begun when Keillor-Dunn raced clean through on goal and smashed his effort past Jaakkola.

The Gas tried to find a way back into proceedings as Collins burst into the box and referee Mr. Oldham had to wave away protests for a penalty.

The home side then thought they had doubled their lead after just eight minutes, but a Luamba strike was ruled out for offside.

Collins then got a shot on target in the 13th minute, which was deflected behind for a corner.

Rovers were forced into a change after just 22 minutes as Antony Evans was replaced by Sam Nicholson.

The Gas were struggling to make inroads and were indebted to Jaakkola for a flying save to keep a Bahamboula strike from distance flying into his net.

However, from the resulting corner, a Piergianni knock-down was stroked home by Keillor-Dunn to put the home side 2-0 up after half an hour.

An unmarked Bahamboula ghosted into the box but couldn't divert his header on target as Oldham continued to enjoy the upper hand.

From nowhere, Nicholson grabbed a lifeline after 43 minutes, firing home from a low Collins cross to halve the deficit going into the interval. 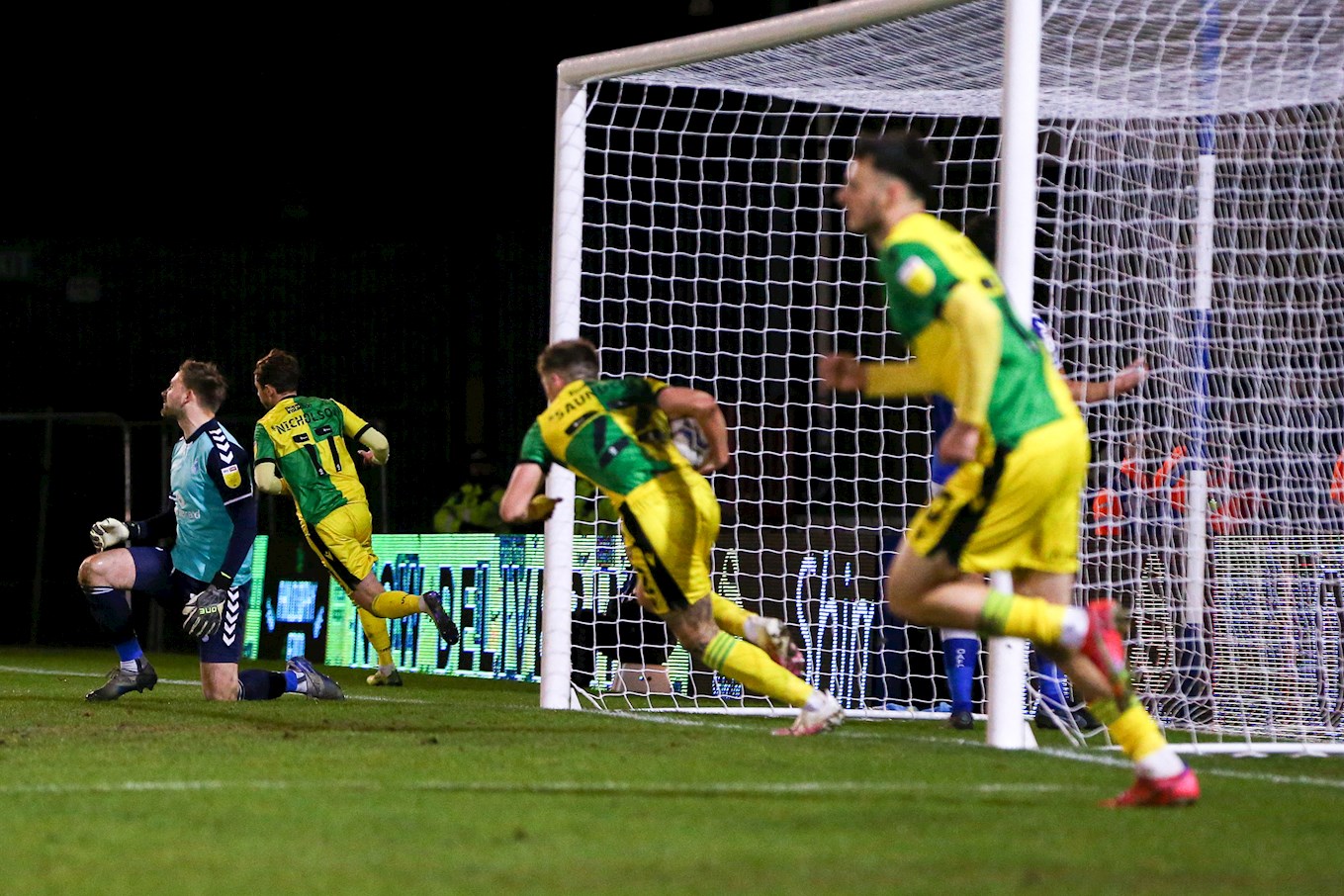 Rovers then won a free-kick for a foul on Collins but Finley's low strike went straight into the wall. Referee Oldham blew for half-time with Rovers facing a battle to extend their six-match unbeaten run.

The second half began in scrappy fashion; Rovers looked a little brighter but couldn't fashion any chances of note.

Paul Coutts was dispossessed after 63 minutes and then booked for bringing down Bahamboula. From the free-kick, a header from McGahey flew over Jaakkola's bar.

Luke Thomas replaced Anderton after 65 minutes as Rovers chased the game, but it was almost immediately 3-1 as Luamba's header from 12 yards was acrobatically tipped over by Jaakkola.

Collins then tried to slip through the defence but a last-ditch tackle brought a corner. Thomas took it and then, when it was cleared, drove at the Latics' defence and narrowly failed to thread a ball through for Collins. 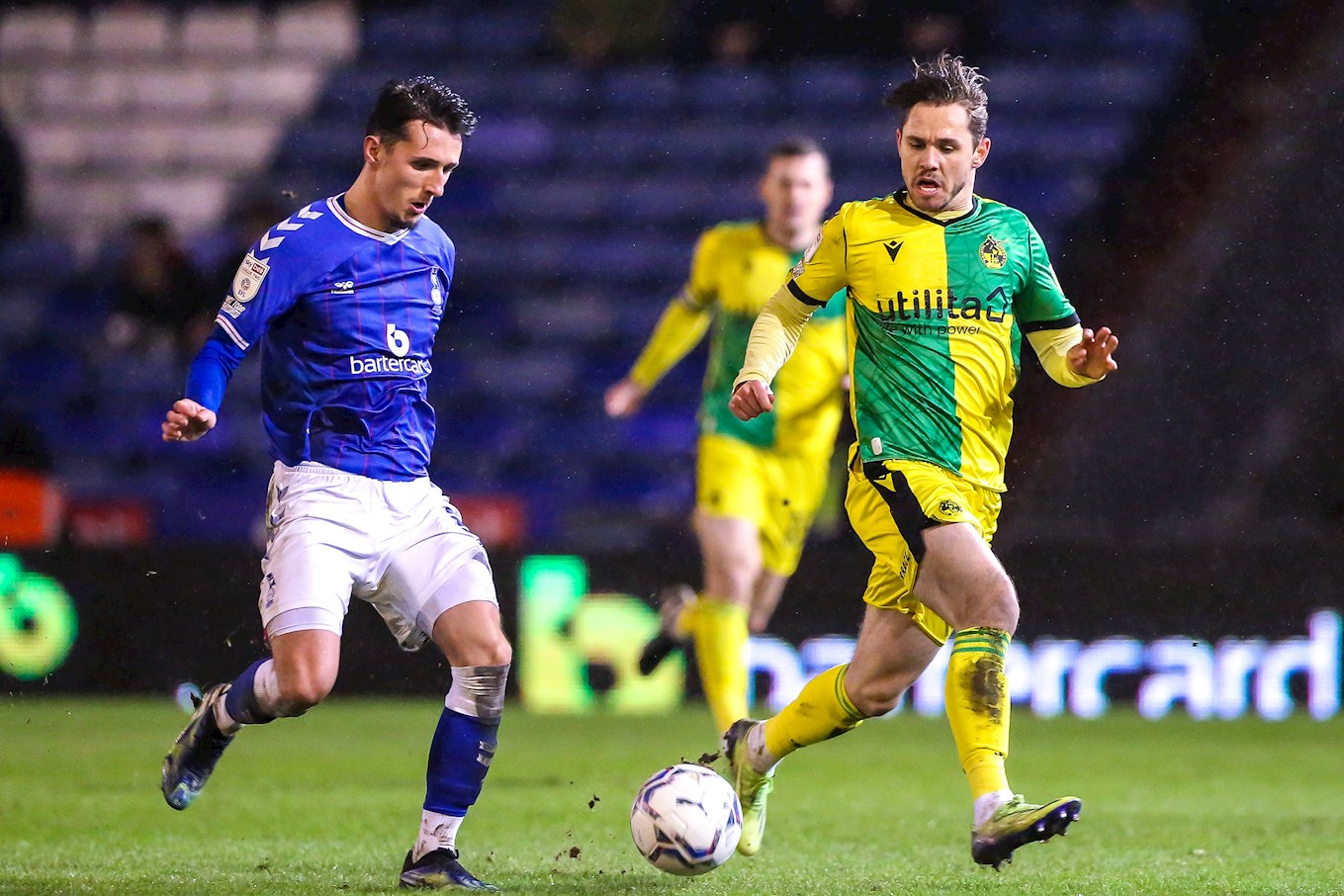 The 73rd minute saw a change of the Andersons; Harry replacing debutant Elliot in front of 372 travelling Gasheads.

There was a let-off for Rovers after 77 minutes as a Whelan shot looked like it had crossed the line after hitting the underside of the bar and bouncing down with Jaakkola beaten.

Aaron Collins hit a cross-cum-shot in the 85th minute which Oldham goalkeeper Rogers eventually grabbed. The home side went straight up the other end and only a fine Jaakkola stop, low to his left, stopped Adams from putting the game to bed.

Oldham defender Clarke was shown a yellow card as Rovers won a free-kick on the edge of the box. Collins bent in a fine effort but Rogers was able to tip over his bar.

Time was running out and Oldham were desperately clinging on as Rovers, through Collins, were peppering their box with crosses.

In the final minute, good work from Harry Anderson won a corner but it was cleared and referee Oldham blew to bring an end to Rovers' six-match unbeaten run.

Next up for Rovers is a Sky Bet League Two match at The Memorial Stadium against Mansfield Town on Saturday 12th February, kick-off 3pm.