Faces both new and familiar were on show as Rovers welcomed Hartlepool to The Memorial Ground. New signing Ryan Loft was handed a first-team debut whilst goalkeeper Anssi Jaakkola made a welcome return to the bench. 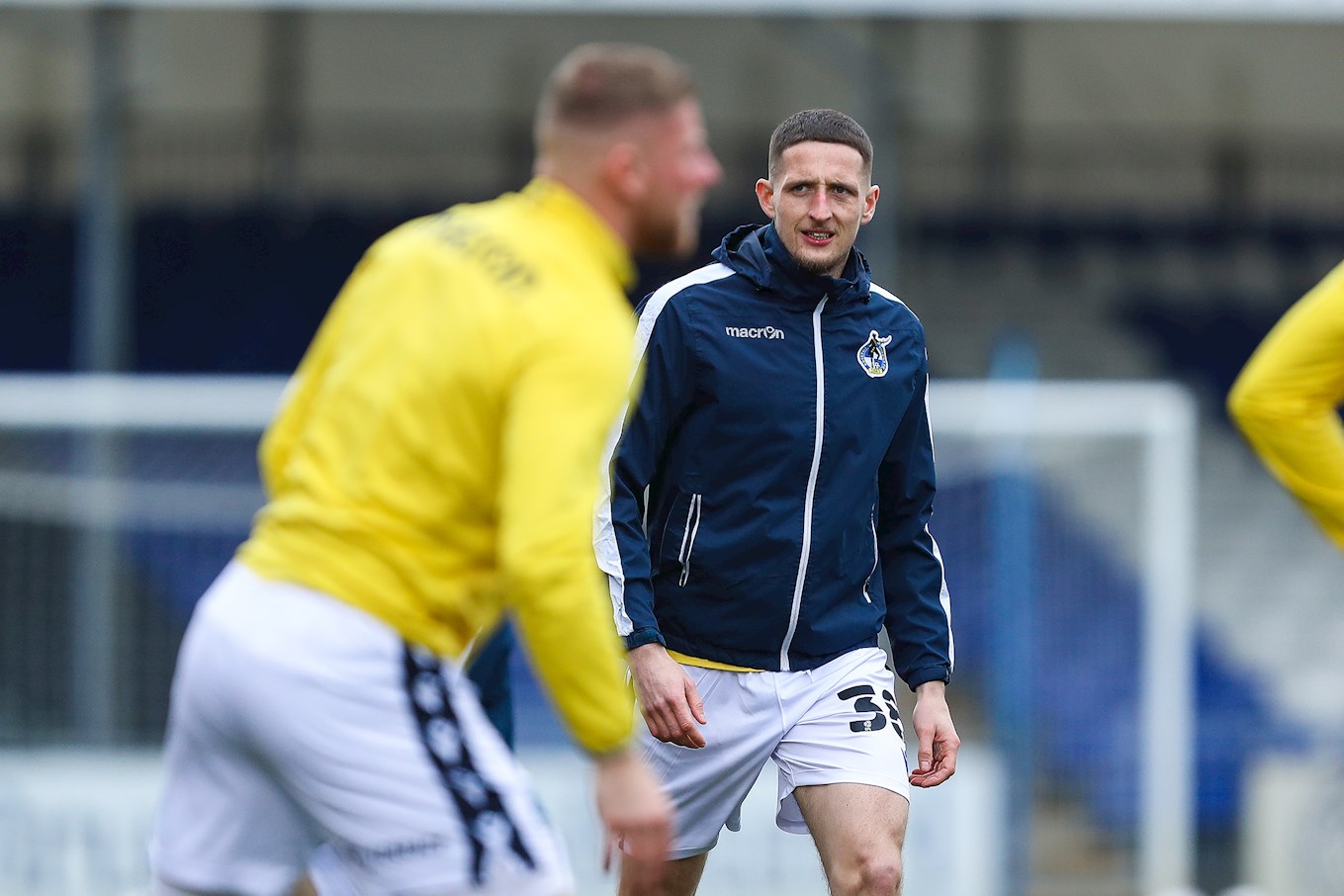 There were more changes than a Sugababes line-up; boss Joey Barton pushing the button on a total of seven switches from the FA Cup defeat at Peterborough last time out, with only Belshaw, Coutts, Nicholson and Evans retaining their places.

Loft was straight in the action, forcing a fourth-minute corner. Evans' delivery was perfect for the advancing Connor Taylor, but the centre-back's header flashed just wide.

Grant went to the floor in the eighth minute following an aerial challenge and received treatment for a head injury. Thankfully, the wing-back was ok to continue.

The opening quarter had passed largely without incident; the visitors' only foray forward was repelled by a timely intervention from Harries.

Great feet from Collins in the 20th minute set up Antony Evans, but the playmaker's drive was too high. At the other end, Carver was onside latching onto a through ball, but his effort flew wide of Belshaw's right-hand post.

Loft had a great chance to open his Rovers account in the 24th minute, but just lost control of the ball at the vital moment when well-placed in a central position 18 yards out.

Referee Brook showed the first yellow card of the afternoon for a late tackle on Hartlepool right-back Sterry in the 27th minute. The resulting free-kick was whipped dangerously into the Gas' box, but Belshaw was able to watch it run all the way through for a dead-ball.

More good play from Aaron Collins in the 34th minute saw him carry the ball from the halfway line and unleash a shot from thirty yards that whistled past Killip's post. 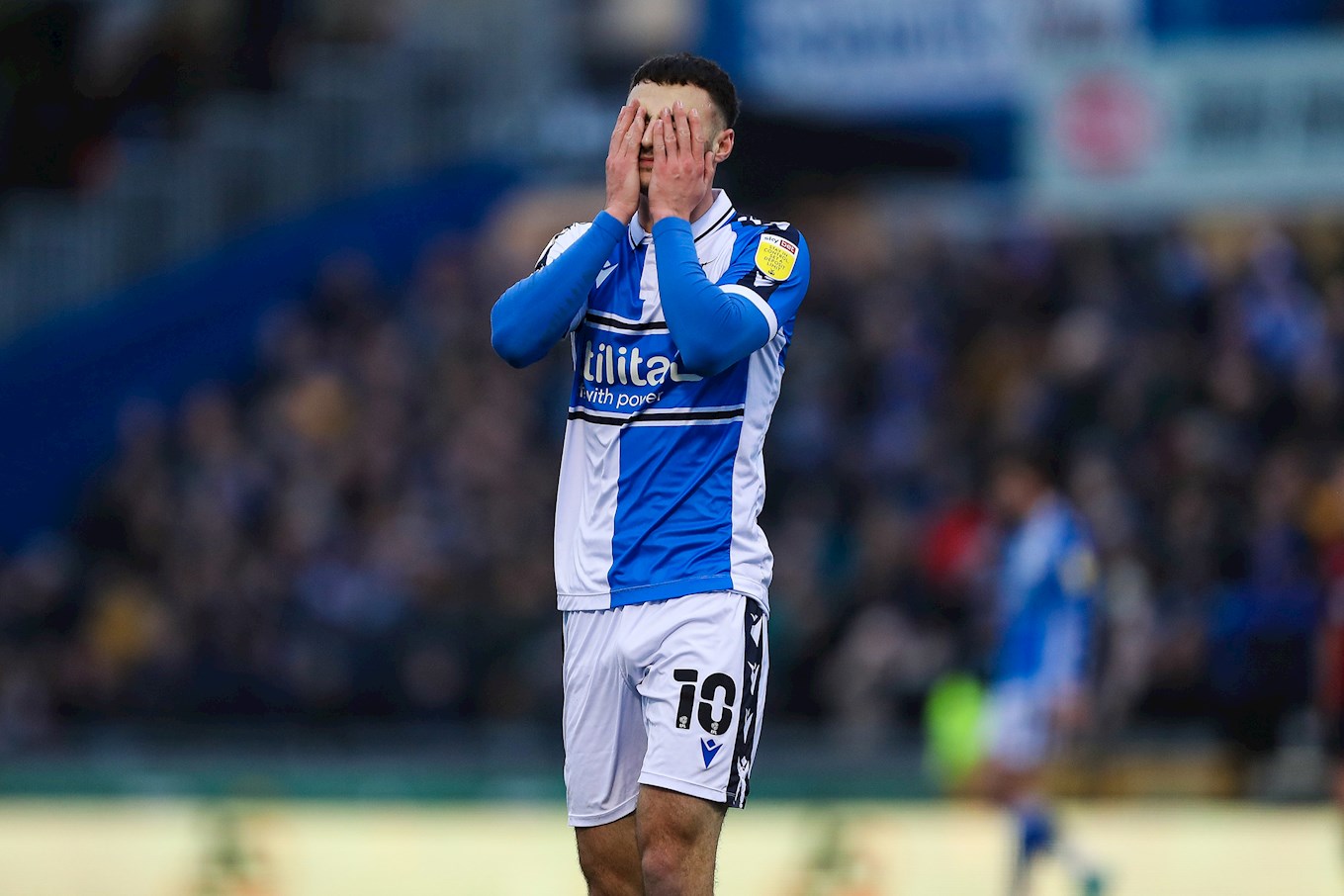 Collins was at it again three minutes later, drawing a foul from Liddle that saw Brook brandish his yellow card for the second time. The free-kick was deflected out to Anderson, whose shot cannoned behind for a corner, which came to nothing.

Rovers had a couple of late corners to contend with as the half drew to a close without either side registering an effort on target.

An early stooping header from Loft header from an Evans free-kick showed Rovers' intent at the start of the second half.

Hartlepool recorded the game's first effort on target; a deflected Molyneux shot safely gathered by Belshaw in front of their 274 travelling fans.

They went even closer in the 55th minute, as Carver burst into space in the box but some last-ditch Rovers defending cleared the danger.

Brook showed his third yellow of the afternoon to Ferguson after the left-back hauled Anderson to the floor. Molyneux then went close for the visitors, shooting just wide after cutting in from the right.

Evans was then cautioned in the 69th minute for a late tackle on Featherstone.

Belshaw pulled off a fine save a minute later as Hartlepool continued to look the more likely to break the deadlock, diving low to his left to cling on to a shot from Cullen. He was at it again within the minute, beating away a shot from Molyneux. Taylor then had to be alert to clear the danger from another Hartlepool attack.

Anderson and Grant switched positions as Rovers looked to find a way into the game. They so nearly did in the 75th minute but a flowing move ended with Evans firing over. Odusina was booked earlier in the move for bringing down Collins.

Cullen looked certain to score for Hartlepool, connecting superbly with a Molyneux cross on the run from 10 yards out but Belshaw pulled off a superb sprawling save.

Cullen was lurking menacingly again in the 83rd minute but a sliding interception from Kilgour led to a corner which, in turn, led to a game of pinball in the Rovers area before Taylor could launch the ball clear.

Rovers then went up the other end and, after an Anderson ball was launched deep into the Hartlepool area, Aaron Collins pounced to lash the ball home in the 88th minute.

Collins then raced onto a clearance and was set to pull the trigger but Sterry chopped him down on the edge of the box, earning a straight red card.

It was left to Antony Evans added to his portfolio of 'world-class free-kicks' as he smashed the ball into the top left-hand corner to seal the three points.

Next up for Rovers is a trip to Swindon in the Sky Bet League Two on Saturday 22nd January, kick-off 3pm.