Two goals on TwosDay sent Rovers to a third successive victory over a lacklustre Orient.

First-half strikes from a returning Antony Evans and Aaron Collins ensured that the Gas enjoyed a fruitful trip to London.

For the second time this season, Rovers had to make an enforced change during the warm-up; Nick Anderton being replaced by Antony Evans. The Filton Ave Figo went into midfield, with Harry Anderson dropping back to defensive duties.

Rovers enjoyed a lot of the ball in the opening exchanges, and Orient's Ogie saw an early yellow after nine minutes for hacking down Finley.

A minute later, Rovers were awarded another free-kick on the edge of the Orient area and Evans stepped up to curl the ball agonisingly wide, kissing the upright on its way for a dead-ball. 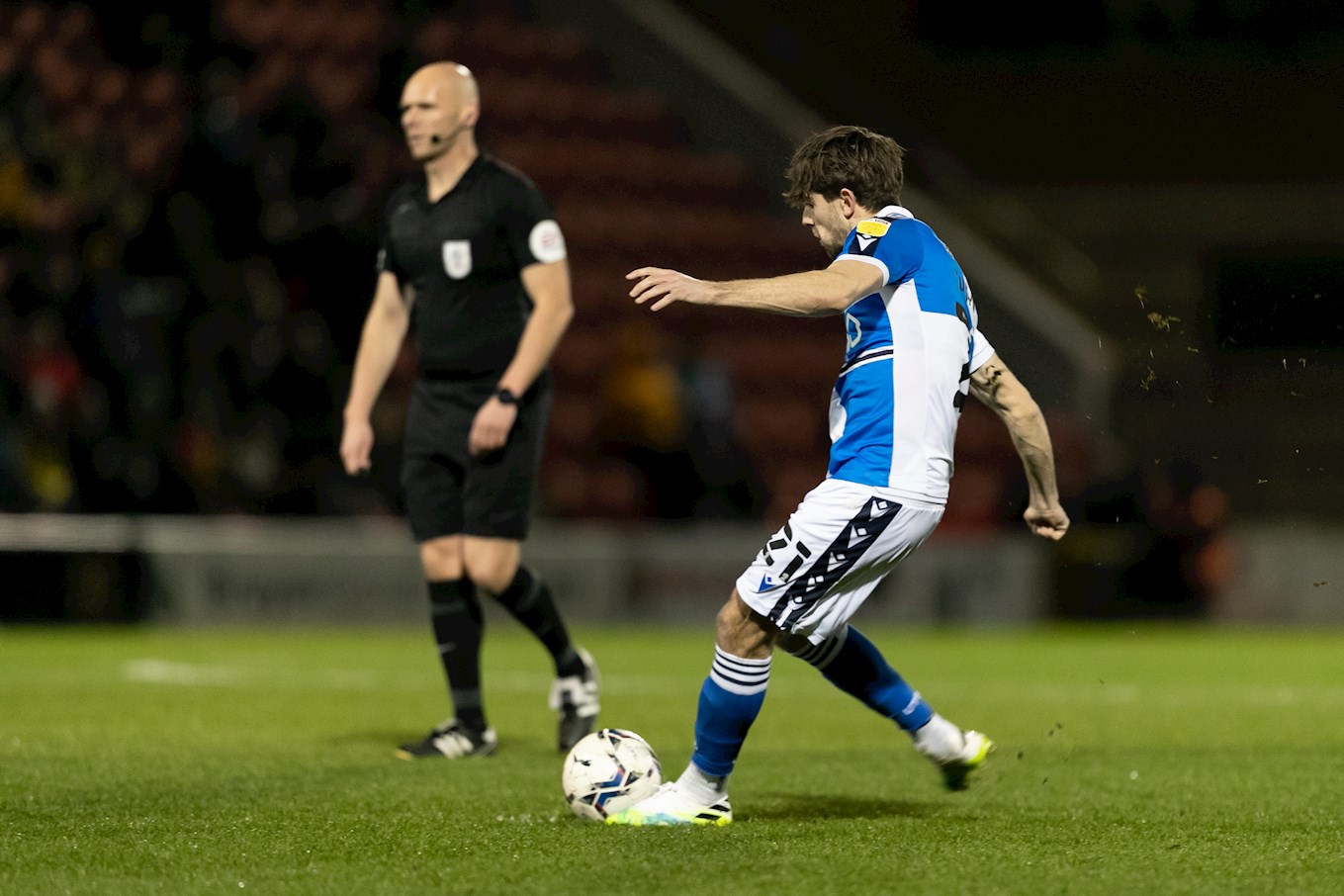 A second Orient player was booked as they struggled to gain a foothold; Beckles carded for bringing down Collins.

Evans again stepped up, but this time his free-kick was safely gathered by Vigouroux.

Orient's first foray forward after 16 minutes ended with defender Beckles firing over Belshaw's bar after a knock-down in the area.

The home fans were appealing for a penalty after 18 minutes as Sotiriou went to ground, but referee Breakspear wasn't interested.

Orient were coming into the game now, as first Belshaw raced from his line to thwart Sotiriou, before the rebound was fired over his bar.

Evans and Connolly joined forces to repel Khan after 28 minutes, before the former saw yellow for a second tackle on wing-back Archibald.

Sotiriou then passed up the game's best chance, sidefooting wide from 18 yards after 31 minutes.

Rovers opened the scoring after 33 minutes; Evans receiving the ball from Finley, before rifling home from the edge of the area. 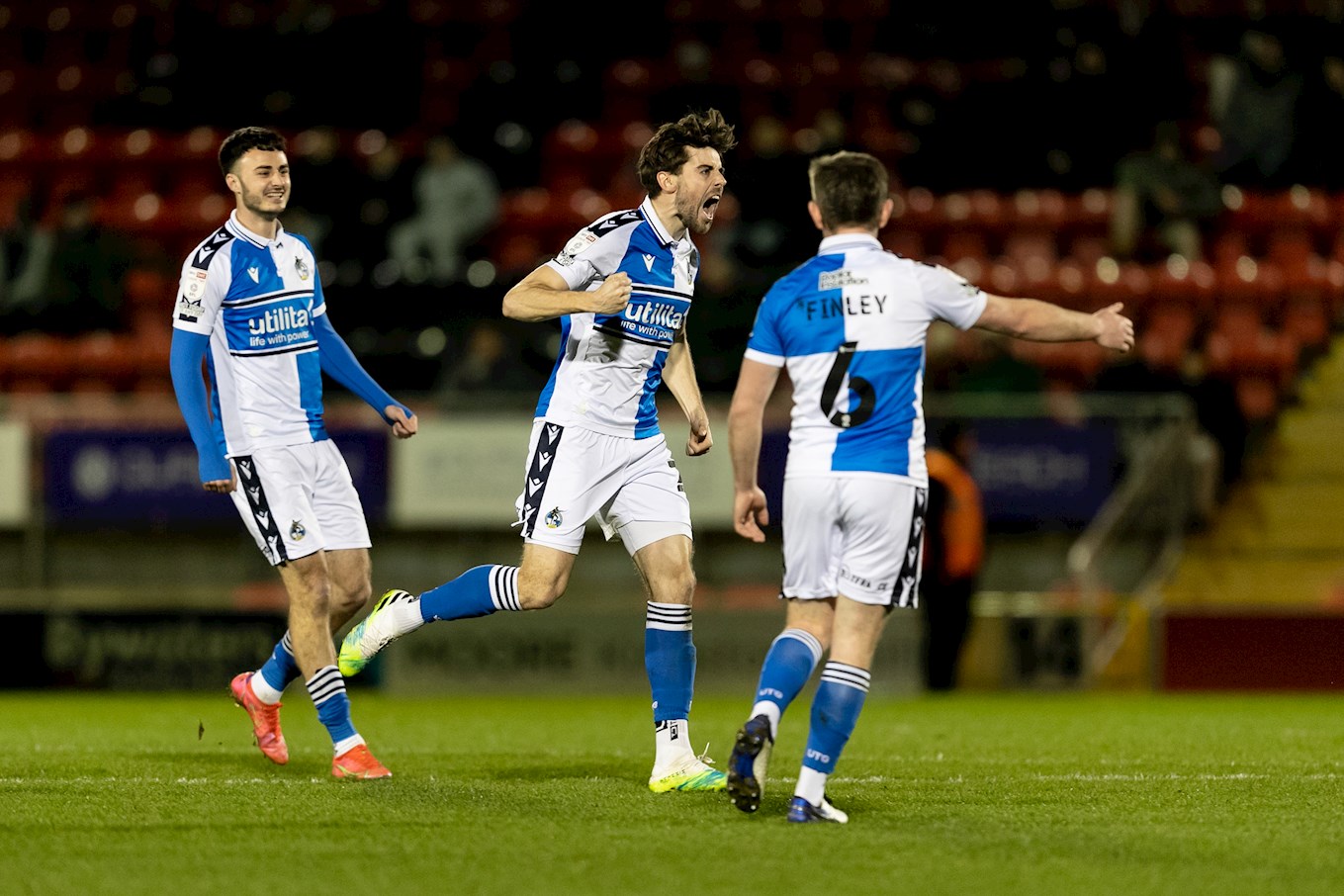 Collins doubled the lead two minutes later, turning home at the back post, after Nicholson's shot was saved by Vigouroux. Pratley saw yellow after 39 minutes for a foul on Taylor as the Gas turned up the heat. 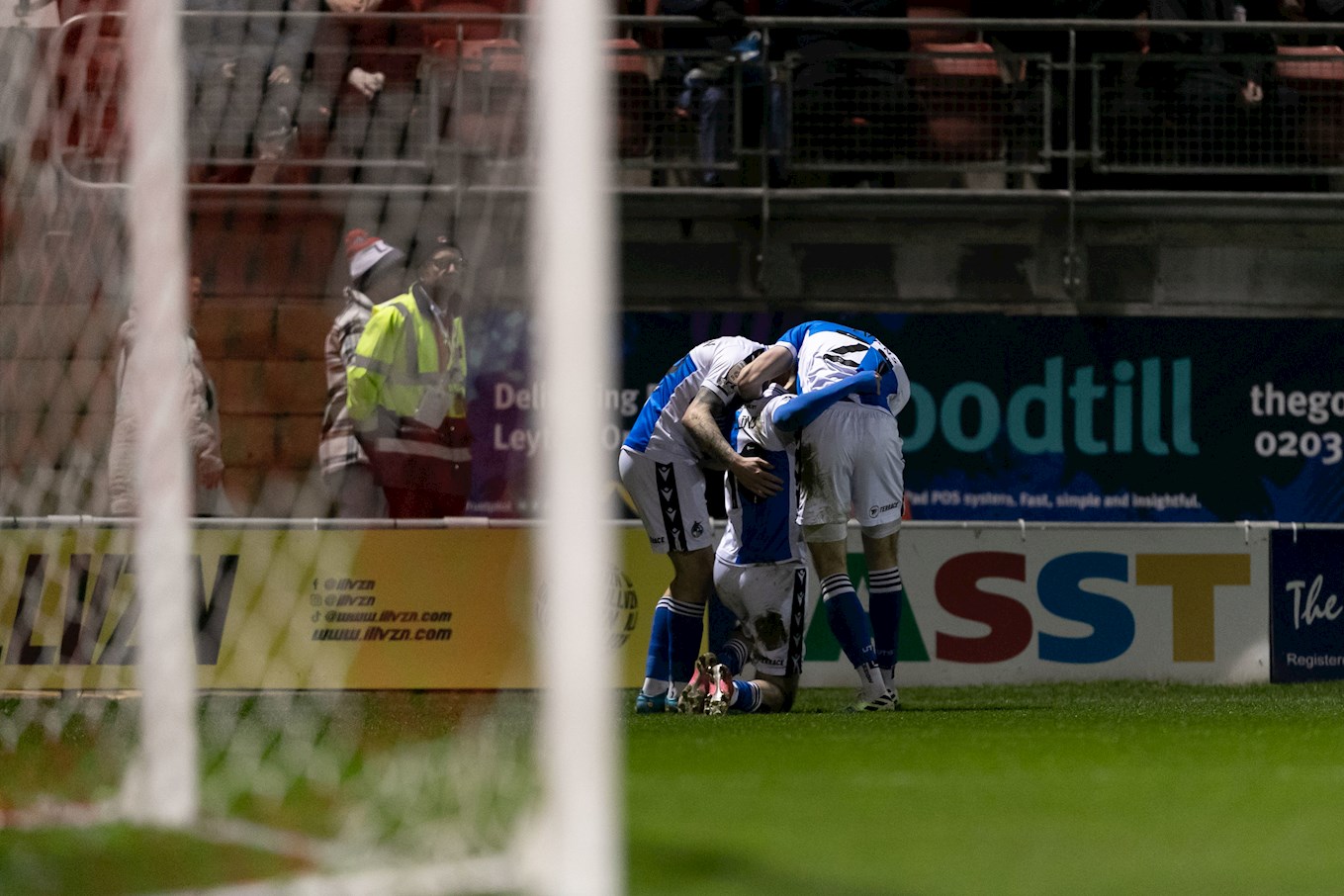 Elliot Anderson was again at the heart of the action and he burst into the box to fire off a low drive that Vigouroux will have been grateful to see deflected away.

Evans tested Vigouroux at the start of the second half as the Gas looked to put the game to bed. From nowhere, Taylor gifted possession to Drinan, who drove forward and smashed a shot over Belshaw's bar, when he perhaps should have at least hit the target.

There was a double change for the Gas in the 58th minute, as Coutts and Elliot Anderson made way for Glenn Whelan and Loft.

The game ebbed and flowed but failed to reach the heights of the opening forty-five.  There was danger for Rovers as substitute Smith went over in the area as he was lining up a shot, but once again the referee waved away Orient penalty appeals.

Orient will be wondering how they didn't register in the 72nd minute, as Smith slid in at the back post from an Archibald cross, but somehow diverted the ball over the bar when it looked easier to score.

Whelan was booked in the 75th minute as Orient looked to get back into the game. Ryan Loft joined him in referee Breakspear's book for persistent fouling. The striker's touch then let him down as he looked to play Collins through on goal. Orient immediately broke away and Belshaw had to dive full-length to keep out a Smith header.

Collins had a chance to settle the contest in the 88th minute, racing clear on goal, but a heavy touch put paid to his hopes. There were six minutes of added time but they were nervelessly navigated as the 880 Gasheads roared their side to a third successive win. 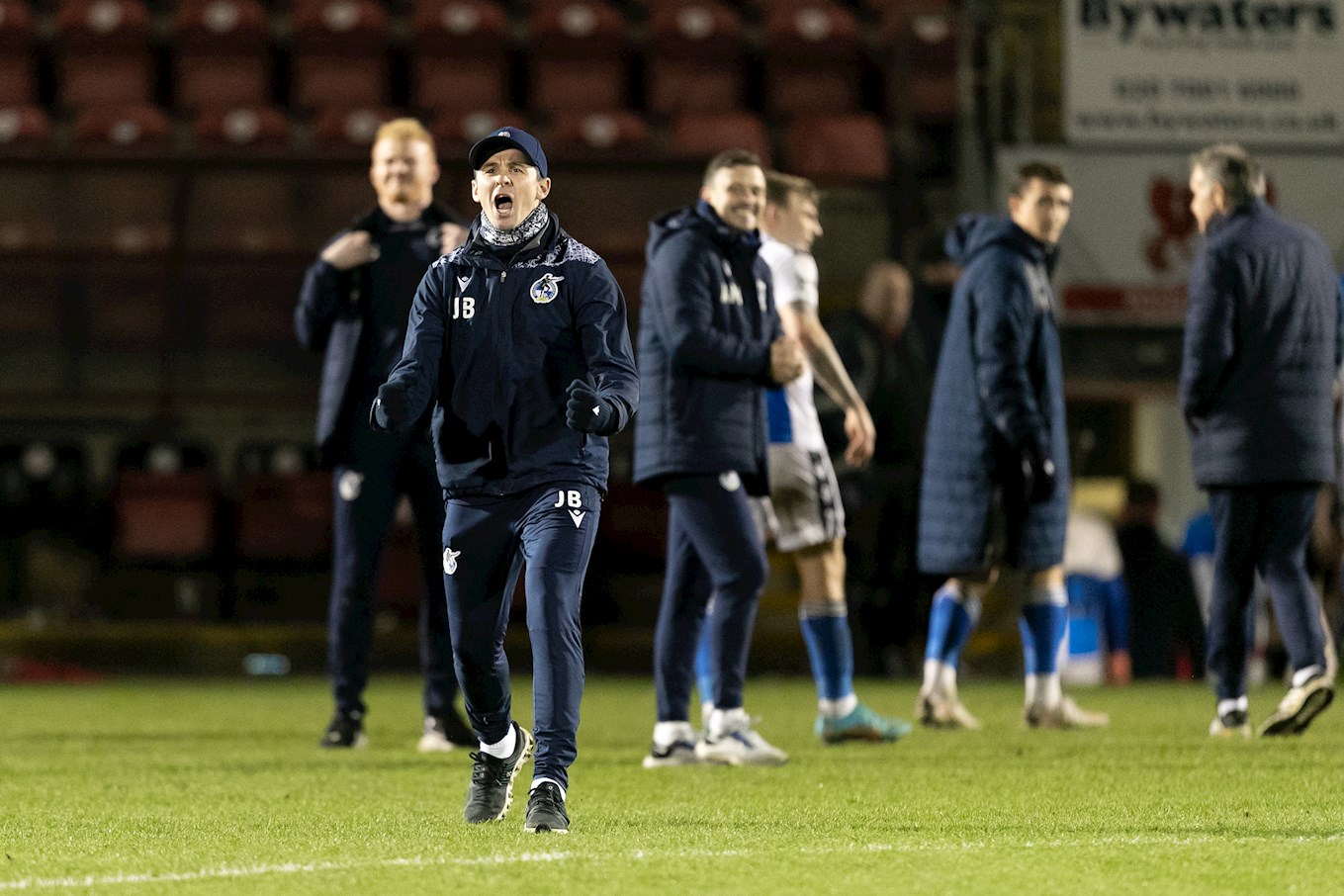 Next up for Rovers is a Sky Bet League Two home game with Exeter City on Saturday, February 26th, kick-off 3pm.