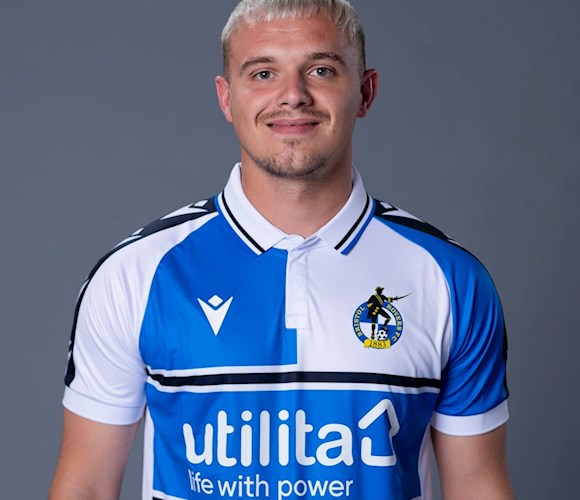 The attacking-midfielder joined the Gas on a season-long-loan from Barnsley in July 2021.

Thomas began his career at Cheltenham Town, forging his way through the Robins academy and even spending a spell on trial with Benfica during a pre-season tour with Cheltenham in Portugal.

After making his senior debut for the Robins in the FA Trophy against Chelmsford City, Thomas joined Derby County in January 2016.

His move to Pride Park was followed by a spell on loan at Gloucester City, with Thomas progressing with the Rams through involvement with the U23s side. In September 2017 he was nominated for the Premier League 2 Player of the Month award and made his Derby debut in November 2017 against Queen's Park Rangers.

Agreeing a new four-year deal with Derby in the summer of 2018, Thomas joined Coventry City on loan for the entirety of the 2018-19 campaign. In his season with the Sky Blues Thomas made over 40 appearances and contributed five goals, facing the Gas in both encounters that season.

Thomas joined Barnsley in June 2019 and made an instant impression, scoring the only goal in a 1-0 won over Fulham on his debut. In the shortened Championship campaign that year, the playmaker again featured in over 40 games in all competitions.

The midfielder made over 20 appearances last season for Barnsley, before concluding the season on loan with Ipswich Town.