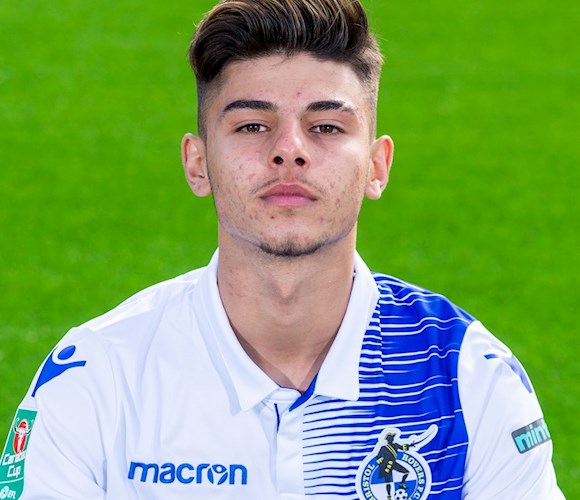 An exciting player that has recently come back from a spell on the side lines, Lucas Tomlinson was a member of the U18’s side of the 2018/19 season that was offered a professional contract in May 2019.

Lucas has been with the Academy from the age of 10 and has progressed all the way through to scholarships.

Lucas is a tricky left-footed attacker who can operate on either flank or just in behind the striker. He has an unbelievable amount of ability and talent and is probably one of the most naturally gifted players I have seen during my time in the Academy.

He has an incredible ability to ghost past players and provides a real creative spark for the group. He's great with the ball at his feet and we have worked hard to get him to improve his decision-making of when to release the ball and when to retain it and stay on it.

Lucas is fantastic in 1v1 situations and gets into end product areas on a consistent basis. His end product, especially off his right side when crossing, as that is something that needs refining as well as looking to improve his finishing to add goals to his all-round game.

Tomlinson made a number of appearances in the 2019/20 campaign for the first team, including four Leasing.Com appearances. He also became the first player born after the Millenium to play for the Gas in the league, when he came on against Ipswich Town in a 2-1 win.