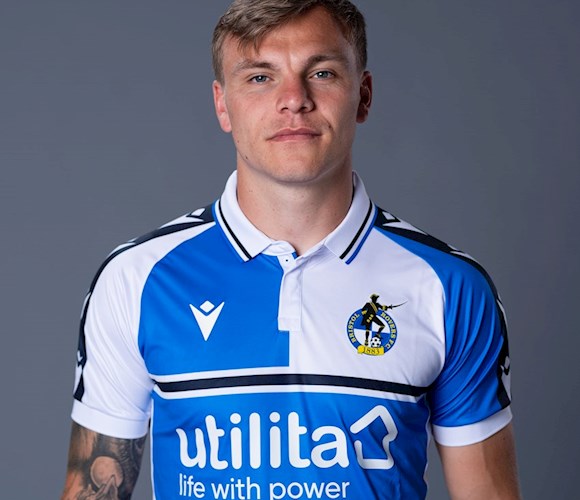 Harry Anderson joined Rovers in July 2021 after leaving Lincoln City upon the expiry of his contract.

The pacey winger is still just 24 years old, despite an illustrious spell with Lincoln City since initially joining them on loan in the National League back in 2016.

After impressing in Lincoln's promotion clinching campaign, Anderson secured a move from Peterborough to the Imps and continued to show his quality.

Striking up a deadly partnership with Bruno Andrade in the 2018-19 season, Anderson was part of a Lincoln side that romped their way to the League Two title, making it two promotions in three years for the London-born wide man.

Anderson was also part of the Lincoln side that lifted the EFL Trophy in 2018.

Since signing permanently with Lincoln at the beginning of the 2017 campaign, Anderson has never made less than 37 appearances for the Imps during a campaign, in total his appearances surpass 200 in red and white.

Swapping the red and white stripes for the blue and white quarters, he will be hoping to build on his consistent goal and assist return, directly contributing to 63 goals in his time with the Imps.

Anderson's debut with the Gas came in a 2-1 away defeat to Mansfield Town in August 2021.