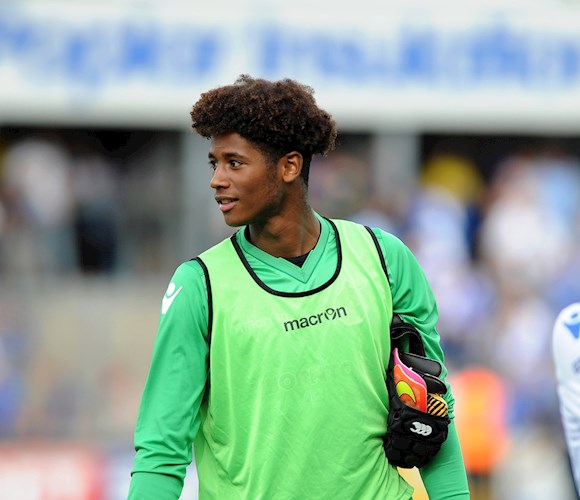 The 20-year-old French goalkeeper born was in Mulhouse, a city near the Swiss and German borders and is a product of the Nike Academy.

The shot-stopper joined the Development Squad in the summer, working with former Rovers goalkeeper Steve Mildenhall.

The youngster instantly became a fan favourite after he made his debut in Rovers' victory over Walsall at the Mem, as the goalkeeper was a substitute to allocate for the dismissed Sam Slocombe.

Take a look below at a recent programme profile for the youngster.

Since making his EFL debut against Walsall, twenty-year-old Alexis Andre-Jr has become a firm fan favourite.

Signed this summer for Chris Hargreaves' development squad, the Frenchman has been working with Steve Mildenhall daily, as the former Rovers 'keeper explains.

"Alexis and Thom were both recommended to Chris Hargreaves by Matt Murray, who was a very good goalkeeper at Wolves back in the day.

"Both goalkeepers came through the Nike Academy and stood out during trails in the early part of pre-season.

"I have really enjoyed working with both goalkeepers over the past eight weeks. You can see that they are both hungry to learn and are like sponges now, taking on every piece of advice that you offer to them."

"We actually have to tell them both to slow down in training, because all they want to do is train!"

It was the crossbar swinging antics of Alexis' debut that got fans talking, as the shot-stopper was called on to make his debut earlier this month following a red card to Sam Slocombe.

“I have never been so nervous watching a game than when Alexis came on against Walsall, not because I didn't have faith in him, just nervous because I wanted the kid to do some well," recalls Mildenhall.

“Alexis is very charismatic, as you could see by him swinging on the crossbar in front of the North Terrace, but that is his personality and he's a very bubbly and infectious member of the squad.

“He knows that he has set the bar with his performance in the first-team. He has had a taste of that first-team environment and like all the players in the development squad, he needs to be ready to take the opportunity if it arises again." 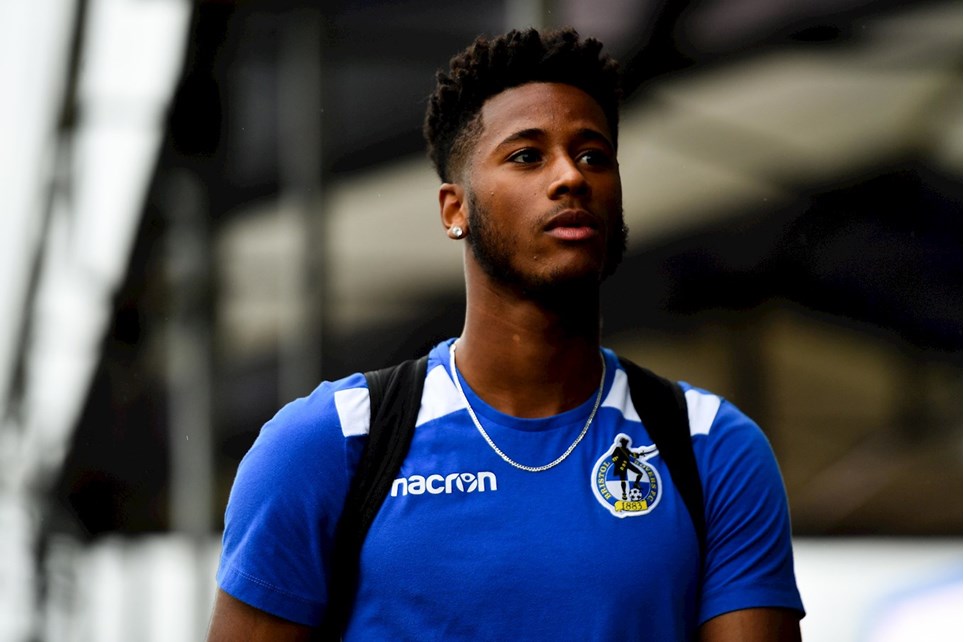 
Goalkeeper Alexis Andre-Jr has moved on an emergency youth loan to Salisbury FC. 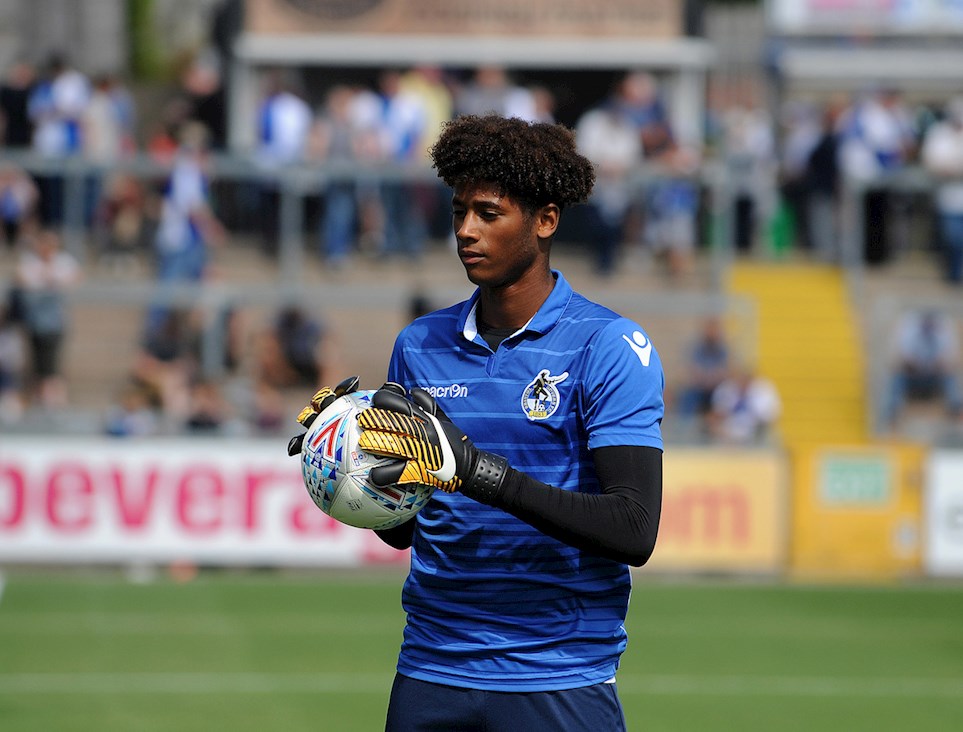 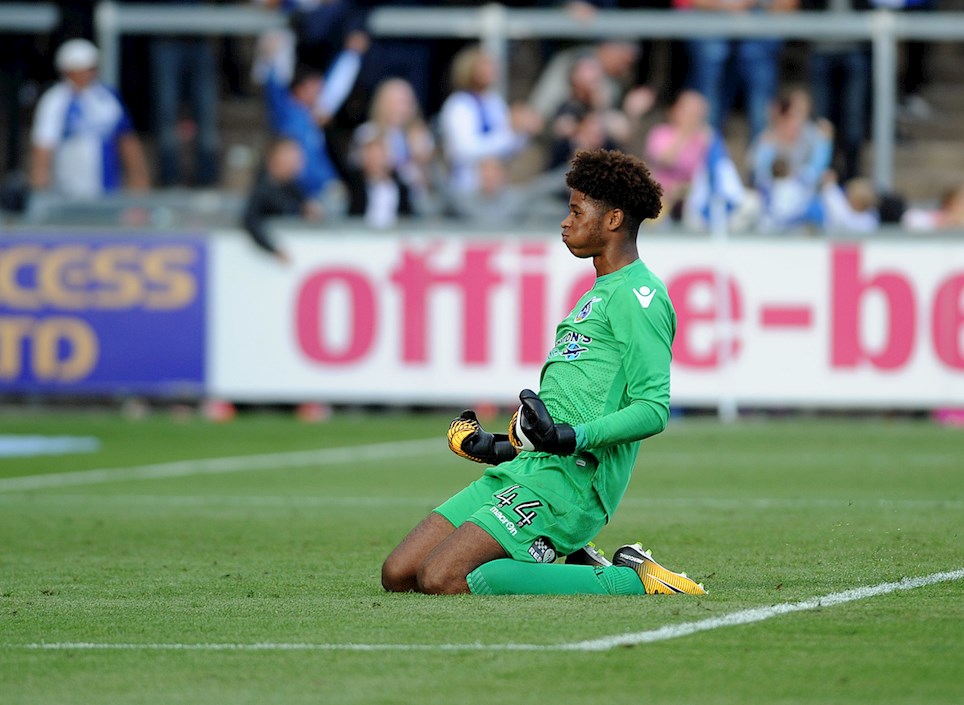 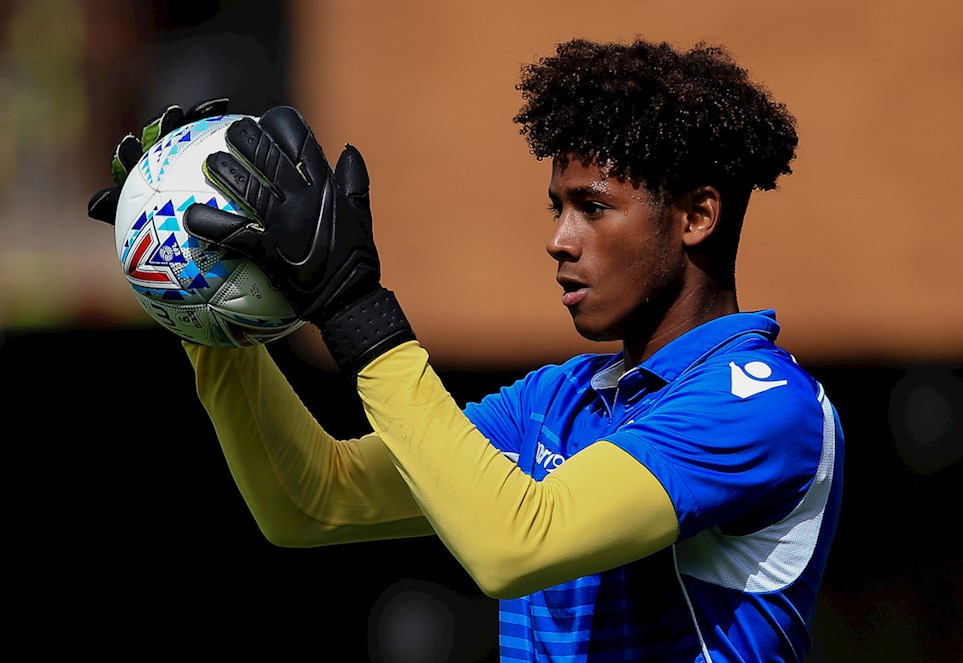