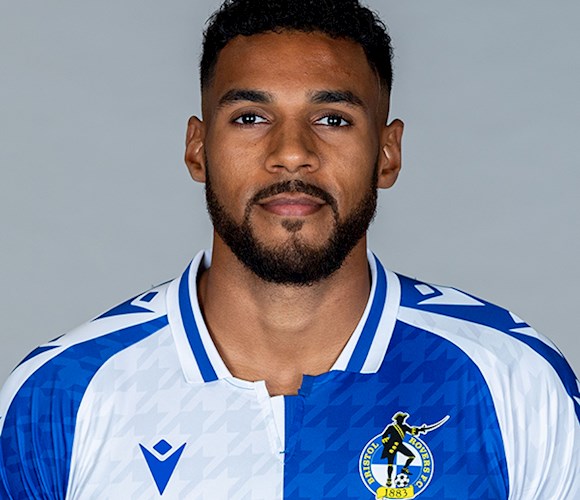 Jonah Ayunga is a powerful forward, who joined the Gas in the summer of 2020.

When asked to describe his game after joining the Gas, the striker said, "Physical, quick, direct, that's the kind of play I offer!"

Ayunga began his career at current Southern League Premier Division South,  Dorchester Town, playing for a season before being snapped up by fellow south coast side, Brighton & Hove Albion. There, the young striker received top-level coaching with the Premier League outfit, and experienced a number of loan moves in his time in blue and white stripes.

These loan moves included visits to Ireland, where Ayunga played for both Sligo Rovers and Galway United.

Following his release from Brighton, the forward moved to Sutton United before being loaned out in November to Havant & Waterlooville for an initial 3-month spell.

However, after showing promising form for his loan side, Ayunga was recalled by Sutton, to play the remainder of the 2018/19 season.

The striker returned to Havant & Waterlooville permanently in the summer of 2019, and picked up where he left off, firing his way to the Golden Boot award in the National League South.

Ayunga has also been recognised on the international scene, being called up by Kenya as early as 2016.

The forward will now look to make his mark in the 3rd flight of English football, anticipating his EFL debut after joining the Gas in July of 2020.