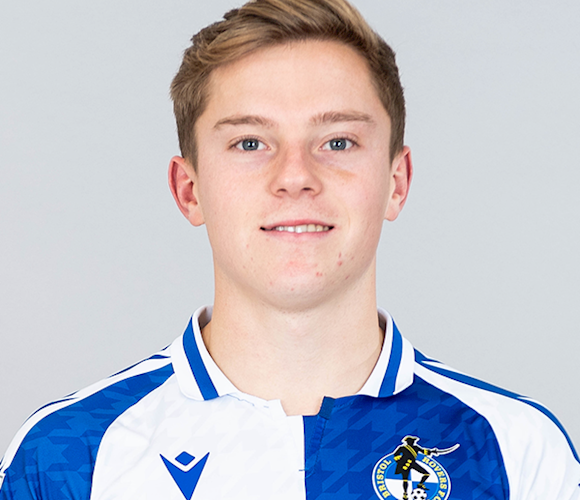 Young striker James Daly joined the Gas on the final day of the 2020 January window, Ben Garner's last signing of his first window in charge.

Daly is a nimble forward with a poacher's instinct and the ability to dribble past defenders.

Daly came through the ranks at Crystal Palace, where he joined at the age of 14 and continued to impress.

In April of 2018, at just 18, he was named as a substitute for Palace's Premier League clash against Bournemouth. In that same season, he played regularly for the under 23's, joining the likes of Aaron Wan-Bissaka on the Palace teamsheet.

At the conclusion of the 2017/18 campaign, he was awarded the 'Scholar of the Year' award.

In the 2018/19 campaign, Daly spent time on loan at Kingstonian FC, where he notched 6 goals in 16 appearances for the Isthmian League Premier Division side.

He returned to Palace for the 2019/20 campaign and was once again named as a first-team substitute, this time regularly over the Christmas period.

On the final day of January, Daly completed a move to the Gas.

The striker picked up a slight knock in training early on in his spell, which delayed his debut to the end of February, where he came on in a home loss to Shrewsbury Town.

Daly picked up a further two appearances before the 2019/20 campaign was concluded prematurely.