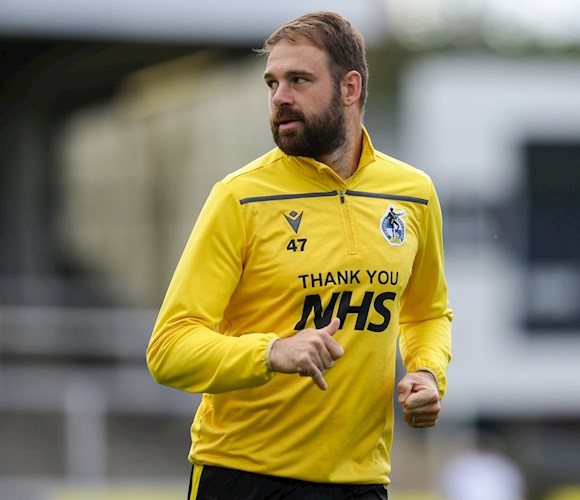 Pitman joined Rovers in July 2021 on a free transfer and signed a one-year deal with the club.

After switching from his local club on the island to Bournemouth at the age of 16 and grew into a regular for the south coast club. Progressing year on year with the side he made his football league debut with, Pitman's goal return peaked with an impressive 28 goals in 50 appearances while in League Two.

From there, Pitman completed a move to the Gas' cross-city rivals, but his stint there was short-lived, as he returned to Bournemouth in League One just two years later.

Upon his return, he experienced another phenomenal goal return with the Cherries, firing in 19 goals in 28 games to propel his side to the Championship.

In 2015, Pitman moved on from Bournemouth for good, joining Ipswich Town, then Portsmouth in the Championship and League One respectively.

Last season, Pitman featured for Swindon Town in League One, scoring 11 goals across his 37 league games.

Pitman's competitive debut for the Gas came as a second-half substitute in a 1-0 victory against Oldham Athletic at the Mem.