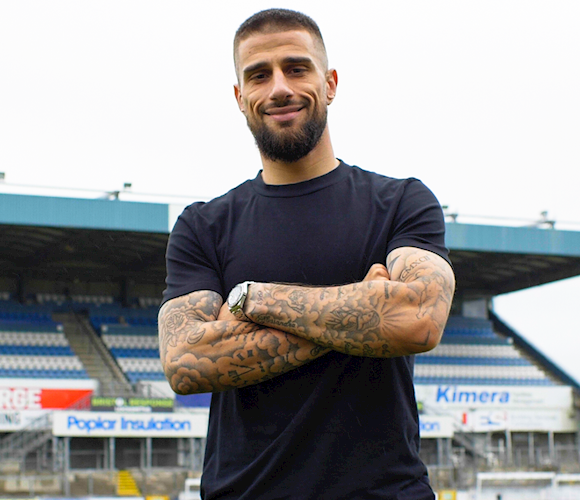 Ehmer joined the Club having lead as captain at fellow League One side Gillingham. There, the German has been credited for a well-rounded approach to defending in the heart of the Kent side, capable of picking a pass and holding possession, whilst well versed in the principles of defending courtesy of years of experience.

Despite being born in Frankfurt, Germany, Ehmer began his career in England with QPR, where he rose through the ranks from the age of 11.

After numerous loans, Ehmer settled with Gillingham, where he signed permanently and went on to 219 appearances with the side.

The defender joined the Gas in a busy period, ahead of his squad returning for training ahead of the 2020/21 season.