Rovers head into Saturday's encounter against Walsall looking to bounce back after defeat against Leyton Orient.

Rovers are back on the road this weekend as they make the journey up the M5 to face Matt Taylor's Walsall. The last meeting between the two teams came in 2020 in a FA Cup tie in which Rovers were the victors, winning 1-2 and knocking out The Saddlers as a result. Below is all you need to know ahead of Saturday's fixture.

Joey Barton spoke to local press on Friday morning at The Quarters, ahead of Saturday's encounter in Walsall. The Rovers manager was keen to highlight the need to pay back the the Gasheads with a return to winning ways this weekend.

'The players are all aware of the numbers we've got travelling to the game on Saturday. I think the players owe the travelling faithful a performance. We've been well, well supported by our fanbase and I think the players have felt that. There has been a little bit of an edge in the training ground this week and it's eight games now (in the league) so you've got to put up or shut up as a group, we can't talk about wanting to be promoted without the results profile. With 38 games to go we've got to start showing some consistency of performance, especially on the road, we have got to be a lot more difficult to beat.

The boss also shared his views on how Rovers will approach the encounter against Walsall on Saturday.

'It's going to be a scrap. We're going to have to do stuff that we haven't done before which is score goals and be solid on the road and we haven't done that for a while. We need to turn up and perform and it's time for the talking to stop.'

Speaking ahead of welcoming Rovers to the Banks's stadium on Saturday, Walsall head coach Matt Taylor has said that he expects a reaction from Bristol Rovers and Joey Barton.

'I’m expecting a reaction (from Rovers) from their result last weekend. I know Joey well and I’ve played with Joey. I know he will demand his players to turn up and give a performance. They’re going to be well supported; they’ll have a lot of fans in our stadium and they’ll look at this as an opportunity to get a positive result but what’s important is that the focus has to remain on our team.

'I think we’re a good team, we just need to tidy up in areas where we’re not conceding goals and that’s the challenge for the players. We know that we’ll create opportunities on Saturday. Can we take those opportunities? Can we be more ruthless? We have to defend better in our box and it needs to mean more to the players.

'I would say our players are 100 per cent ready for the fixture coming up and if they go out there and perform, we’ve got every chance of taking three points.'

Matt Taylor's side currently sits 19th in the Sky Bet League Two with eight points from eight games so far this season. In their previous league fixture, The Saddlers fell to a late 2-1 away defeat to Newport County courtesy of a winning goal from former Rovers and Walsall defender, James Clarke.

In their last six league games, Walsall have won two games against Mansfield Town and Stevenage. Both of those victories came at their home, Banks's Stadium. Last season, our hosts played 23 home games in the Sky Bet League Two, winning seven of those fixtures. 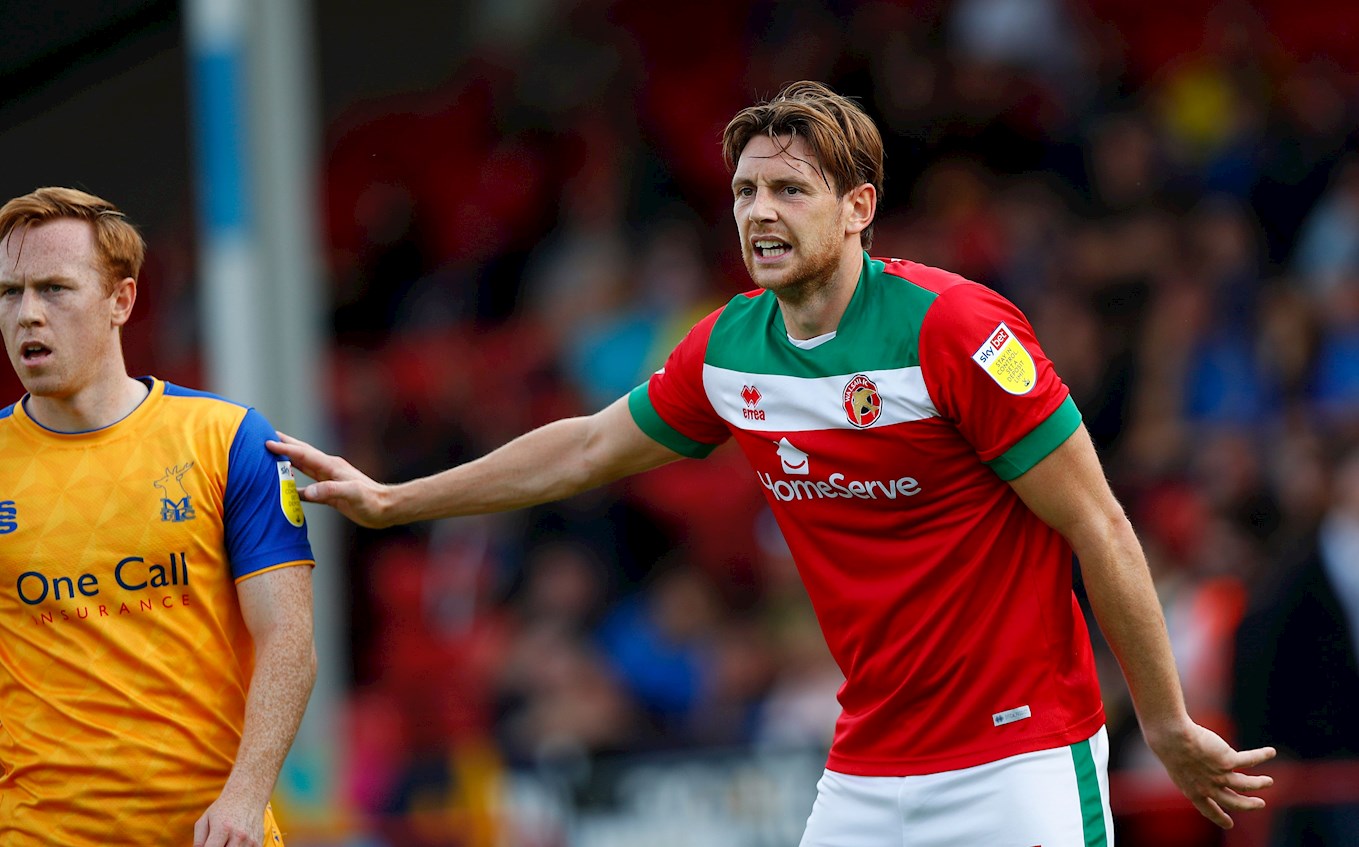 Joe Edwards, Walsall correspondent for the Express & Star, gives us a deeper look into what Saturday's opponents might offer...

'Matt Taylor has admitted Walsall have not been as consistent as he would have liked, but there is optimism among supporters.
'Walsall have a clear way of playing - a 4-2-3-1 formation used in all their games - and are determined to impress after a tough couple of years for the club. No fewer than 13 signings were made over the summer and while they have not taken the league by storm as of yet, they have settled in pretty well.
'Carl Rushworth, between the sticks, has been a revelation on loan from Brighton while George Miller, on loan from Barnsley, could be the goalscorer fans have been craving. Liam Kinsella has joined Conor Wilkinson and Rory Holden out injured, which is a big blow. Walsall, though, will hope they still have enough to make it four wins a row at the Banks's Stadium across all competitions. They have been moving in the right direction over the past month or so and appear to be growing in confidence. Another performance like the ones seen at home recently should stand them in good stead.'

Rolin Menayese now plys his trade for The Saddlers on loan from Mansfield Town whom he departed Rovers for in 2020.

Menayese made 16 appearances for Rovers from 2017-2020. The defender, who has represented Wales to U17 level, had a number of loans during his time with the Gas including a short stint at local rivals Swindon Town. The defender has made five appearances this season since joining on a season-long loan from Nigel Clough's Mansfield Town. 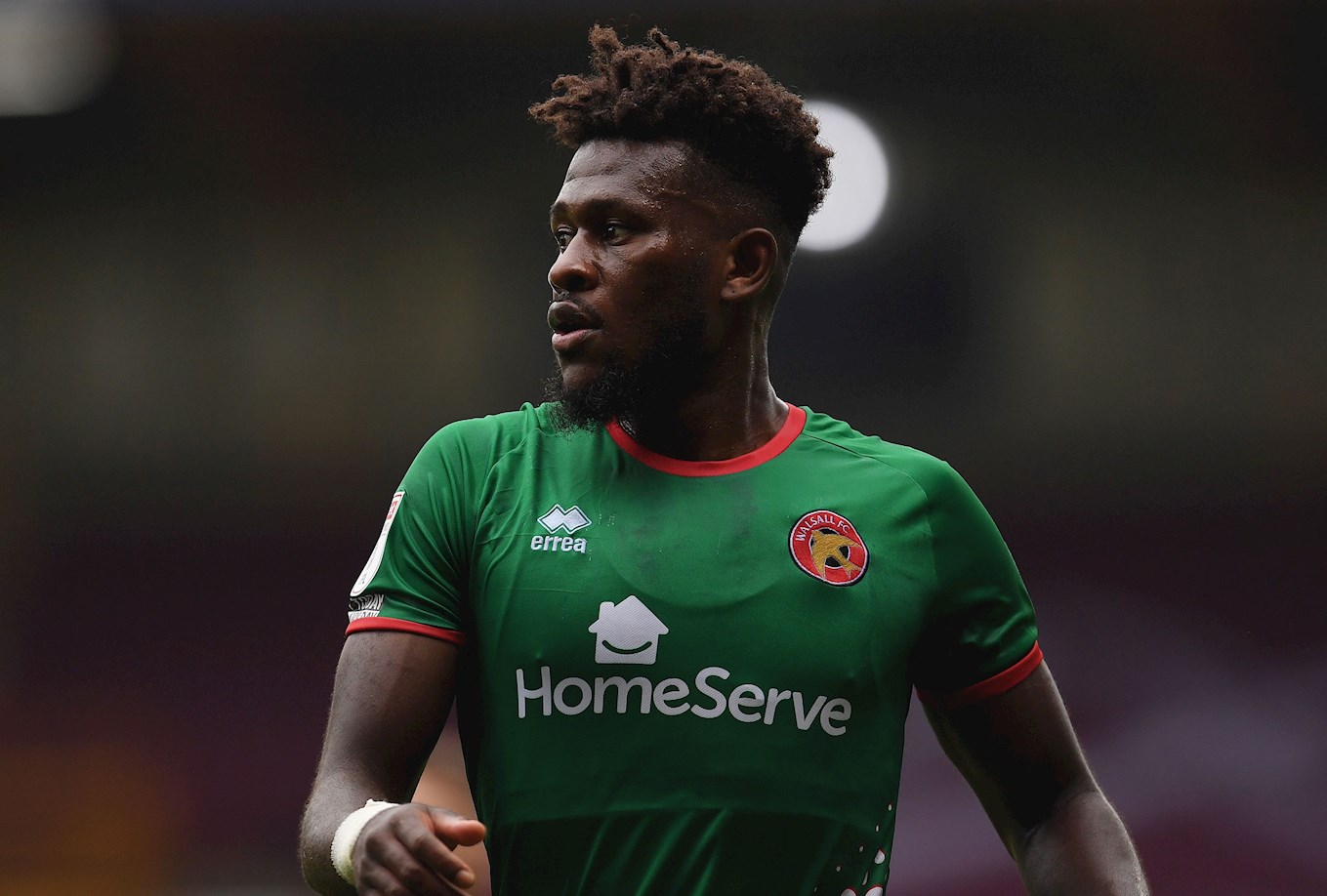 Our last meeting against The Saddlers came last season in the First Round of the Emirates FA Cup. On that occasion, goals first-half goals from Brandon Hanlan and Jack Baldwin helped the Gas to a 2-1 win.

The sides also met in group stages of the EFL Trophy last term, playing out a 2-2 draw at the Mem. Tom Mehew and Jonah Ayunga grabbed the goals for Rovers, which ended with Walsall taking the bonus point on offer in the penalty shootout.

The last league meetings between the sides took place on Boxing Day 2018. Tom Lockyer opened the scoring, meeting a low cross from Alex Rodman to grab the game's first goal inside the opening ten minutes. Rodman was on the scoresheet himself moments later, connecting with a sweet volley at the far post. The scoring for Rovers was completed in the second half, as Tareiq Holmes-Dennis showed great composure to find the net after being picked out by Alex Jakubiak.

Seb Stockbridge has been appointed as the referee for Saturday's contest. The Tyne based official has been in charge of 7 games this season to date, handing out 23 yellow cards and one red card. His last game in charge of Rovers was our 0-0 draw on the road at Fleetwood back in February. In total, Stockbridge has officiated 25 Sky Bet League Two encounters, averaging 27.40 fouls per game and 3.40 yellow cards per fixture. 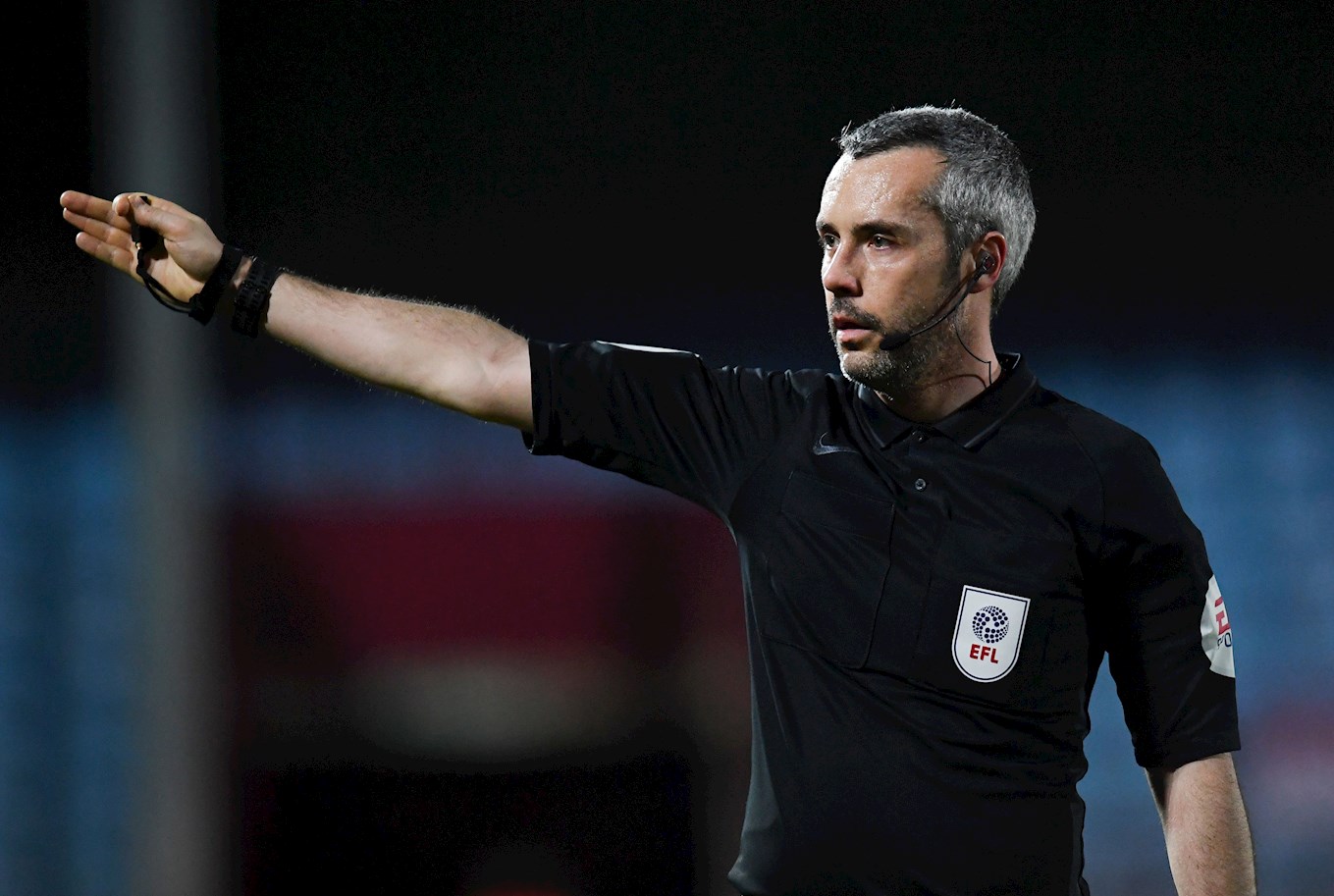 EFL sponsors Sky Bet have Rovers priced at 15/8 for the win on Saturday. On the goal scorer markets, Brett Pitman is offered at 11/2 to be on the scoresheet at any time, while Aaron Collins is at 13/2 to open the scoring on Saturday. On the scoreline front , a 1-3 in favour of the Gas can be backed at 25/1.

Rovers will wear their green and yellow away kit on Saturday.

Over 1,100 advance tickets have been purchased for Saturday's game. Full ticket details can be found HERE.