Rovers' visit to Wetherby Road this weekend will likely be the first visit for many of our supporters. We have compiled a guide for supporters, with the help of Harrogate Town, which covers the key details ahead of Saturday's match.

This is a place that looks noticeably different to what it did not too long ago, but the changes have made this place a nice football ground that offers a little bit of everything. Currently known for sponsorship reasons as the EnviroVent Stadium, Wetherby Road’s name comes from the road that passes by its southern side (also known as the A661). The ground dates back to 1920, when it became home to its current tenants, Harrogate Town Association Football Club, who moved here from their previous home at Starbeck Lane.

The football ground has seen multiple redevelopments in the decades since, including the installation of an artificial pitch that was in use during Harrogate Town’s time in Non-League.

After Harrogate won promotion to the Football League for the first time in 2020, regulations required all stadiums to have a natural pitch, and so the turf at the ground had to be removed and replaced, along with notable renovations to the stands so that Wetherby Road could reach the required 5,000 minimum capacity.

Harrogate Town briefly played home matches at Doncaster Rovers’ Keepmoat Stadium whilst these renovations were taking place, and their first game back at Wetherby Road was a 1-0 win over Barrow on 17th October 2020.

Location and Getting There

Wetherby Road is based adjacent to Harrogate District Hospital on the A661, approximately 1.25 miles east of Harrogate Town Centre. The Stray, a large stretch of protected grassland, is less than 0.5 miles to the west of the football ground and Starbeck where Harrogate Town formerly played is roughly 0.75 miles away to the northeast.

Coming to Wetherby Road by car is certainly possible, and there is free street parking around the ground but respect for residents should be maintained. Also check for parking restrictions as some areas only allow two hours. Coming by train takes you to Harrogate Station, served by northern rail, and is based near to the town centre.

Walking from there, across the Stray and to the ground takes around 20 minutes. Hornbeam Park, the next stop on the line south of Harrogate Station, is a 25-minute walk away from Wetherby Road to the southwest.Starbeck Station is also on the same line and roughly a 20-minute walk northeast of the ground.

For buses, your best route is to use the Number 7 service, that runs to the football ground from Harrogate Bus Station (next to the railway station) and stops outside Wetherby Road on its way to Leeds City Centre. 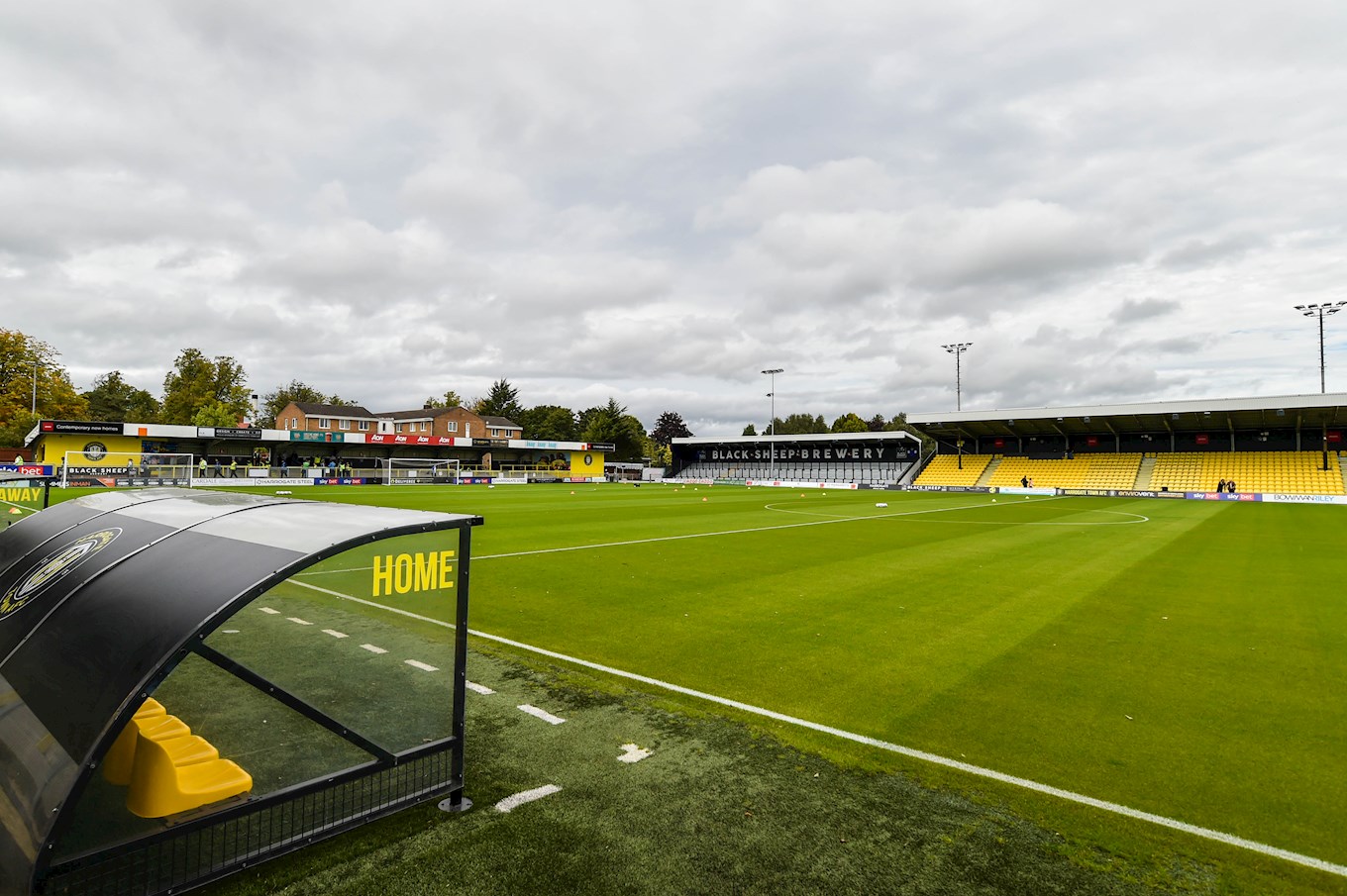 Away fans are housed on the southern side of the ground in both the EnviroVent Terrace and the EnviroVent Stand. The Terrace can hold a far greater number of people than the seated stand and it is up to the away fan to choose where they want to go when they order their ticket pre-game. To access the away area, fans need to come through the South Gate off the A661 and use the South Turnstiles, turning left immediately after passing through them. You will have a perfectly clear view of the action if you are in the EnviroVent Stand but may have your view slightly restricted by one of two floodlight poles if you are standing towards the back of the EnviroVent Terrace.

Supporters should be informed that there will be no parking at the ground. There is street parking available nearby.