Rovers make the long journey to the The EnviroVent Stadium as they face Harrogate Town this weekend. Here is the lowdown ahead of the fixture.

Rovers head into the game off the back of a 1-3 home defeat against Newport County and will be looking to return to winning ways when they take on Harrogate Town this weekend.

Rovers are unbeaten in their last three games away from home picking up 5 points in the process with a win against Walsall and two draws against Bradford City and Colchester United.

Rovers boss, Joey Barton sat down with local press on Thursday morning. Offering his thoughts on our recent form and previewing Saturday's opponents.

Speaking to www.harrogatetownafc.com Weaver spoke on Rovers season so far and James Belshaw's return to The EnviroVent Stadium.

"I think they have alluded to it before in interviews that they probably put pressure on themselves because they are huge at this level, like Bolton last year and so there probably is more outside pressure and inward pressure at that club than ours. But we don't want to be the club that triggers a turn in momentum for them, they've got some very good players, huge pedigree and experience so it's going to be a tough game."

"He played a massive role for us and it will be good to see him again and I hope our fans give him a really good and deserving reception when he goes to the kop or the other end, which I'm sure he'll get. He made a massive contribution over a number of years and we're really thankful for that." 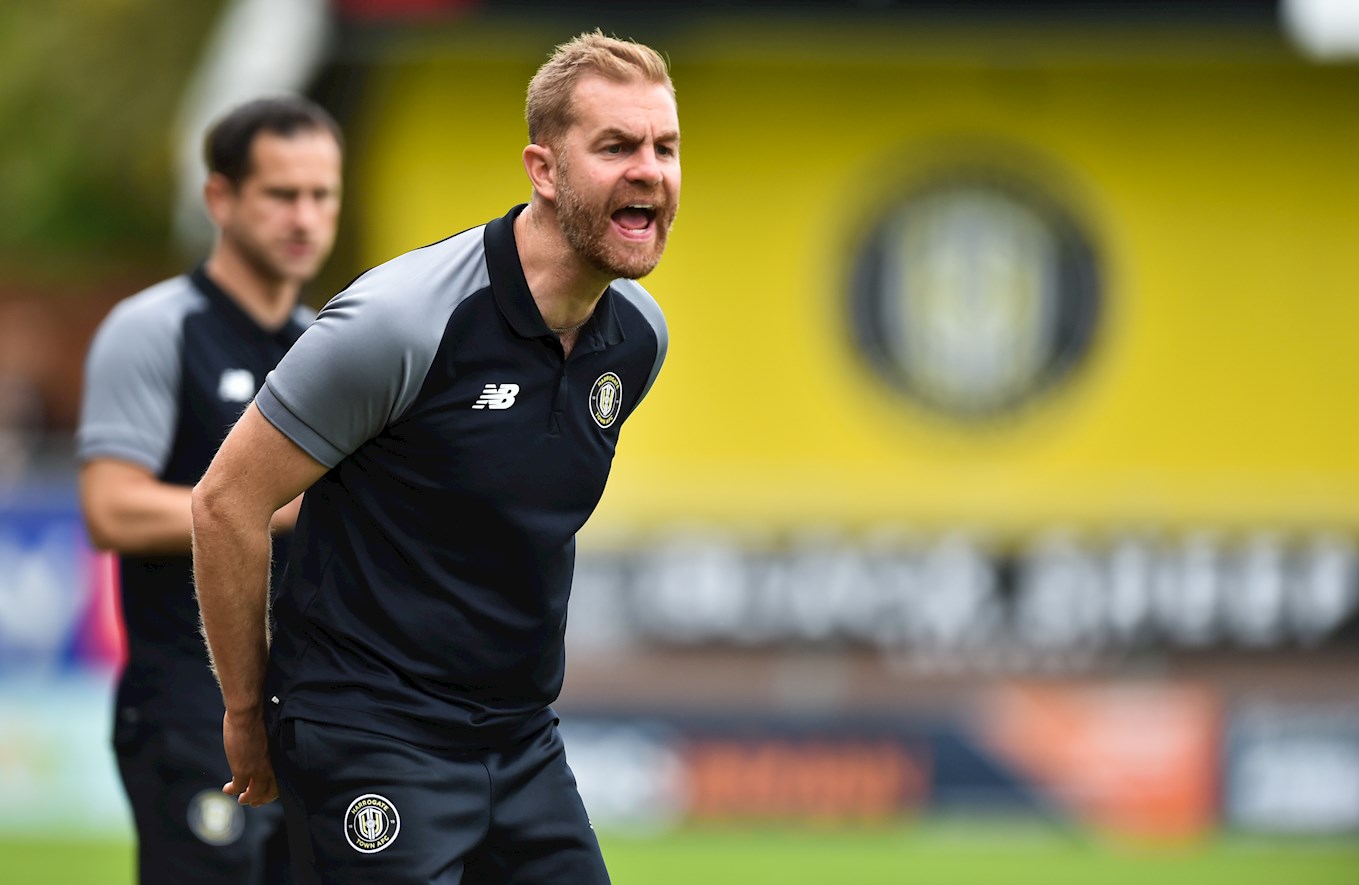 Harrogate have enjoyed a bright start to their second season in the Football League as they sit 5th in the Sky Bet League Two standings with 23 points from 14 games so far this season. In their previous fixture, a 3-2 away loss against nearby Hartlepool was only their third loss of the season. All of The Sulphurites losses this season have come away from Wetherby Road with them yet to lose at home in the league this season. Their other two defeats coming against Colchester and Port Vale.

Their recent form has seen Simon Weaver's side pick up eight points from their last six games including an impressive 6-1 win against bottom of the table, Scunthorpe.

Forward, Luke Armstrong has been in stellar form for Hartlepool this season. Scoring eight goals and registering two assists in 14 league games this season with a WhoScored.com overall rating of 7.86

Rhys Howell, Sports Editor for the Harrogate Advertiser has provided fans with an insight into Saturday's encounter.

"Harrogate Town made a flying start to 2021/22, winning their first three matches despite being hit by a Covid-19 outbreak immediately after a 3-2 opening-day success over Rochdale.

'They maintained their impressive form all the way through to the middle of October, losing just one of their first 13 matches in all competitions.

'The contribution of centre forward Luke Armstrong - eight goals in 14 appearances - and Alex Pattison - five from midfield already  has been crucial, with the Sulphurites currently the leading scorers in League Two.

'They have been less impressive at the opposite end of the field, however, managing just two clean-sheets in the league and are currently enduring something of a blip.

'Two defeats in the space of a week at Colchester, then Hartlepool - where they surrendered a 2-0 half-time lead - dropped them from second down to fifth place and mean that Simon Weaver and his men await the visit of Bristol Rovers having taken just a single point from the last nine on offer."

Marc Edwards is the man in the middle for Saturday's contest. Edwards has officiated one game so far in the Sky Bet League Two this season in Sutton United's 1-3 away victory over Colchester United. Across League One, League Two and the League Cup, Edwards has produced 26 yellow cards and one red card in eight games. This season, Edwards averages 21.63 fouls per game and 3.25 yellow cards per game. 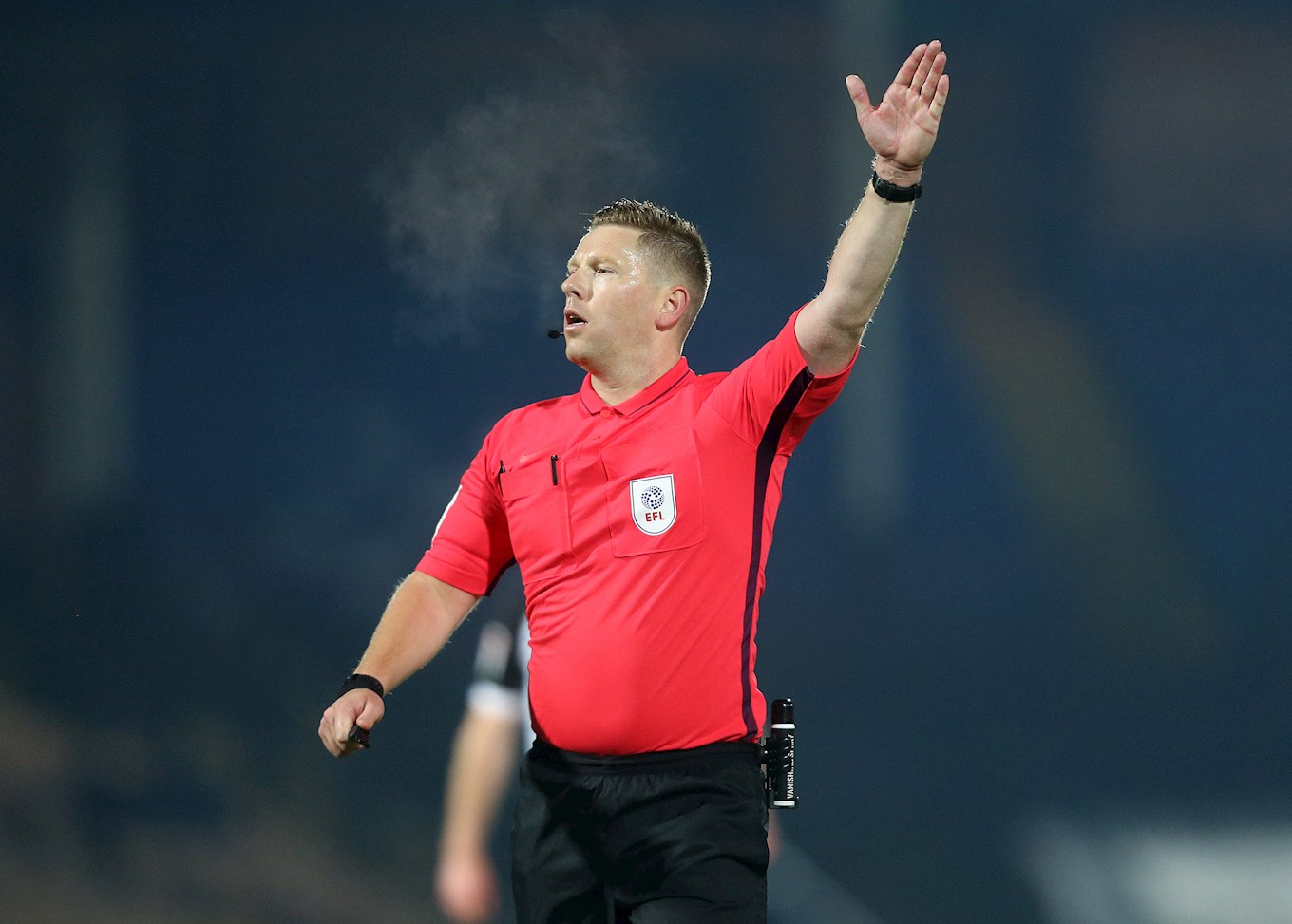 League sponsors Sky Bet have Rovers priced at 14/5 to pick up three points on Saturday. On the goalscorer markets, Brett Pitman is 5/2 to score at any time in the match, with Antony Evans priced at 11/1 to open the scoring.