The Rovers goalkeeper spent four years with Harrogate Town, a spell which included The Sulphurites rising up the football pyramid, reaching the EFL for the first time in the club’s history back in 2020.

When the goalkeeper made the switch to BS7 in the summer, Saturday’s encounter against his former club was always going to be a focal point on the fixture list for the Rovers goalkeeper.

“As soon as I joined Rovers on trial in the summer, I looked straight away to find fixtures against Harrogate,” explained Belshaw.

"After signing at Rovers, this fixture coming up was the game I pencilled in and highlighted.

“A lot of the people in and around Harrogate, when they were congratulating me on my move, they were saying ‘see you in October’!

“It’s a game that I’m looking forward to. I’ve got a lot of fond memories from my time at Harrogate, so it will be nice to go back and see some familiar faces amongst the playing staff and supporters.” 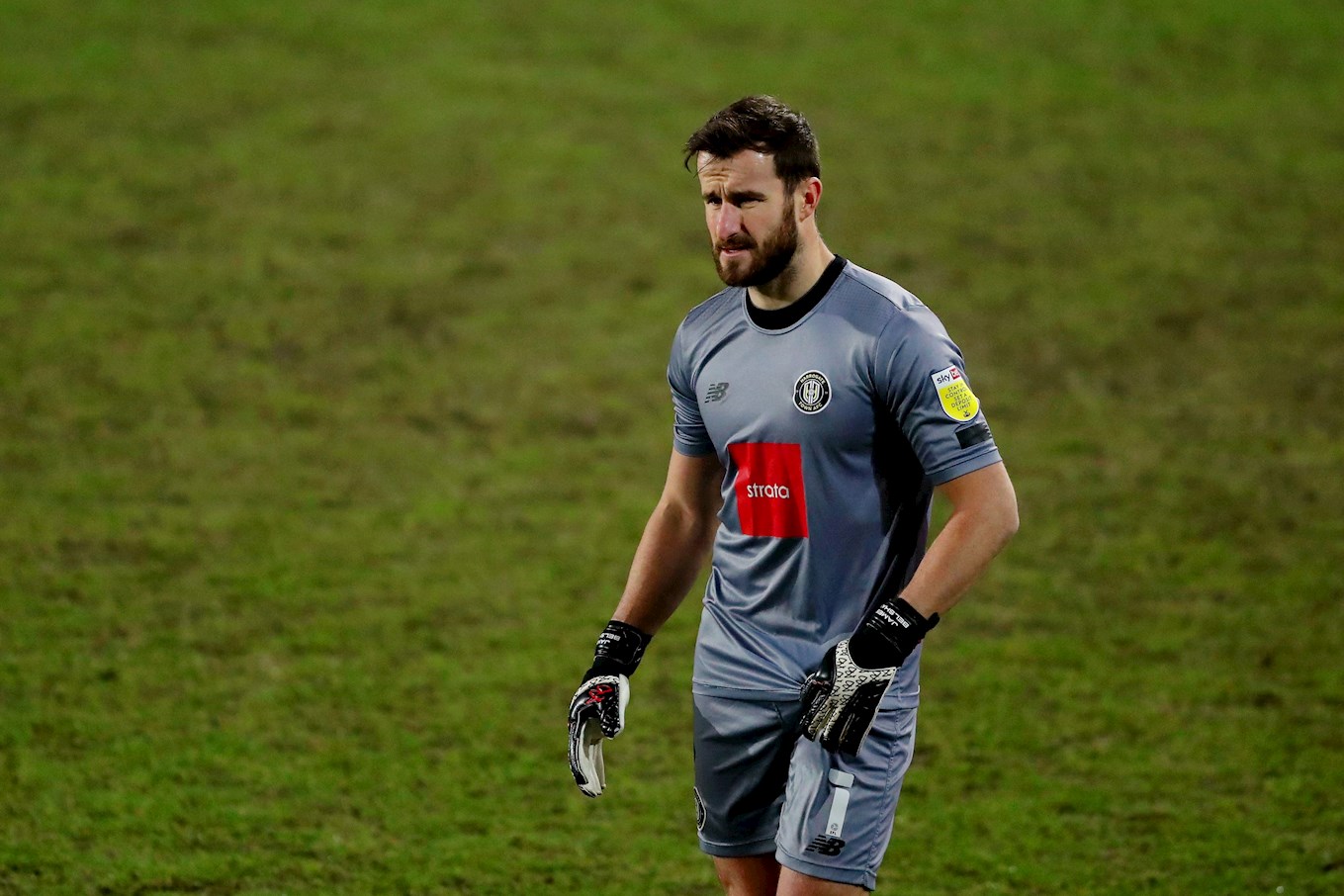 For many of the Rovers fans heading to North Yorkshire on Saturday, it will be a new ground to tick off.

The EnviroVent Stadium is poised to house a sold-out allocation of 600 or so Rovers fans this weekend.

Belshaw indicated what Gas fans can expect on Saturday and also looks forward to seeing fans back at the home of Harrogate Town, after playing the entirety of last season behind closed doors.

"It’s probably one of the smallest stadiums in the EFL. It’s been a rapid rise at Harrogate over the past few years with their promotion to the EFL, so they have had to make some adjustments to their stadium,” the goalkeeper said.

"I’ve been keeping an eye out on their (Harrogate’s) attendance figures and it looks like the attendances they get are higher than when we were playing in the National League and the atmosphere when they play at home, has been good.

"It’s all set for a great game. I know the Rovers fans have sold out their allocation of tickets and they will be based behind one of the goals. I’m sure they will look to out-sing the home fans and that will add to the atmosphere on the day.

"The vocal sections of the Harrogate fans will be based behind the opposite goal to the Rovers fans and it will be nice for me to experience fans back at the EnviroVent Stadium because we played all of last in an empty stadium.

"As a ‘keeper, you always expect some comments from the home fans when you play away. I’m sure there will be a few comments aimed to get under my skin, but I’m hopeful Harrogate fans will be appreciative of what we achieved during my time at the club." 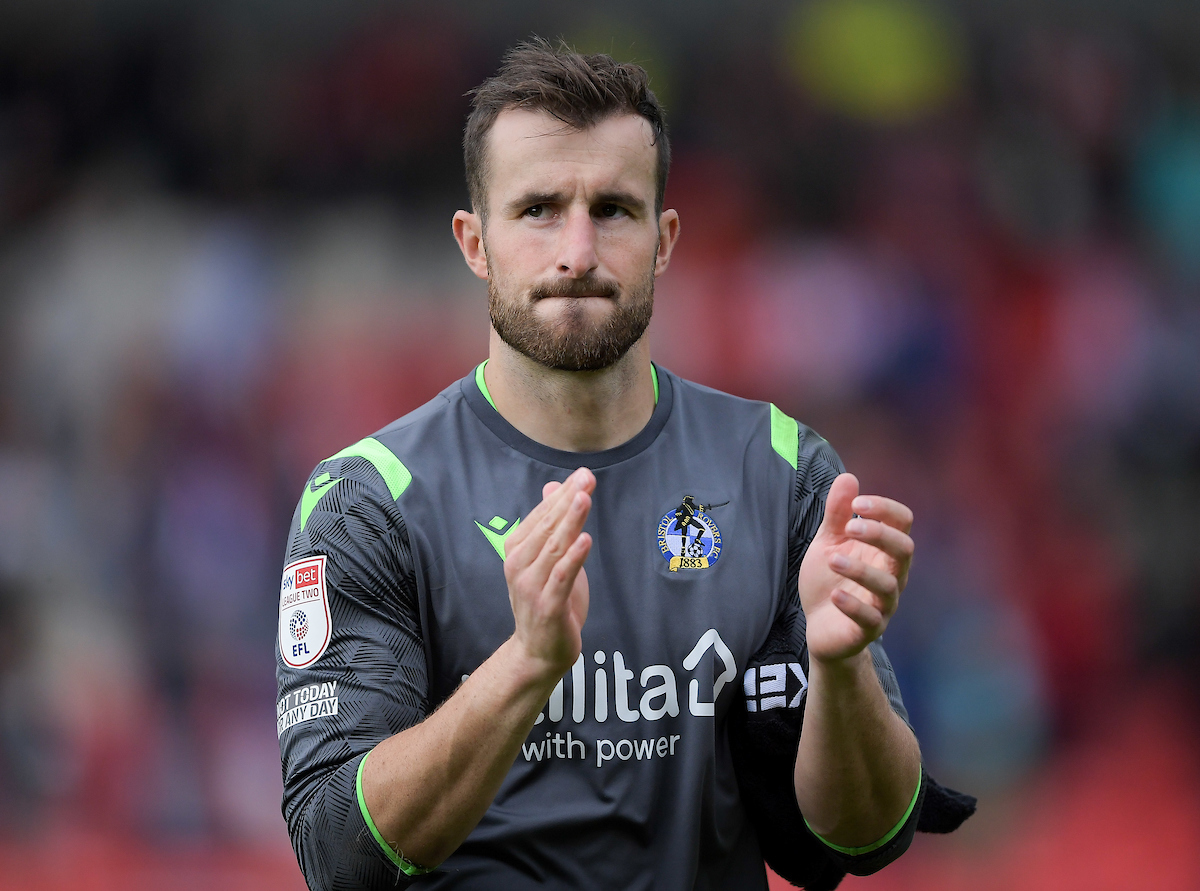 When casting his mind back on his time with Harrogate, it’s clear that promotion to the EFL in the 2020 National League Play-off final deservedly holds high regard in Belshaw’s list of career achievements.

The final at the home of English football was played behind closed doors, with Harrogate securing a 3-1 over Notts County.

"Wembley is the pinnacle and the highlight of my career so far,” Belshaw recalled.

"That was at a time where there were teams around us were chasing us and we were also trying to hunt down Barrow for the title and automatic promotion. That game was a big swing in momentum for us and we hit form at a good time. Barrow had just had a blip in form and I think if the season would have carried on, either Notts County or Harrogate could have caught Barrow in the promotion chase.

"As it was, the season ended a week later. But those are the sort of games where that belief is built and you start thinking you can achieve promotion. We had finished in the play-offs a year before and had missed out and games like the Chesterfield victory are markers that the rest of the division should take you seriously.

"Playing at Wembley was an unbelievable experience - whether it was empty or not. You can always say when you finish your career that you have played at Wembley.

"The play-off final was against my boyhood team, Notts County, who I have supported all my life. We had a very limited number of tickets for the game, reserved for Harrogate directors and my Dad actually managed to get a ticket to the game!

"My Dad is a Notts County season ticket holder and has been for the last 50 years and he was able to get to Wembley to watch me beat his team!” 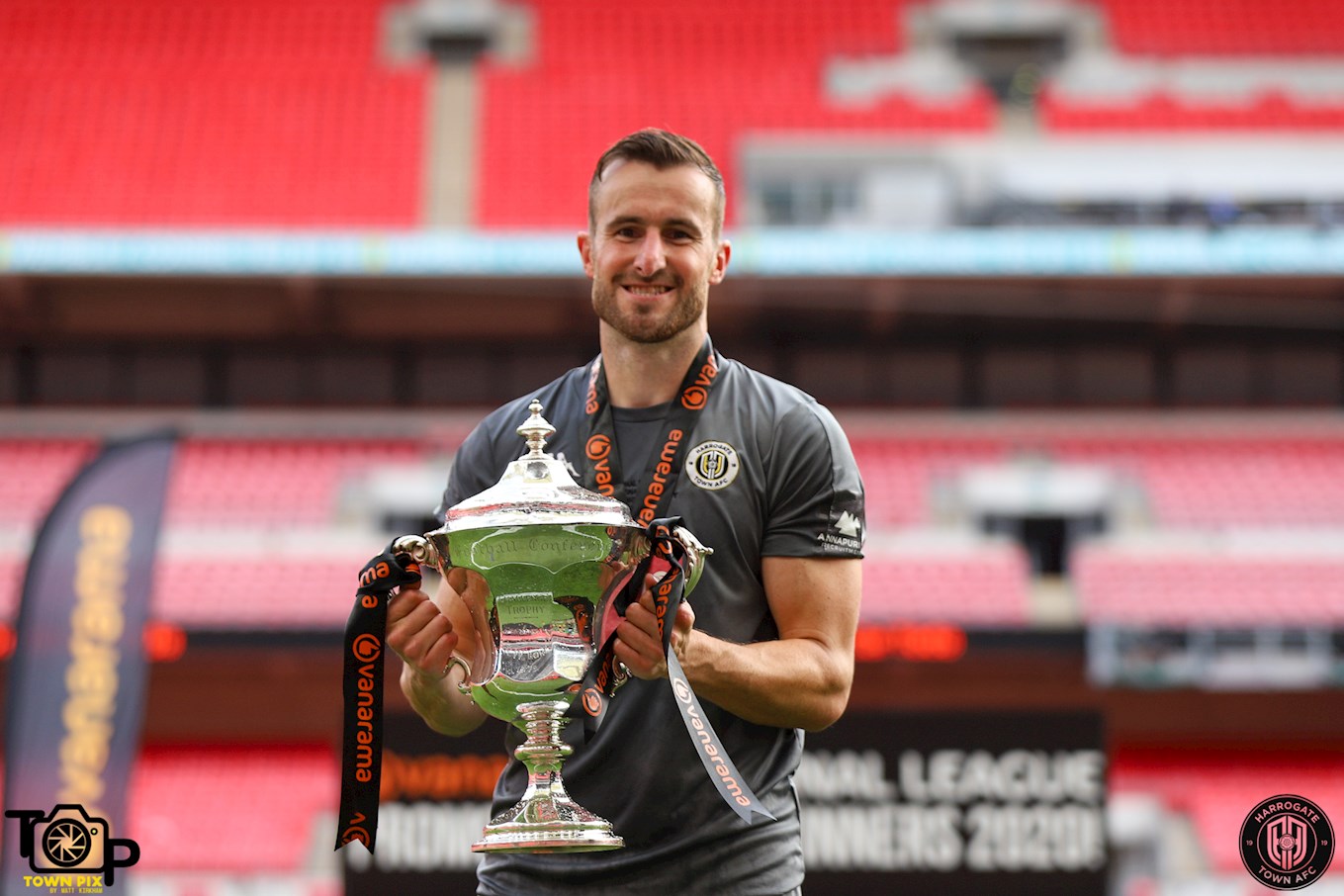 Playing in EFL for the first time was a huge moment for The Sulphurites, who were forced to mark the occasion playing behind closed doors, as stands and terraces remained empty last season due to the pandemic.

Despite the lack of fans, Harrogate managed to retain their position in the EFL last season, with the Belshaw featuring over 40 times across the 2020/21 campaign, in his first season playing in the EFL.

"I think the main thing for us was that we always believed we could beat the drop and we were good enough to stay up. It was a big responsibility for us to stay in the EFL and make sure the fans didn’t miss out on the chance of watching Harrogate play in the EFL,” Belshaw added.

"What people may not realise is that we climbed through the ranks with pretty much the same squad. The lads who won promotion from the National League North was the same group that went on to win promotion to the EFL and then went on to play week in, week out, in the Sky Bet League Two.

"The massive plus point for Harrogate is that the club has managed to progress every year over the past 5 seasons or so. Even this year, they have started the season brightly to continue and build on what they achieve last year.

"The Harrogate fans missed out on two trips to Wembley, so for fans to see EFL football being played at Wetherby Road, it’s obviously great for them.

"To be fair when I turn my phone on after a game now, it’s usually a quick glance to see how my fantasy football team has fared and then my attention quickly turns to see how Harrogate got on and also a check on the Notts County scores!

"Saturday will be a nice way to draw closure on the Harrogate Town chapter of my career. It’s a special club and one they can be very proud of."

Belshaw joined Rovers in the summer, following a spell on trial with the squad during the pre-season period.

The 31-year-old has quickly grown an affinity with the club’s fanbase, with a series of standout saves in his 13 appearances to date.

Although he permits it was a difficult phase surrounding his departure from Harrogate, Belshaw relates that he’s happy with how the summer switch has played out.

"It was a tough summer for me when it was made clear that I was no longer wanted at Harrogate at the end of last season,” recalled the goalkeeper.

"It was a tough time mentally for me, but it plotted the way for the move to Rovers, which has gone extremely well so far and I’m extremely gratefully to be at a club like Rovers, playing regularly.

"Playing for a club like Rovers -  I’ve never seen both away and home support like the following we get here.

"The atmosphere the Rovers fans can create is electric and they follow us all over the country and have backed us through some difficult times this season.

"They (Harrogate) are a very hard-working side, very intense, very fit - they will look to press us very high up the pitch and look to stop us having any time on the ball.

"It will a tough game for us. I will have a job to do and my focus will be on getting three points for the Gas."

He added, “On a personal note, the Rovers fans have been brilliant with me since I joined. I try to take time out to speak with and respond to supporters messages on social media and I’ve been humbled by the positive message I’ve had.

"I’m proud to wear the Rovers shirt and long may that continue."