Nick Anderton’s first goal for Rovers midway through the second half provided the platform for three points – stretching the Gas’ unbeaten run away from home to four games.

Luke Thomas and Sam Nicholson both fashioned first-half chances for Rovers, who lost Brett Pitman through injury just 10-minutes into the encounter.

Belshaw was alert to make saves from attempts from Alex Pattison and Muldoon on his return to The EnviroVent Stadium, as the deadlock remained in place at the halfway stage.

Rovers were on top after the break, with Anderton’s close-range goal just after the hour mark coming after a period of ascendancy for Joey Barton’s side.

The Gas tended the one-goal lead for the remainder of the game, securing the three points on offer.

Paul Coutts, Cian Harries and Junior Brown come into the starting XI against Harrogate Town. Alfie Kilgour, Nick Anderton and Aaron Collins are named on the substitutes bench. Harries is available for Rovers again following his one-match ban which he picked up in our 1-1 draw against Colchester United. 1st year scholar, Jarmani Langlais, is named on the bench for the first time.

Before kick-off, both sets of players and supporters observed a minute's silence to pay respect to fallen service personnel, with the encounter being Harrogate’s Remembrance fixture. 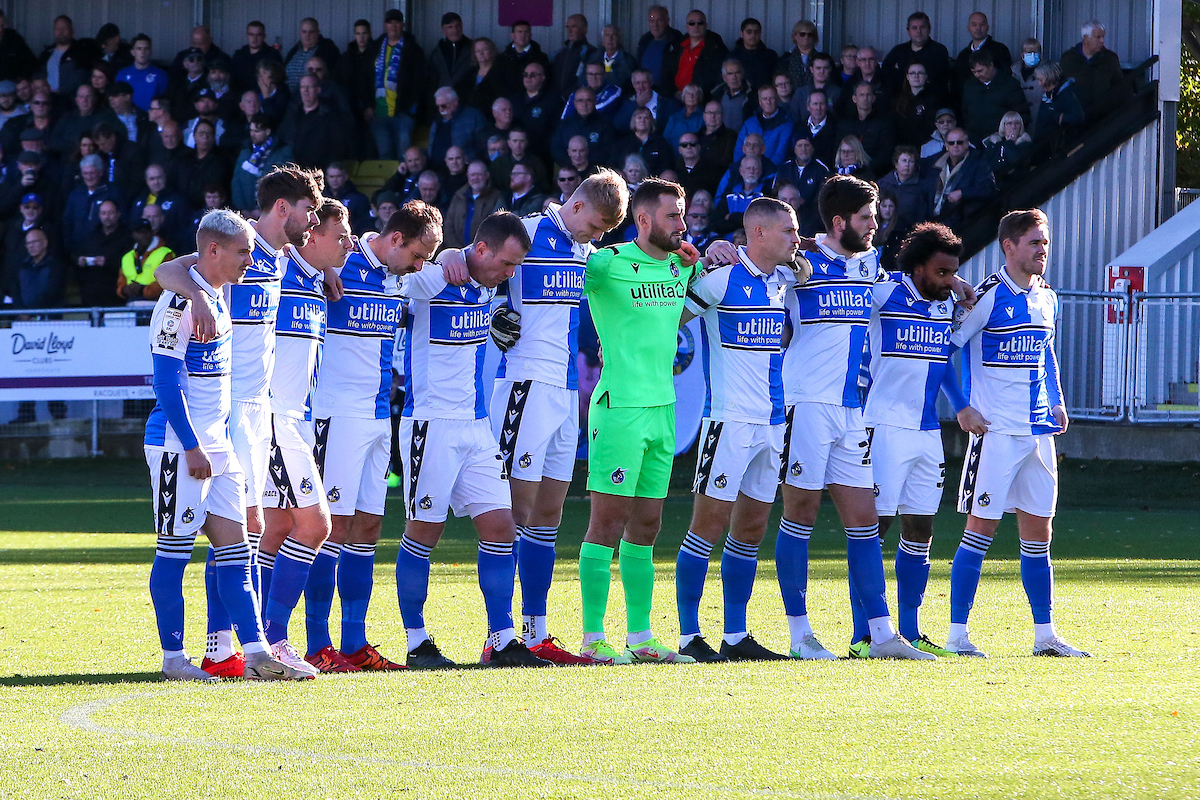 In a lively opening start, both teams had chances in the opening five minutes. From a set-piece inside the hosts' half, Rovers tested Oxley as Luke Thomas took aim with a low effort that required attention from the Harrogate ‘keeper. At the other end, Muldoon was played in behind the Rovers backline, with Belshaw quick off his line to smoother the opportunity for the forward to muster a shot.

The low sun and slippery playing surface made conditions tricky. A long-range effort from Thompson swerved and veered in the air, with Belshaw making a comfortable stop from the attempt.

Rovers were forced into an early change when injury abruptly ended Brett Pitman’s afternoon. The forward was replaced by Alfie Kilgour, who quickly took up a position as right-back along the Rovers backline.

The Rovers goalkeeper was called on again when Diamond snatched possession on the edge of the Rovers area and fed a pass to the feet of Pattison, who curled an effort on target that Belshaw watched into his arms.

Midway through the first half, a neat turn in the middle of the park by Luke Thomas opened the opportunity for the playmaker to piece a lofted ball in the path of Sam Nicholson. The pass looked inch-perfect to the run into the path of the winger, with Smith covering for the hosts to prevent Nicholson from getting the chance to fashion a shot. Smith’s intervention sparked protests of handball from Nicholson, who seemed convinced the defender used his hand in the pursuit of the bouncing ball, but the referee signalled for play to continue. 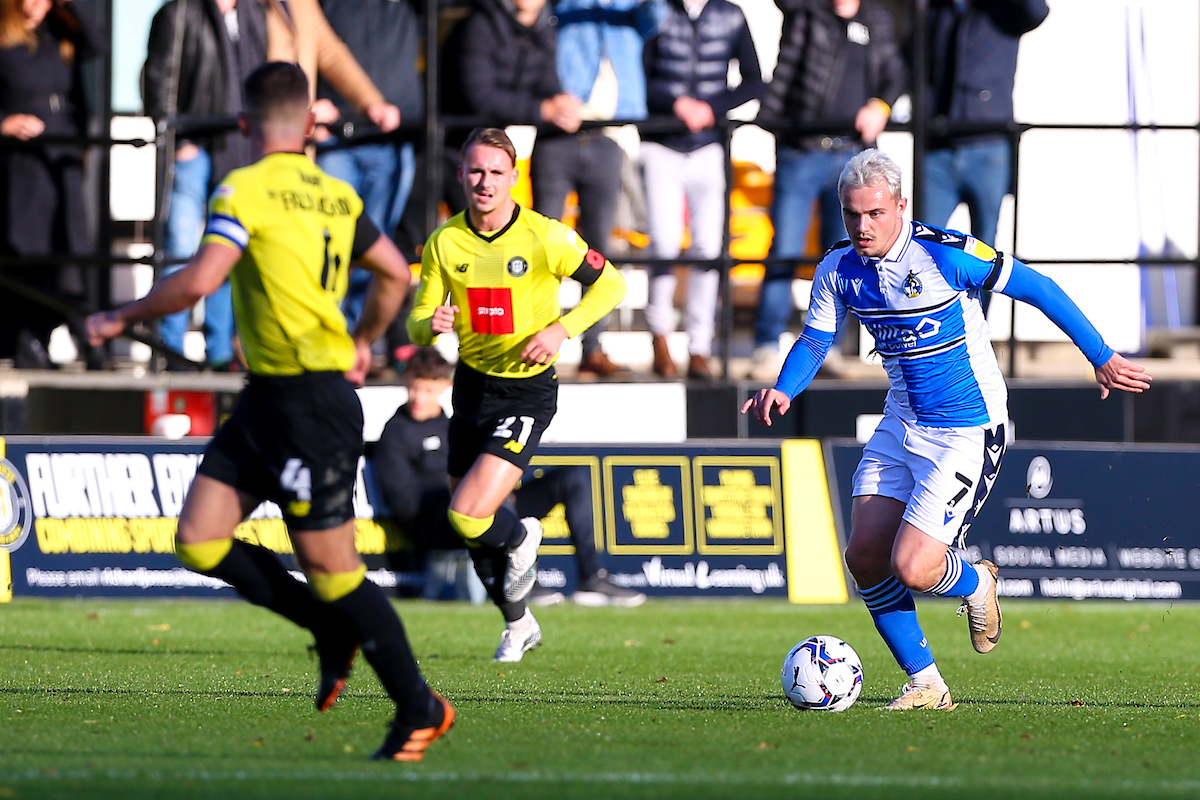 As half-time approached, Rovers registered the best opportunity of the game. Luke Thomas worked space inside the Harrogate area to flash a low cross that swerved diagonally towards the hosts' goal. The delivery sparked Page to bolt into the six-yard box and dig out a risky clearance over his own crossbar, which could have easily resulted in an own-goal.

Rovers ended the first half firmly on the front foot, with Sam Nicholson edging a low effort inches wide of the goal frame inside stoppage time.

After the interval, both sides took a period of time to settle back into the rhythm of the game. Antony Evans saw a forceful volley from outside the area palmed away by Oxley, in what was the first goalmouth action of the second half.

Rovers took the lead in the contest on the stroke of the hour. Glenn Whelan recycled the ball, after a Rovers set-piece was only half-cleared. Whelan’s delivery was headed back across goal by Kilgour, where Nick Anderton was well poised to glance home a finish that nestled off the upright on its way beyond Oxley. 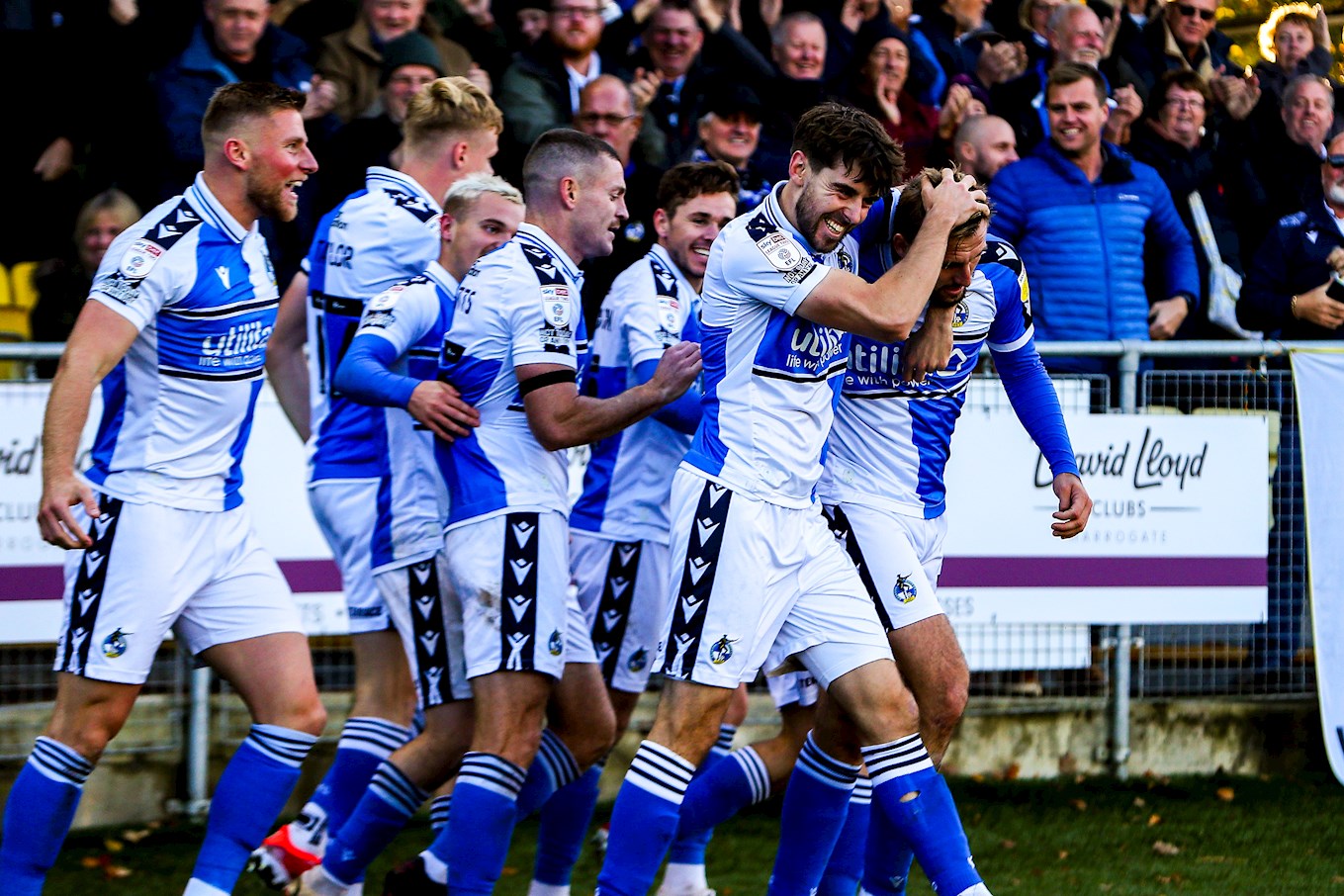 The Gas looked comfortable guarding the lead and could have added to their tally when Luke Thomas jinked inside the Harrogate area, only to lose his footing at a crucial moment when he was shaping up to shoot.

Rovers are in Emirates FA Cup action next weekend, facing Oxford United at the Kassam Stadium.