A feisty affair at the Memorial Stadium saw a fine - and deserved - comeback win for 10-man Rovers.

With their backs to the Thatchers End, Rovers began at a frantic pace; Grant bursting into the Northampton box after a minute, only for Town to race straight up the other end and force Belshaw into a smart stop at his near post.

Grant again found space in the seventh minute, but his right-footed cross was just beyond Anderson. Glenn Whelan found himself in the referee’s notebook after only 10 minutes following a crunching tackle on McWilliams.

A loose pass from Finley saw the visitors grab the first corner of the game on 14, which Grant headed clear. A lovely Rovers passing move was then inches away from being turned into Northampton’s own net, the ball squirming beyond Roberts’ left glove for a corner, which ultimately led to nothing.

The pace showed no sign of relenting; indeed, the first quarter of the game had flown by, with Rovers firmly on top in terms of possession. The Gas should have opened the scoring in the 33rd minute, Grant was given all the time in the world inside the box, but his firmly-struck left-foot shot bounced straight back into play off the foot of Roberts’ left-hand post. 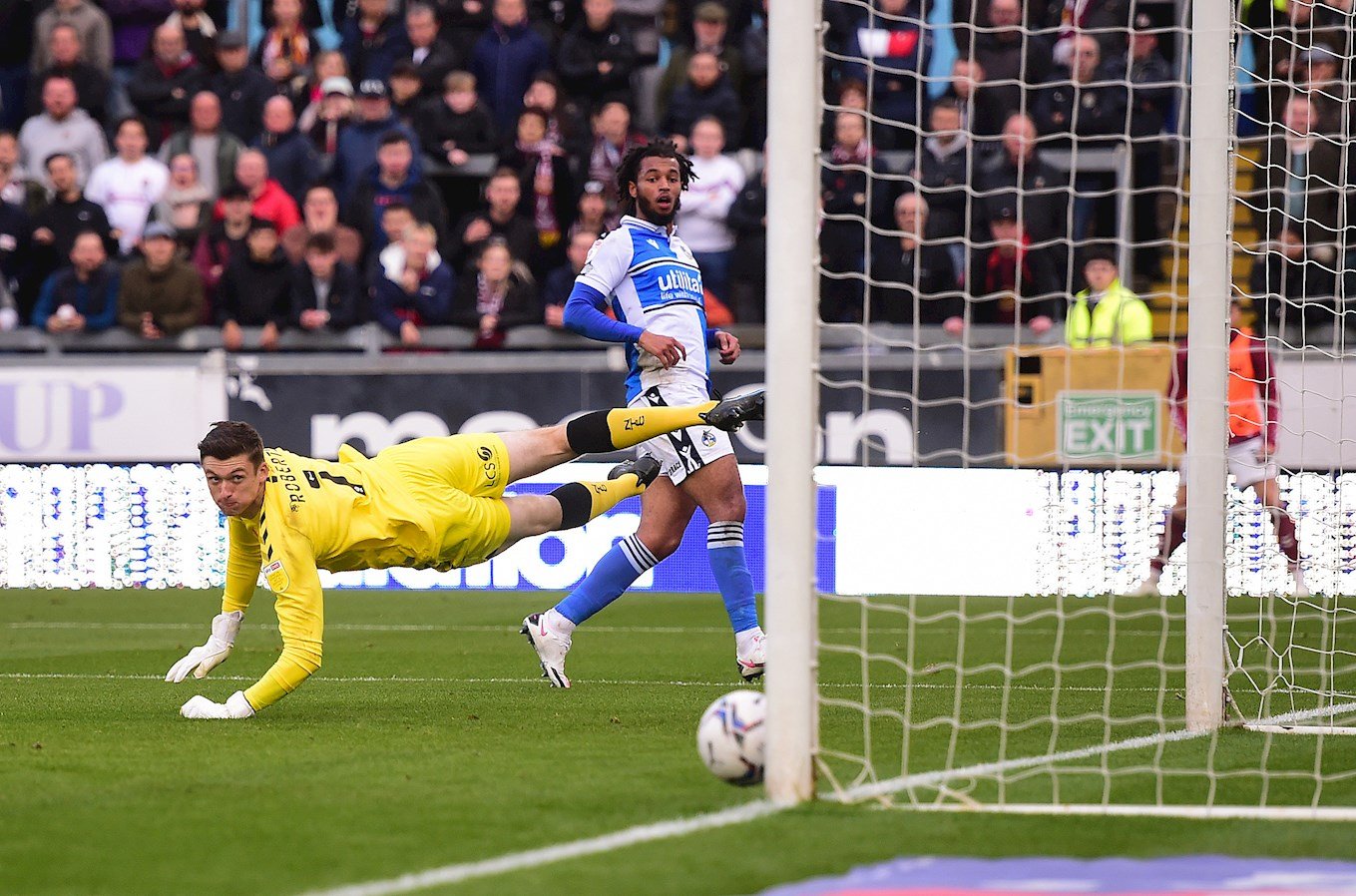 Out of nowhere, Northampton were then gifted an early Christmas present as Taylor brought down Lewis just inside the box. Hoskins calmly sent Belshaw the wrong way, to give Northampton the lead totally against the run of play.

Rovers struggled to respond but won a corner as the half drew to a close. Evans took it and the ball rebounded around the Northampton box, with Roberts grateful to claim it as the whistle sounded for the end of the first period.

Harries joined Whelan in the notebook after pulling Etete’s shirt as Northampton controlled the opening minutes of the second half. Evans’ perseverance down the right won a corner in the 50th minute but a choreographed routine was ballooned over the bar by Finley from the edge of the box.

Rovers finally got the goal that their performance deserved after 53 minutes. Anderson’s beautiful, deep cross was firmly headed home by Grant, despite Roberts laying a glove on it. Anderson then chanced his arm from 25 yards, his low shot gathered by the Cobblers’ goalkeeper.

Rovers had regained the momentum now and were again afforded lots of space down the flanks. Grant’s low cross very nearly found its way to Nicholson. The makeshift striker was soon back in the action though, as his interception set up the supporting Antony Evans, who coolly slotted under the advancing Roberts to put the Gas 2-1 up. 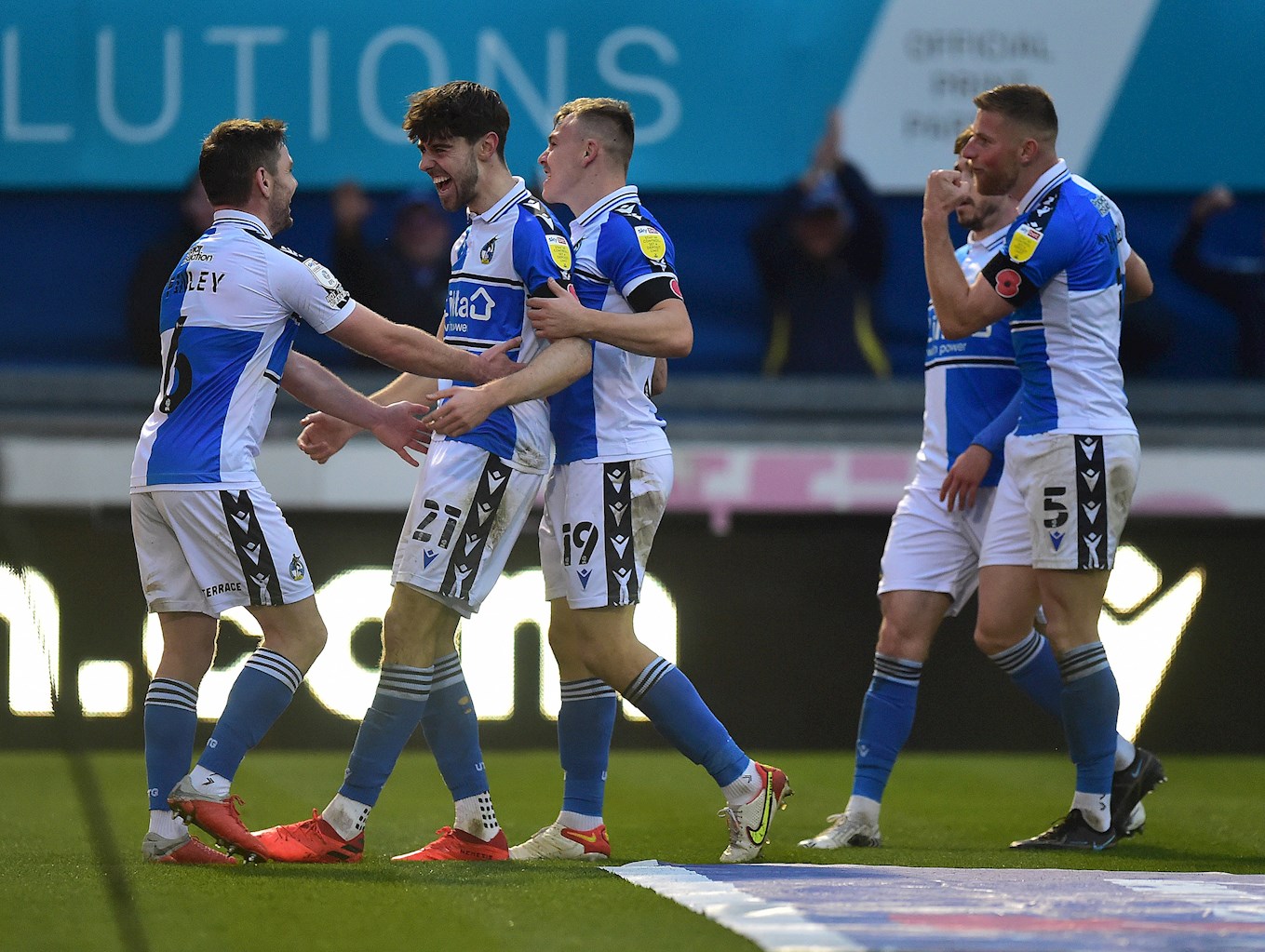 The home support was now firmly behind their team as the action paused with Grant down receiving treatment. The left-back, who had put in a man-of-the-match performance, couldn’t continue and was replaced by Nick Anderton on 64 minutes.

Then the game swung back the visitors’ way as Whelan picked up a second yellow for a late, sliding tackle that Pinnock made the most of. Rovers now faced the final quarter with ten men and shuffled the defence, going to a back four, and replacing Evans with Luke Thomas.

Hoskins was then booked for a cynical foul on Anderson, who joined him in the book for shoving his opponent back as the game threatened to boil over. Before the kick could be taken, Town made a triple substitution, looking to give their 509 travelling supporters something to cheer.

Thomas’ free-kick was pawed away from the top corner by Roberts, before the resultant corner came to nothing. Nicholson then harried and chased the Northampton backline into a rushed clearance, before Belshaw claimed the ball as the visitors made a rare venture forward in the 83rd minute.

Nerves were jangling as Northampton launched a high ball into the Gas box, but Anderton – twice – dealt with the danger. Rovers now had eight minutes of injury time to contend with and should have conceded in the first of them, but substitute Connolly sliced horribly wide after Belshaw had initially parried a shot.

Then, finally, a last-gasp goal-line clearance from the EFL Young Player of the Month Connor Taylor secured a fine win for Joey Barton’s men.

Rovers welcome Oxford United to the Mem for our FA Cup first round replay on Tuesday, 16th November (7pm KO) 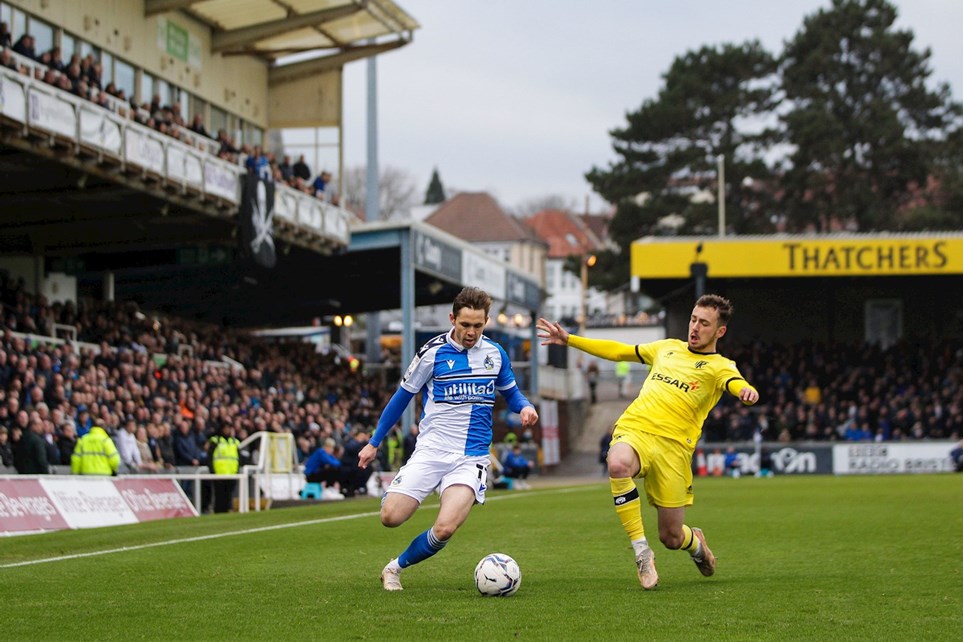 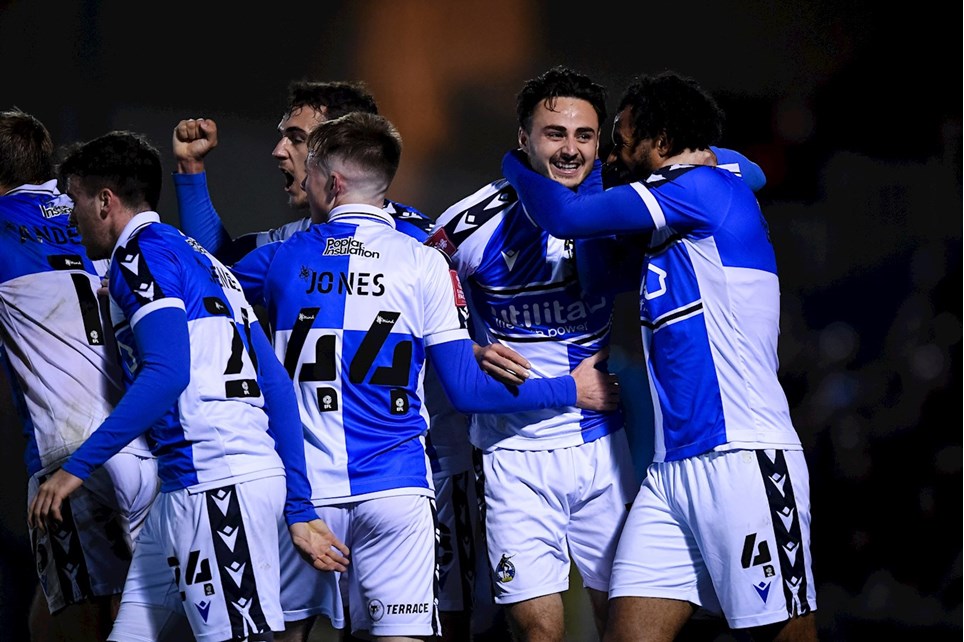 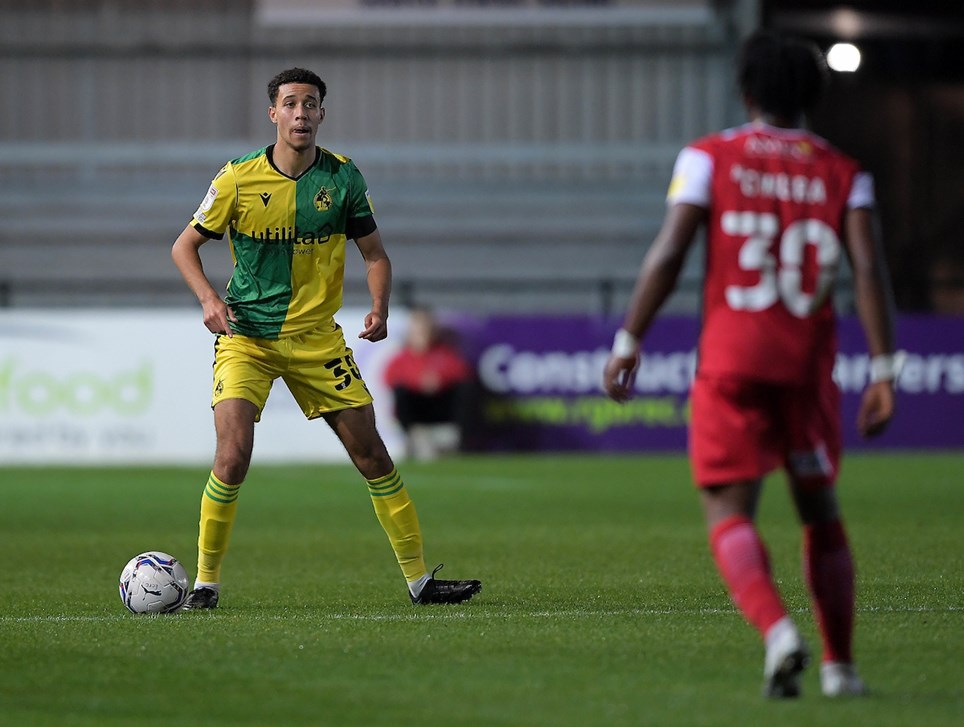 
Rovers exit the Papa John’s Trophy, losing out on the road at Exeter City.