Rovers exit the Papa John’s Trophy, losing out on the road at Exeter City.

Five first-half goals from the home side helped them to victory and a place in the knockout stages of the competition.

Josh Coley and Padraig Amond both scored a brace each in the opening 45 minutes, with Timothee Dieng’s deflected effort amassing a 5-0 scoreline in favour of the Grecians at the interval.

Zain Westbrooke's first goal of the season and Ryan Jones' low finish put Rovers on the scoresheet in the second half. Nick Anderton added a late goal from a corner to reduce Exeter's winning margin to two goals. 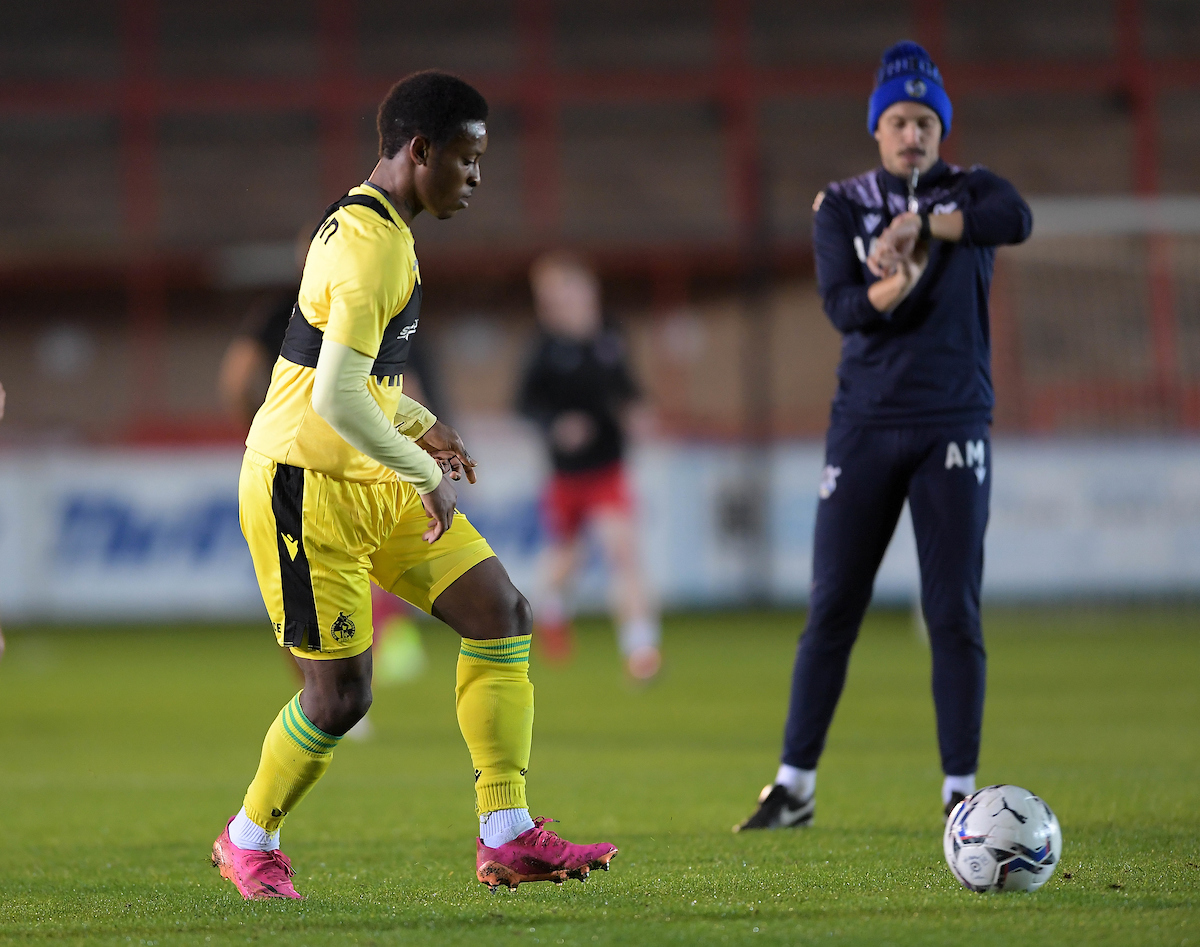 Ryan Jones also made his first Rovers start, after appearances earlier in the season in cup clashes with Cheltenham.

The Roves team resembled 11-changes to the side that faced Oxford United on the weekend. 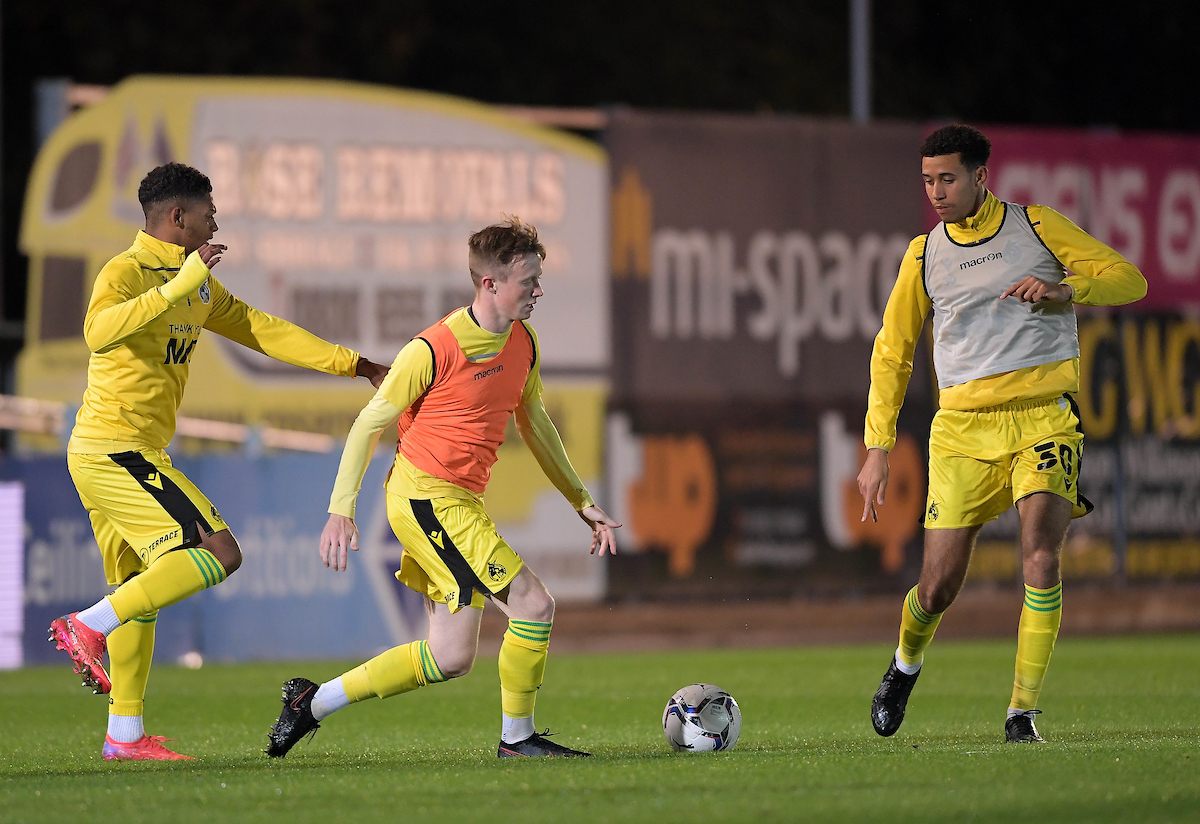 The home side opened the scoring in what was the first meaningful attack of the game. Amond’s ball forward towards Kyle Taylor was cut out by Cam Hargreaves, who saw his clearance deflected into the path of Josh Coley, who finished emphatically from inside the area.

Two minutes later, the home side added a second goal. Again there was a sense of rotten luck for Rovers in the build-up to conceding, as Timothee Dieng’s effort from range took a deflection on the edge of the box that displaced Ward, who was beaten by the attempt from 20-yards-out.

Exeter added a third goal as Caprice’s cross looped into the congested Rovers area, with Padraig Amond getting a run at the near post to glance a header beyond Ward.

Rovers responded to the three-goal deficit by crafting a series of openings to dent Exeter’s advantage. A temping delivery from the left provided by Ryan Jones deceived the Exeter backline and found its way to Aaron Collins at the far post. The striker was forced to take on the attempt with a first-time shot, sending a powerful effort narrowly over the crossbar.

The chances kept falling for Rovers, as a slack pass from Exeter ‘keeper Harry Lee sweetly picked out Zain Walker unmarked on the edge of the area. The youngster raced towards goal at speed and looked to place a finish beyond Lee that was blocked, with the Exeter goalkeeper showing good reflexes to readjust to stop Walker’s follow-up attempt.

Collins had a further opportunity to test Lee when Tyron Mbuenimo’s cross from the right found him inside the area, but the striker’s planted header fell just the wrong side of the post.

As half-time approached, it was the home side that were again on the scoresheet. Caprice was again on hand to provide an assist from the right, cutting a low cross into the path of Amond, who blasted home a first-time finish for his second and Exeter's fourth goal of the game. 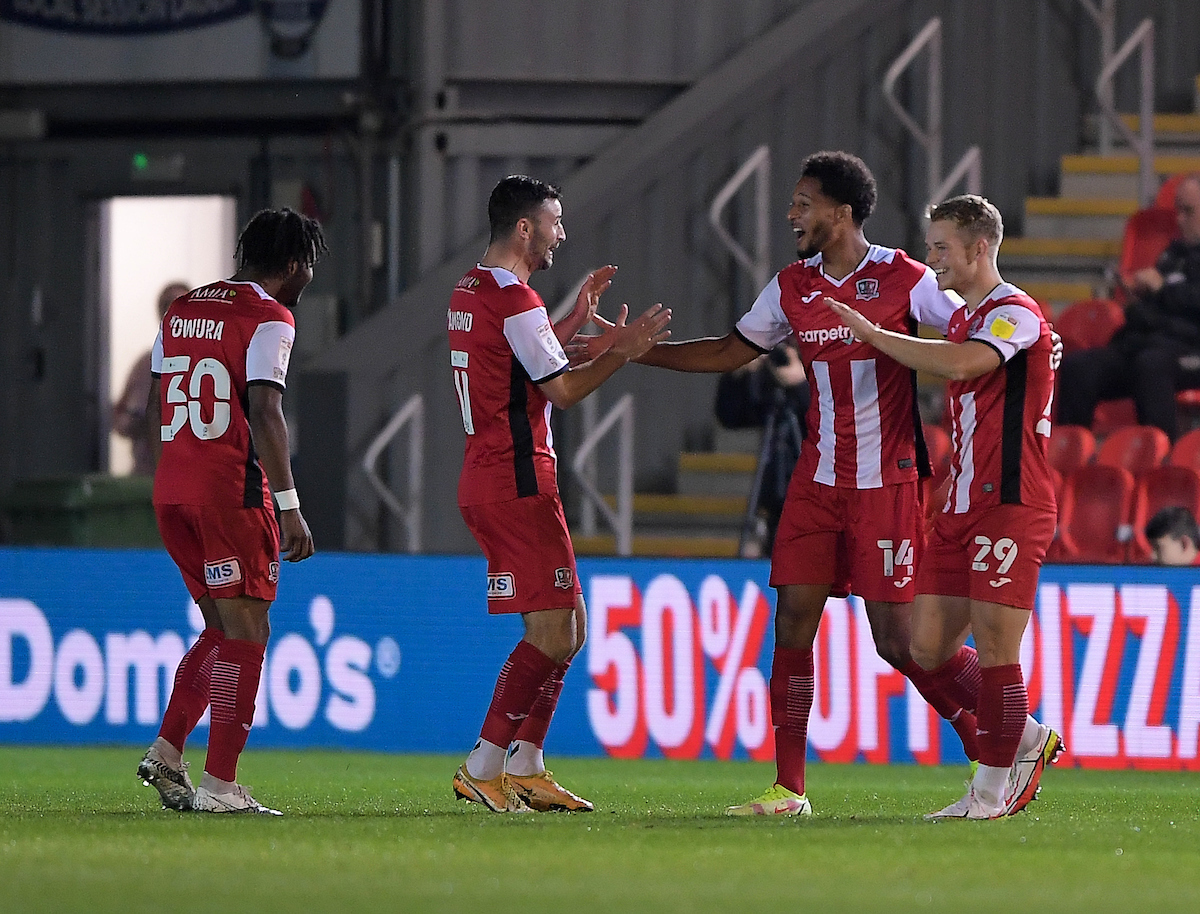 Exeter completed the first-half scoring when Josh Coley beat the offside trap and raced in one-on-one with Ward and held his composure to complete the move with a cool finish.

In stoppage time, Aaron Collins had an opening as a cross dropped to his feet inside the Exeter penalty area. The striker shaped up to send a low volley back across goal, with his effort narrowly fizzing past the post.

After the break, Rovers responded by continuing to assemble chances to cut away at Exeter's dominance in the game.

The deficit was reduced on the stroke of the hour. Aaron Collins worked some space down the right, sending in a low cross that was only cleared as far as Zain Westbrooke. The Rovers captain for the evening took a composed touch to set a shooting path to goal, aiming a low effort into the bottom corner that bounced out of the reach of the outstretched Lee.

Inside the final 30-minutes, Rovers continued a plucky display to the task in hand.

There was a memorable moment for Ryan Jones, who grabbed Rovers second goal of the evening and his first goal for the club. It was a self-made move by the youngster, who showed good skill and pace to cut into the area from a wide position. Jones had a lot to do when arriving in the penalty box but showed good awareness to drill a low finish to the far corner that nestled into the net, taking a glance off the inside of the upright.

With the final ten minutes in motion, Rovers added another goal to put a taint of doubt in the mind of the home side. Ryan Jones' cultured corner from the right swung back towards goal, meeting the run of Nick Anderton. The defender was able to lose his marker, planting a header on target that found the net, bouncing off the underside off the crossbar.

Rovers are back in Sky Bet League Two action this Saturday, hosting Northampton Town at the Mem (3pm KO). 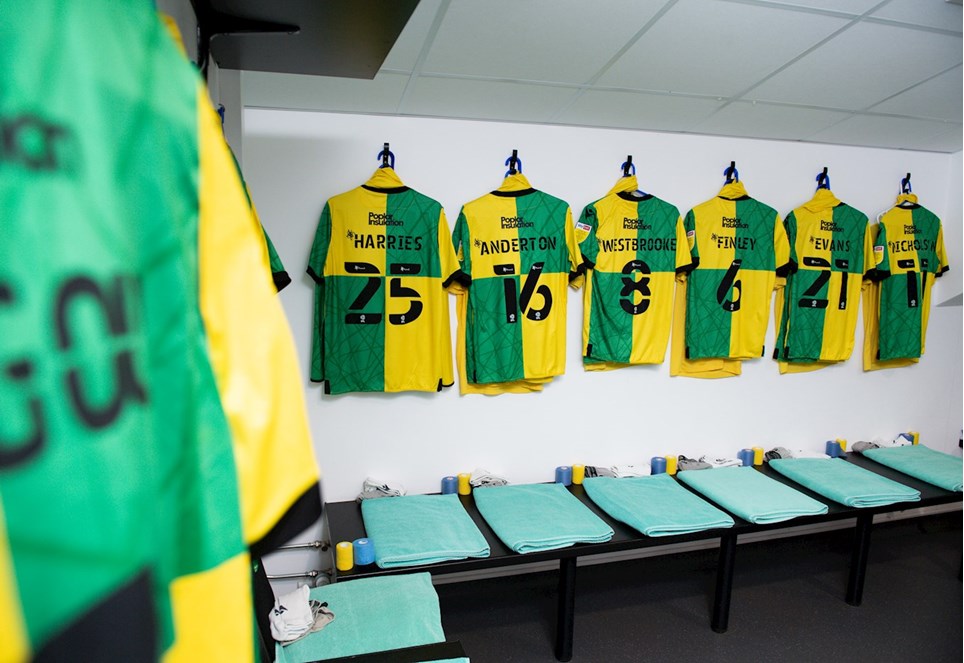 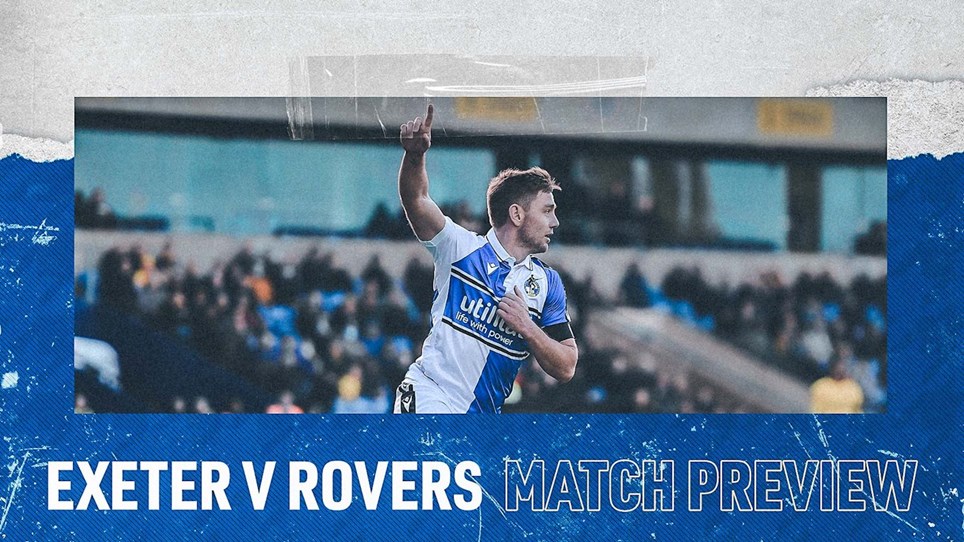 
The Gas head to Exeter City in the final group-stage fixture of the Papa John's Trophy. 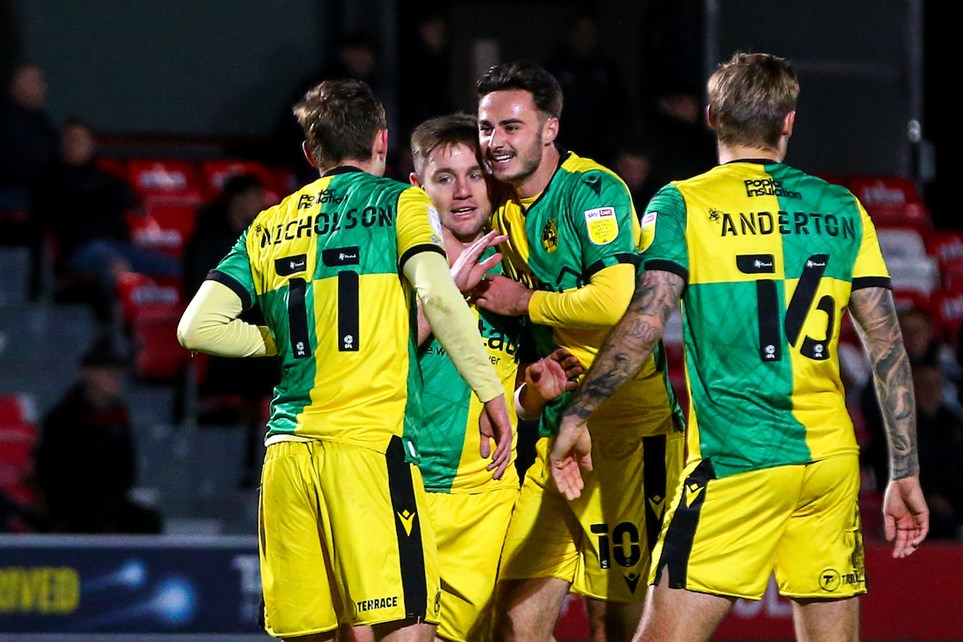 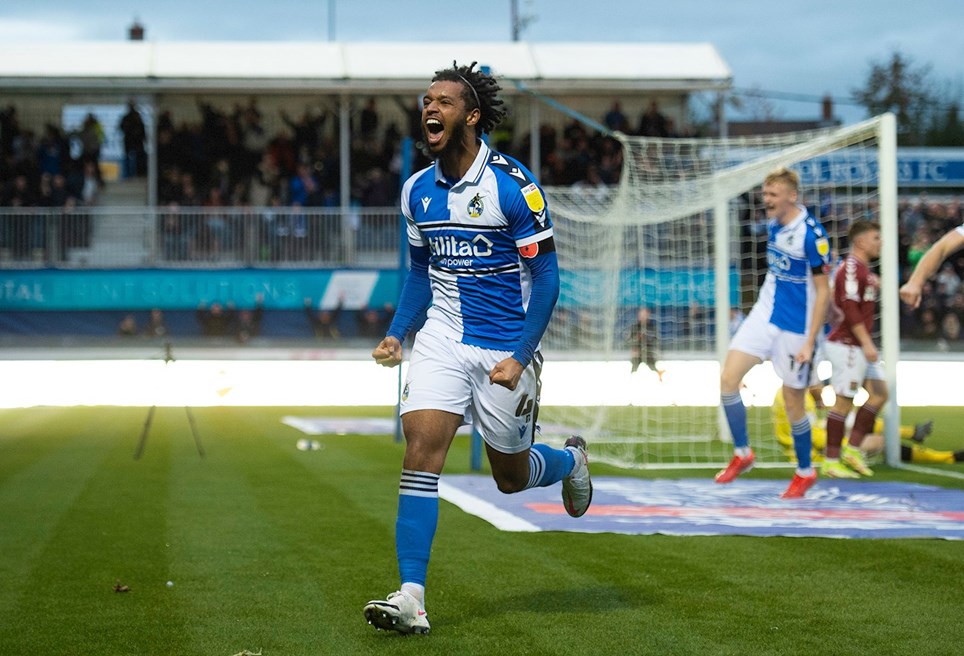