Rovers lose to Crewe Alexandra by a single first-half goal...

Owen Dale proved to be a threat throughout the afternoon for the visiting side and was an integral part in the game's only goal, bullying Jack Baldwin off the ball towards the right flank. Ghosting inside the area, he picked the perfect pass across to Ainley who fired home.

Try as they might in both halves Rovers couldn't create a clear opening, restricted to half attempts in both 45's by the away side. Hanlan, Hare and Leahy would all force saves from Jaaskelainen but Crewe did well to keep the Gas at bay. 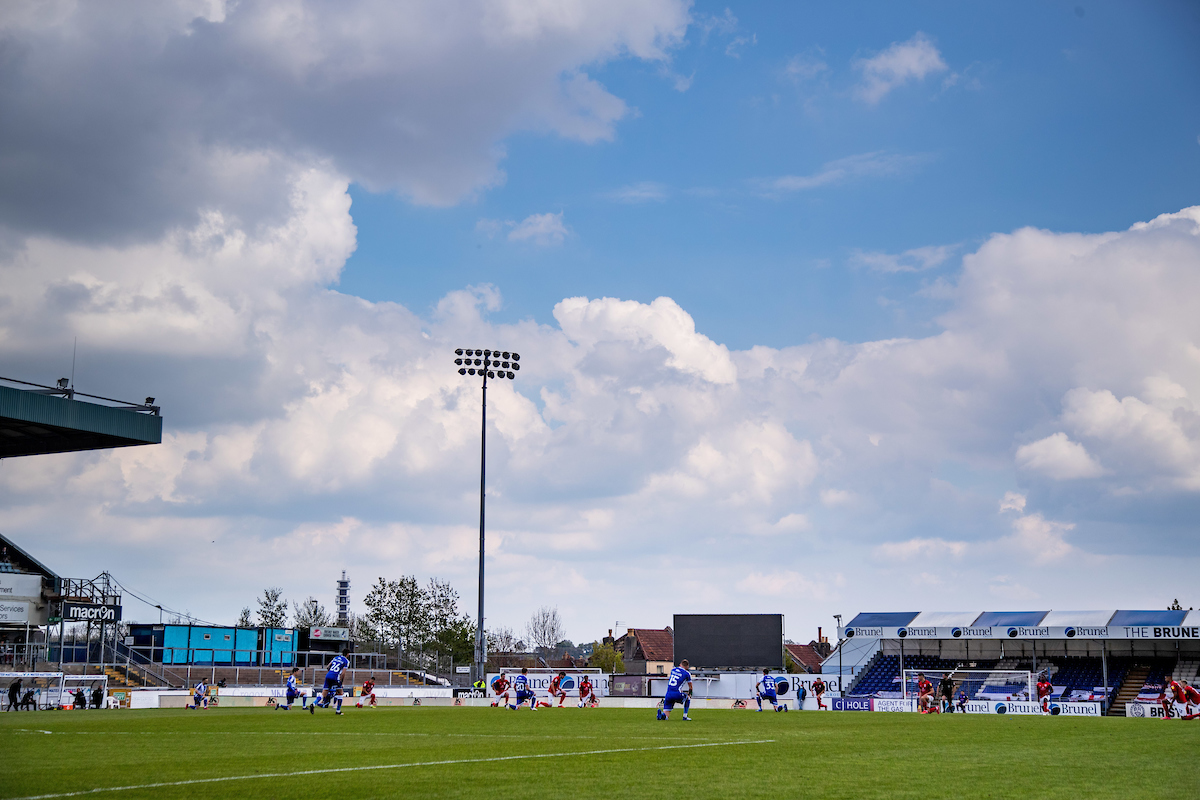 Joey Barton made four changes to the side that lost to Pompey last Saturday, with Joe Day coming in for Anssi Jaakkola in net. Elsewhere, the midfield pairing of Martinez and McCormick were replaced by Rodman and Hargreaves. Finally, Hare replaced Daly in a slight change in approach. 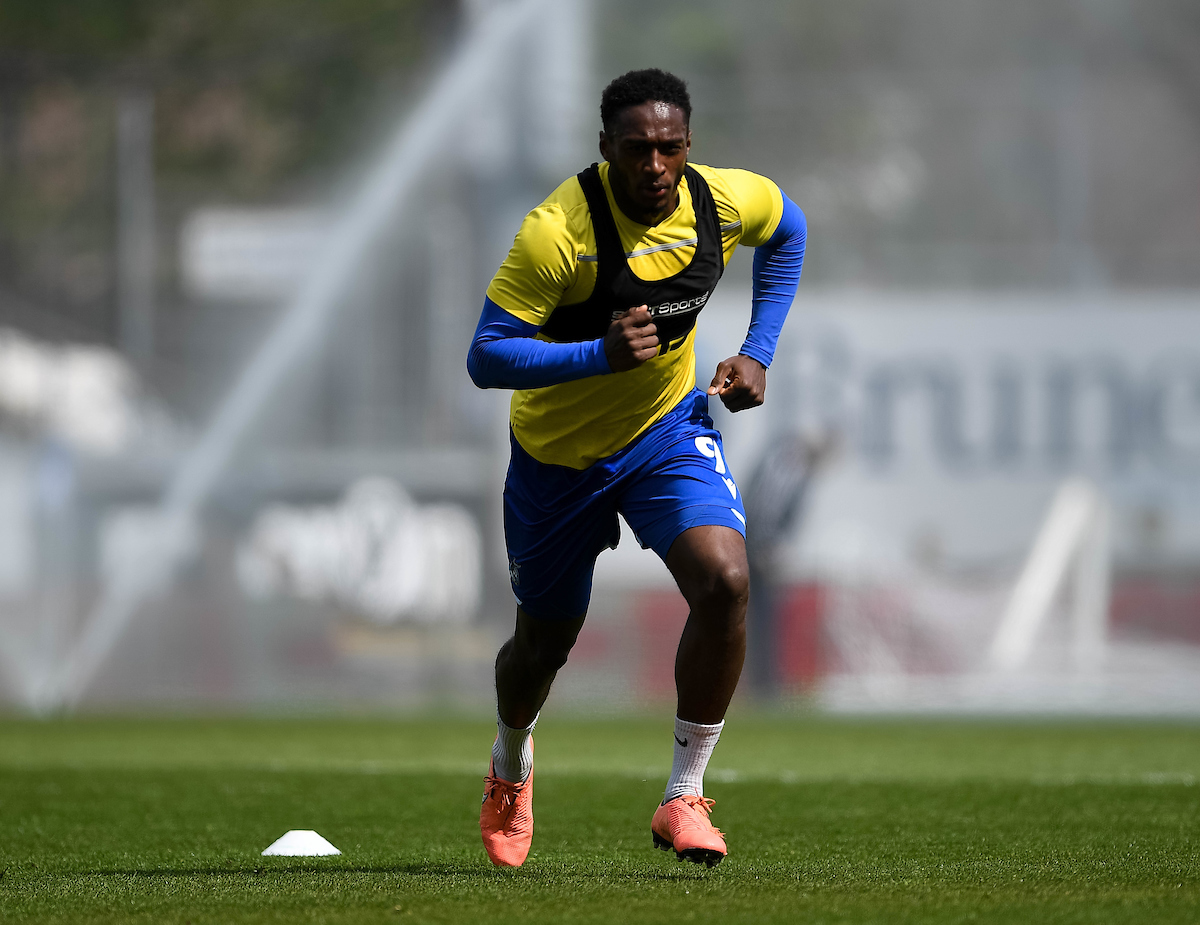 Rovers would be the first side to test either 'keeper, finding a sight of goal on the 5th minute through striker Brandon Hanlan. He picked up the ball from an acute angle on the right flank, striking low and hard on goal but it was ambitious from the angle. Jaaskelainen was forced into the stop, spilling in front of himself at the front post before pouncing on the ball.

Hanlan looked lively in the early stages, penned in towards the corner flag he whipped out a neat piece of skill to jink the ball past his man before rounding him with agility. He chipped a ball towards the back stick with Leahy lurking, but Crewe were alert, heading clear.

Rio Adebisi was the first to strike at the returning Joe Day, on the 15th minute following a corner for Crewe. A header half-cleared as far as 20-year-old, who attempted a looping volley from range. Day was aware of the danger though, backtracking well to collect.

Up the other end, Rovers continued to threaten, with Luke Leahy swinging a delightful cross in towards his fellow wing-back, Josh Hare. Arriving late and under pressure, Hare managed to get contact on the ball but turned his header wide of the goal.

Crewe would find the breakthrough though, Dale managed to outmuscle Jack Baldwin on the right-hand side, turning him well and motioning inside towards the area. Luke Leahy stuck out a last-ditch leg but saw a square pass beat him to find Callum Ainley. There, Ainley was left with the goal at his mercy, firing past Joe Day to put his side ahead.

Erhun Oztumer displayed lovely footwork to find space to spin a pass towards Brandon Hanlan. Still some way out from goal, Hanlan drove at the Crewe defence before squaring wide from the edge of the box to Josh Hare. The wing-back would fire following a touch, seeing his effort deflect sharply towards the roof of the net, forcing Jaaskelainen into a reflex save at his front post, needing to readjust well to tip the ball over following the deflection. 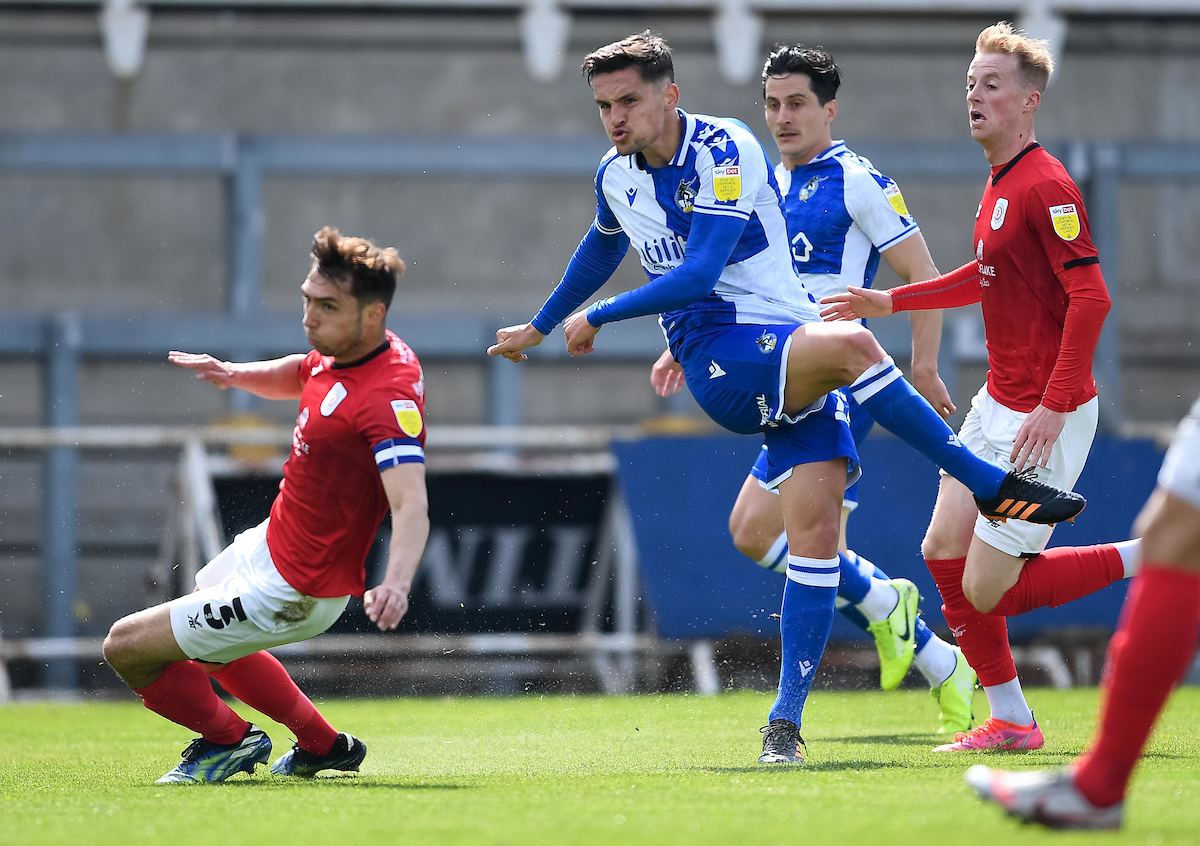 Antony Evans would fire a free-kick high and wide from 25 yards out on the 25th minute, sailing past Joe Day and into the Thatchers Terrace.

Evans would again be involved moments later, picking up a cross at the back stick before recycling with a beautiful chipped pass with the outside of his foot. Pickering rose highest to head goalwards but skewed his attempt over the crossbar.

A free-kick from Erhun Oztumer picked out the run of Jack Baldwin just before the 30-minute mark, but Baldwin's scooping header lacked power, with Jaaskelainen collecting comfortably.

Rovers looked to bully their way back into the game with Crewe just starting to turn the screw slightly since their opener, but the Gas hadn't worked a clear-cut chance yet in the match.

Owen Dale would threaten again down the right, standing up Luke Leahy before darting to his left towards the apex of the area. He swung his foot round the ball, curving a delightful effort towards the back stick. Joe Day stood static to the strike, witnessing it pass narrowly wide of his right goalpost.

Rovers continued to lack the execution in the final third, with Rodman next to see a chance missed. Picking the ball up in a promising position on the edge of the box, the right-winger struck on his weaker left foot, watching his effort sail clear of the bar before turning away in frustration. 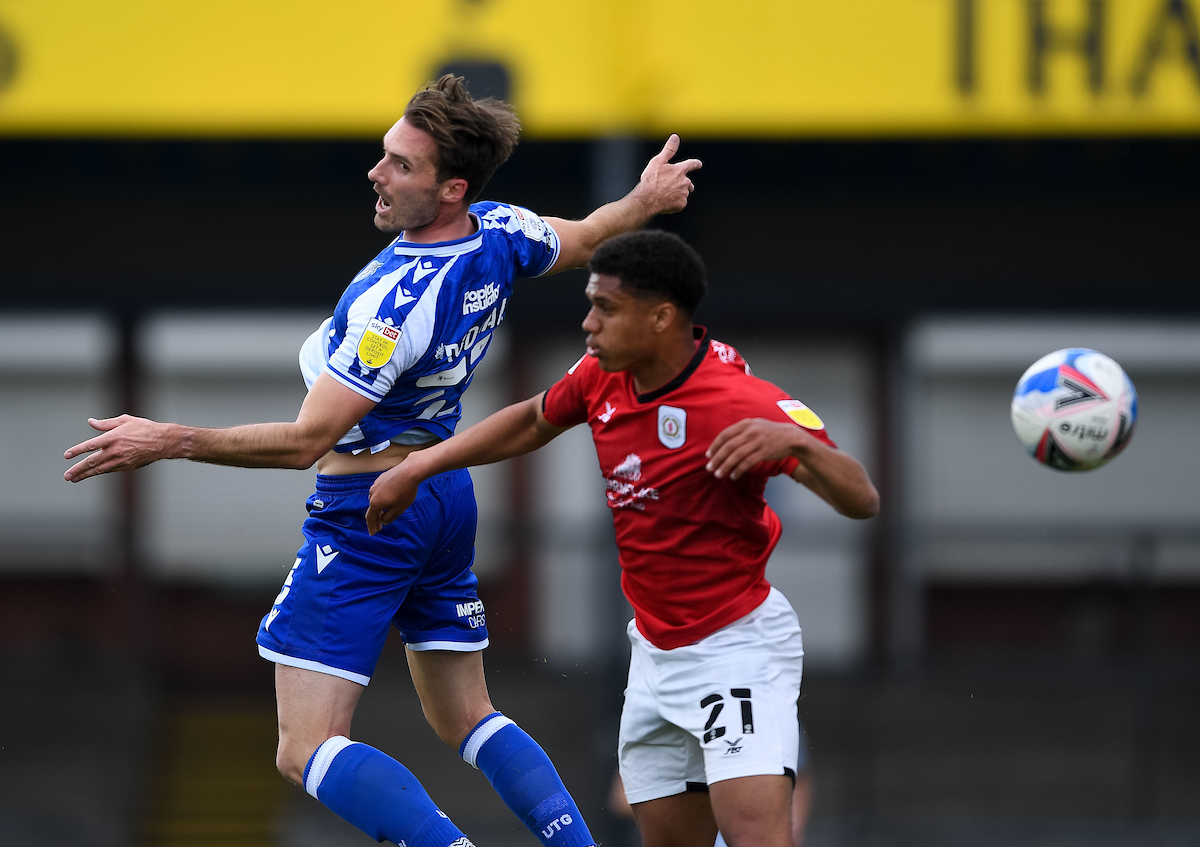 The Gas definitely had chances, albeit half attempts here and half attempts there, but couldn't yet dig out a clear cut opening to bring this game level before the half-time break, with Luke Leahy seeing a late curling effort tipped wide.

He'd then try an over-head kick even later in stoppage time, but saw it fly clear of the crossbar as the ref' blew the whistle for the break. 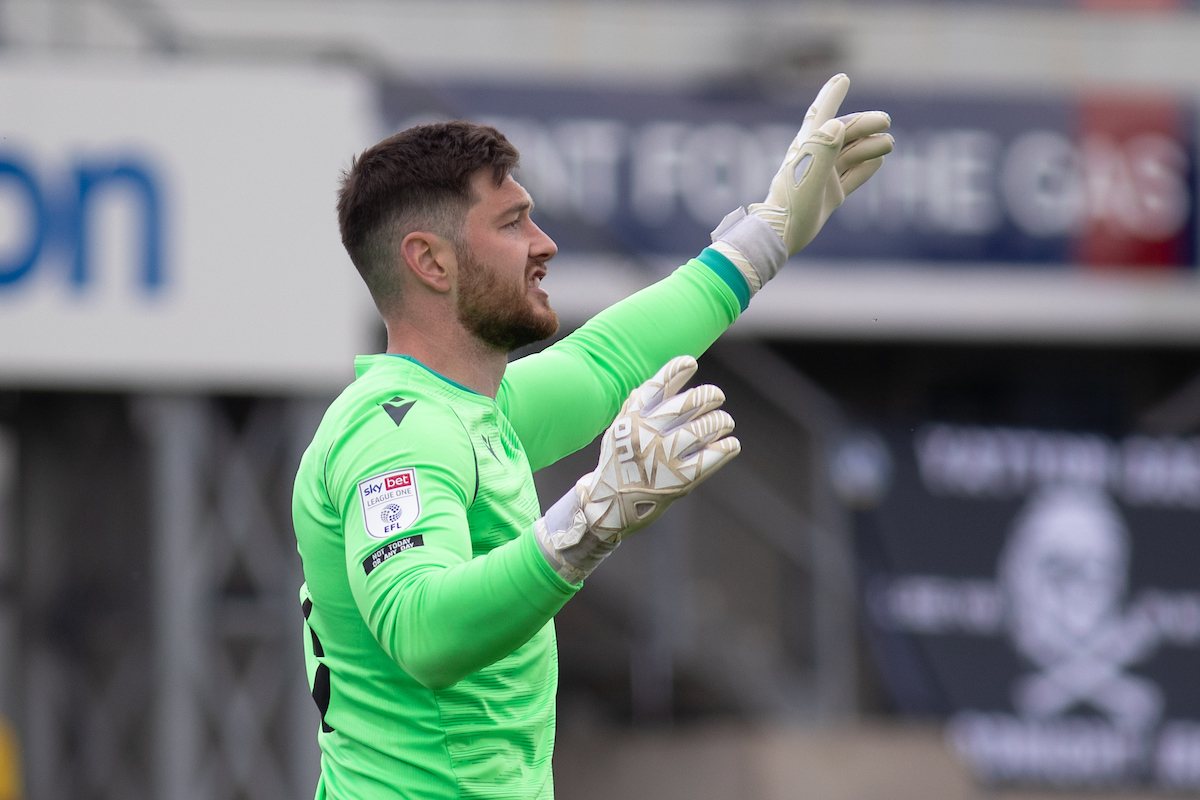 Josh Hare would again strike on goal, five minutes after the resumption of play in the second half. Through a surging counter-attack, the ball was switched to Hare who marauded forward, given the option to try and slip Hanlan in towards the byline, Hare instead opted to force Jaaskelainen into action. Hitting a dipping strike the 'keeper had to dive to his left and tip the ball wide, with the ball bouncing in front of him meaning he had to readjust quickly get solid contact on it.

Dale would throw stepovers at the Rovers defence from the byline as he burst with pace deep into the Gas' half. Working a small bit of space for a cutback while under pressure, he rolled a pass back just inside the area towards the penalty spot. However, he looked up to see his teammates were absent, with Westbrooke able to clear for Rovers. 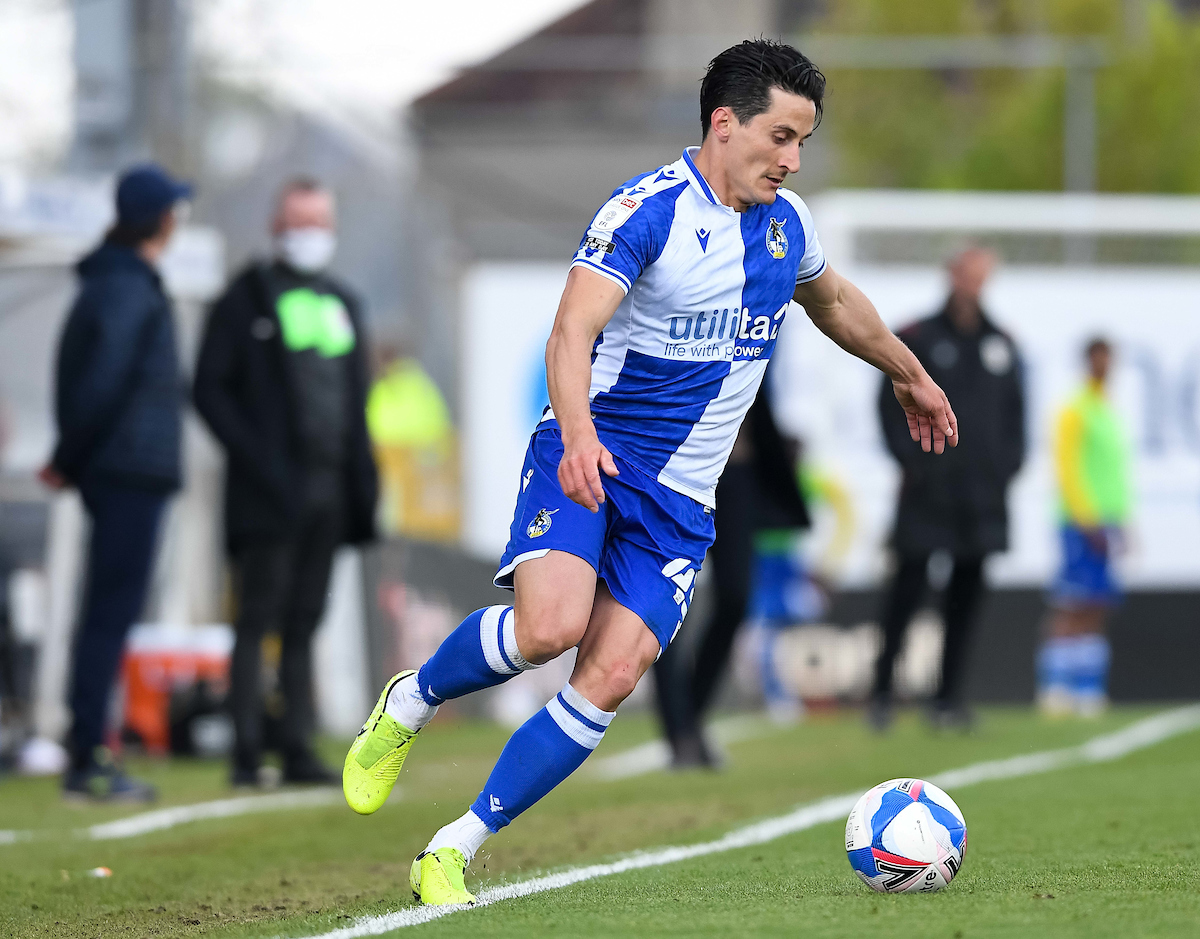 Worryingly, Brandon Hanlan would go down with around 10 minutes to play and was withdrawn, with Zain Walker replacing him.

The Gas' attacking intent wavered as the half went on, struggling to carve out any opportunities for themselves in the late stages.

Anthony Evans provided a superb run for Crewe late on, stepping past one, then two, then three to set himself up with a one on one against Joe Day. Rushing out and standing tall, Day spread himself well, getting a claw to the ball and palming it wide.

Liddle would catch a cross sweetly with a volley from the edge of the box in added time. However, the former Middlesborough midfielder saw his effort fly clear of the crossbar, meaning the game ended in defeat for the Gas.

Rovers head to Blackpool for the final day of the season on Sunday 9th May.