Defeat for the Gas on the final day.

A first-half of rearguard action produced a stunning save from Jed Ward to keep Keshi Anderson out, who seemed emerged as an incessant threat in the first period. The biggest chance came from just 6 yards out, as Anderson latched onto a low cross and diverted powerfully towards goal. Ward was equal to it though, standing tall to turn the ball away to his right.

A strike on the 74th minute would be opener, with the home side carving out a break down the left flank. Squared back towards the run of substitute Ellis Simms, the Everton-loanee was allowed to stroke home into the bottom right corner on the volley. 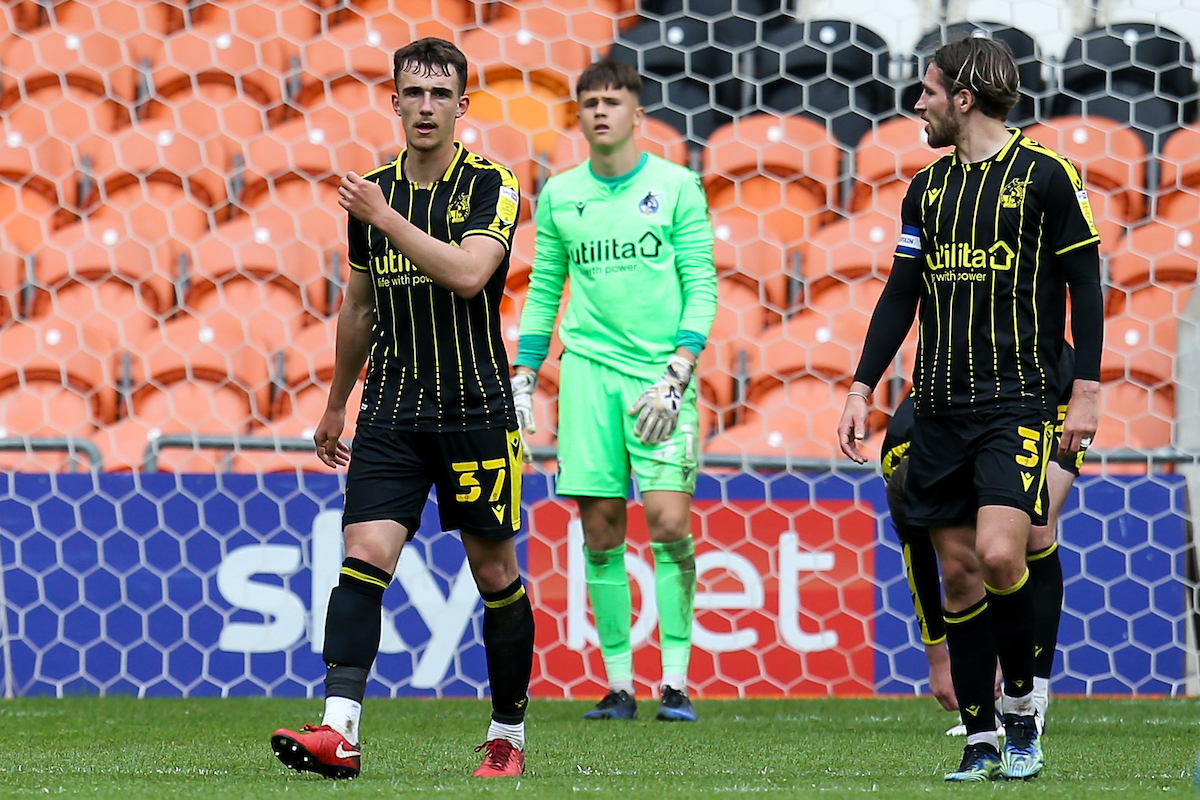 The headline from Barton's selection for his side's final game of the campaign came in between the sticks, as Jed Ward came in to make his first senior appearance.

Elsewhere, Martinez, Harries, Tutonda and McCormick came in, as Barton opted to put Rodman as the central forward with Westbrooke and Tutonda working either side. 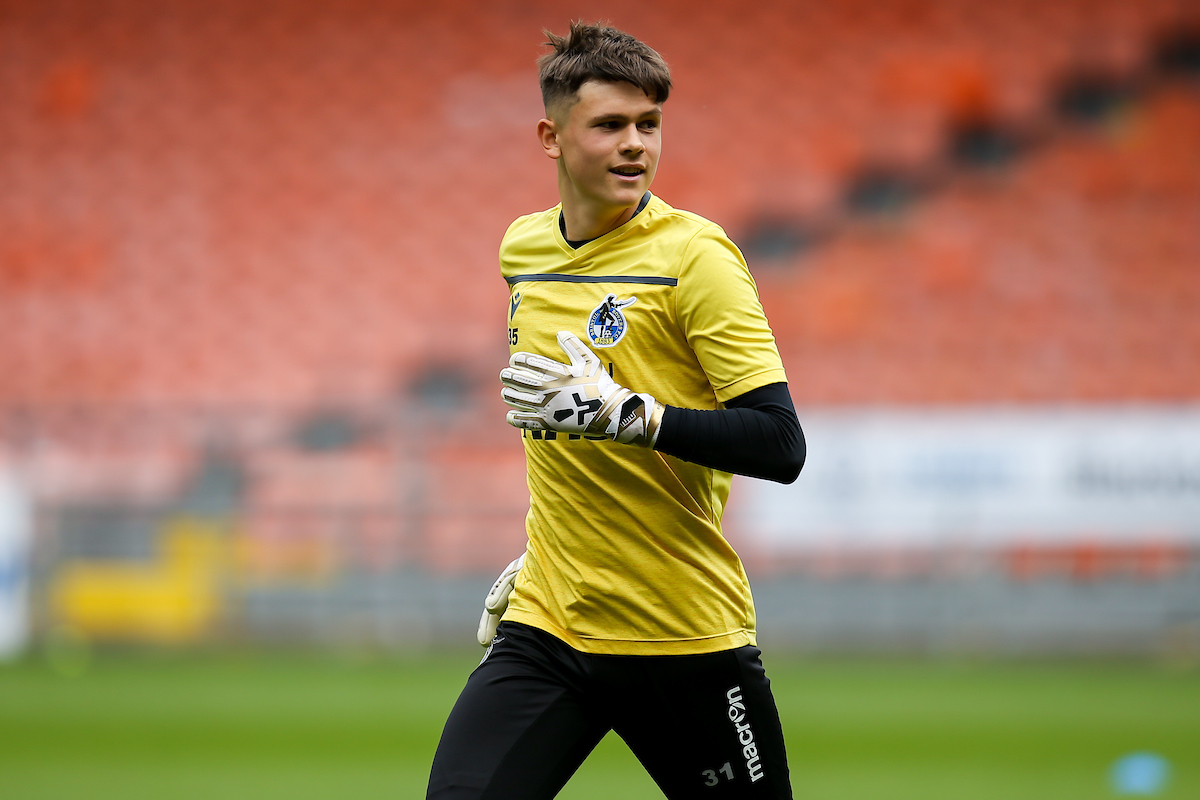 The Tangerines would be the side to first take aim at goal, with a free-kick offering the home side an avenue towards the Gas' box. Flicked into the area, Rovers could only clear as far as Thorniley who struck with venom from the edge. Debutant Jed Ward was happy to see the strike fizz over of the top left corner.

Jordan Thorniley was involved at the other end in an inspired piece of defending as Martinez' cross took a fortuitous deflection into the path of Rodman. The makeshift forward took a touch before firing on goal from close-range but saw a crucial deflection from Thorniley take the effort inches over the bar.

Jed Ward was forced into his first save in professional football on the 11-minute mark, with Keshi Anderson cutting in off the left flank and firing low towards the net. Ward parried it out towards his left to the feet of Mitchell who fluffed the follow-up, skying his strike up and over the crossbar.

Anderson then looked to have beaten Ward five minutes later as he picked up a one-two before dispatching into the bottom left corner past the onrushing 'keeper. However, the ref' had blown his whistle for a foul by Anderson, who pushed Williams to the floor as he sought out the return pass in the one-two. 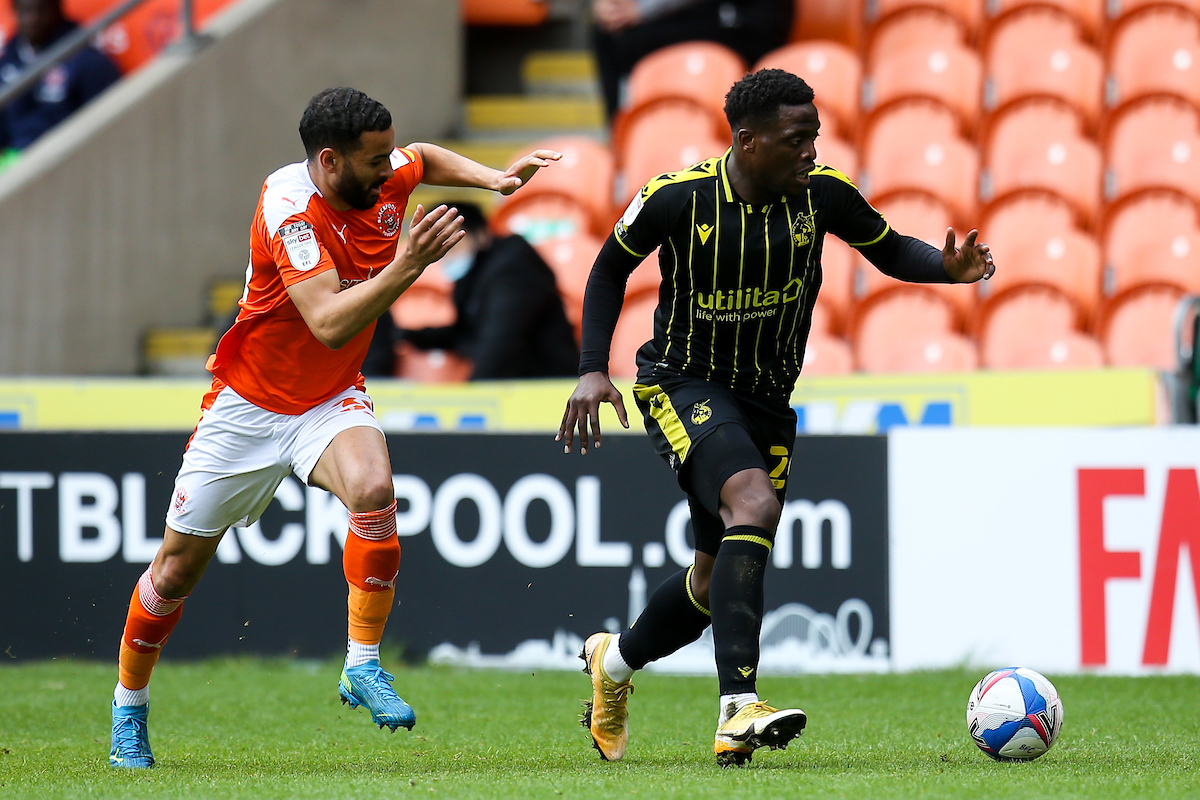 Anderson looked desperate to beat Ward and would try again on the 21st, bending a cute strike around his man towards the top right. The 17-year-old 'keeper motioned towards it but quickly withdrew, as the strike sailed clear of his crossbar.

A free-kick conceded by Baldwin on the edge of the box allowed Anderson yet another chance to strike on goal. His effort towards the left apex of the area was lifted over the ball but found the seats behind the goal as it dipped over Ward's bar.

Captain James Husband would be next to fire on goal, as Blackpool sustained pressure in the first half. Anderson laid him in on the overlap with a header before Husband swung and missed a first-time volley. He got a second chance as it bounced through onto his right foot, striking hard and low, but Ward was once again equal to it, saving and keeping hold of it.

Baldwin would make a crucial block moments later, with a strike fired in his direction from a cutback towards the edge of the box.

Rodman attempted a flicked header with half-time approaching, as Luke Leahy flicked a smart cross towards him. Back peddling while watching the cross come in, Rodman tried an unconventional effort but saw it go some way wide.

Anderson, still desperate to find the net, was stunned by a Jed Ward save as the game edged closer to half-time. A low cross was rolled into the path of Anderson who had the goal at his mercy from close range. There, he should have seen the ball nestle in the goal but Ward stood firm in between the sticks, reacting well to strongly palm the effort wide to his right from point-blank.

Rovers held firm through the two added minutes to go in level at the break. 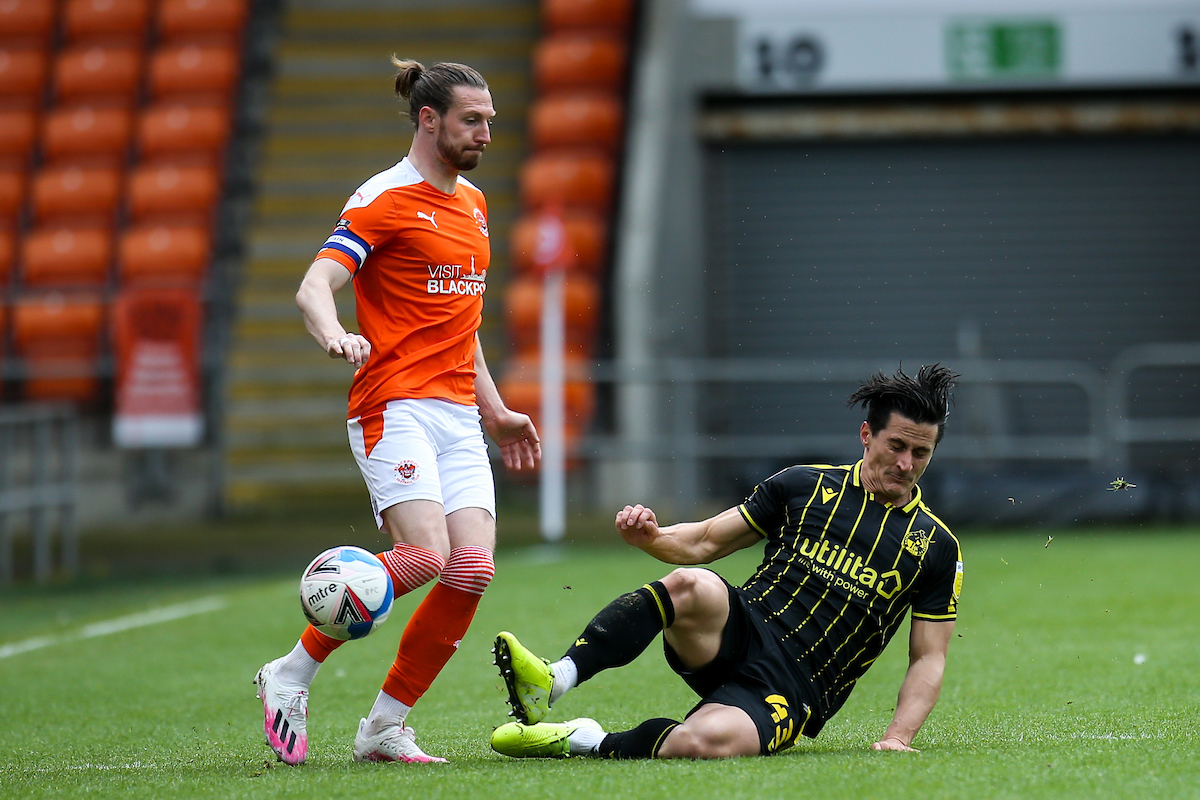 Blackpool got away with one in the early stages of the second half, with Stuart Moore taking a clumsy touch in his area, allowing Tutonda to flash in and attempt to make contact. Moore managed a scuppered clearance, with Rodman narrowly missing out on the follow up due to a crucial Blackpool tackle.

Stuart Embleton was put in a position to strike on goal after a surge up the left flank for the home side. He motioned left and unleashed a snapshot from a tight angle, with Ward once again reacting well to get a strong contact on the strike.

Demetri Mitchell hit a dipping strike from 25 yards on the 51st minute, arrowed towards the right post. Ward stood stationary, watching it strike the side netting and go wide.

Following a free-kick and yellow card for David Tutonda, Blackpool worked the ball out wide before rolling a pass back into Embleton on the edge. Stepping inside onto his left and bending a superb strike towards the top left corner, it had Ward beaten but passed narrowly over the bar by a fraction.

Rodman would have an attempt from another difficult spot on the 55th minute as Hargreaves progressed down the right before picking out Rodman in the box. A touch with his left set himself for a snapshot on his right, but the effort was lifted wide of the goal from a tricky angle. 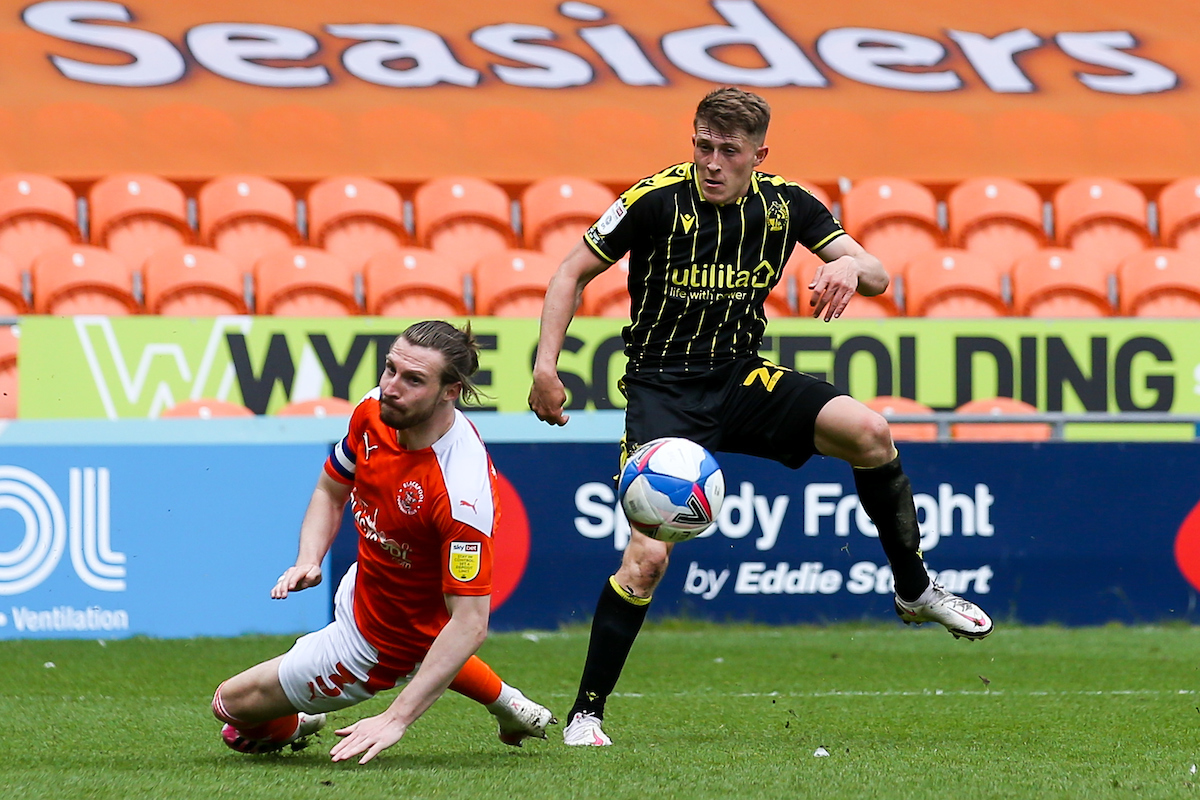 Tutonda drove sharply at the Blackpool defence in a period of real promise for the Gas, jinking neatly out of a challenge and striking towards the bottom right corner. A deflection from Gabriel looked to have wrong-footed Moore as the ball sprung back towards the left side, but the 26-year-old reacted superbly to get a toe on it and flick wide.

From the resulting corner, a pass was laid out to McCormick who fizzed an inviting ball in towards Rodman. Clearing his marker, Rodman was able to make clear contact on the cross and looked visibly frustrated as he watched it fly wide of the left post.

Rovers almost dug their own grave on the 62nd minute, with Ward rolling a ball out to Harries, something he'd preferred throughout the afternoon. A loose touch from Harries allowed Brad Holmes to sneak in and touch goalwards. Alert to the danger, Ward rushed out to hoof it but saw Holmes charge it down and deflect deeper into the area. It then took a crucial recovering clearance from Baldwin to finally avert the danger.

Tutonda would go down with an injury with 25 to play, replaced by James Daly once he got to his feet.

On the 74th minute, Blackpool took to lead.

Substitute Ellis Sims would be the difference-maker, latching onto a lovely cross to stroke home his eighth goal of the campaign, diverting calmly into the bottom right corner, leaving Ward with no chance as the ball nestled in the goal.

McCormick would test Stuart Moore in the final minutes of his last game on loan with the Gas, driving forward before cutting onto his left as he burst into the box. Smashing goalwards from close-range, Moore sprung up well to make the save and keep out the Chelsea loanee.

With less than a minute of his Rovers time left, McCormick would bend a left-footed effort high and wide from a James Daly lay-off on the right apex of the box.

Despite a much better second half, it would also be the Gas' downfall, with Simms' goal on the 74th minute the difference in Rovers' final game of the season, and final game in League One, atleast for now. 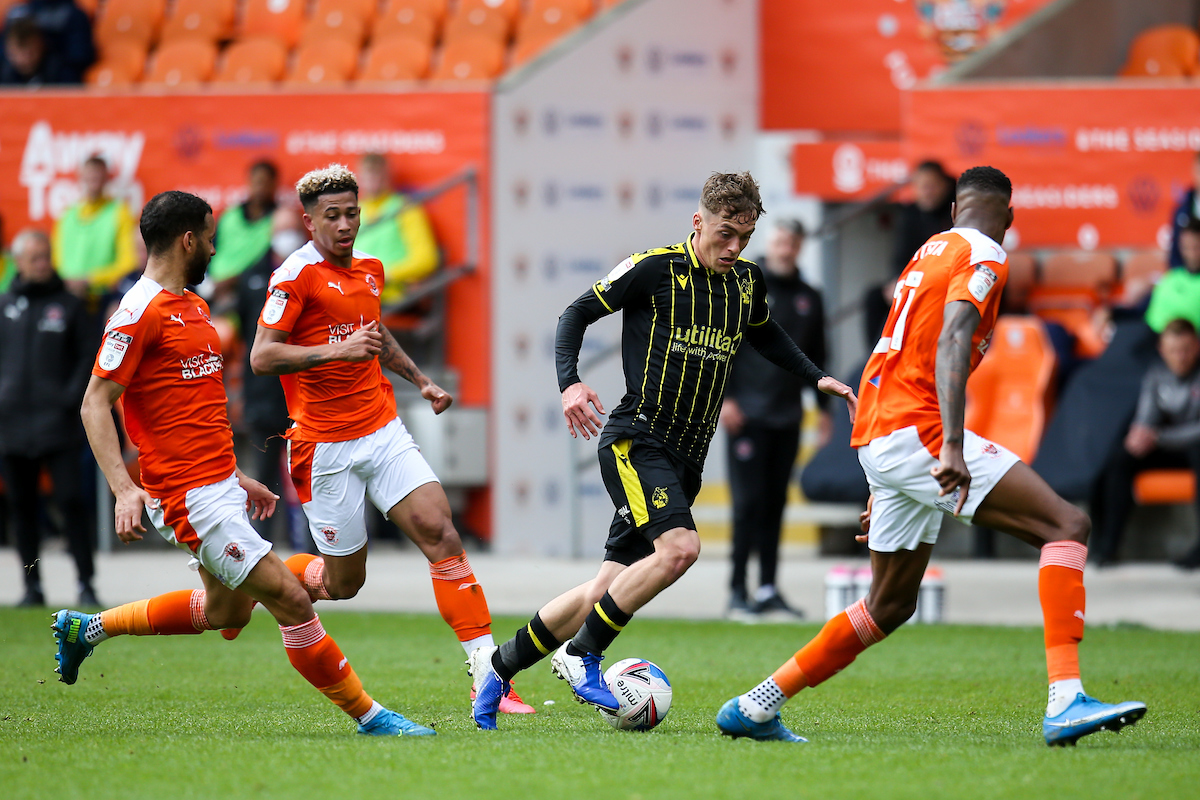