Rovers lose to Swindon Town at the Mem...

A stand-out moment from Tuesday evening's clash at the Mem will be the disallowed goal on the hour mark, as Westbrooke struck low into the bottom left from distance, before the ref', after long discussions, chose to award a free-kick for offside for Ayunga's part in the goal.

With the Gas wounded after seeing a crucial goal ruled out, Swindon began to take the game by the scruff of the neck, and on the 70th minute found a goal. A deflected free-kick fell to Payne who burst through the Rovers ranks before firing home. Joey Barton sprung plenty of surprises with his team selection with the changes stemming from the back. Joe Day replaced Jordi van Stappershoef in goal, with a return from injury displacing Max Ehmer as Rovers moved to a back four. Finally, James Daly came in for Zain Westbrooke to create a three-pronged attack.

An early surge forward for Rovers created half a chance as Daly out-paced the Swindon defence to gather and deliver a ball from the opposition's byline. He delivered inwards to Ayunga who struck a shot from close-range, but the Kenyan was hampered by a Swindon defender, who took the pace off the effort and saw it trickle through.

A quiet first fifteen followed, with neither side really working clear openings but with Rovers largely controlling possession and territory.

Jack Payne would jink in sharply off the left side to fire on goal just before the 20th minute but smashed his effort high and wide from distance. Ed Upson received a yellow card shortly after for a sliding challenge in the centre of the park.

A clever ball from Upson almost unpicked the Swindon backline as he chipped it neatly over the defence following a lay-back from McCormick. It looked destined for the run of Ayunga inside the 6-yard box but for a last-ditch defensive header to take it clear.

Baldwin would then fire a bullet header in towards goal from a McCormick corner moments later. Struck into the box powerfully, Baldwin's connection harnessed the power, but a vital touch in the 6-yard box saw it headered away as the Gas sustained pressure. McCormick then picked up the recycled ball on the right but failed to find the target with his speculative effort.

The ball broke well for Jonah Ayunga on the 40th minute, surging forward and riding a challenge to find space for a strike, however, he slashed his strike wide of the target, pulling away and cutting a frustrated figure. His strike was the last before half-time, with just one minute added on. 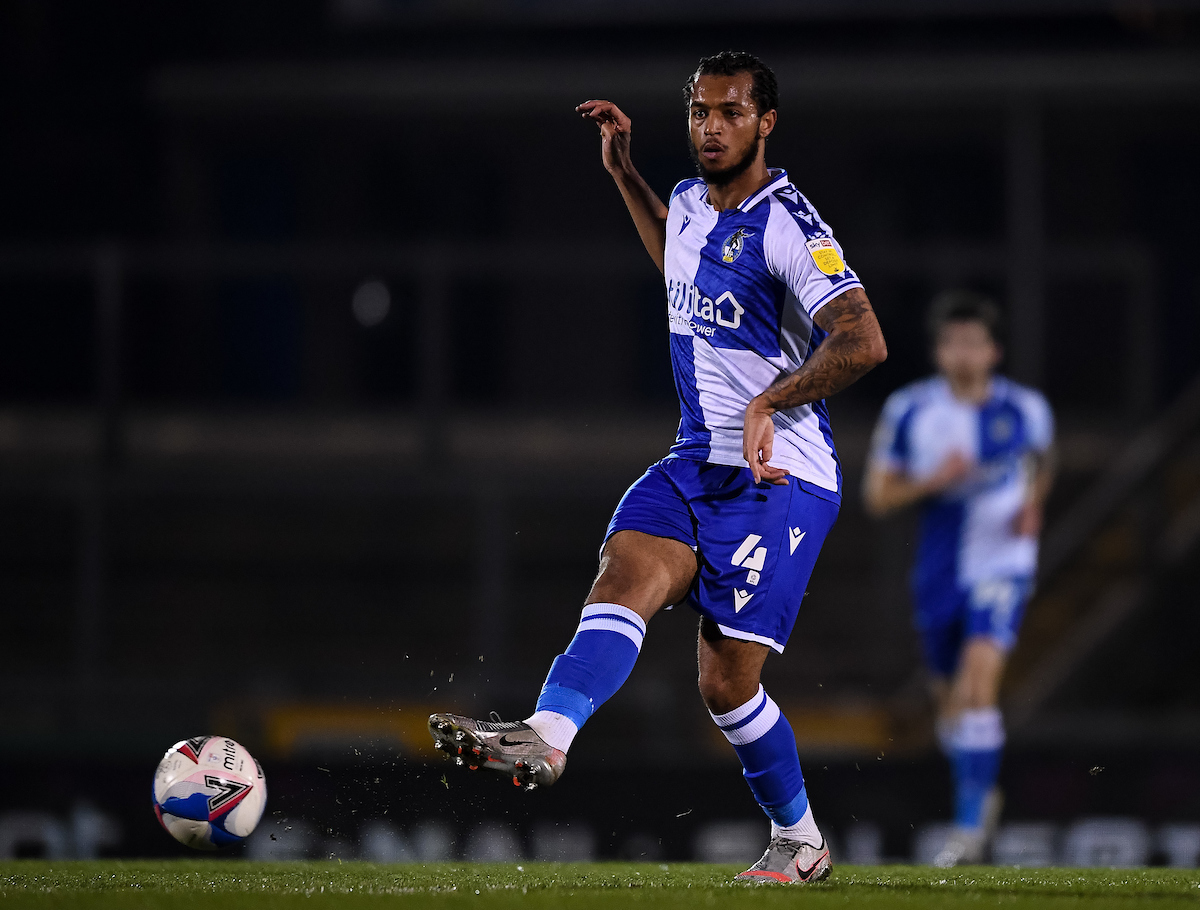 A double change came from Barton at half-time as Josh Hare and Zain Westbrooke replaced James Daly and Ed Upson in a tweak in system.

Swindon had the first chance of the second period as Scott Twine reacted quickly to stab a header down towards goal, his poked strike was goalwards but a Rovers box took the sting out the shot and allowed Day to gather easily.

Then the deadlock looked to be broken. A header was looped up high into the sky, with Westbrooke reacting quickest to pounce and strike low on goal. The substitute smashed it hard and low into the bottom corner, arrowing past Lee Camp to put the Gas ahead. Then, as Westbrooke wheeled away in celebration, the ref' was called over by the linesman. After lengthy discussions, the ref' judged Ayunga to have been offside and involved in the goal, and disallowing the goal on those grounds. 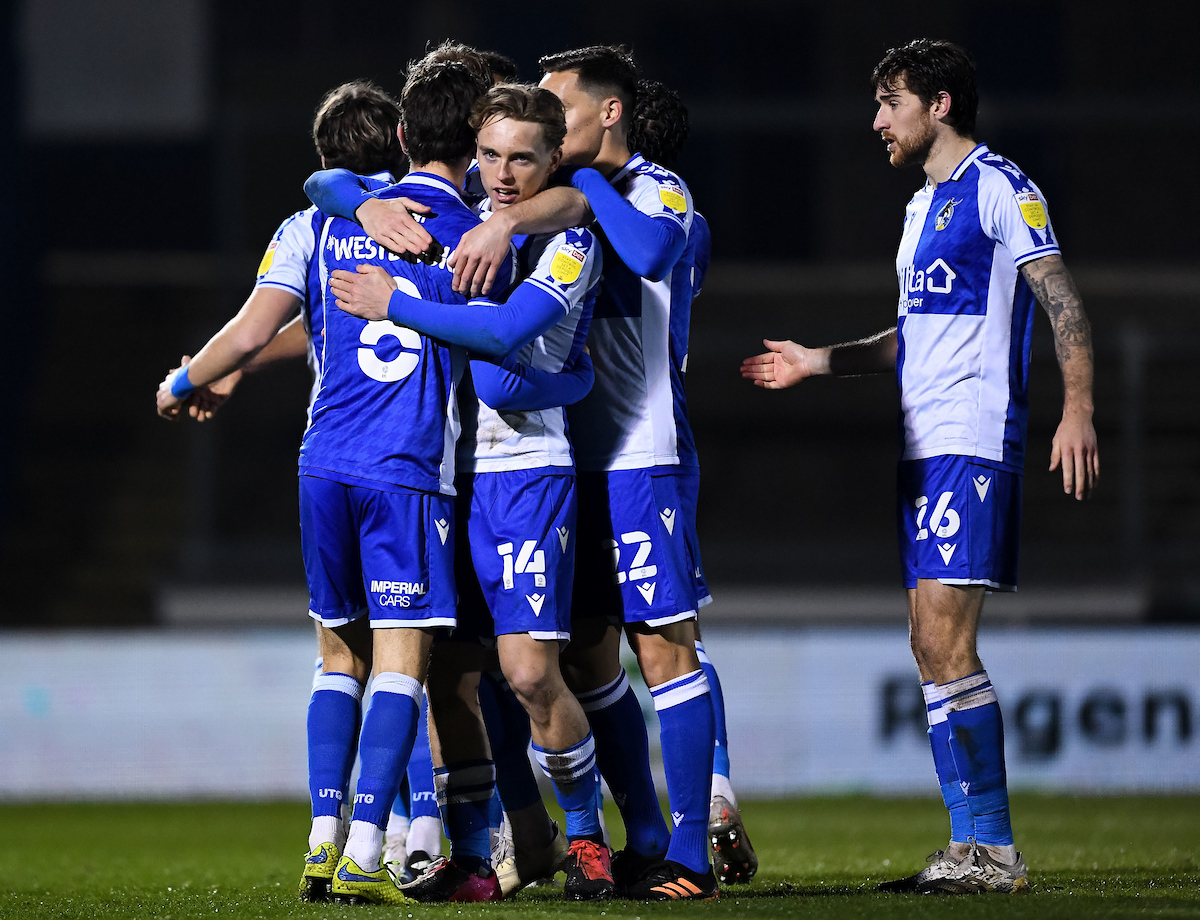 A low delivery towards Hanlan looked to create another chance for an opening as the number 9 struck on the turn at the front post. He blasted his effort wayward though, not glancing the strike neatly enough to divert it goalwards.

Luke Leahy would be next to have a go, marauding forward from left wing-back to connect with a deep cross towards the byline. His connection was solid from the angle but he failed to flick it towards Camp's goal, instead of of sending it behind.

McCormick would turn and shoot soon after, but saw his low effort nestle comfortably in Camp's gloves in the centre of the goal.

Odimayo would look to turn the tide for Swindon as he progressed from deep before hitting an effort low from 30+ yards to Joe Day's right. The loanee dove for the ball, but saw it whistle past his post.

Jordan Garrick, moments after coming off the bench, looked to break the deadlock as he cut in off the right side and arrowed one towards the top left. It looked goalbound too, but for a superb header from Kilgour to just glance it over the bar.

Then, as momentum swayed to the visitors, a deflected free-kick rebounded to Jack Payne. He wriggled past an outstretched leg and struck towards the bottom left, leaving Day shellshocked as it found the net, putting Swindon ahead.

Late changes were made to push for an equalizer, and as the ball dropped from a cross to Ayunga it looked to be on. The towering forward looked to pick his spot but saw a deflection take it towards Camp kindly, tipping wide for a corner.

The Gas couldn't muster another chance after, losing 1-0. 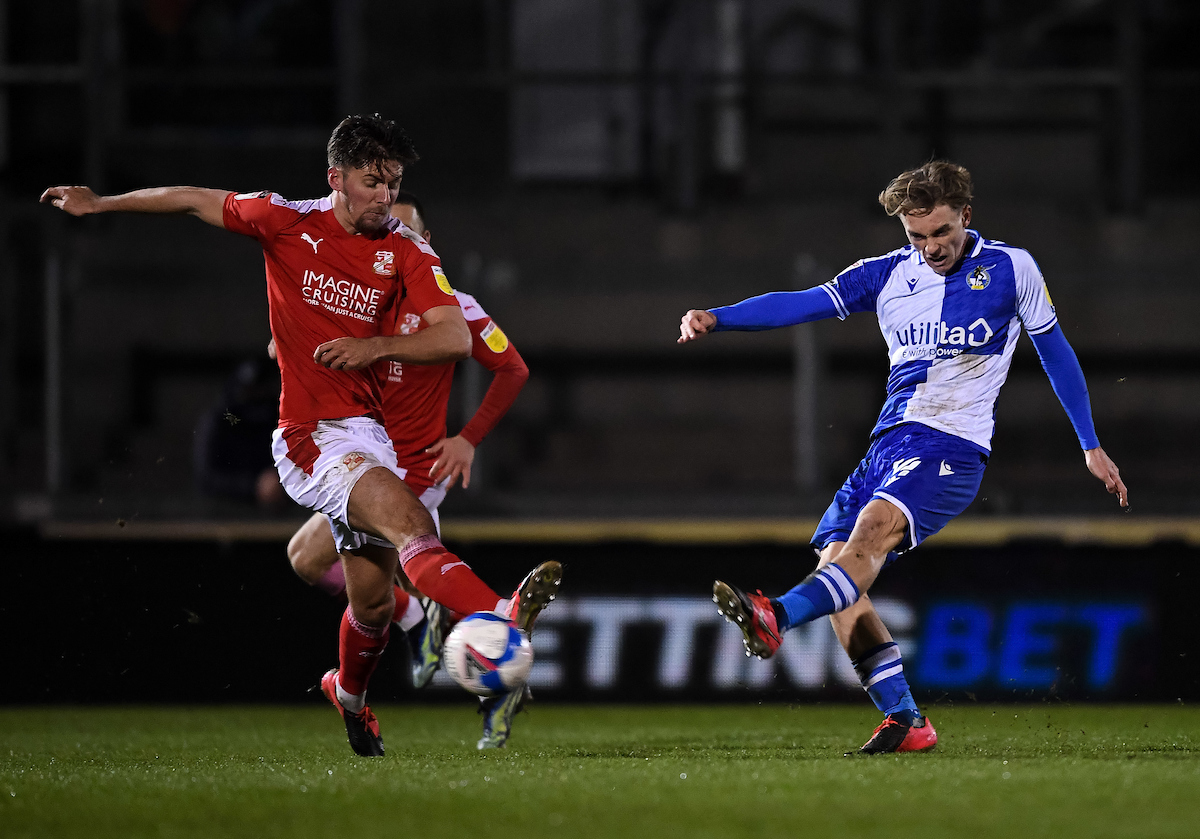 Rovers host Sunderland on Saturday at the Mem.