Rovers lose to Sunderland by a single goal in an evenly contested fixture...

An evenly contested game saw the Gas show real effort and endeavour, regularly battlign their way into half-chances, but it was Sunderland who would capture the lead before the break. A floated delivery from McGeady found the run of O'Brien who knocked his strike into the bottom left. A stinging blow following Rovers' progressive first-half.

The second-half brought more pressure from Sunderland, but the Gas held firm while trying to carve out openings of their own, however, they were unable to pick out a clear path to goal, losing 1-0 as the full-time whistle went.

As stoppage time approached, hearts went in mouths as a Leahy header fell into the path fo Tutonda at an angle on the right side of the box. The Congolese left-back struck hard and low but saw an incredible reaction from Burge palm it wide.

Barton rang the changes ahead of kick-off on Saturday, with the presence of Anssi Jaakola providing a stabilising presence between the sticks. Youngsters Pablo Martinez and Zain Walker were given a chance over Jack Baldwin and James Daly, with Zain Westbrooke replacing Ed Upson in the centre of the park. 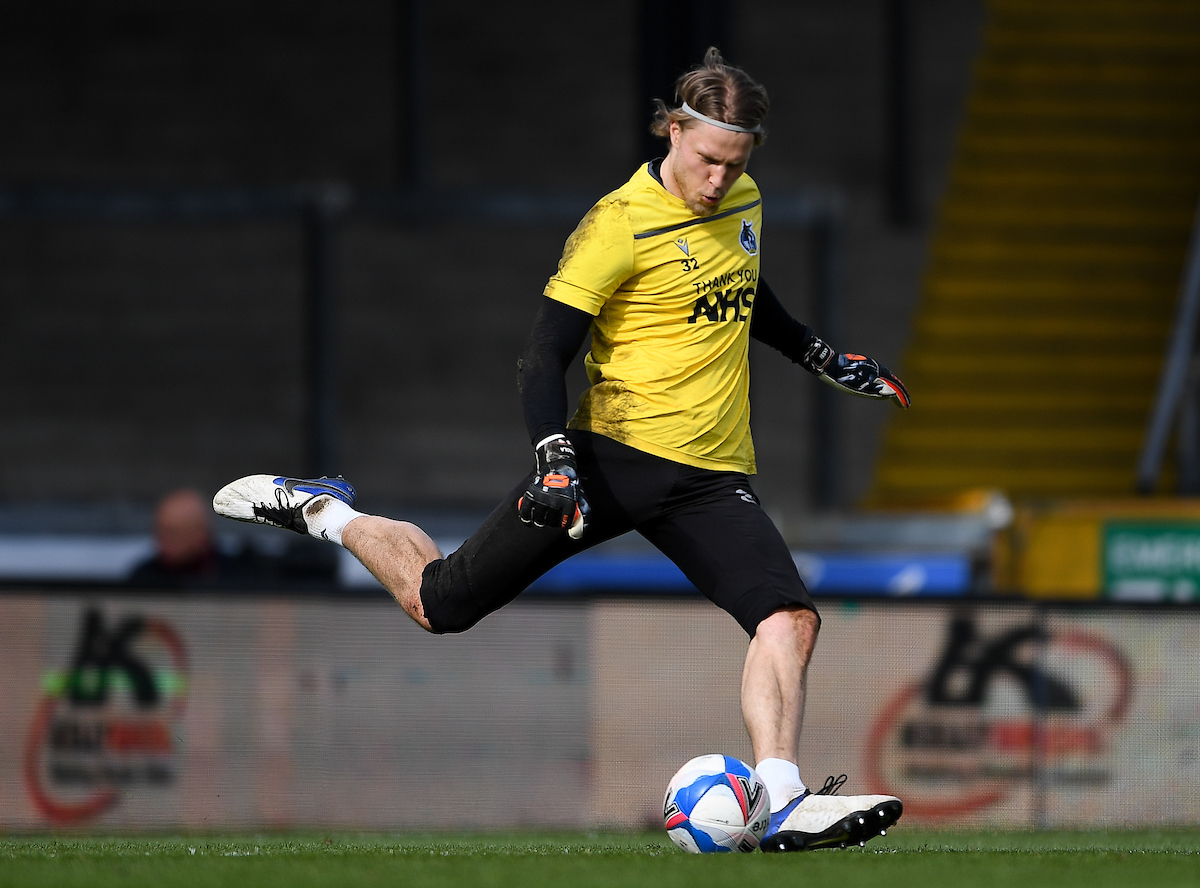 Despite Sunderland controlling early possession, with was the Gas who dug out the first sight of goal as Westbrooke struck a low effort from the edge of the box, narrowly wide of Burge's left post around the 5th minute.

McCormick was disposed on the right side of the field, on the edge of the Gas' area, leading to Sunderland's first chance. Winchester stabbed the ball back to McGeady who aimed to bend a left-footed effort past Jaakkola, but saw it skewed high and wide.

A direct free-kick from Williams put Donaldson in all sorts of bother as his touch deflected into the path of Ayunga. Ayunga controlled with his knee before motioning inside onto his left foot. He struck with power, forcing Burge to dive to his left, but saw his effort fly inches wide of the post.

Zain Walker dazzled on the 17th-minute mark, neatly jinking his way between two players to spring a counter and surge through the park. He struck with his right from distance but sent it past the left post from 20+ yards, a sign of the youngster's ability. 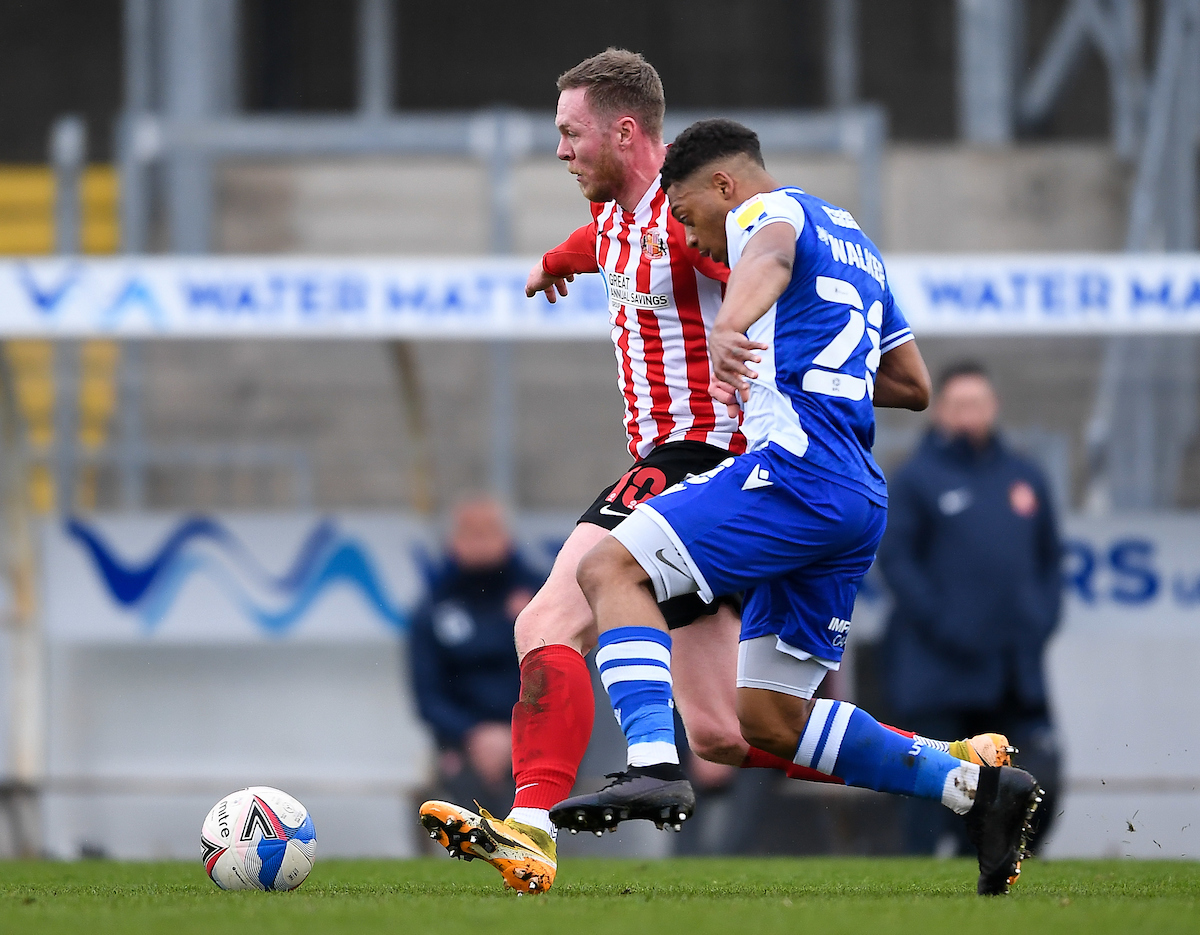 A corner from Sunderland prompted another half-chance as O'Brien clambered his way between Westbrooke and Grant to reach the cross. He timed his jump poorly though, nodding his headed attempt over the bar.

A Zain Westbrooke corner provided a sniff at goal for Kilgour and Grant, but neither could get solid contact on the dinked delivery, seeing it pass through.

Up the other end, a quickly taken free-kick found a Sunderland man towards the byline, a cutback was struck goalwards with Jaakkola forced into his first save since December. It was palmed skywards with Wyke rising to head it, but his attempt lacked placement and bounced wide.

Ayunga continued to harry the Sunderland defence when the press was warranted, robbing another defender to create a half-chance just past the 30-minute mark. His touch deflected up to Westbrooke who struck on the volley from a sharp angle. It possessed plenty of venom but cleared the bar.

With less than 10 minutes to play in the half, and the game evenly poised, Rovers found themselves behind. A corner from McGeady found the run of O'Brien, who tapped it into the bottom left, past an Anssi Jaakkola who remained rooted.

Hanlan would manage a header down towards the feet of Burge with minutes remaining, but it failed to really test the Sunderland 'keeper as they held the lead at the break. 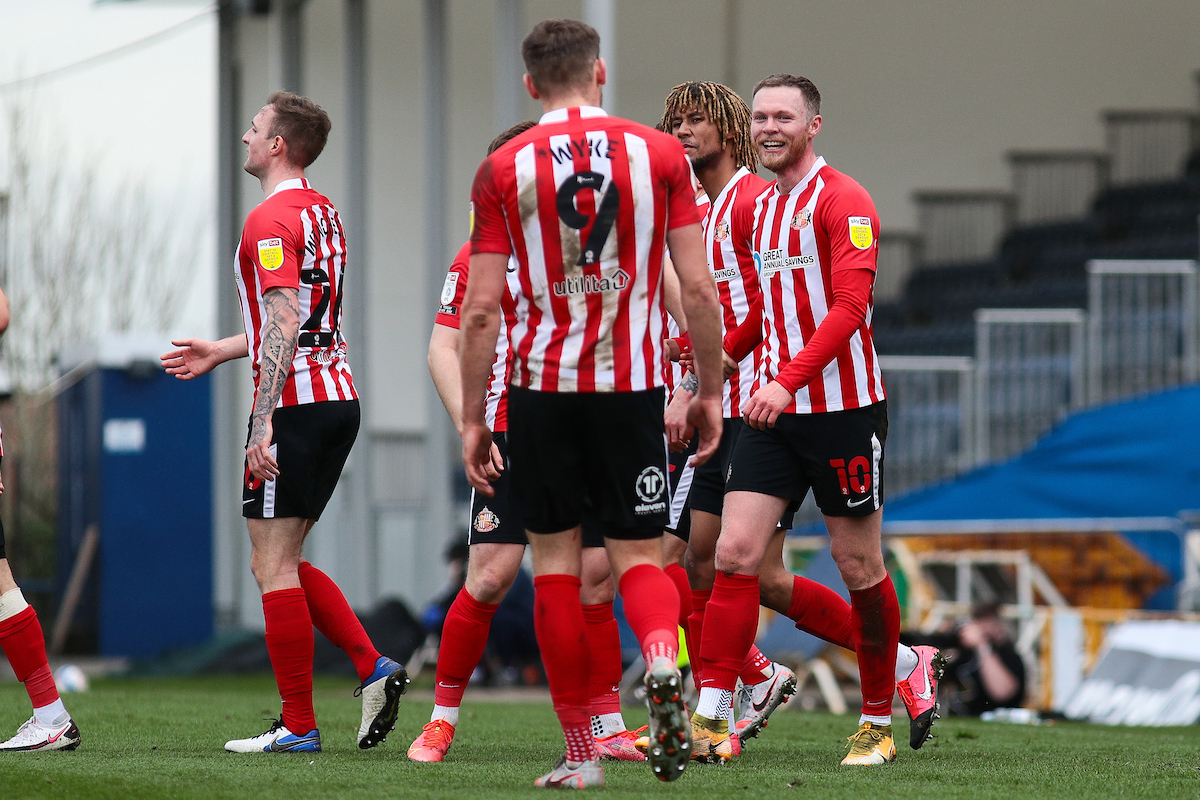 A poor tackle from Josh Scowen opened the second-half as McCormick was brought down on the break, the Sunderland number 14 was booked for his endeavours as McCormick picked himself up.

McGeady continued to be a threat with his dangerous deliveries, and Josh Grant had to be alert early on in the second period to divert a powerful cross away from under the noses of two lurking Sunderland forwards. 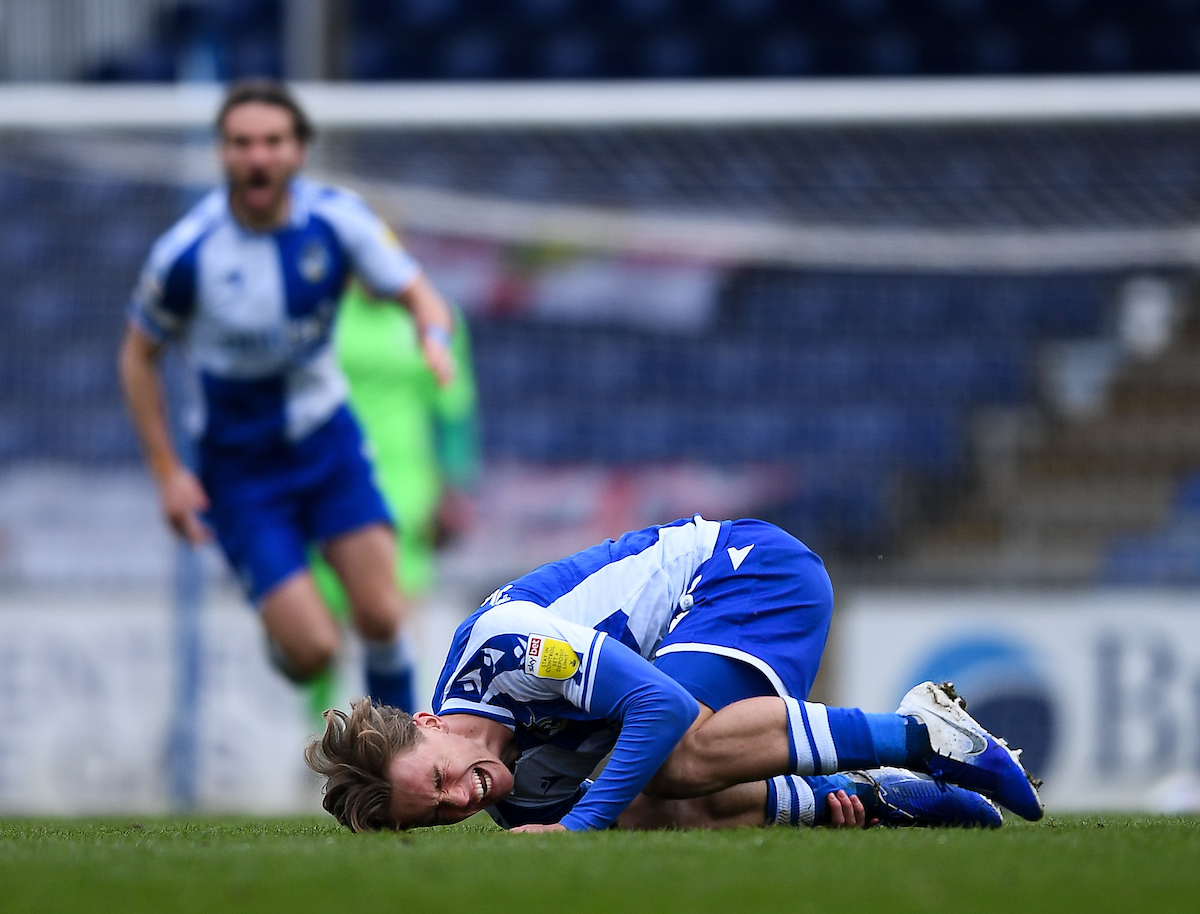 Sanderson received Sunderland's second booking in five minutes as he brought down Hanlan on the right before hoofing the ball up the pitch after the ref' had blown his whistle.

McGeady, who had so often served as Sunderland's creator against Rovers was on the end of a delivery on the hour mark. Power swung a superb ball in towards the back stick, with McGeady shaking free, but his looped his strike up and over the bar, landing on the roof of the net.

McGeady and O'Brien almost repeated their first-half goalscoring combination as McGeady swept a low ball in across the face of goal. It ran through to O'Brien who struck first-time but over-powered his attempt from relatively close-range, clearing Jaakkola's bar.

Shortly after, O'Brien was withdrawn alongside Gooch, with Stewart and Leadbitter replacing them.

McGeady would cause more trouble with a neat stepover before smashing a cross into the area. McCormick got enough on it to deflect it over the goal.

Barton rolled the dice on the 70th-minute mark, with Oztumer replacing Westbrooke. Another change came soon after with Ayunga and Walker coming off, and Tutonda and Barrett taking their place. 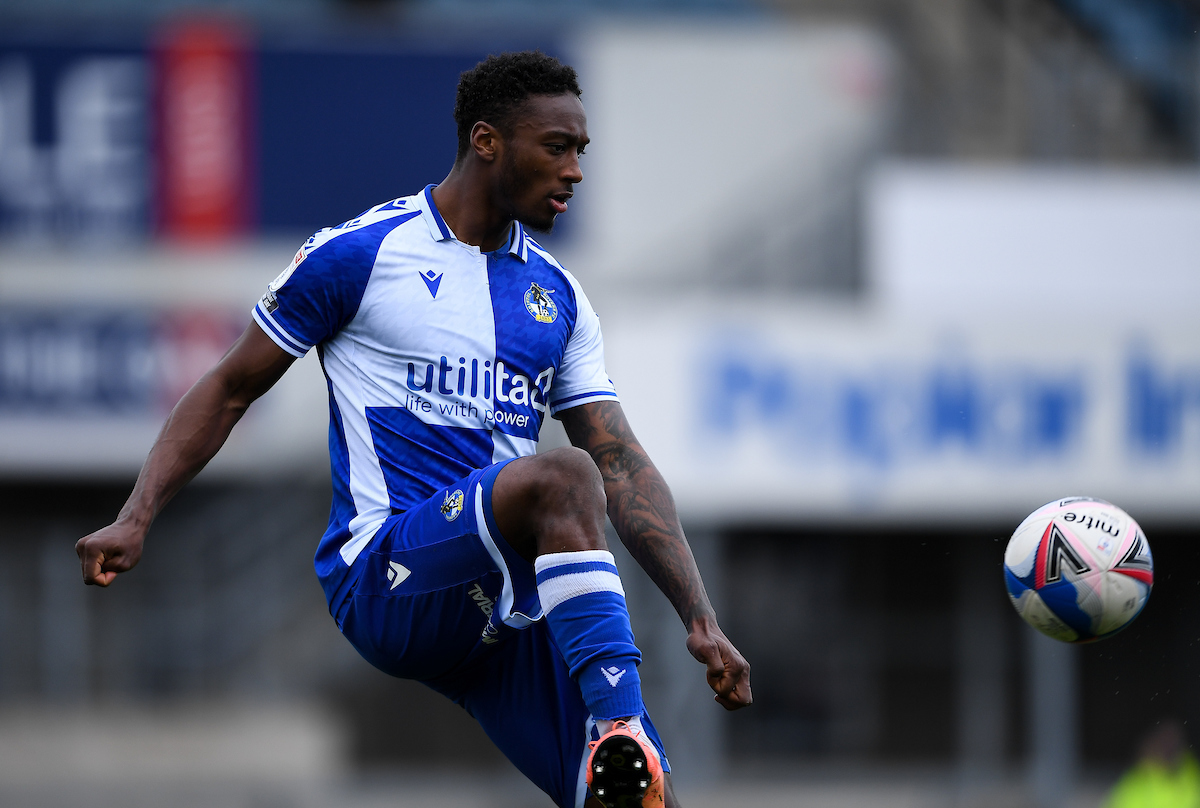 A poor first-touch from Charlie Wyke looked to have ruined his chances from close-range around the 75th minute, prodding the ball away from goal. He struck hard and low on the turn though, forcing a superb reflex save from Jaakkola, down to his right.

Kilgour took a knock with just over 10 minutes to go, and after trying to play on, couldn't continue, with Jack Baldwin taking his place.

A superb free-kick from Aiden McGeady looked destined for the top-left as the game edged into its final stages, but Jaakkola showed his quality on his return to the Rovers side, springing away to his right to punch it away.

Charlie Wyke would then stike a half-chance down low, amongst a sea of Rovers bodies, Jaakkola was once again called into action to save at his feet.

The Rovers staff collectively held their breathes as Luke Leahy looped a header up into the path of Tutonda at an angle as Sunderland struggled to clear a corner. Tutonda laced a strike hard and low towards the near post with his left boot but saw Burge react superbly to palm it wide.

A clash of heads came in added time as Hanlan flung himself at a waist-height ball ina 50/50 challenge with O'Nein, the ref' judged Hanlan to have fould his Sunderland counterpart, and after extensive checks on both players, play continued. Rovers couldn't carve out another late chance, and suffered a narrow loss at the Mem. 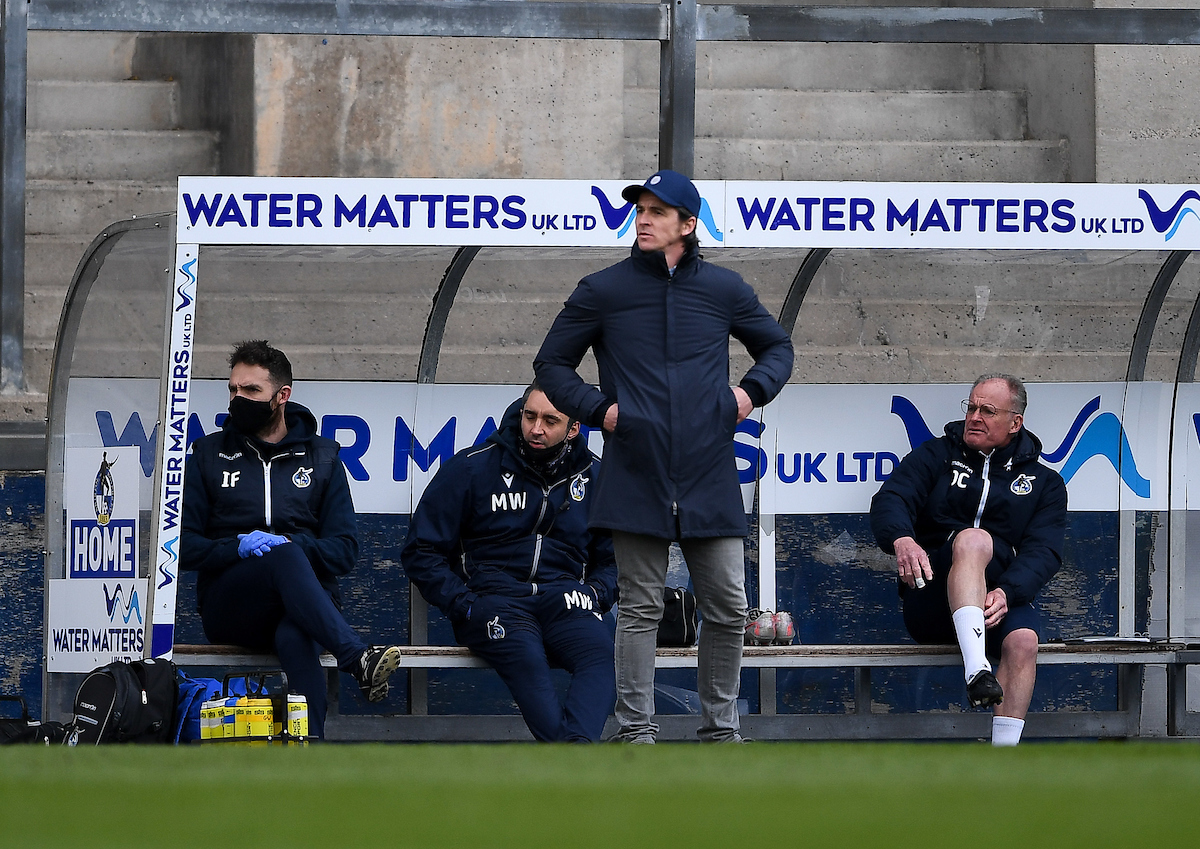 Rovers head to Ipswich Town on Friday for their next fixture of the League One campaign.