Two goals from Gavin Whyte either side of the break secured three points for Hull City today. His first came from the edge of the box, with Wilks pulling the ball back from the byline allowing Whyte the opportunity to side-foot a strike into the bottom right.

Following the break, Whyte found his second from another pullback, as Honeyman squared across the face of goal to Whyte who lurked 6 yards out, converting to make it 2-0.

Barton's selection for his side's trip to Yorkshire featured two changes from Tuesday's outing against Burton Albion. Joe Day passed concussion protocol to return in place of Jordi Van Stappershoef in net, while captain Max Ehmer would make his first start since returning from injury, coming in for the suspended Luke McCormick. 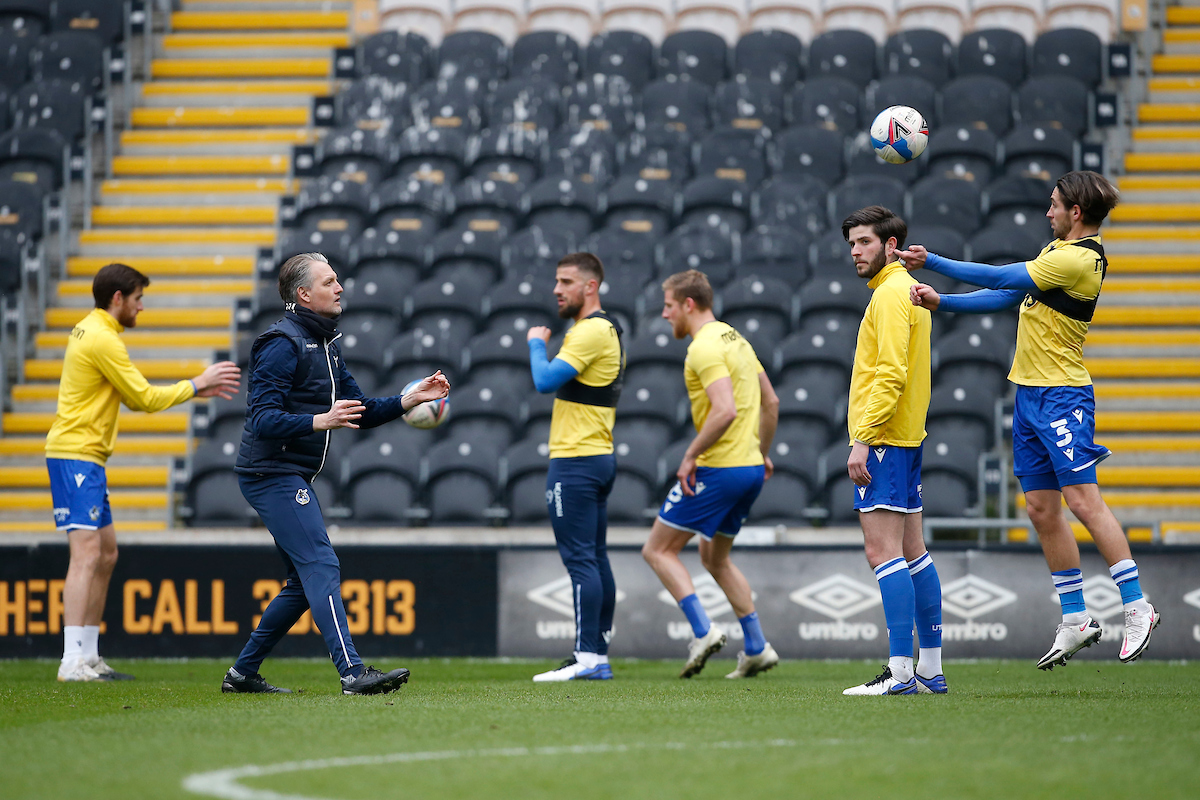 An interesting set-up from Barton became apparent in the early stages, as it looked as though Alex Rodman would take up a central position for the duration of the game, partnering Grant in the holding role. Ahead of them sat Zain Westbrooke, with Hanlan and Nicholson leading the line as a duo.

Hull City went close inside five minutes, with Kyle Magennis sending Joe Day scrambling to his left to cover a header which went just wide of the post in the end.

Rovers responded promptly though, surging up the other end with Westbrooke feeding Hanlan, who controlled and turned the ball out wide. There stood George Williams, who drove a low cross into the Hull box, it defected kindly for the home side though, allowing a defender to hook it clear. 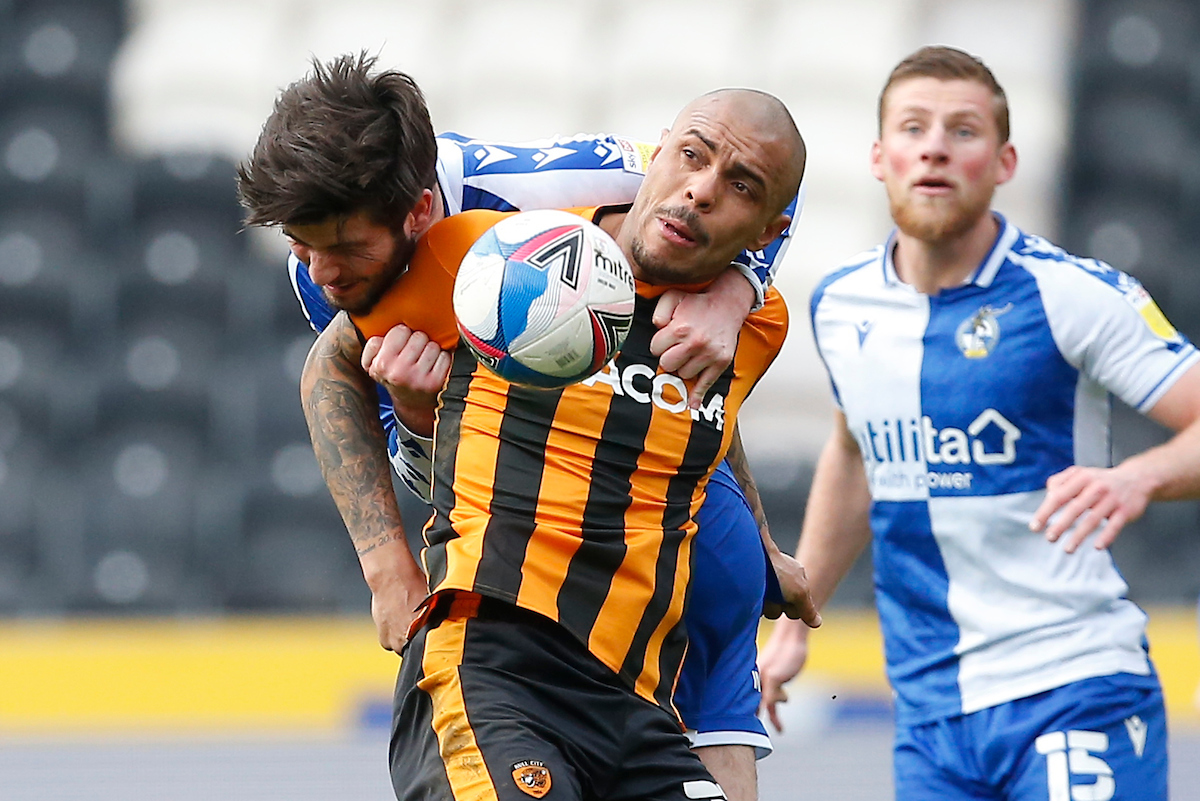 From there the game descended into a scrappy affair for the next 10+ minutes, with neither side really working much time on the ball, each playing between their own thirds with both sides struggling to work through midfield.

A quick throw-in from Luke Leahy prompted a scramble in the Hull box as Hanlan took it down and looked to muscle his way deep into the area from the left flank. He was hassled by two defenders who half-poked it clear, with a deflection coming out to Grant who looked to strike first time, but saw a responsive Hull defender close to the space and block clear.

A great block from Alfie Kilgour was needed to deny Alfie Jones as he controlled and spun inside the box before striking low and hard towards the bottom left. However, there stood Kilgour, reacting well to get a vital block on the effort.

Just after the half-hour mark, with Josh Grant down injured and off the field, Hull City made the advantage count. A ball was whipped wide and recycled into the area, towards Whyte. He struck first-time from the edge of the box, firing low into the bottom right corner to give the home side a lead.

Shortly after, Rovers replaced Grant, with Upson coming on.

Leahy would go close for the Gas in the dying stages of the first 45 as Westbrooke delivered a corner to the front post, with the left-back meeting the ball and flicking it across goal. Harries was waiting at the far post, but couldn't make contact to divert goalwards.

The Gas went in behind at the break. 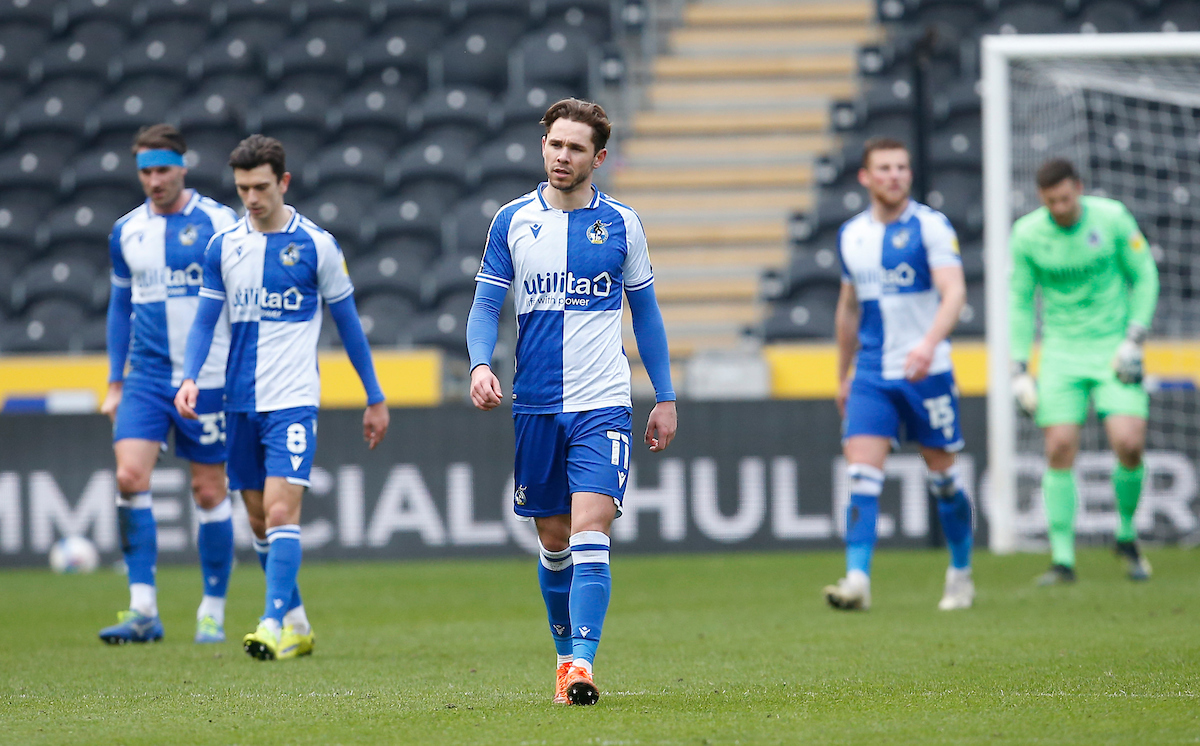 A superb surging run from Alex Rodman allowed the winger to wriggle his way between two or three players towards the byline. He forced the cross towards Brandon Hanlan who lurked at the front post, with the number 9 diverting goalwards. However, Ingram was aware, able to react well and gather after it bounced off him. 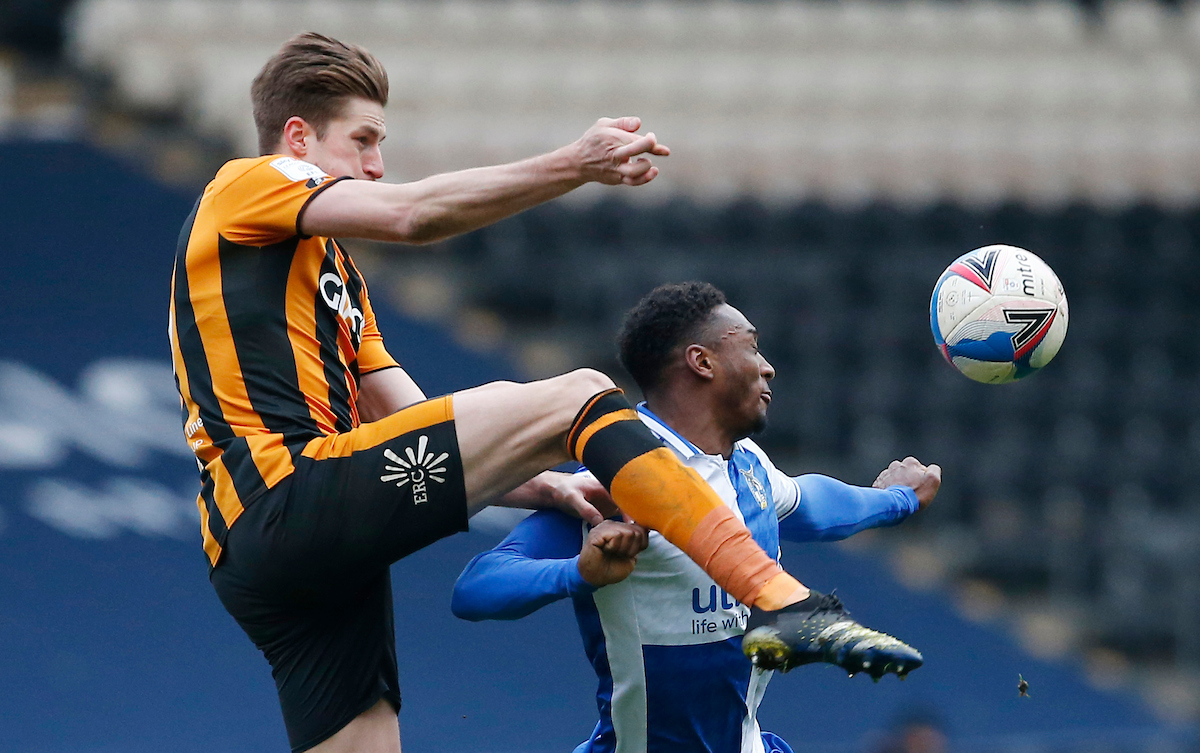 On the hour mark, Honeyman was left in space on the right flank, able to progress into the area and square sharply to Whyte. He made no mistake from close-range, diverting into the goal to double his side's lead. 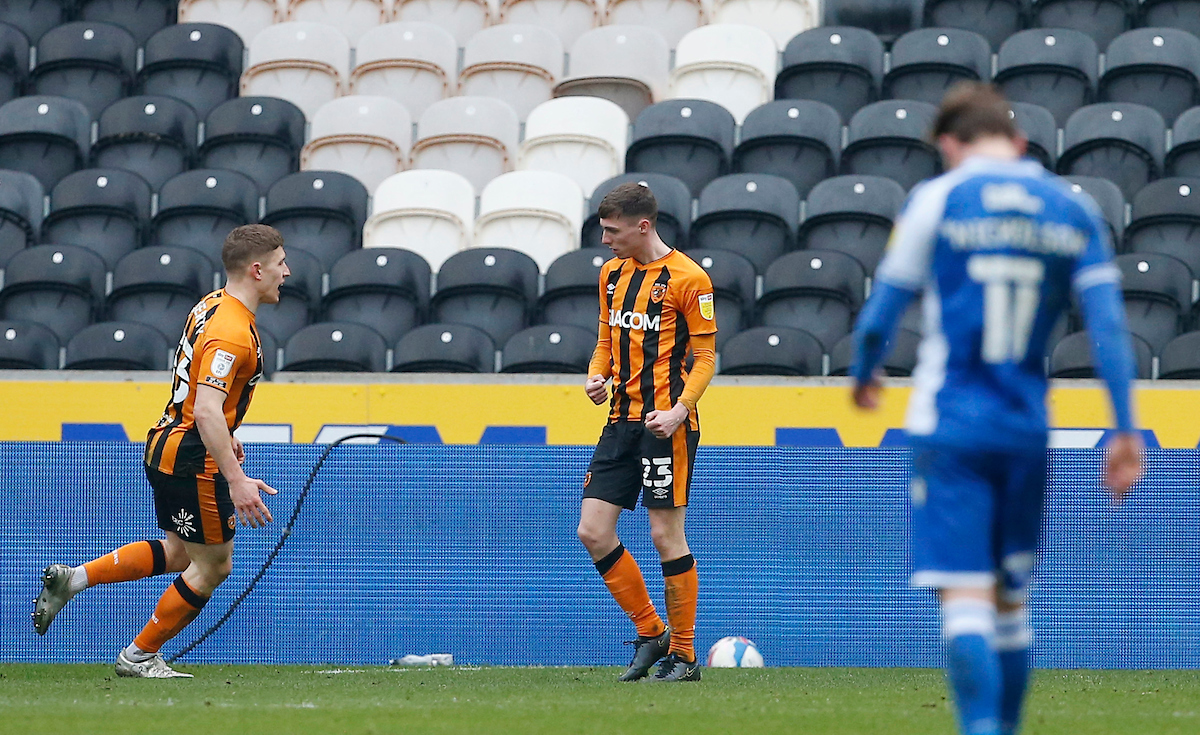 A triple substitution came on the 68th minute, with Nicholson, Harries and Hanlan coming off, with Walker, Daly and Baldwin replacing them.

With 15 to go a whipped delivery from a corner saw Alfie Kilgour flash a header across the face of goal, in a channel where any touch could've taken it in. In the end, though, it bounced wide of the goal for a goal-kick.

Two chances came for the Gas bang on the 90 minute mark. Zain Westbrooke lifted a nice ball over towards Ayunga who expertly brought down the ball before turning left and swing a powerful left foot at the ball. It flashed to the front post, with Ingram needing to react well to deny the towering forward.

The ball was then recycled from the left-flank, with Rodman rising highest to meet a cross, but saw his header clear the bar on the left side.

These would be the Gas' last opportunities, with Hull seeing the game out in added time and taking the win. 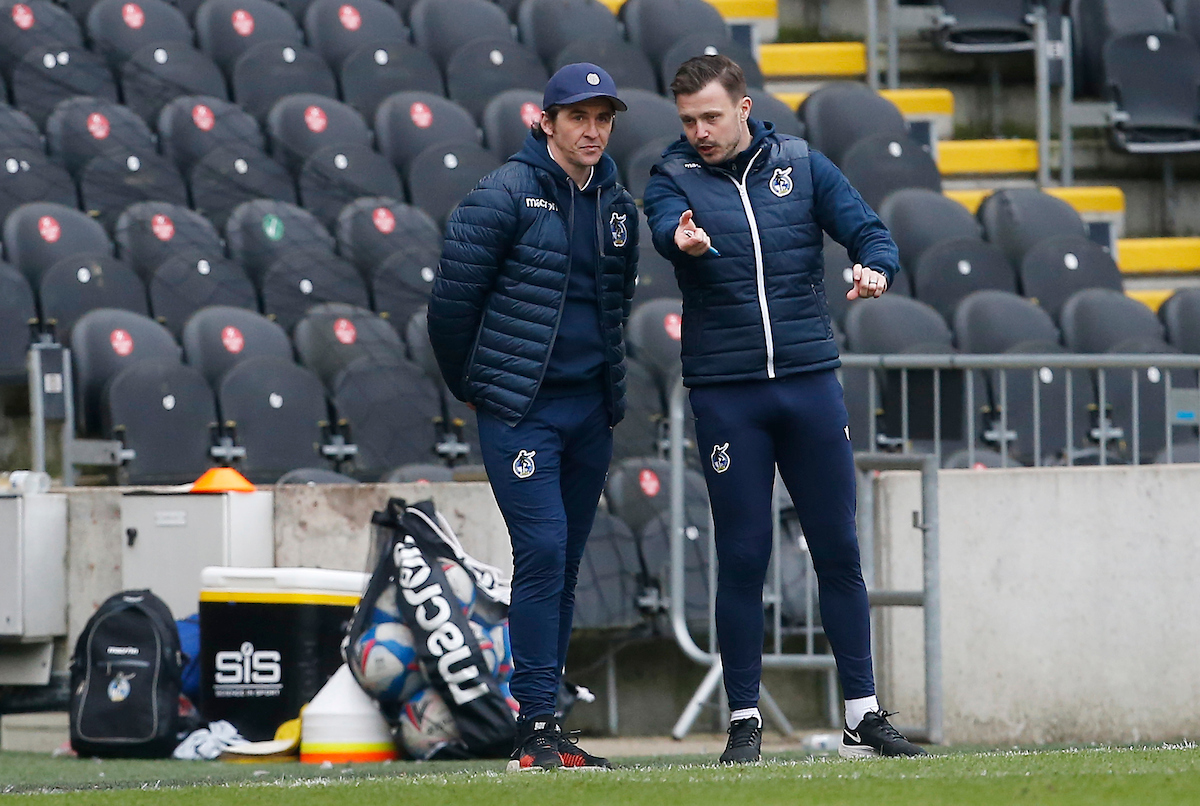 Rovers return to the Mem on Tuesday night, as they host Accrington Stanley.