Rovers come from behind to win against Bournemouth, in a game that secured valuable minutes for first-team players.

A superb effort from Bournemouth's O'Connell put the Gas behind midway through the first-half as he curled past Andre-Jr from over 20 yards out.

Following the break though, Rovers were in the ascendancy, levelling just after the hour mark through Zain Walker neatly tapping in at the front post. Late on, a penalty won by Harry Warwick allowed the Gas a route the victory, with Josh Hare stepping up and converting from the spot, striking powerfully into the bottom right.

The side for today's game featured several first-team players, with this opportunity providing a vital supply of matchday minutes for a number of players who haven't yet featured much in Barton's selections.

Hare, Oztumer, Liddle, Tutonda, Little and Tomlinson started from the off.

An immediate pause punctuated the early stages, as David Tutonda went down while trying to cross a ball low towards the 6-yard area. He stumbled on contact and hit the deck, but after a lengthy spell of treatment, was deemed okay to continue.

Rovers found their first sight of goal inside the 13th minute, with a long ball driven over the Bournemouth ranks, giving Walker the yardage to speed past his defender and into the gap between the 'keeper and the backline. He made the ball and poked it wide towards the byline, but saw the 'keeper come out well to close the angle and collect.

Christian Saydee would strike the first real clear-cut chance of the game, with the Bournemouth man waiting patiently as O'Connell flicked a cross in deep from the right flank. Little swung at it but his contact was minimal, seeing the ball bounce to Saydee who struck low and hard first time. Andre-Jr reacted well to cover the corner, but it rolled wide of the left post.

On the 25th minute, Bournemouth would take the lead in emphatic fashion. The ball was worked into the box from the left apex before being rolled back to the onrushing O'Connell. He took a neat touch to set himself before curling a well-placed strike into the top right corner, leaving Andre-Jr with no chance.

Five minutes on, with the Gas behind, some neat interplay between Liddle and Walker allowed the latter to pick out a smart reverse ball between Bournemouth legs to the run of Tomlinson. The midfielder cut back, looking to wrongfoot his marker, but on shooting with his second touch, saw the Bournemouth defender recovering well to make the block.

The half fizzled out somewhat from there, with both sides keen to tweak things at the half-way stage, but Bournemouth the happier of the two, with their lead standing at one goal. 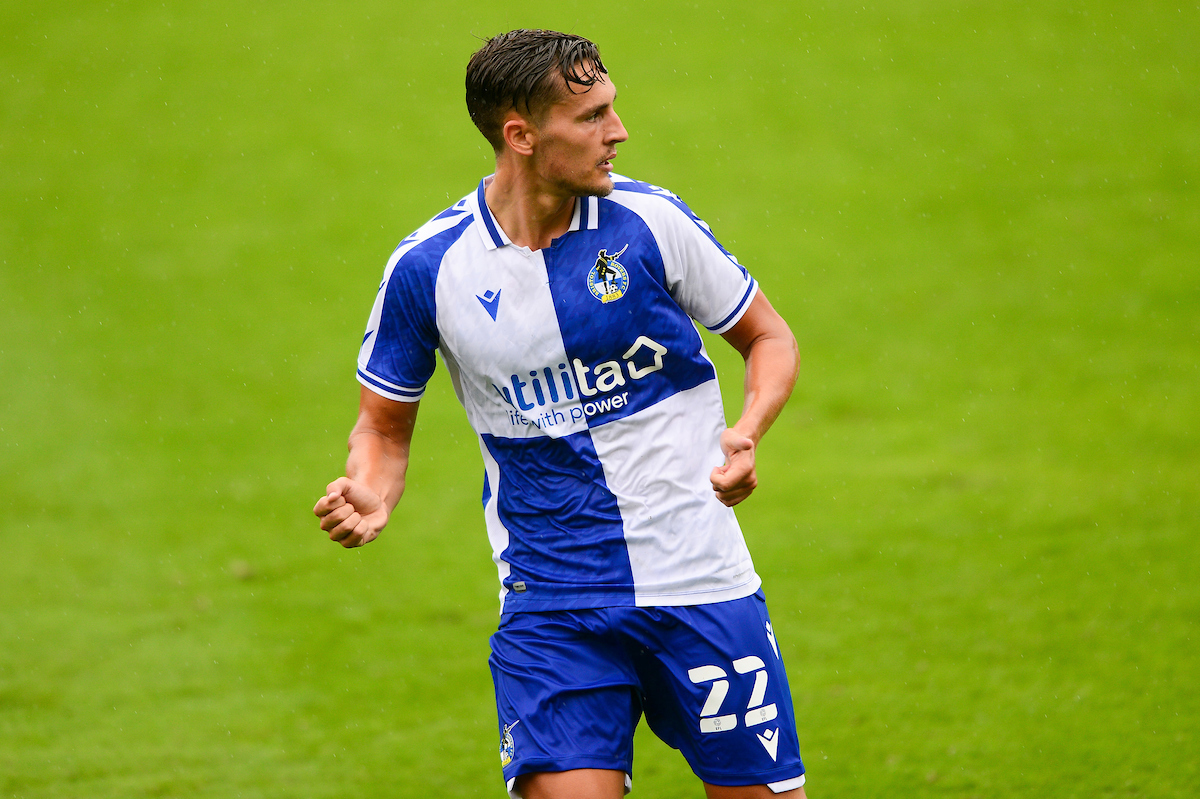 A delivery from Josh Hare picked out substitute Cameron Hargreaves early in the second half, with a deep free-kick fired in for his run. Hargreaves arrived at it but lept into the ball, sending it over the crossbar.

Ryan Jones would replace Ben Liddle just after the hour mark, with Rovers getting themselves back level moments later. Josh Hare picked up the ball and burst towards the byline before whipping a low delivery into the area, with Walker arriving to it at the front post. The young forward made no mistake from close-range, directing past Dennis into the bottom right corner.

Ryan Jones found space for a snapshot after being flicked through with fifteen to go, the ball ran towards the left side of the area with Jones unleashing a powerful strike as it bobbled up for him. He struck at the near post, with the superb reflexes of Dennis just enough to deny Jones and send it out for the corner.

Subsitute Harry Warwick would play a crucial role in the game with just over five minutes to go, reacting well to get to a ricochet from a corner first. As he shielded the ball, he was bundled over by George Hunt, with the ref' pointing to the spot. Josh Hare took the responsibility from the spot, converting low into the bottom right to put the Gas in the lead.

Rovers did well to survive late pressure, with the opposition going close from distance on multiple occasions, each time Andre-Jr was relieved to see strikes go narrowly wide. With the Gas seeing the game out well, they secured victory after going behind in the first-half.