Rovers defeated on the road.

Ennis' first-half brace led the Pilgrims to a 2-0 victory at Home Park.

Niall Ennis fired the home side ahead early on, converting from Adam Lewis’ cross at close-range to open the scoring in the 7th minute.

Rovers had a series of first-half chances, with Jonah Ayunga testing Cooper with a fierce volley, but were unable to find an equaliser in the opening forty-five minutes.

Ennis managed to grab the game’s second goal in the final moments of the first half, again converting from close-range after being found by a low Lewis cross into the Rovers area to give the home side a two-goal advantage at the break.

In the second half, Rovers created credible opportunities, as Luke McCormick forced Cooper into making a save down low to tip his effort wide, while a deflected effort from the Chelsea loanee also forcing Cooper into making an impressive save, as Plymouth claimed the points on offer. 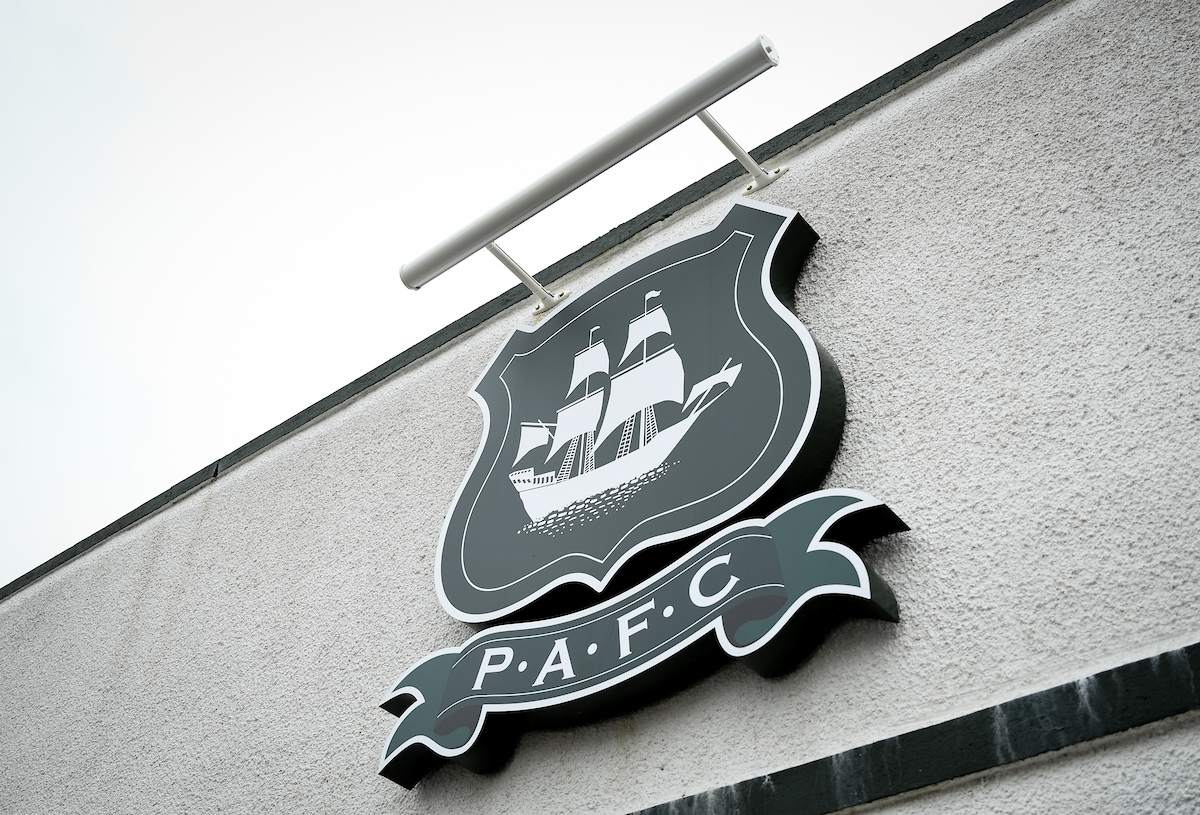 Rovers headed to Home Park looking to add to the tally of 14 points picked on the road so far this season, with the incentive to push clear of the congested foot of the league table.

Plymouth headed into the encounter on the back on 5 straight defeats, which had seen the Pilgrims slip to a mid-table berth, poised in the middle group between the play-off chasing pack and the teams fighting to avoid a drop into the bottom four.

Ahead of the contest, Rovers Manager Joey Barton made two changes to the side that started Tuesday’s encounter at the Valley.

Jordi van Stappershoef deputised for the suspended Joe Day in goal, while Max Ehmer returned to the side in place of Sam Nicholson.

On the bench, there was a spot for U18’s goalkeeper, Jed Ward – who signed his first pro deal with Rovers back in January, alongside the likes of Erhun Oztumer, David Tutonda and Josh Hare, who have all had to be patient for first-team opportunities in recent weeks. 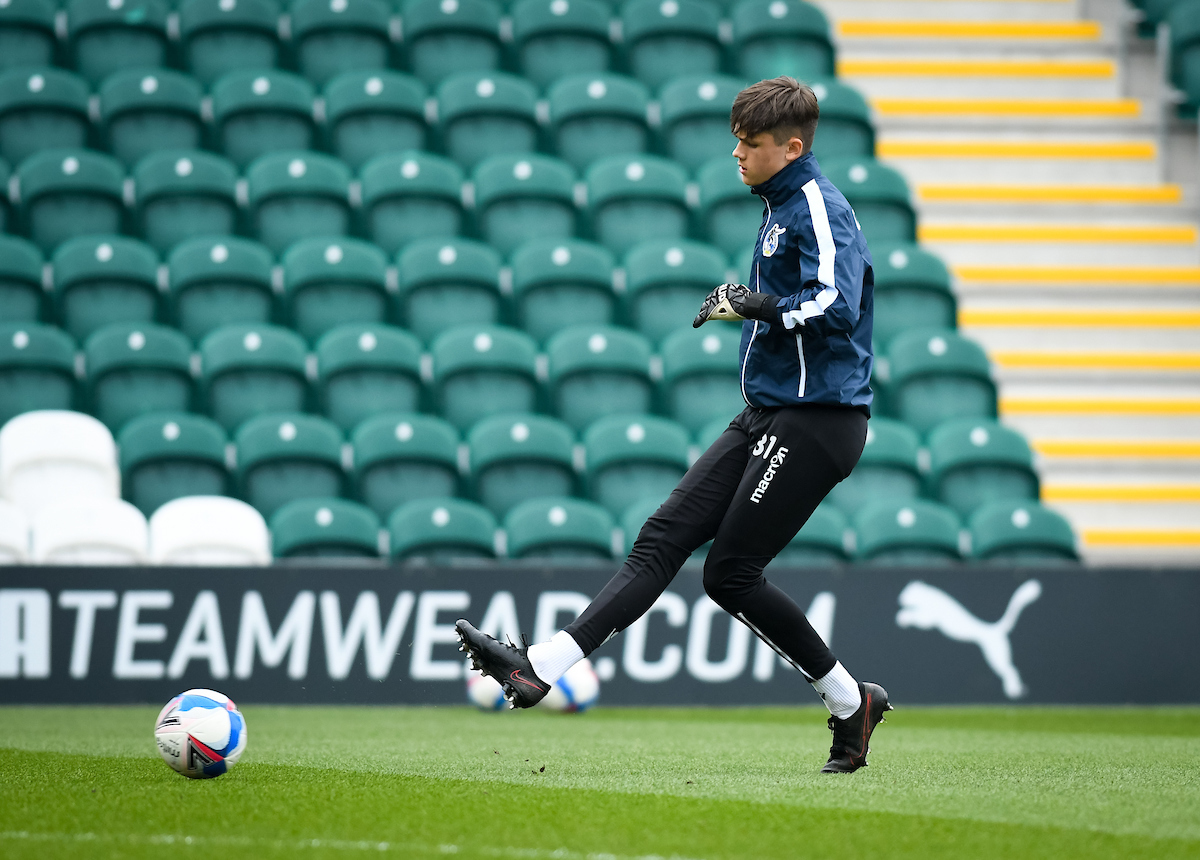 Trevor Kettle was the man in charge of the encounter on the south coast, with the experienced official refereeing both teams one occasion previously this season.

Rovers had found the net first in the last five meetings with the Pilgrims and notched the game’s first opening early when Jonah Ayunga fired a volley towards goal from the edge of the area that Mike Cooper was equal to, in what as reaction stop by the Plymouth ‘keeper.

It was a lively start for Rovers, who looked eager to challenge the host's defence. Zain Westbrooke managed to dig out a useful cross that flung into the direction of the advancing Luke Leahy, who couldn’t quite leap high enough to plant a header towards goal.

With a positive showing from Rovers in the early stages, it was the home side that grabbed the first goal. The move originated down the left, as Connor Grant’s through ball picked out the run of Adam Lewis. The left-back was able to hang a high cross towards the far post, where Niall Ennis was on hand to supply a close-range finish to put the Pilgrims ahead.

The setback of going a goal down didn’t deter Rovers’ attacking play, as shortly after Ennis’ goal a deep cross into the Plymouth area found Leahy. The skipper managed to nod a header back across goal, where Brandon Hanlan adjusted to fire a volley into the side netting, in what was an encouraging sign for the Gas.

Jonah Ayunga again looked bright for Rovers, with the striker’s movement ensuring that the Plymouth defence remained on alert. On the 20-minute mark, the striker managed to craft a run to greet a through ball from Westbrooke and played a low delivery into the area where McCormick scuffed an effort narrowly wide of the target. 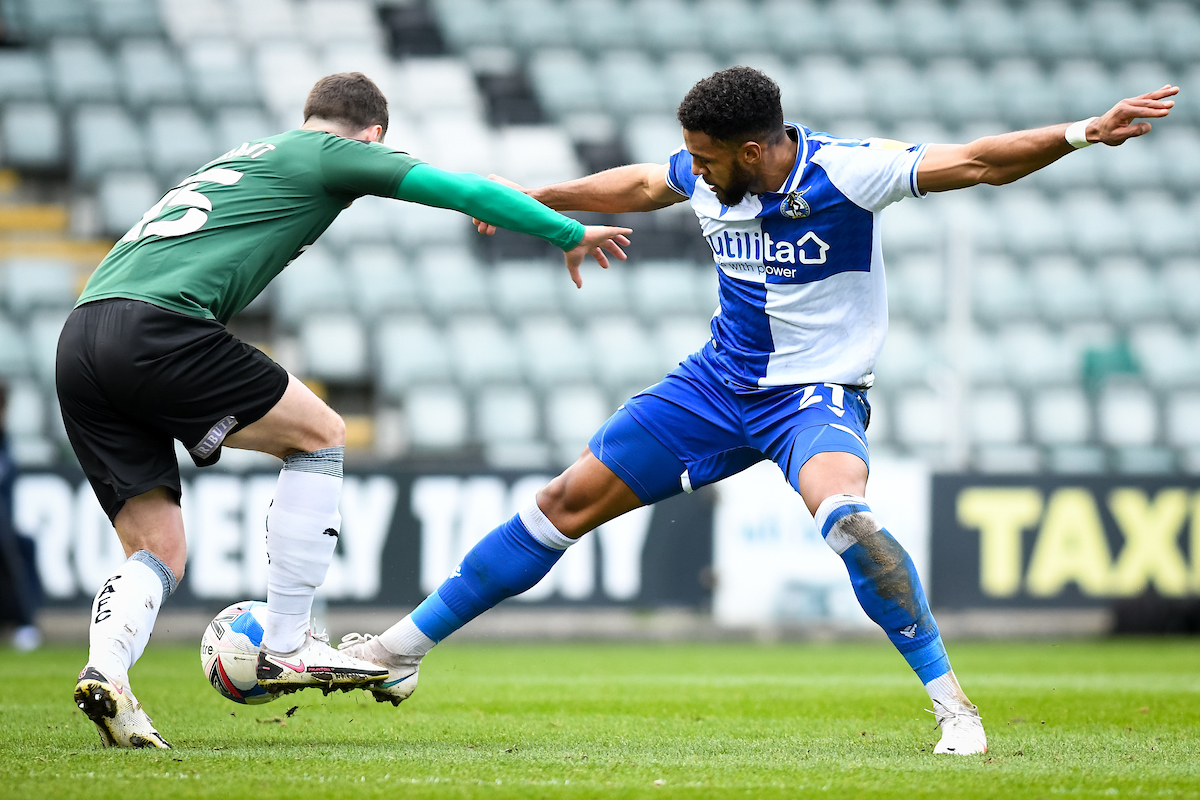 A steady flow of chances kept coming for Rovers as the first-half progressed. Zain Westbrooke clipped a free-kick into a congested Plymouth area with the delivery dropping to Ayunga, who saw his effort blocked. Numerous further attempts from Rovers to poke the ball towards the Plymouth goal were also quashed, as the hosts hurried the ball clear.

The home side had opportunities of their own, as Connor Grant connected well with a low effort from outside the area that van Stappershoef was able to claim at the second attempt. Moments later, Opoku managed to get on the end of a deep free-kick and directed a header into the arms of van Stappershoef.

In the ten minutes leading up to the break, Rovers mounted chances to get back level. Brandon Hanlan saw an effort from inside the area blocked, as soon after Ed Upson timed a run to the far post to get on the end of a cross and managed to fire a volley towards goal that Edwards deflected away.

Despite being competitive and creating chances, Rovers found themselves facing a two-goal deficit in the closing stages of the first half. Again it was a low cross from the left from Adam Lewis that did the damage, as the defender’s delivery picked out Ennis with his back to goal. The forward had plenty to do, but a swift turn saw the striker glance a low finish into the bottom corner beyond van Stappershoef to double both his and Plymouth’s goal tally for the afternoon.

At the break, Josh Hare was introduced, with Max Ehmer making way.

Rovers crafted an early opportunity in the second half, which was created by tenacious work in the deep by Hanlan to get the beating of Opoku. The forward managed to square a pass to McCormick, who side-footed an effort towards goal that deflected off Ayunga. The ricochet actually took the effort back across the goalmouth where Cooper made an excellent stop to tip the attempt over the target. 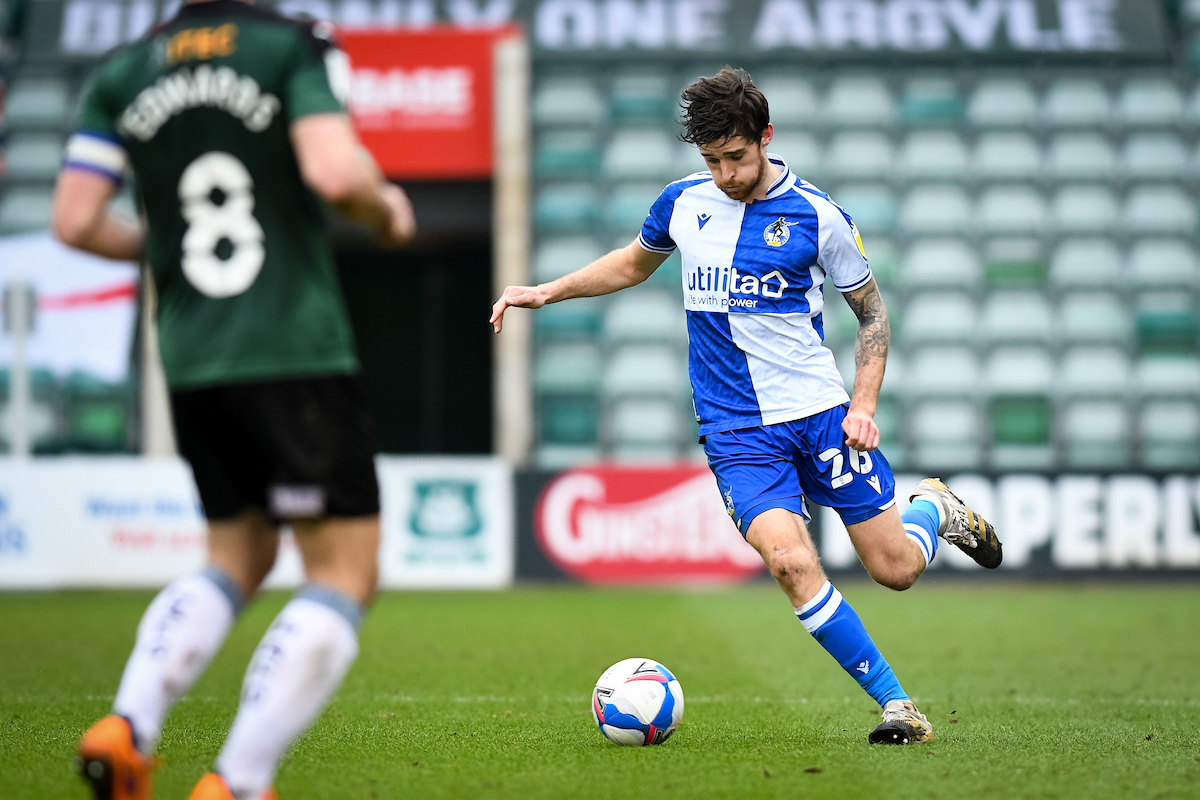 As the hour approached, Ennis had the opportunity to add his third, as the forward was played in behind the Rovers backline. The striker took control of the bouncing ball at a narrow-angle and whittled a powerful volley that struck the meeting between the crossbar and the upright.

Inside the final twenty minutes, Rovers had the chances to dent Plymouth’s advantage. A low, drilled effort from McCormick from the edge of the area was pushed wide by a fingertip stop from Cooper. From further out, minutes later Ed Upson curled a measured effort wide.

Barton turned to the bench with 15 minutes to play and introduced Erhun Oztumer, who made his first appearance since our meeting with Wigan last month. 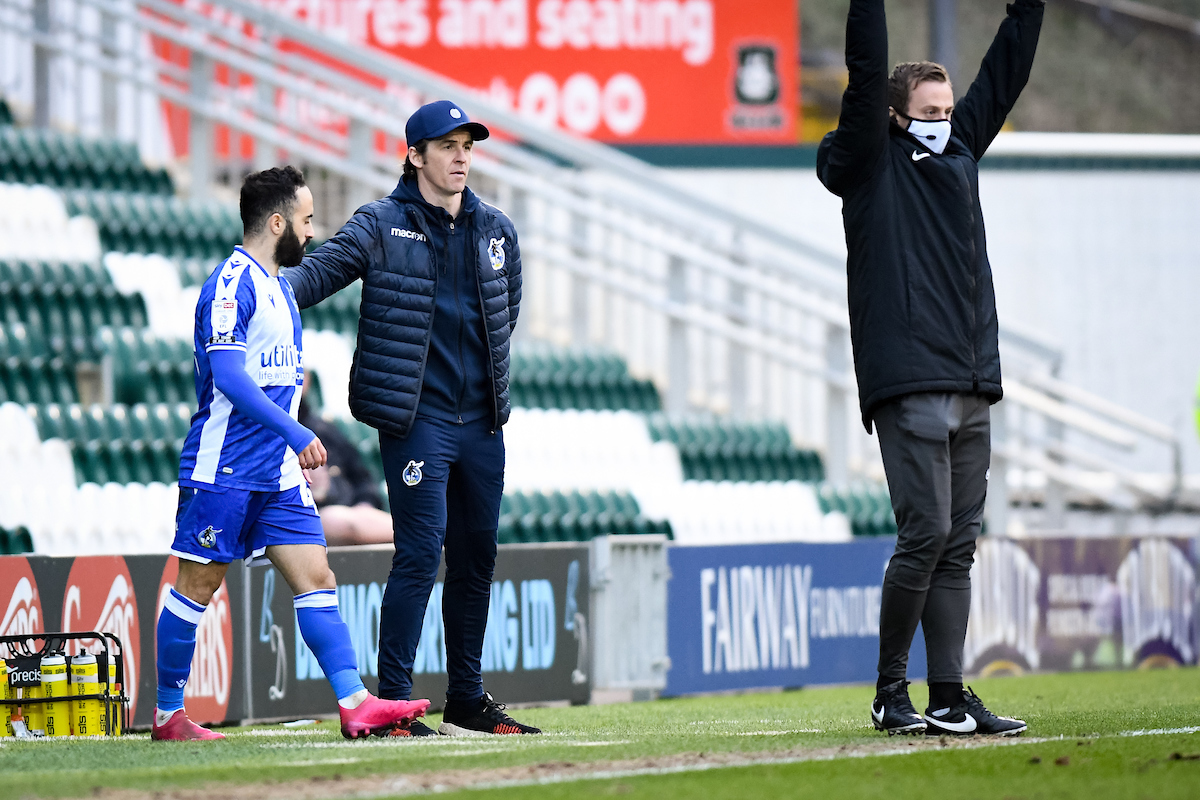 Oztumer had an immediate involvement, drifting a swirling effort from range towards goal that Cooper was equal to.

Further Rovers changes come in the shape of a double alteration, as Daly and Tutonda were drafted from the Rovers bench.

Rovers face a quick turnaround, ahead of Tuesdays’ fixture against Swindon Town at the Mem.