The Gas return to their familiar setting at the Mem this week as they host Swindon Town.

Rovers' home form has been promising as of late and will be looking to add a result against Swindon Town to a list of recent performances against Shrewsbury Town, Accrington Stanley and AFC Wimbledon.

A trip to Home Park saw the Gas come back empty-handed on Saturday, with Barton sending a clear message to his players after the full-time whistle, stressing the need for everyone to be ready for the run-in.

All the need to know info ahead of Tuesday's clash can be found below...

Rovers Manager Joey Barton sat down with the local press via Zoom on Monday morning.

On the agenda was the response he expects from his players following Saturday's defeat, the tight nature of the league standings and the Rovers captaincy.

Catch the interview in full below.

On Rovers, Wright said, " We saw their flaws against Plymouth, but we won't take them for granted. We've got to go there with confidence and belief. 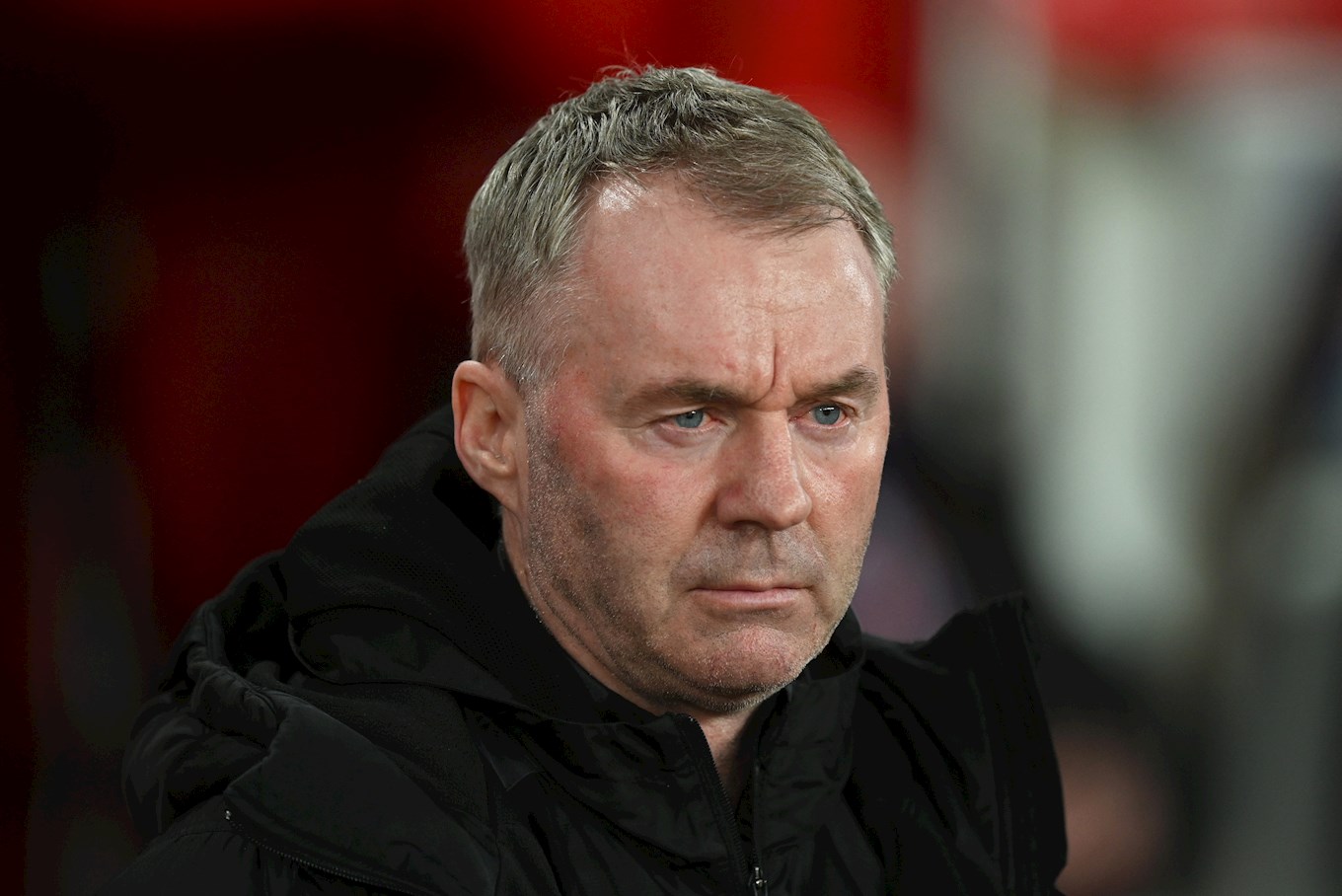 Swindon picked up their first win in four games on Saturday as they won 2-0 on the road at Fleetwood. It was a Scott Twine brace that helped John Sheridan’s side to victory on the weekend. The win helped Swindon jump up to 19th in the table, at the top of a mini-league of six teams separated by two points at the foot of the table.

The win at Highbury was Swindon’s first away win since January, with Robins losing out on the road at Accrington and Sunderland in recent weeks. 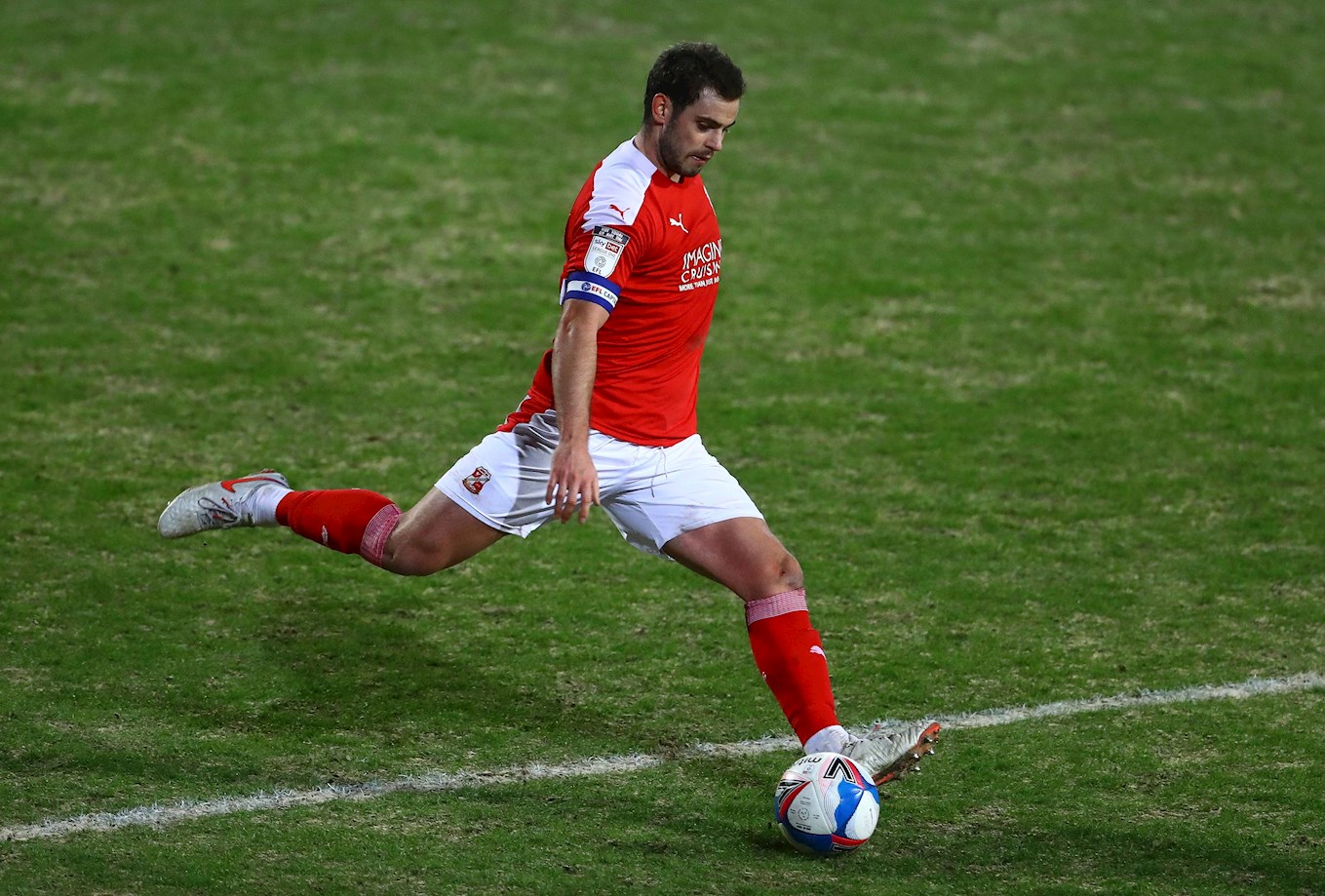 Swindon have picked up 12 points on the road this season, with three wins and three draws. They have scored 22 times on their travels and conceded 35 goals.

Hallum Hope has three goals this season away from the County Ground – a tally matched by Scott Twine and former Rovers player, Tyler Smith.

Swindon’s longest unbeaten run this season stretched three games back in February, where they beat Crewe at home, drew away at Lincoln and beat Northampton at the Country County – all in the space of 7 games.

John Sheridan’s side are yet to pick up back to back wins in the league this season.

Brett Pitman is Swindon’s leading goal scorer this season with eight league goals to his name. Pitman has scored twice this season away from home.

Rovers have 20 points from 17 league games at the Mem this term – ranking them 18th in the league for points picked up on home turf.

Rovers current streak of three home games unbeaten is their longest undefeated streak of the season at home.

Since Joey Barton took charge of the Gas in February – Rovers have picked up 7 points from 4 home games.

Brandon Hanlan has featured in all 17 Rovers home games this season – with 14 starts and 3 appearances from the bench.

Joey Barton has faced John Sheridan once before in the opposition dugout – with Barton’s Fleetwood side picking up a 1-0 win at the County Ground in December 2020. 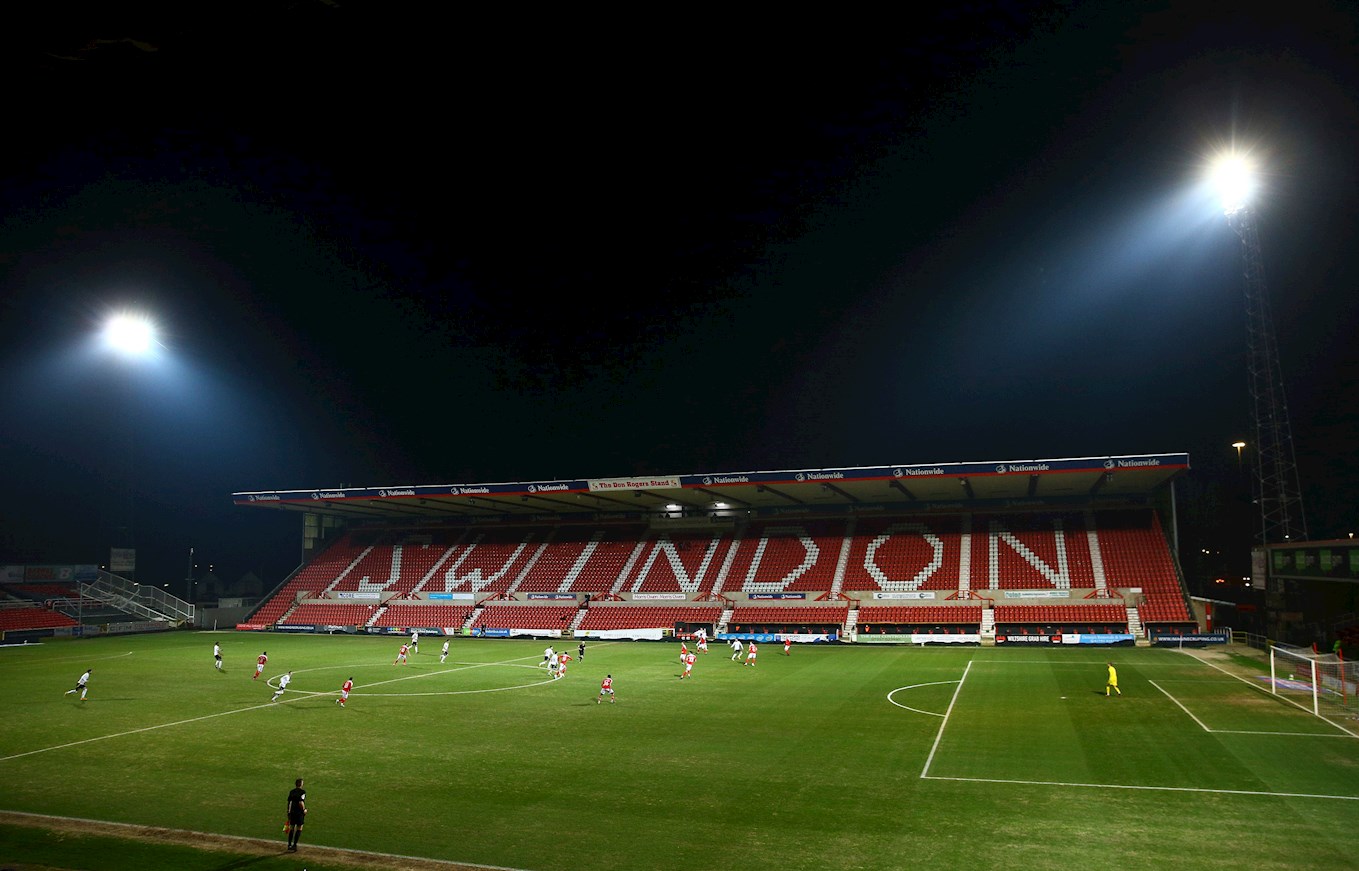 Jonathan Leighfield, Sports Reporter for the Swindon Advertiser, provides a synopsis of Swindon’s fortunes this season and looks ahead to tomorrow’s clash…

‘The easiest word to sum up this season for Swindon would be inconsistent. Ignoring results – which obviously have been disappointing – the performances have rarely followed a similar pattern from one game to the next. Manager John Sheridan experienced a small bounce when he took over as Town beat Rovers in a pretty poor game at the County Ground before Christmas, but since then the consistency that Town fans had hoped to see just hasn’t materialised.

'Recent results have been disappointing before Swindon shocked in-form Fleetwood with one of the club’s most complete performances of the season. There were very few faults at all in a brilliant away performance, and with six of the final 10 games coming on the road, Town will hope to continue their encouraging away form at the Memorial Stadium. With both sides being something of an unknown quantity, making a confident prediction is almost impossible. However, with Rovers’ home form being decent of late – combined with the inconsistency of Town I previously mentioned – I am leaning towards a 2-1 Bristol Rovers victory.'

Andy Woolmer is the man in charge of Tuesday’s encounter. Woolmer has officiated 26 times this season, handing out 76 yellow cards and one red card. The vastly experienced official last refereed Rovers in December 2019, taking charge of our 1-0 Emirates Cup win over Plymouth Argyle at Home Park. His last game at the Mem came in October 2018, where he was the referee for our 2-0 win over AFC Wimbledon. 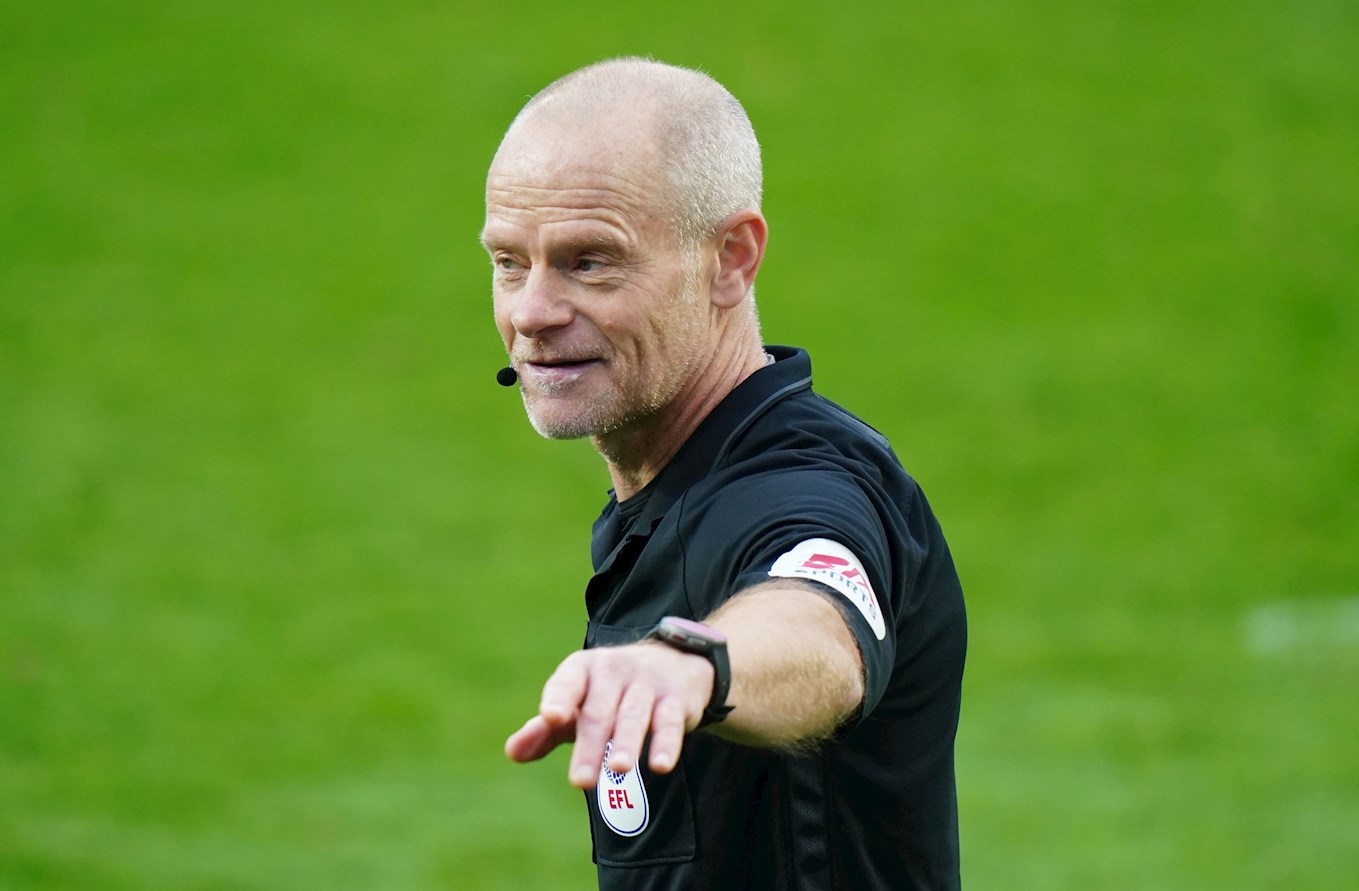 EFL sponsors Sky Bet have Rovers priced at 1/1 to win tomorrow’s clash, with the scoreline of 1-0 offered at 6/1.

Luke Leahy can be matched at 11/1 to open the scoring at the Mem tomorrow night, with Brandon Hanlan backed at 6/4 to be on the score sheet at any time.

Tuesday’s game is available to watch on iFollow. Click on the link below for a handy guide to the service.

When the two sides met earlier this season, it was Swindon who took the full three points on offer.

The encounter at the County Ground in late November was Paul Tisdale's first game in charge of the Gas. In an uneventful game, which looked destined to end goalless, Pitman's goal in the 75th minute gave John Sheridan's men victory.

Rovers' last encounter at the Mem against Swindon came back in November 2019, in the EFL Trophy. Rovers took the victory thanks to Mark Little's close-range finish in the second half. Catch highlights from that game below.

As this is a rearranged game, only four Sky Bet League One fixtures take place this midweek. The one game that will hold the attention of Rovers fans will be Northampton’s home encounter Oxford United. Northampton sit two places and a point below Rovers in the league standings. Burton make the relatively short trip to Shrewsbury on Tuesday, looking to recapture their good form after a blip at the weekend, while the other fixture sees Blackpool play host to Peterborough United.