Rovers will be looking to bounce back from Tuesday’s narrow defeat at the hands of Charlton at the Valley.

On the list of topics discussed was the morale of the squad heading into the final 11 games, an injury update and his pre-match thoughts on Saturday’s opponents.

Watch the interview with the Manager below…

Ryan Low caught up with Plymouth Argyle's media team ahead of the game, detailing how he sees the clash being played out, "I'm expecting a tough game, I know Joe, I knwo they're climbing the table and need points."

On changes since their 3-0 defeat to the Gas earlier in the campaign, Lowe said, "We're different from then, we've changed a little bit, we've got more desire and more commitment in us and we want to bring that to the party on Saturday afternoon too." 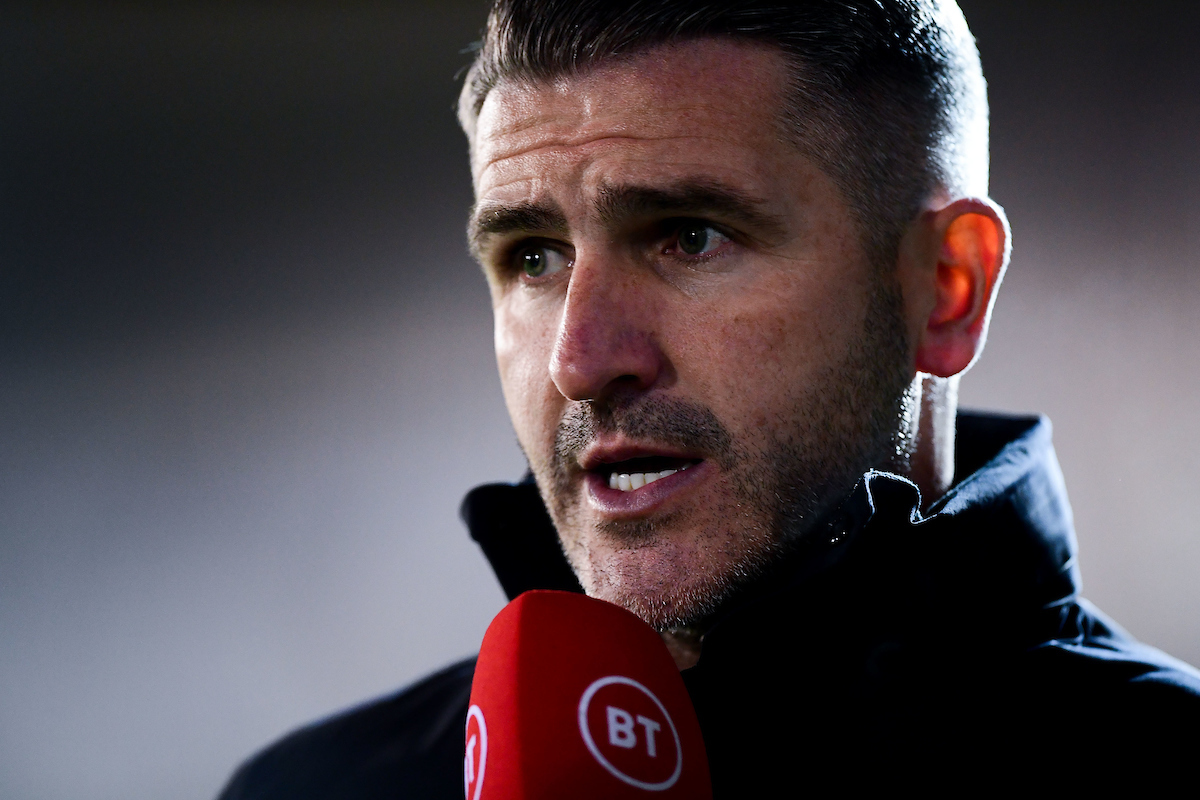 Plymouth head into Saturday’s on the back of five straight league defeats – with three wins coming in their last ten games.

The Pilgrims have been beaten by both Wigan and Northampton in recent weeks.

Four out of their last five games have been away from home.

21-year-old Luke Jephcott is the leading scorer this term for Ryan Lowe’s side, with 16 goals to his name. However, the Welsh forward last scored in the league back at the start of February, netting a brace in a 2-2 draw with Portsmouth.

At Home Park so far this season, Plymouth have registered 9 wins, four draws and 5 defeat, accumulating 31 points on home soil in the process.

In their last six home games, the Pilgrims have 2 victories, 2 draws and 2 losses.

The 27 goals Ryan Lowe’s side have scored at home rank them 7th in the competition for the home goals scored.

Rovers’ have 14 points on the road this season. Rovers have scored twice in game away from home on two occasions since the turn on the year (Crewe and Charlton) but failed to register points in both fixtures.

The Gas have scored from the penalty spot on three times this season away from home, v Sunderland (Luke Leahy), v Lincoln (Brandon Hanlan) and against Charlton (Luke Leahy).

Brandon Hanlan has recorded the most playing minutes of any Rovers player away from home, closely followed by Josh Grant.

Ed Upson’s long range strike at the Valley on Tuesday was Rovers’ 5th league goal this season from outside the penalty area.

Rovers boss Joey Barton has faced Ryan Lowe in the dugout on two occasions, both recording a win apiece.

Rovers have scored the first goal in the last five meetings with Plymouth. 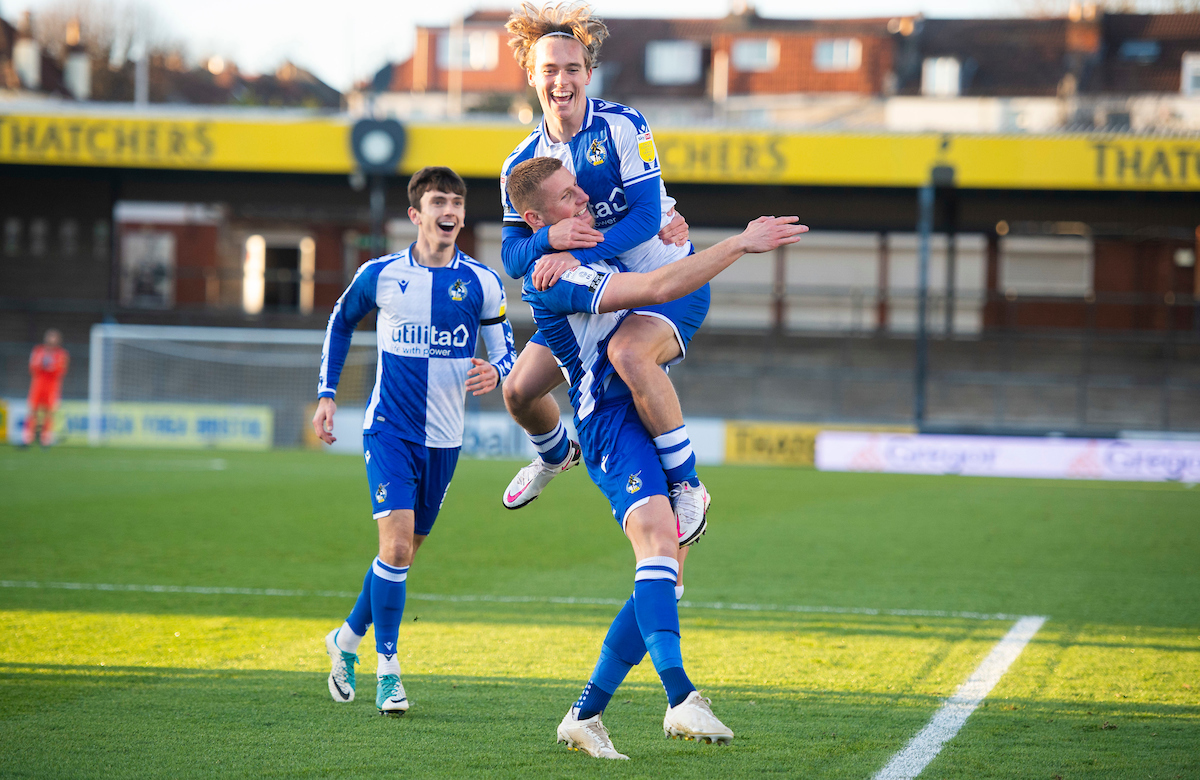 Trevor Kettle has been allocated as the match official for Saturday’s game at Home Park. Kettle has officiated 27 games this season, producing 72 yellow cards and 4 red cards. He took charge of our defeat away at Doncaster back in September and refereed Plymouth’s 4-4 draw on the road at AFC Wimbledon in the same the month. Kettle has the referee for our 3-0 win at Blackpool back in November 2018 and our 2-0 win at the Mem over Southend in March 2017.

EFL sponsors Sky Bet have Rovers priced at 13/8 to pick up three points on Saturday. The scoreline of 2-1 to the Gas is offered at 17/2. On the goal scorer markets, Sam Nicholson is priced at 12/5 to score at any time, with Brandon Hanlan offered at 9/2 to grab the games first goal.

Saturday’s game will be live on iFollow. All the need to know info on how to buy a match pass can be found below.

Encounters between the Gas and the Pilgrims are always lively affairs, which have been dubbed somewhat a derby, given that Rovers are one the closest league sides geographically to Plymouth.

The sides last met at the Mem in December, where the Gas recorded a 3-0 win thanks to goals from Alfie Kilgour, Zain Westbrooke and Luke McCormick.

Throughout the curtailed 2019/20 season, Rovers made three trips to Home Park. The Gas registered a 1-0 win in a pre-season friendly as Kyle Bennett grabbed the only goal of the game. In the EFL Trophy the game, the group-stage fixture ended 1-1, as Tom Nichols’ opening goal was canceeled out by former Rovers player, Byron Moore. The hoem side took the bonus point on offer with a 5-3 win the penalty shootout. The final trip to Home Park that season, was a Emirates FA Cup replay that was settled thanks to Alex Rodman’s well-placed header. The game also saw Anssi Jaakkola produce a stunning diving save.

Our trip to Home Park back in March 2019 will hold memories for Rovers fans. Rúben Lameiras opened the scoring in the second half for the home side, only for the goal to the cancelled out by a fine individual strike from Jonson Clarke-Harris in the 72nd minute. Moments later, a Tony Craig own goal fired the home side and they held until the 91st minute, as Gavin Reilly climbed to head home James Clarke’s cross to level the score at 2-2.

Catch the encounter below…

There’s a full run of Sky Bet League One action this weekend. The games that wil spike the interest of Rovers fans will be Swindon Town’s trip to Fleetwood and AFC Wimbledon’s home game against Charlton Athletic. Northampton entertain Crewe Alexandra, while Wigan make the short trip to Accrington Stanley. Burton will look to continue their fine form when they play host to MK Dons. There’s a sixeabel clash at the top end of the table as Lincoln travel to Sunderland and Portsmouth’s game at home to Ipswich is the league’s early KO.