Rovers are back in action this Friday, with a trip to Portman Road to face Ipswich Town.

Over the Easter weekend, Rovers play twice in four days, meaning crucial points are on offer in the bid to climb out of the bottom four in the table.

Ipswich will be vying for the points to keep afloat their push for the playoffs, with Friday’s hosts just two points off 6th place Blackpool.

Joey Barton conducted his pre-match press duties on Thursday morning. On the topics were the benefits to having an uninterrupted week on the training ground, the latest injury news and his thoughts on Friday's opponents.

The Town boss talked about what he expects from Rovers in Friday's encounter, "Bristol Rovers will be scrapping for points and they need them just as much as we do. I know Joey well and he did a really good job with Fleetwood. He will have his thoughts on the game tomorrow and we have to be ready." 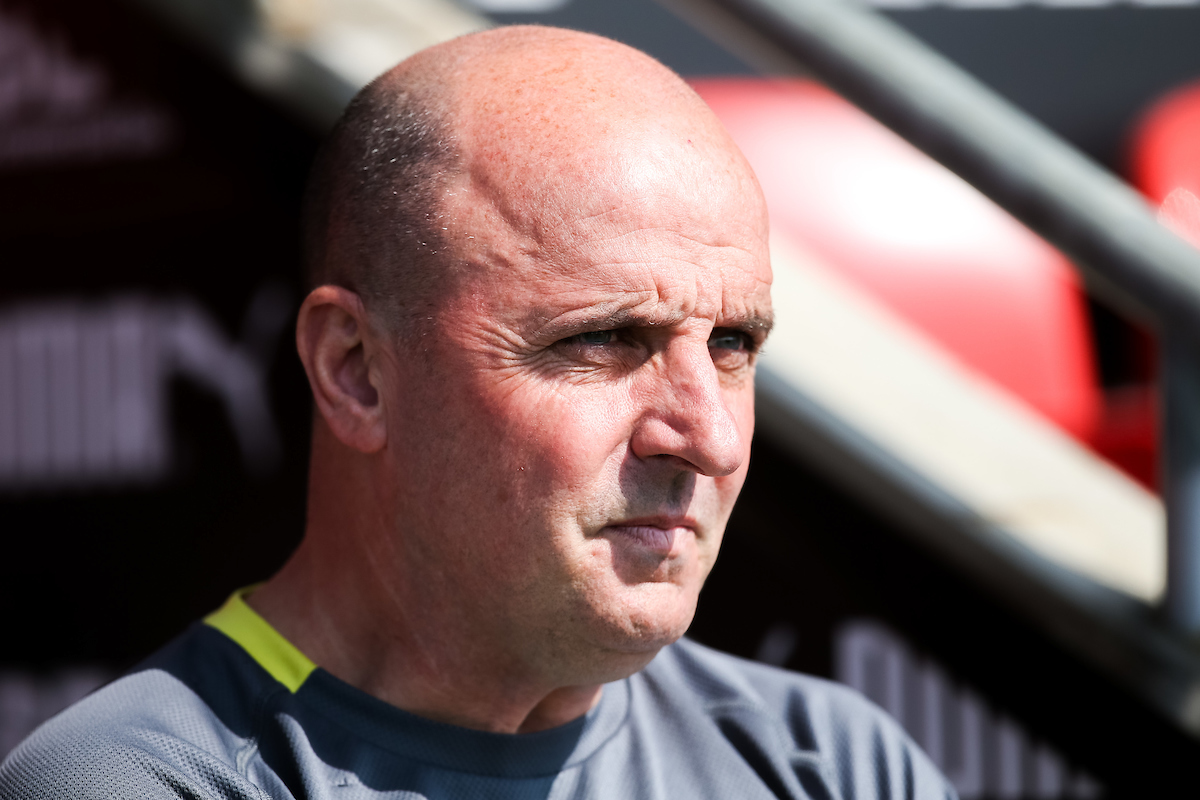 Ipswich form over the past 10 games can be described as mixed, with four wins, three draws and three defeats.

Last weekend, the Tractor Boys drew 0-0 with Paul Cook’s former side, Wigan and in recent games recorded back-to-back defeats against Fleetwood and Portsmouth away from home.

Ipswich’s last defeat at home came back in January, as Sunderland took all three points at Portman Road in a game where the Tractor Boys were reduced to ten men following the dismissal of Kayden Jackson in the opening ten minutes.

Friday’s hosts are ranked 20th in the competition for goals scored this season, with 39 goals scored in their 36 games played so far this term. The goals are fairly equally distributed amongst the squad, with James Norwood leading the scoring charts with 6 goals to his name so far this season.

Ipswich’s home form has seen them pick up 33 points on home soil this season, a tally that is only bettered by Plymouth, Hull, Doncaster and Peterborough. In light of the points tally, Paul Cook’s side have only scored 20 times at home.

In the seven games since Paul Cook was installed as Manager, Ipswich have recorded 8 points, 2 wins, 2 draws and 3 defeats.

Alan Judge is Ipswich’s standout performer at Portman Road this season, with the playmaker contributing three goals and three assists across 19 home fixtures.

Rovers are without a clean sheet in four games against Ipswich heading in Friday’s contest.

Brandon Hanlan has four goals this season away from the Mem, with both Luke Leahy and Zain Westbrooke contributing two assists on the Gas’ travels this season. 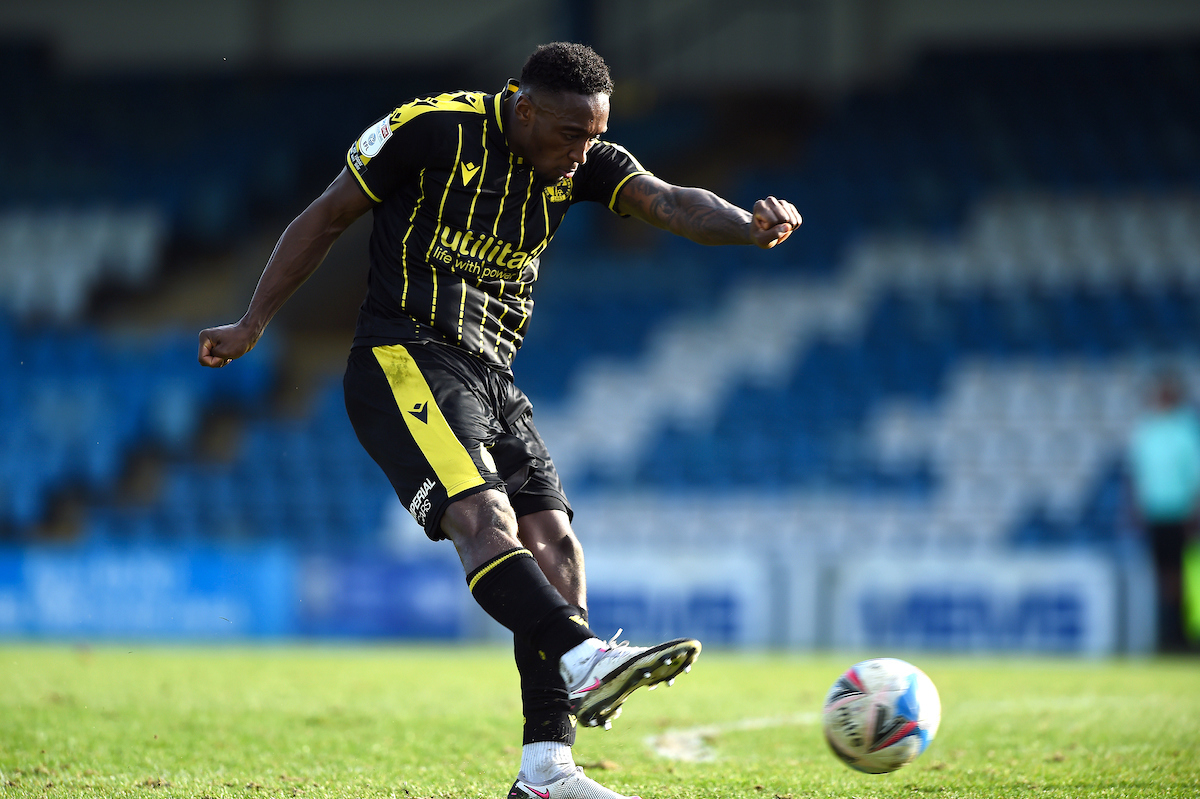 Stephen Martin is the man in charge of Friday’s encounter. His record this season is 57 yellow cards and three red cards, in the 26 games he has officiated. Two of those dismissals game in the same game, Brentford’s win over Luton back in January. Martin refereed our 1-1 draw with Wigan at the Mem back in April 2018 and was in charge of our 1-1 draw at Rochdale earlier this season.

EFL sponsors Sky Bet have Rovers priced at 1/1 to win tomorrow’s clash, with the scoreline of 1-0 offered at 6/1.

Luke Leahy can be matched at 11/1 to open the scoring at the Mem tomorrow night, with Brandon Hanlan backed at 6/4 to be on the scoresheet at any time.

Friday’s game will be broadcast live on iFollow. Check out the details on how to grab your pass below...

Rovers have faced Ipswich Town twice this season, with both encounter taking place all the way back in September.

Rovers started the current season at Portman Road in the Carabao

Rovers fans will remember our 2-1 in at Portman Road back in December 2014, in what was Graham Coughlan’s last game in charge of the Gas. Rovers went ahead early on thanks to a Tyler Smith goal and quickly doubled their lead on the 20-minute mark when Tom Nichols grabbed Rovers’ second. Ipswich pulled a goal back in the first-half through James Norwood. Ollie Clarke was dismissed in the closing stages, as Rovers held on to three points. Watch the highlights of that game below…

With a busy schedule of fixtures over the Easter weekend, Rovers fans will have a keen interest in the fortunes of Northampton Town, Wigan and AFC Wimbledon over the coming days. On Friday, Northampton host Shrewsbury, while AFC Wimbledon make the cross country trip to Plymouth Argyle. Wigan lost out to Gillingham on Wednesday. At the top of the table, Lincoln entertain MK Dons at home, Peterborough make the trip to Fleetwood and Sunderland are at home to Oxford United.