Upson discussed his immediate feelings following the full-time whistle at the Valley, saying, "Gutting is the word to use, really really gutted."

"It's very easy in this moment of time to be negative but we have to stick together and keep plugging away because we're in this together and there are a few more games to go and we have plenty to do."

The 31-year-old reiterated a mantra of continued togetherness throughout his chat with the media, stressing the importance of a positive mindset in this end of season run-in.

Goalscorer on the evening, Upson had the chance to talk the media through his strike from distance against the Addicks.

"Yeah I just struck it and it was one of there where the ball wobbled and last minute just swerved away from him which was nice. I don't take any joy from scoring a goal when we've lost a game." 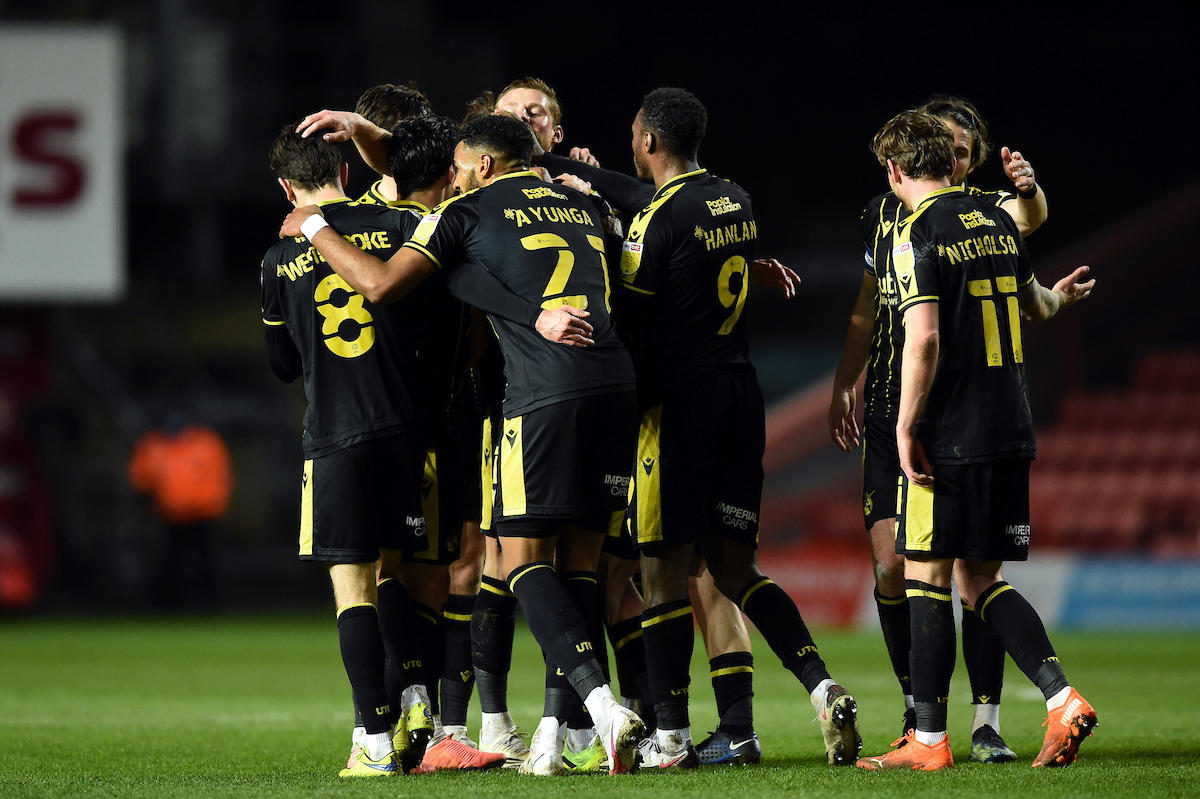 Ultimately, the game began slipping away from Rovers following Upson's strike, with the Addicks firing a response past Day shortly after before notching an equalizer ahead of the break.

"I don't think their goals should be the turning point because we should be carrying on doing what we're doing, we were fairly comfortable in the game up to that point. Maybe some nerves set in and maybe we sat back a little too much but that result is tough to take because being in such a good position it's very disappointing"

Rovers are back on the road on Saturday, with a trip to mid-table Plymouth Argyle next up for Barton’s men. The Gas form part of a six-team 'mini league' at the foot of the table, with Upson asked if he thinks the relegation scrap will go to the wire.

"I hope it doesn't but if it does then we'll be 100% prepared for that and give it everything we've got and hopefully that'll be enough. We've got some good players here and can stay out of it but we have to stay positive, stick together and we can do it."