All the key info ahead of Saturday's fixture at the Mem!

Rovers are back at home at the Mem on Saturday, looking to build on Tuesday’s impressive win over Accrington Stanley.

Four goals from four different goal scorers capped off an imposing display from Barton’s side, who climbed out of the bottom four with the win over John Coleman's team.

This weekend, AFC Wimbledon head to BS7, with the Gas looking to make it three home wins in a row.

Read through the full pre-match guide below!

Assistant Manager Clint Hill spoke to the local press on Friday to offer his pre-match thoughts heading into Saturday’s game.

On the agenda in the pre-match press call was building momentum from Tuesday’s win, an injury update and how he’s settling into life at the Mem.

Watch the interview below.

AFC Wimbledon are without a win in their last four games, a run of form that has seen them slip into the bottom four.

Ahead of Saturday’s trip to BS7, Mark Robinson realyed to afcwimbledon.co.uk the details of a post-match debrief with his players after Tuesday's defeat to Burton that lasted until midnight at Plough Lane.

Robinson also gave a fitness update on his squad saying, “We are looking okay. There are a couple of little niggles here and there, but the main one is Ethan (Chislett) and Saturday is likely to come too soon for him. He was out training today, but we just have to see how he reacts. If he is not ready for Saturday he will be ready for Tuesday." 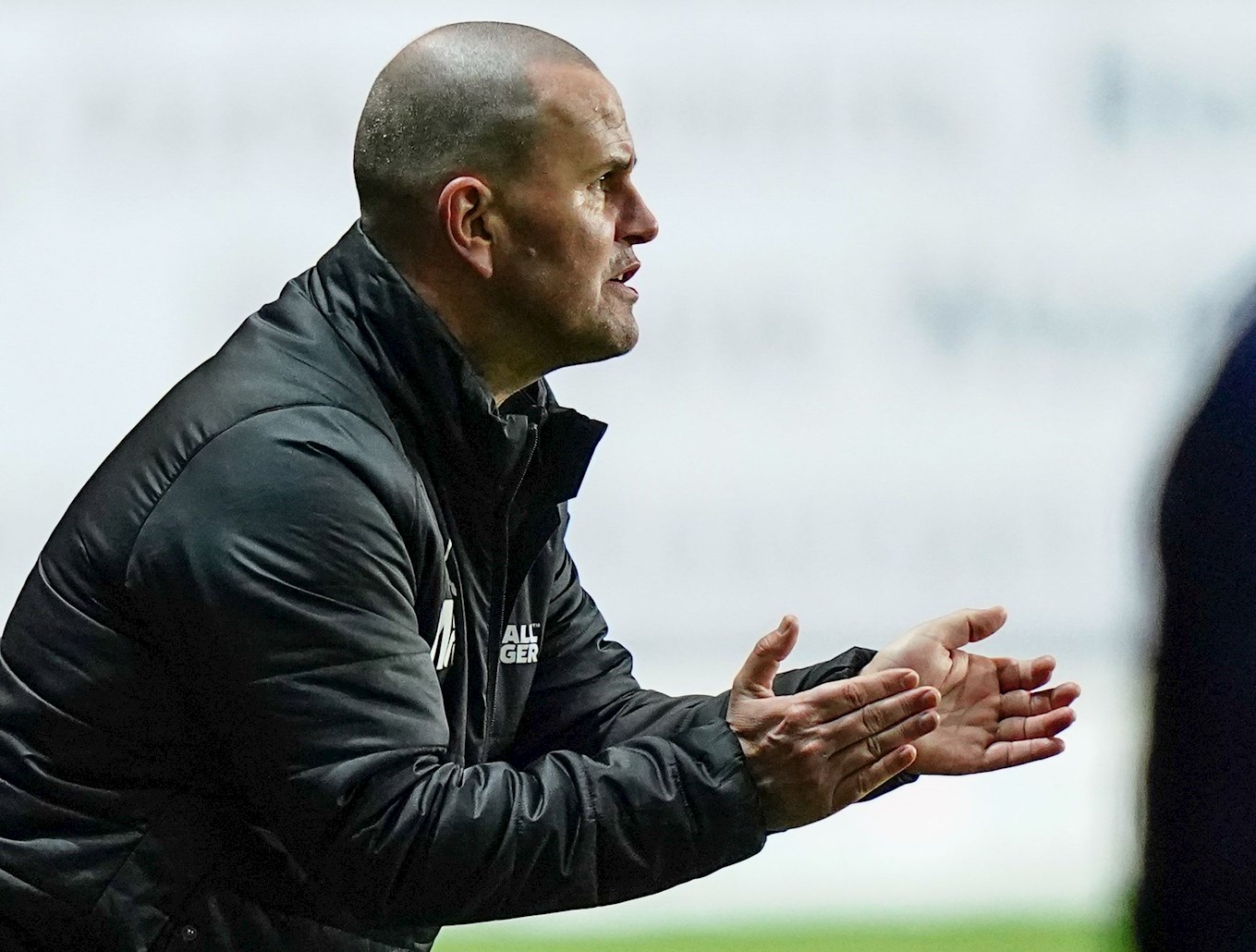 The Dons have two wins out of their last ten outings in all competitions, beating both Gillingham and Wigan over the past month. Tuesday’s defeat at Plough Lane saw Mark Robinson’s side slip to 23rd in the league, with a three-point gap between themselves and Wigan in 20th place.

Joe Pigott is the Dons leading goal scorer in Sky Bet League One, with 15 goals to his name so far in this campaign. Seven of those goals have come away from Plough Lane, with a two-goal brace coming during the Wombles win away at Wigan at the beginning of February.

Away from home this term, AFC Wimbledon have scored 17 goals in 18 outings – picking 19 points so far this season on their travels. In their last six away games, the Dons have won once, drawn three and lost twice.

Rovers head into Saturday on the hunt for a third successive home win, an achievement last recorded back in March 2017. Defender Luke Leahy, who scored the first goal during Tuesday’s win over Accrington, is Rovers’ top scorer at home this season, with a tally of four league goals at the Mem.

The Gas have a total of 19 points at home so far this season, scoring 21 goals at the Mem. 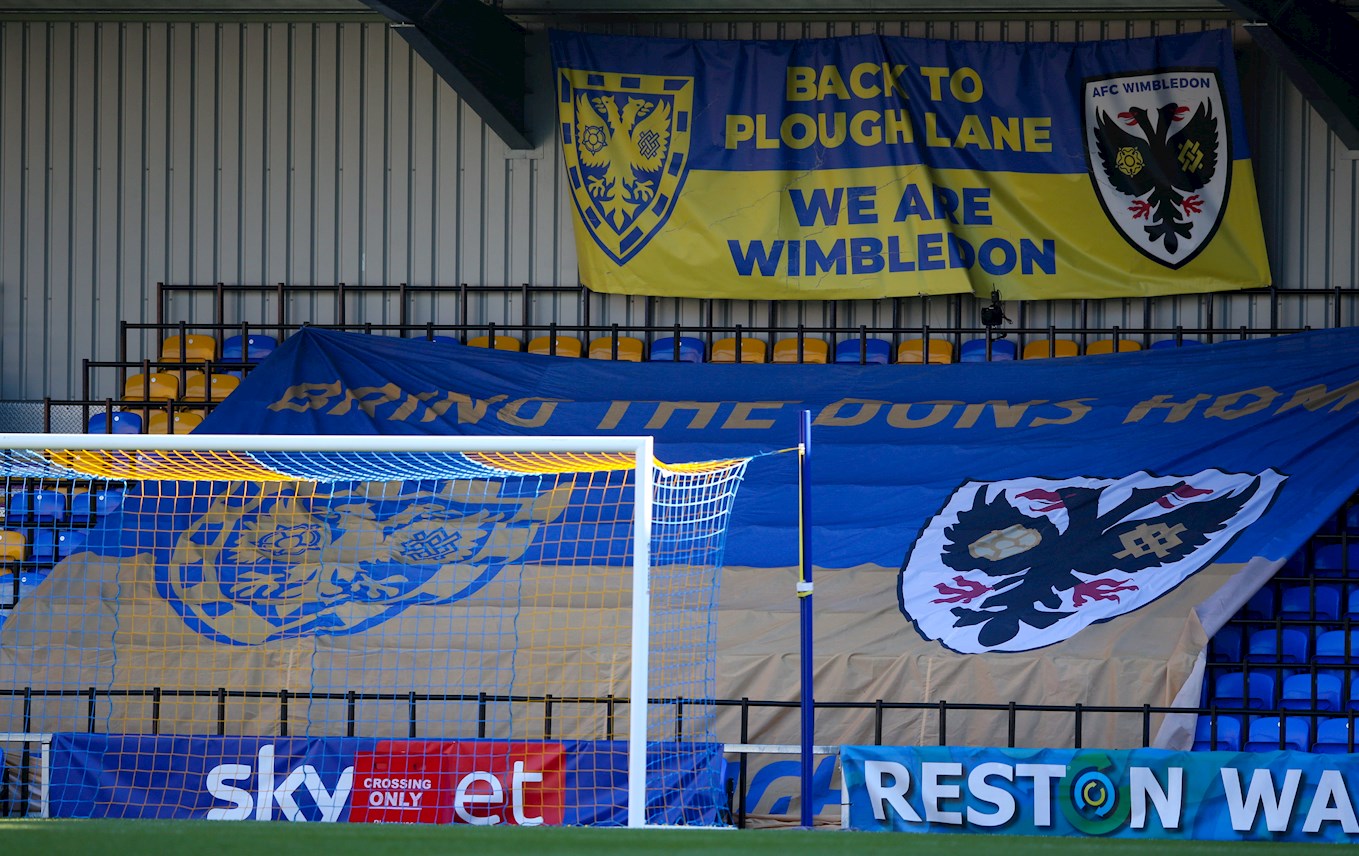 Samuel Barrott is the man in the middle for Saturday’s encounter. Barrott was promoted to the EFL circuit this season and has handed out 58 yellow cards and 4 red cards in his 23 games so far this campaign. Saturday’s game will be his first time officiating Rovers. He was in charge of AFC Wimbledon’s 1-1 draw at Burton back in October.

EFL sponsors Sky Bet have Rovers priced at 7/1 to record a 1-0 win on Saturday. Brandon Hanlan can be backed at 4/1 in the first goalscorer market, while Luke Leahy is offered at 4/1 to be on the scoresheet at any time on Saturday.

The two sides have already met twice this season, with Rovers winning an entertaining trip to Plough Lane back in December before the Dons took a narrow win at the Mem in the knockout stages of the EFL Trophy.

Both teams have found the net in four of the last five of the encounters between the two sides.

The encounter in South London in December was action-packed, with both Brandon Hanlan and Sam Nicholson grabbing two goals apiece. Watch back on that encounter below...

Three games worth your attention this weekend involve the likes of Burton, Northampton and Swindon, who are all packed tightly alongside Rovers in the league standings. Burton head to Crewe on Saturday, while Northampton travel to South Yorkshire to face Doncaster Rovers. Swindon are in action with an early 1pm kick-off against Gillingham at the County Ground. Top of the table Hull City host Oxford United, with 3rd place Lincoln City entertain Rochdale. Shrewsbury head to Charlton on Saturday, with the Gas’s midweek opponents, Accrington on the road at MK Dons. To view the league table, click HERE