In the space of a few weeks, Ward made his debut, turned 18, then trained with England - he now reflects on a pivotal month in his career...

Goalkeeper Jed Ward had flirted with the prospect of a first-team debut at just 17 earlier on in the season, with a trip to Plymouth Argyle back in March 2021 his first time travelling with the first-team.

Ward was then tipped for a debut on home turf against Crewe Alexandra, but a few last-minute injuries to first-team players saw Manager Joey Barton opt for the more experienced Joe Day, not wanting to give Ward a baptism of fire in what could've been a hectic affair.

The wait ended on the 9th May, away on the north-west coast against Blackpool. Despite a 1-0 defeat, Ward looks back with pride on what was a special day, with the youngster making a handful of top stops in the game and impressing the Rovers faithful watching on at home.

"The day went so fast but I wouldn't have it any other way, coming through the academy at the age of eight, with all the help from the staff I got, it was an unreal feeling, I hope it was for all the people who've supported me as well and got me to where I am now.

"The support and messages I got on the day helped me realise that I'm making people proud."

The debut appearance has sparked a growing desire for more action, "looking back at it now I just want to do it more, I want to go out there and do it again and get as many games as I can under my belt. "

From there, the good times kept coming for Ward, as his 18th birthday rolled around on the 20th May, conveniently, three days after Boris Johnson had lifted many restrictions on leisure and entertainment venues up and down the country. Despite this, Ward had the small matter of a call-up to an England Under 19 camp to consider when plotting his birthday celebrations.

The camp itself served as recognition of Ward's pedigree, and the potential he has as a recent 18-year-old. The experience, like the Blackpool game, was something that left Ward only wanting more.

"I was a brilliant experience - Some of the players there were just incredible, some of the coaching and the meetings, the facilities, it was absolutely brilliant and I'm dying to do it again."

In the mix for the camp were a number of Premier League talents, some of which, like Ward, already had first-team appearances on their CV. Players like Will Fish, Dane Scarlett and Daniel Jebbison had all recently made Premier League debuts for Manchester United, Tottenham Hotspur and Sheffield United respectively, but Ward was determined to remain undaunted by the big clubs his England colleagues were attached to.

"I think it's very easy for someone to go there and think 'wow these players are brilliant' and sit back and not do as well as you should.

"I went there with an open mind and thought these players are just as good as me or I wouldn't have been there. I just did what I'd do in normal training and tried to impress and I got good feedback.

"I wouldn't be there if they didn't think I had something. I was going there to prove that there are people like me and in my league, from lower down divisions that can do as well as these other players that have come from the Premier League."

With England duty now done and dusted, and a memorable month of May now behind him, Ward reflected on the advice Joey Barton offered as the club moved into the 2021/22 campaign, and how his promising first appearance "creates a question mark in people's minds" ahead of the next season.

"People think, 'maybe he can go on and play more games, maybe he can play in the cup, he can do more.'

"When I come back in for the next season I'll have a point to prove." 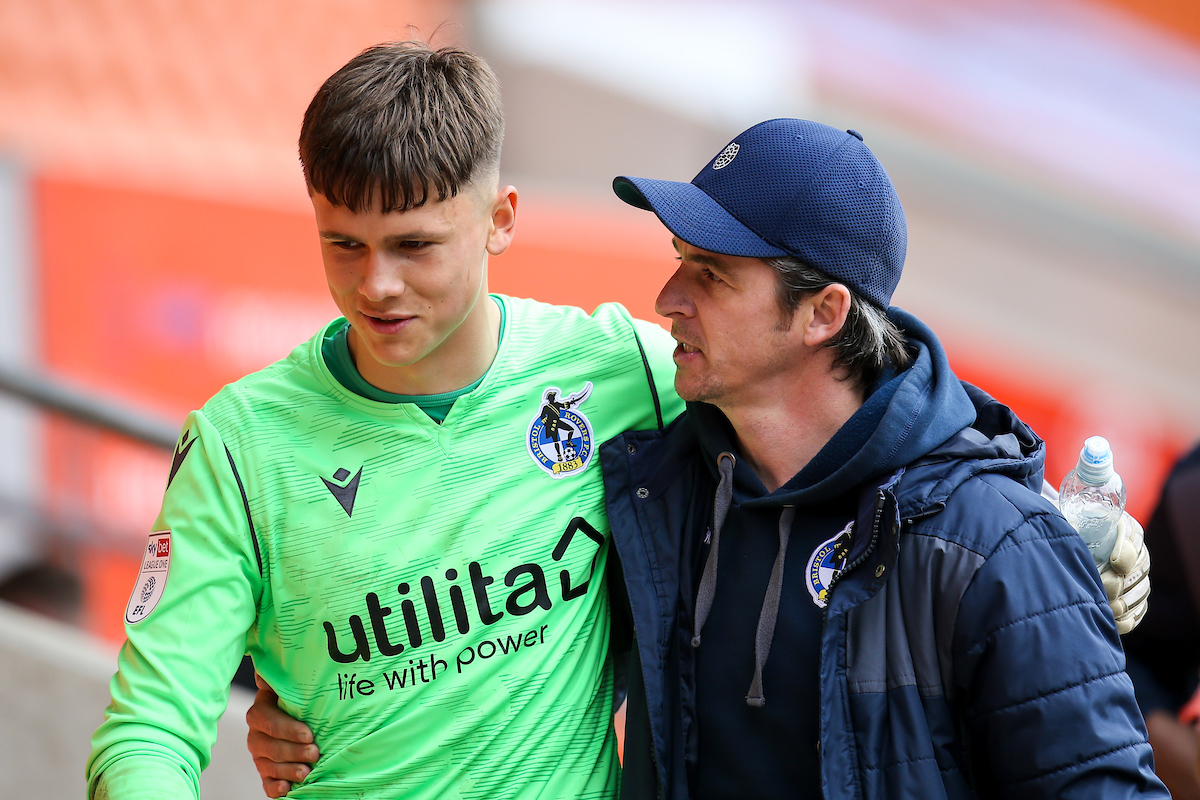 With that, the work is already underway to prepare Ward for his return to pre-season, where Barton has already promised an intense warm-up ahead of 2021/22.

"I haven't really stopped to be honest, as soon as the season finished I went on the England camp pretty much, but now I'm back I've been doing one to ones with one of my coaches to keep ticking over.

"I could've had a couple of weeks off and started again and tried to learn everything again, but to keep things short and sharp and doing sessions regularly will keep me in the same flow as when I ended last season."

The approach to 'time-off' over summer bears plenty of similarities to Anssi Jaakkola's approach in May when discussing the weeks ahead of the upcoming Finland Euro 2020 campaign.

"Psychologically for me, it's important to know that when other players, other 'keepers, are on their holidays doing no work, I'm there grafting, being dedicated to my craft."

It seems the Rovers 'keeper of the present, and perhaps their one for the future, are cut from the same cloth.