Rovers defeated at the Kassam Stadium.

Former Rovers striker Matty Taylor scored a goal in each half to give Oxford United the three points.

The forward opened the scoring with a close-range finish in the first-half, doubling his tally in the closing 45 minutes with a chipped finish when played in one-on-one with against Joe Day.

Brandon Hanlan had a goal bound effort stopped by an impressive save from Stevens, as the Gas couldn’t mount a comeback to threaten Oxford’s grip on the game. 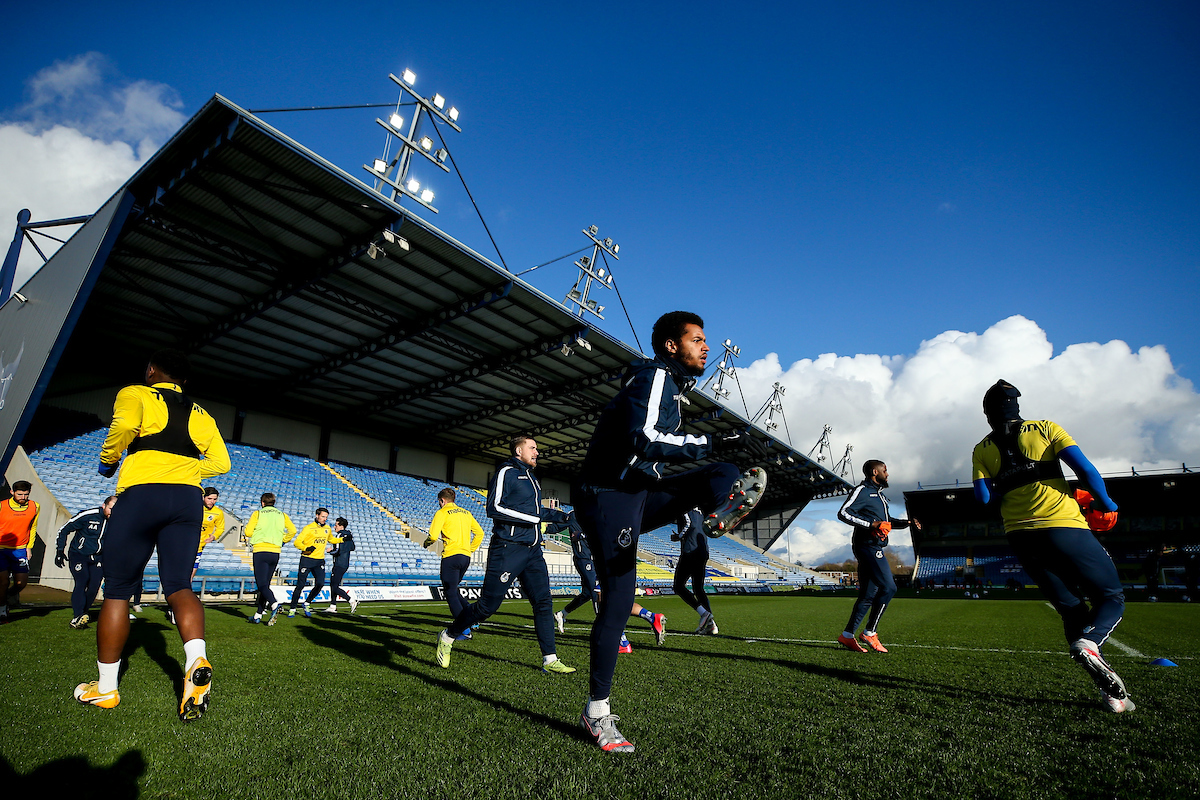 Ahead of kick-off, Rovers Manager Paul Tisdale opted to include just the one change to his starting eleven.

The single alteration to the team sheet saw the switch between Ed Upson and Abu Ogogo, with Ogogo making his first Rovers start since February 2020.

New arrival George Williams was listed on the bench, alongside attacking options in the shape of Alex Rodman, Jonah Ayunga and Josh Barrett. 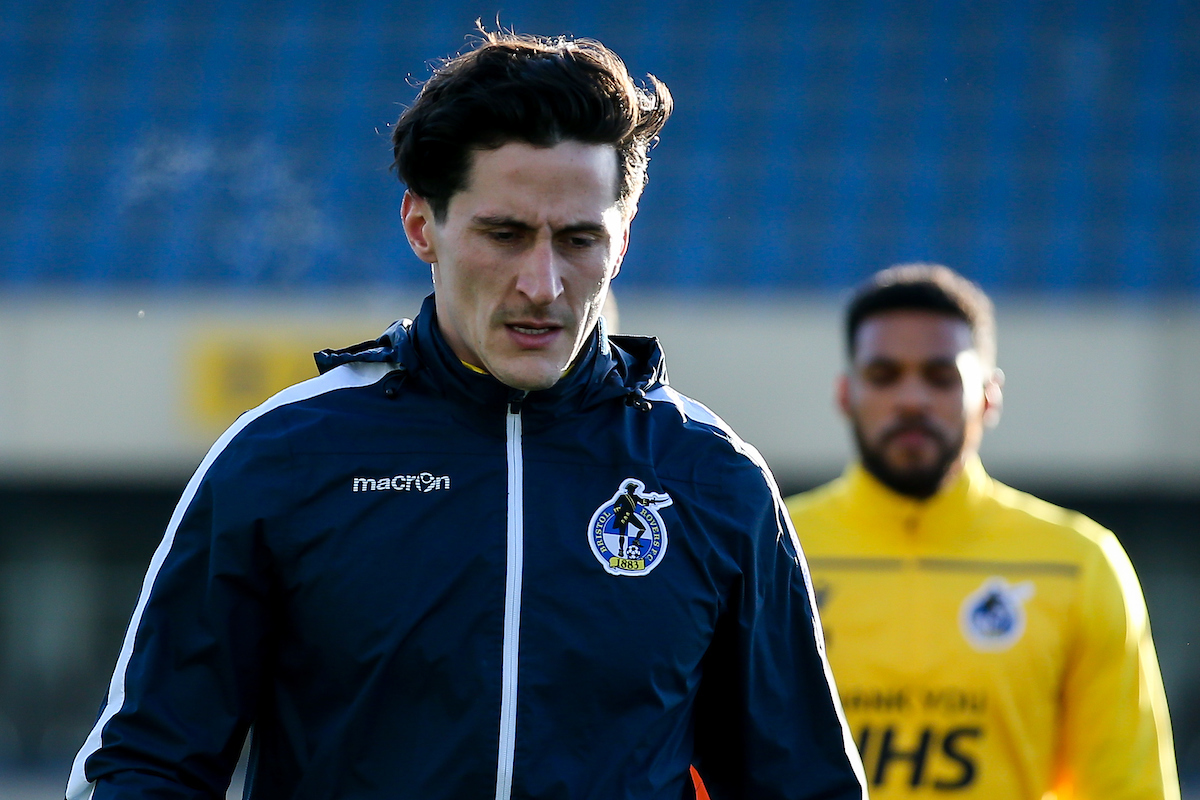 Oxford themselves only made one change, as Liam Kelly returned to Karl Robinson’s starting XI, with Anthony Forde the player to make way. Rovers fans would have noticed Matty Taylor lining up for the home side.

Rovers were looking to make it seven league wins on the spin at the Kassam Stadium, a stadium that had certainly been a happy hunting ground in recent years, with Gasheads holding fond memories of an away day that sees thousands of Rovers fans descend on the away end at the Kassam.

The Gas had already ventured to Oxford this season, playing out a 1-1 draw in the EFL Trophy. That night, a Tom Mehew goal put Rovers ahead before the youngster's effort was cancelled out in the 89th minute by a Derick Osei strike.

Saturday’s opponents were enjoying an extended winning streak that stretched to five games in all competitions. Karl Robinson’s side schedule had been interrupted by both Covid and inclement weather in recent weeks, with Saturday’s game being just their third match of 2021, with Oxford playing three games less than Rovers since the turn of the year.

As the opening stages of the encounter played out, Rovers enjoyed a bright start to the contest. A prompt chance presented itself when Max Ehmer exploited room down the right and rolled a pass to Westbrooke, who saw his low effort blocked inside the Oxford area. 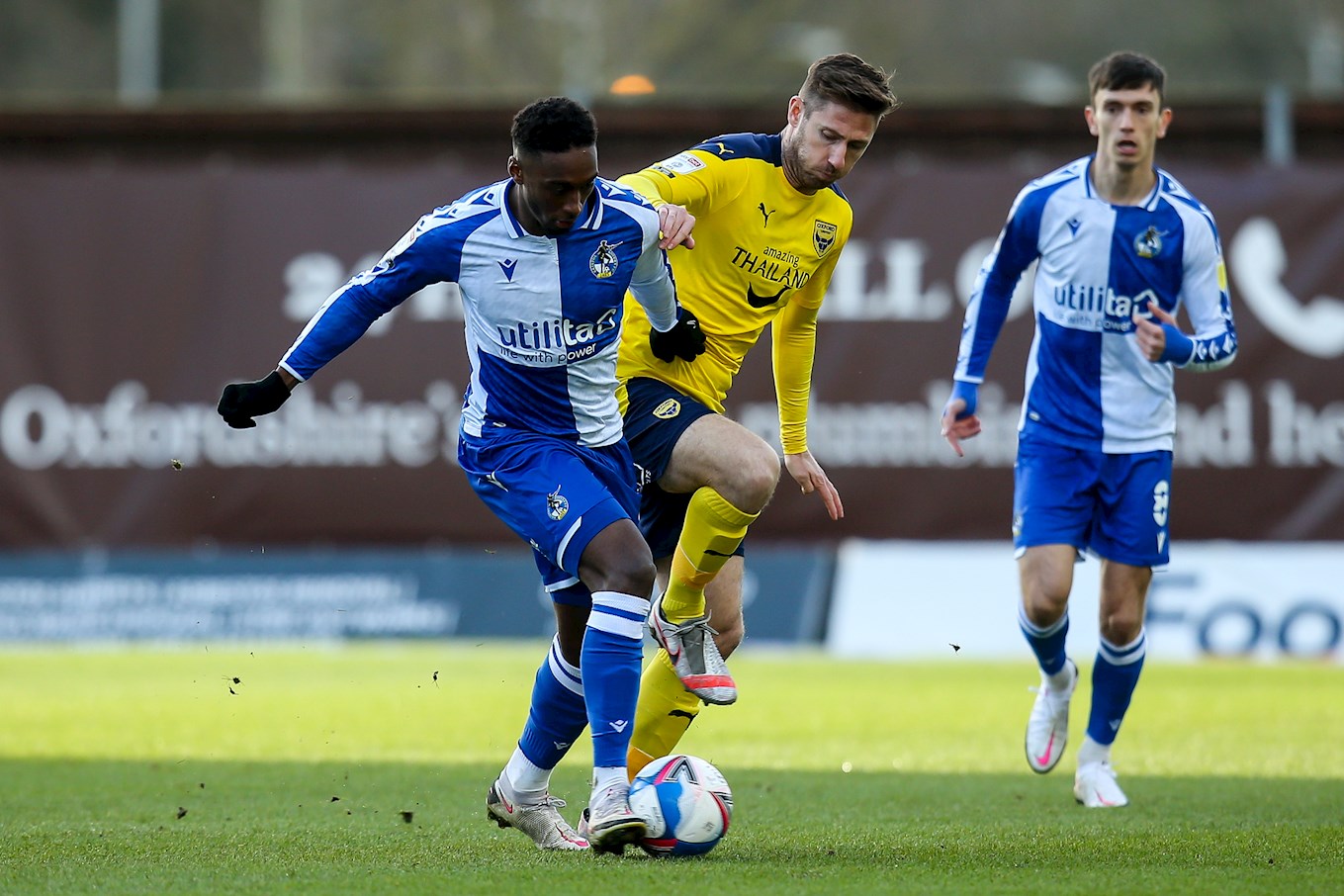 At the other end, the home side looked to register an early opportunity on goal, with Taylor twisting and turning on the edge of Rovers box. The striker was able to gain an ounce of space to rush an attempt towards the goal that Kilgour did well to track and deflect clear.

The home side were forced into making an early change, as McGuane was forced to withdraw from the game due to injury, with the midfielder stretchered off and replaced by Brannagan.

Substitute Brannagan had Oxford’s first threatening opening midway through the first half. The midfielder was played the ball to his feet by James Henry, advancing into the Rovers area before placing a finish beyond the upright and just passed the side-netting, with Day left untroubled by the attempt.

The deadlock was broken just as the half-hour mark passed, as Henry’s corner from the right was nodded across goal by Atkinson and then flicked into the mix by Elliot Moore, where Taylor was present to poke home a poachers finish.

With a one-goal lead, the home side enjoyed the momentum off the back of Taylor’s opening goal. A sweeping cross from the left from Ruffels swung out of the reach of both Taylor and Henry, with the duo narrowly missing the opportunity to provide a close-range finish, as Oxford held the slim lead at the halfway stage. 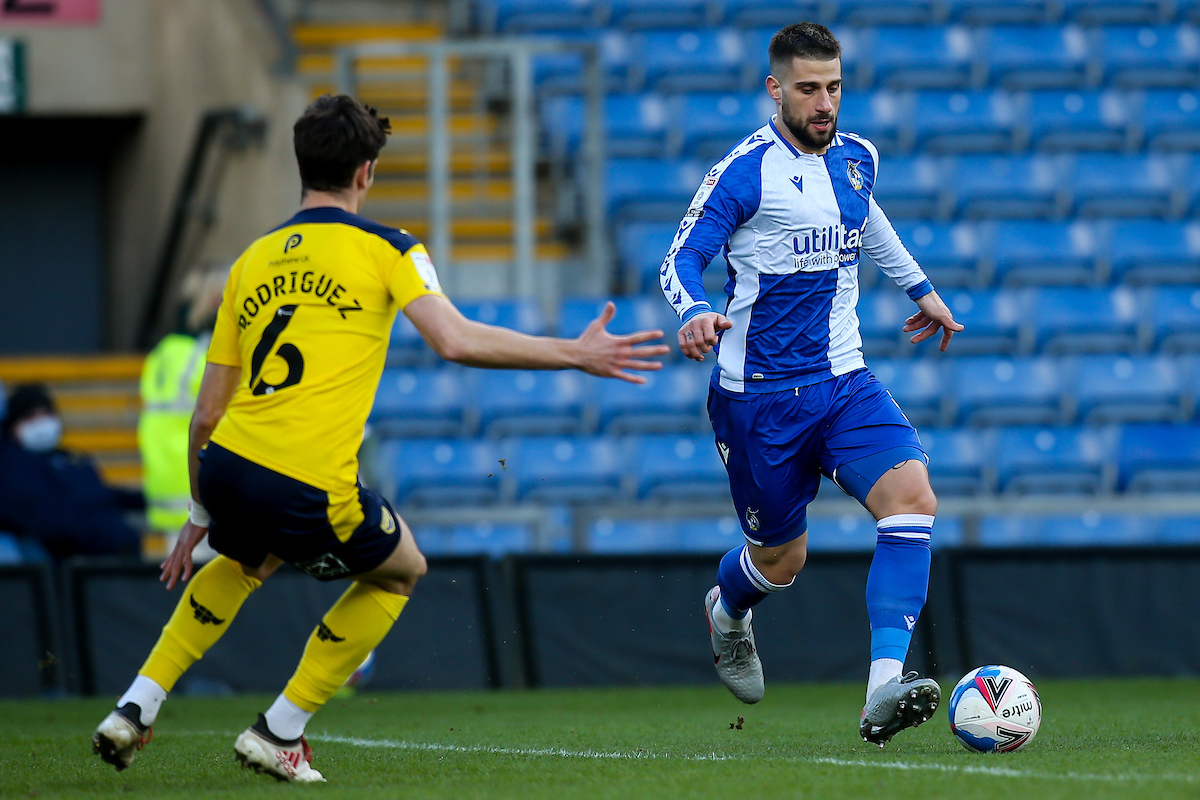 Like they did in midweek against Crewe, Rovers started the final 45 minutes with the determination to get back into the match. McCormick looked busy and swooped to the byline to clip a threatening cross to the far post that carried too much height for Westbrooke to attack on his unmarked run into the Oxford area.

Oxford still carried a threat and enjoyed more chances from corners, as their tally for the game reached eight inside the first ten minutes of the second half. From a corner out on the right, a low pass was squared to Kelly, who stuck a forceful effort into the congested area that took a heavy deflection to transport the effort wide.

Rovers were enjoying more attacking play in the second half, as Tisdale’s men increasing the urgency in search of an equalising goal. Outstanding work by Hanlan saw the striker muscle his way into the Oxford area from deep and he had the vision to pick out unmarked Ehmer storming into the area, with the skipper looping a volley over the target when arriving at the delivery slightly off balance.

On the hour mark, there was a prolonged break in the game as the linesman was replaced due to injury, giving both sets of players the chance to head to the touchline to take on water and instructions from the technical area.

Whilst the officials readied themselves for the game’s restart, Rovers made a double change, as George Williams and Jonah Ayunga were introduced, with Ogogo and McCormick making way. 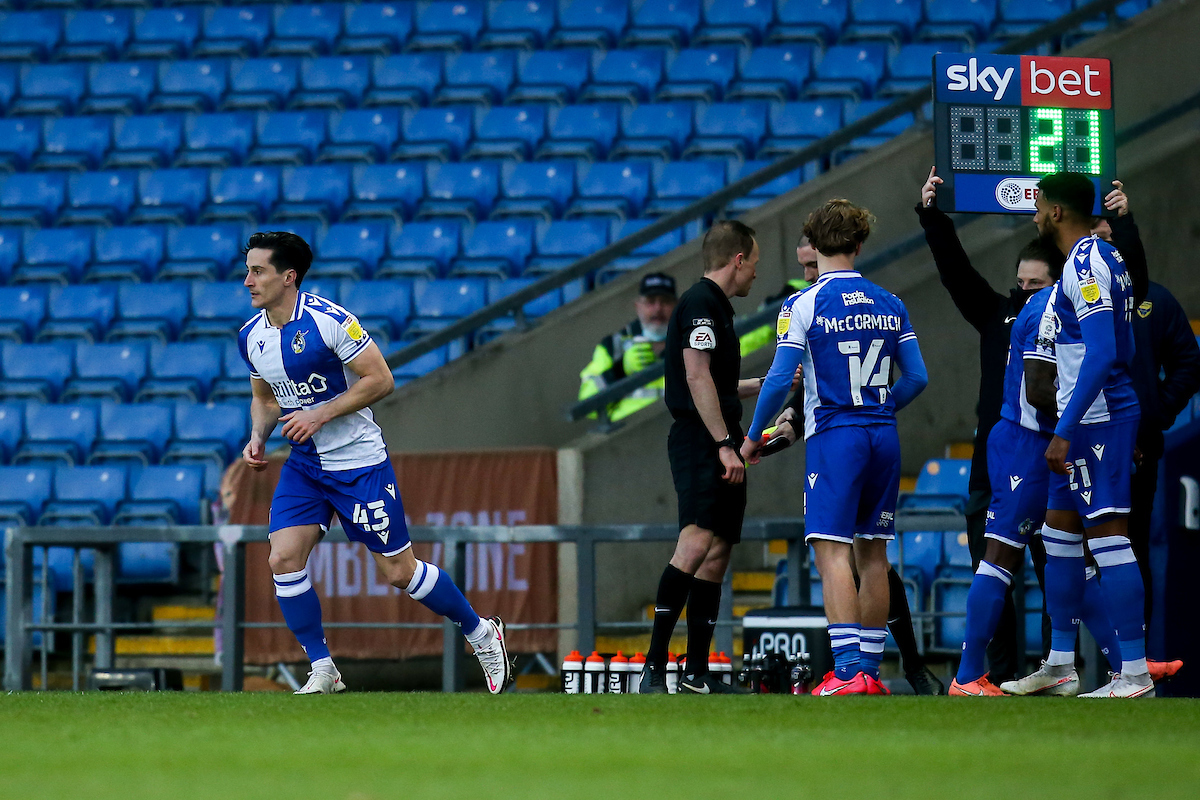 The home side doubled their lead with a little over 15 minutes remaining. A ball over the top from Ruffels found the run of Taylor in behind the Rovers backline. The forward looked suspiciously close to being offside, but took down the high ball and kept composed to lift a chip over the onrushing Day to add his second goal of the game.

Faced with a two-goal deficit, Rovers needed to find a quick route back into the game. It looked like that chance would come when Hanlan fashioned a superb strike from wide out on the left, with the striker’s effort met by an equally impressive save from Stevens to tip the attempt wide.

In the ten minutes of added time allocated, Rovers had a late chance as Ehmer's cross found Hanlan, but the forward couldn't dispatch a close-range finish to dent Oxford’s lead to spark a late comeback.

Rovers face a third away fixture in a row on Tuesday evening, as they travel to Peterborough United.