The Gas end a streak of home games with defeat to Charlton Athletic...

A handful of half chances for the Gas in the early stages couldn't find a path to goal, and neither could the threat of Chuks Aneke for the visitors, who saw his effort from close range prove fruitless in the first 45.

It would be one moment of madness that would seperate the two sides, as a Forster-Caskey corner snook in at the front post to give the Addicks the lead at the Mem. Albie Morgan was sent to watch the late statches from the Thatchers end late on, as he picked up a second booking for a late challenge on Jack Baldwin. 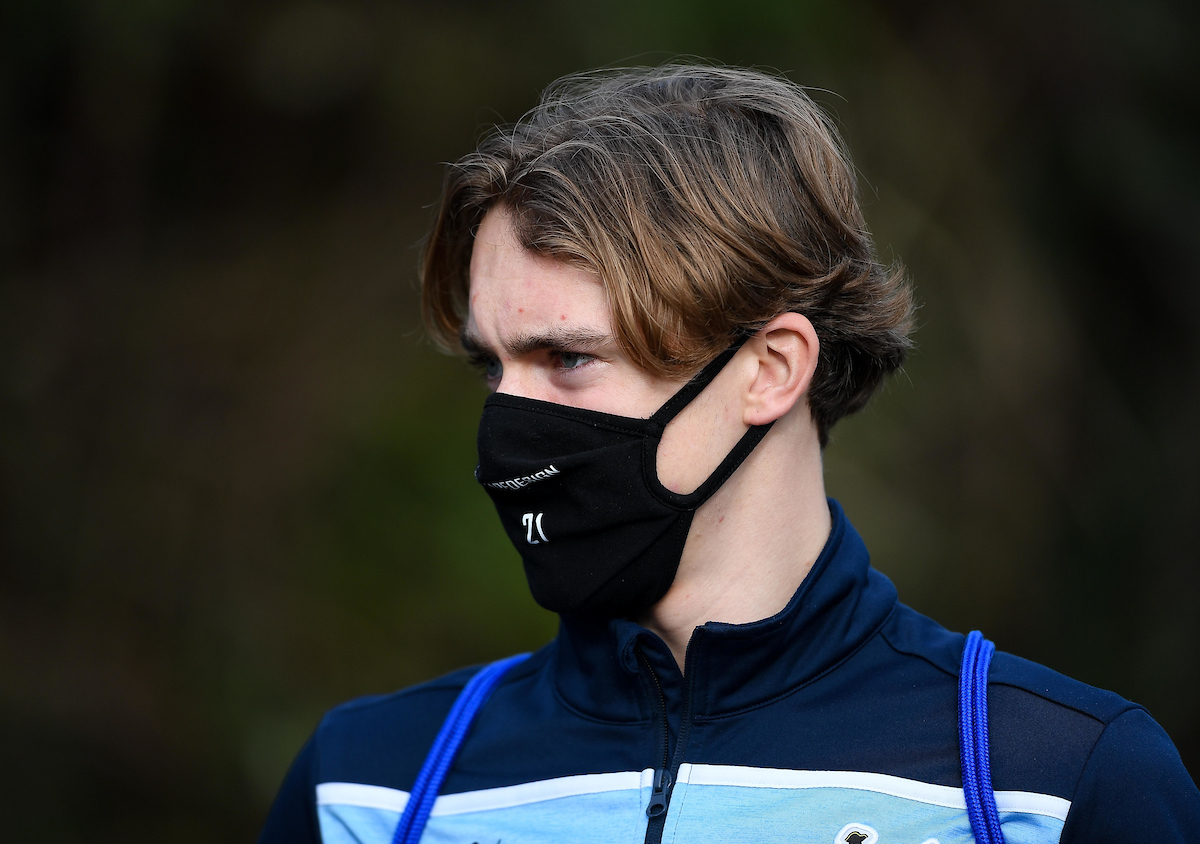 An attacking duo of Jonah Ayunga and Brandon Hanlan spearheaded the Gas' offensive threat, while Josh Hare came into the side in place of the suspended Max Ehmer. Joe Day would also make his first league start for the Gas. Kilgour took the captain's armband with Ehmer absent. 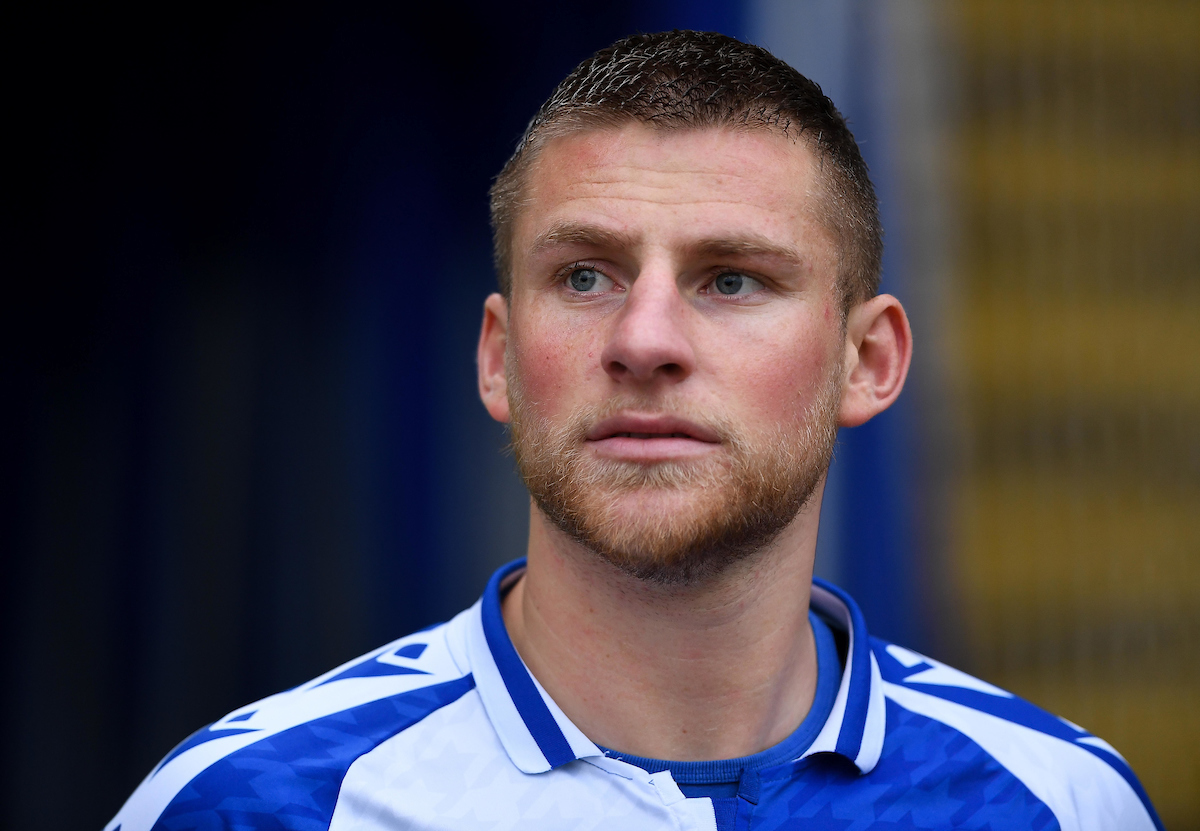 The Gas asserted themselves on this one from the off, controlling large portions of the possession and pushing forward, particularly down the right channel as Josh Hare made inroads. It was the Addicks who looked like making the first clear chance though, as Aneke half-controlled a bouncing ball just 6-yards out from a cross across the area. As he went to swing a left-foot though, the ref' blew his whistle, judging that the striker had handled the ball while attempting to control it.

Earlier in the week, Paul Tisdale alluded to a potentially 'messy' affair between the two sides this afternoon, but with 10 minutes gone the game remained quite structured.

Aneke was allowed to strike just after that 10-minute mark, from a similar range to the Gas' first scare. This time taking down a cross from the right flank, he fell off balance away from the ball as he attempted to lace a bouncing ball goalwards. His balance probably cost him a goal with the goal gaping, but he sliced his strike wide of Joe Day's right post.

Luke McCormick looked to tease a clever ball through the Charlton ranks on the quarter-hour mark, trying to find Brandon Hanlan. The Addicks were alert though, bolting off the back foot to cut out the pass and deny Hanlan a clean route to goal.

A vital interception from Jack Baldwin denied Chuks Aneke another opportunity, as a whipped delivery came in from the left side. Stretching, the former-Sunderland defender looped the ball up and over his own bar to avert danger.

A neat left-footed cross from Josh Hare looked inviting around the 20th minute, with Hanlan gambling on it clearing his defender just 6 yards out, the Charlton defence adjusted well to head clear and cut out the issue.

Aneke looked a constant threat for the visitors, with Baldwin tasked at keeping him at bay in most cases, the centre-back did just enough to put off the towering striker minutes after Josh Hare's delivery was snuffed out at the other end. Another cross flashed into the area, and Aneke met it at the front post, but Baldwin's pressure did just enough, with the striker toeing wide of Day's goal. 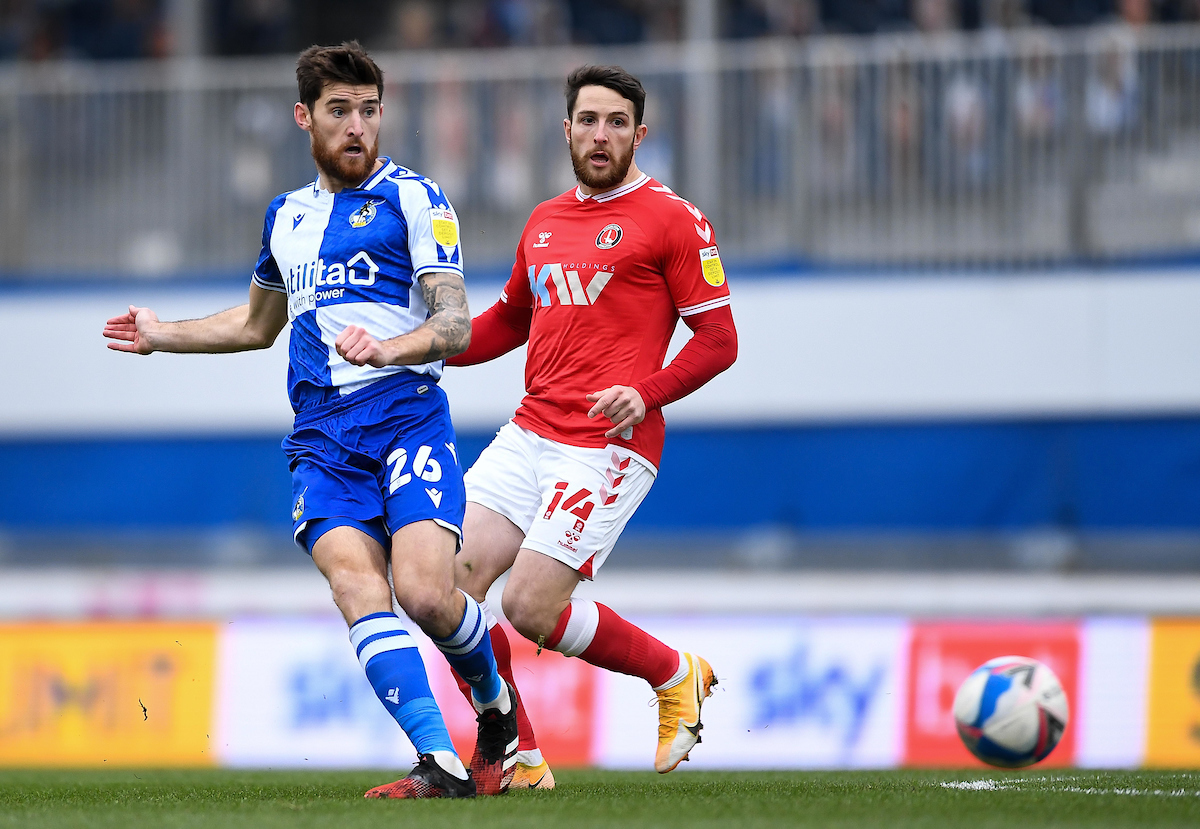 Forster-Caskey would find a chance not long after, with a short corner into Williams returned into the midfielder's direction towards the right side of the box. He struck first-time, but got his angles all wrong, firing well wide at the near post.

A superb individual bit of movement from Jonah Ayunga opened an avenue into the area for a smart left-footed delivery from the left side of the area, as he superbly turned his man while under pressure. His squared ball found Brandon Hanlan in the danger area, but he scuffed his strike wide of Ben Amos' right post.

Wales international Chris Gunter was on hand to avert Rovers danger on the half-hour mark as Brandon Hanlan bounced on a ricochet to burst into the box from the left. He stepped in towards goal at an acute angle, but as he struck towards Amos' goal, the outstretched leg of Gunter flew in to divert into the side netting.

Ayunga showed more signs of promise as the game edged towards half time, with Josh Hare angling a lovely ball from the right-back spot towards his striker on the left apex of the box. A stepover and motion left followed and Ayungha earned himself some space before firing from the angle. It sent Amos diving, but rippled the set netting to the sound ooo's from the stands.

The Gas went even closer moments as another long ball picked out Luke McCormick in the space between the visitor's right-back and right centre-back. He only managed the one touch, diverting the bouncing ball towards goal, but Amos spread himself wide and the strike ricocheted off the heel of the former-United 'keeper out narrowly wide.

The Addicks worked a response soon after, and no surprised, it was through Chuks Aneke as he bullied his way inside the from right-flank. He leathered a shot at Joe Day's midriff as the Cardiff loanee covered the near post before the ball deflected back out. Jonathan Williams pulled the ball under control inside the area but swung his left-footed effort past the upright on the left side.

The score remained at a deadlock as the half time whistle went. 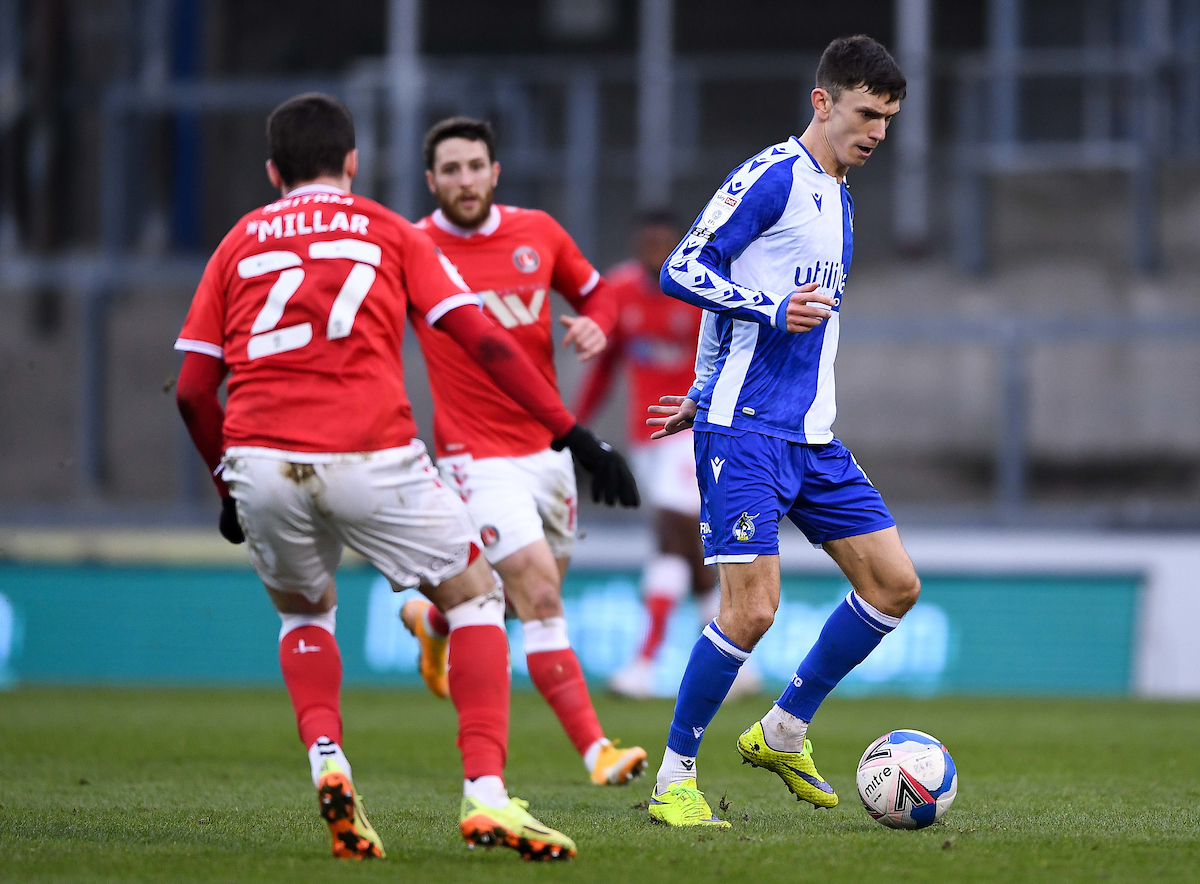 A move early on in the second half prompted shouts for a penalty after the break as Luke Leahy stabbed a pass into Brandon Hanlan on the left side of the box. The number 9 looked to have made the ball before a leg came across from Gunter, appearing to bring the striker down, but the ref' waved away the shouts for a penalty.

A few soft free-kicks littered the next 15 or so minutes, with the flow being stifled out the game as both sides exchanged fouls. In this period, Josh Hare made way for Cian Harries, seeing Josh Grant slot in as a right-wing-back with three at the back.

On the 63rd, Charlton took the lead in an unconventional manner. Forster-Caskey whipped a low left-footed corner in from the right side. It took a bounce at a crucial point and snook in at the near post.

The Gas responded well with the ball rattling around the opponent's box courtesy of a drilled ball in the box. It ricochetted to Ayunga who took a touch before firing on goal. However, Charlton got across well, blocking clear from close-range.

With just over 10 minutes to go the Addicks could've made it two as Omar Bogle scuffed a strike at close-range after latching onto a ball squared in from the right. It fell to Schwartz but by that point, Joe Day had completely closed the angle, out quickly to smother the effort.

Josh Barrett had a chance to re-write the headlines with 7 minutes of normal time to go as Josh Grant smashed a ball in towards the edge of the box. The midfielder arrived to the pass, tapping it into the ground so it bounced up for him. He climbed to it and attempted a Bergkamp-esque half-volley, but saw it rise up and over the bar.

Moments later, Charlton were down to 10 men, as Baldwin took a late challenge from Albie Morgan near the half-way line. Already on a booking, the ref' had no choice but to send the visitor for an early bath.

Jack Baldwin cut in off the right-flank with a few minutes to play and lofted a lovely ball into the area with the outside of his right boot. Ayunga was on the end of it but failed to generate enough power to trouble Amos as it bounced through to the 'keeper.

Luke Leahy then hit another inviting cross in, this time from the left, which was missed before Hanlan at the front post before Ayunga connected in the centre of the box. However, once again Charlton got bodies in the way to block. Up the other end, the visitors slipped Bogle in for a one on one, but Joe Day's outstretched leg was enough to deny him.

The pressure was firmly put on by the Gas late on as Rodman then flashed a cross in to Kilgour late on. Around 15-yards out, the defender flung himself at it but directed the header over the bar. In the end, the Gas couldn't make the pressure tell, a went down 1-0 in BS7.

The Gas take on Crewe Alexandra in their first away game of 2021 on Tuesday evening.