The Gas return to the Mem after three away fixtures on the spin, hoping to build upon a valuable point against the Posh...

A post-bound volley from Sam Nicholson and a crucial last-ditch clearance from Alfie Kilgour were Tuesday night turning points, which ultimately resulted in a 0-0 draw in Cambridgeshire against the Posh.

Rovers return to the Mem with mud-stained kits in hand following a 90 minute battle midweek and now focus on a home game against a Rochdale side both scoring and shipping goals. The ball has hit the net a whopping 32 times in The Dale's six games since the turn of the year, so you won't want to miss a second of the action this weekend.

The result on Tuesday was 'probably more significant than the point itself' according to Rovers manager Paul Tisdale as attention quickly turns to this weekend's game at the Mem, catch the full press conference through the link below.

On his side's defeat in midweek, Brian Barry-Murphy spoke to rochdaleafc.co.uk saying, "We focus on all aspects of our game all the time, that's the key to how we progress as a team.

"Our attacking play is as good as anybody's in the league and our defensive structure is improving every game."

A 3-4 loss to Oxford United typifies both the recent struggles and promise of Brian Barry-Murphy and his Rochdale side, often scoring enough to 'normally' win, before shipping goals to cost themselves vital points. Shodipo's 92nd-minute winner for Oxford would be the 92nd minute sucker-punch in the space of a few days, with Gillingham also striking late to level things last weekend.

Prior to that, 3-3 draws against Wigan and Crewe, and a chaotic 4-4 fixture against Charlton mean goals are likely to be on the agenda this weekend at the Mem.

A moment of solo excellence from Sam Nicholson put the Gas in the driving seat before Alex Newby struck back for The Dale in Rovers' earlier meeting with Rochdale at the Crown Oil Arena.

Can the Gas build on their draw away to the Posh? Find out LIVE on Saturday with a £10 iFollow match pass!

This weekend's edition of 'The Pirate' has a range of features, including an interesting look at when the Rochdale once played in the Gas' kit. Alongside that feature, we also have Chris Wathen's 'Doing the 92' series, Steve Smith's 'Sweet FA', some news from the Supporters Club and a look at our opposition in depth. To grab your copy, click below here to head through to our programme supplier. 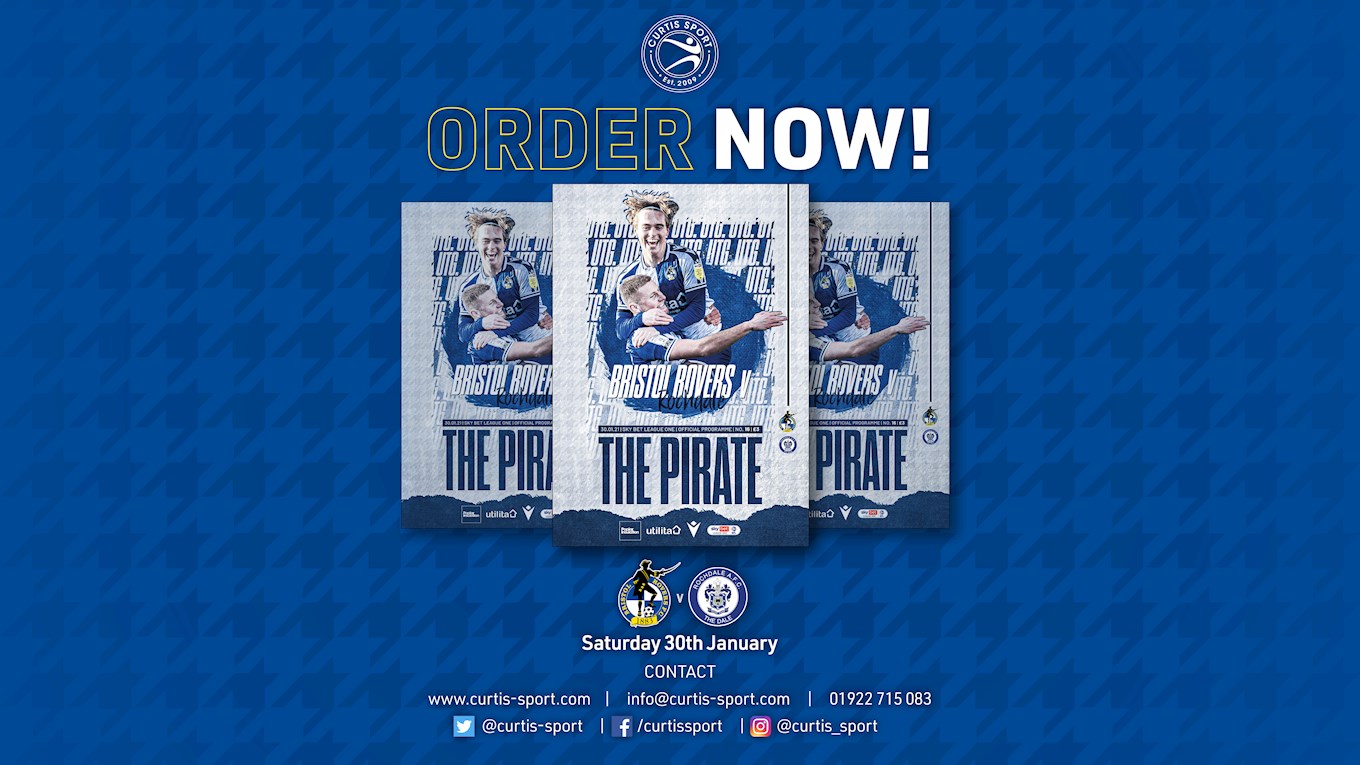 Elsewhere in League One, it's another full-throttle weekend of action across the country. Sunderland get things underway in an early kick-off against Gillingham at 1pm. Two former-Premier League sides meet in the afternoon too, with Charlton Athletic hosting Pompey. Table-toping Lincoln City will host 4th placed Doncaster Rovers at Sincil Bank, while the side below the Gas, Northampton Town, host Wigan Athletic.