Rovers exit the Papa John’s Trophy after a narrow defeat at the Mem against AFC Wimbledon.

In an even first half, Rovers had the best opportunity to open the scoring when Mark Little’s close-range header bounced off the crossbar in the 36th minute.

The away side secured the only goal of the contest in the 60th minute, as Rudoni’s deflected effort sneaked into the far corner, meaning Rovers exit the competition at the same stage as they did last campaign.

The two sides had already met this season in the league, with Rovers getting the better of the Dons in an entertaining 4-2 win for Paul Tisdale’s side in the capital.

On that occasion, the duo of Brandon Hanlan and Sam Nicholson got two goals apiece to secure the points for Rovers.

Hanlan was rested for the visit of the Dons to the Mem, while Nicholson missed out through injury – giving Josh Barrett, Ali Koiki and Alex Rodman the chance to impress.

In goal, loanee goalkeeper Joe Day kept his spot, facing a side that he spent time with last term on loan.

There were eight changes in the Rovers side in total, with the headline team news involving the return to the starting XI of Abu Ogogo, who returned from a loan spell at Dagenham & Redbridge over the weekend.

The return of Ogogo coincidently saw the midfielder make his 50th appearance for the Gas.

On the Dons teamsheet, goalkeeper Sam Walker, who signed on loan yesterday, made his Dons debut, just 10 days after playing at the Mem for Blackpool.

It was the visitors who marked the first opening of the game. A cross from the left swung into the path of Ollie Palmer, who managed to plant a faint header towards goal that didn’t cause any danger for Joe Day, who made a routine stop.

There was little to report in respect to further early chances. A Zain Westbrooke set-piece almost fell to Ogogo to force an effort on goal, while in the same move, Josh Barrett shifted a volley wide of goal.

Rovers had the best chance of the first half just after the half-hour mark. The opening came via a useful delivery from Michael Kelly, who crafted a well-weighted ball into the box from a free-kick out on the left. In the congested area, it was Mark Little who won the aerial duel to the meet the cross, with the defender glancing a header onto the crossbar.

With halftime closing in, a contested corner from the visitors picked out Palmer, who skewed a volley off-balance high over the Rovers goal, as the deadlock remained firmly in place at the interval. 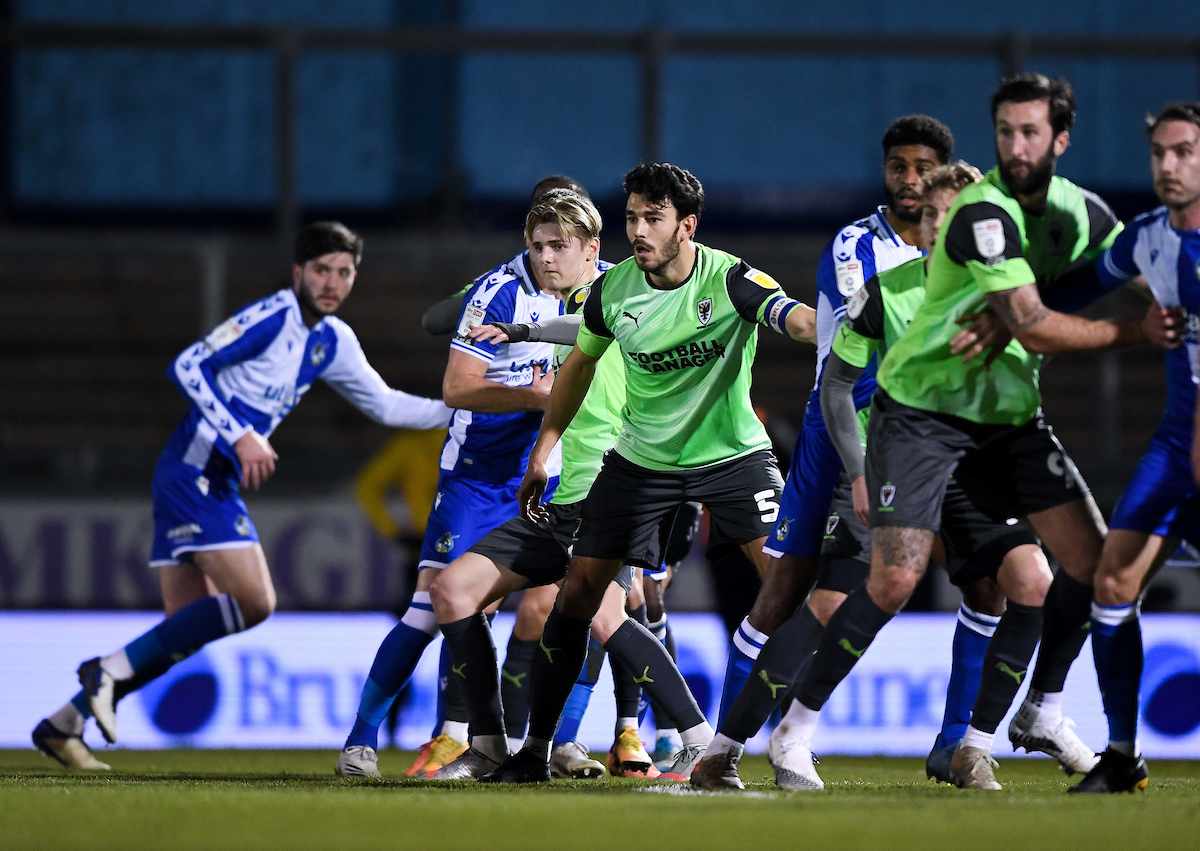 The opening stages of the second half followed a similar pattern to first, with the tight affair alluding little chances at either end.

It was the away side who grabbed the games’ first goal, on the stroke of 60 minutes. A low effort from Jack Rudoni from the edge of the area took a sizeable deflection off Ogogo, that was enough to angle the shot beyond Joe Day to give the Dons the lead. 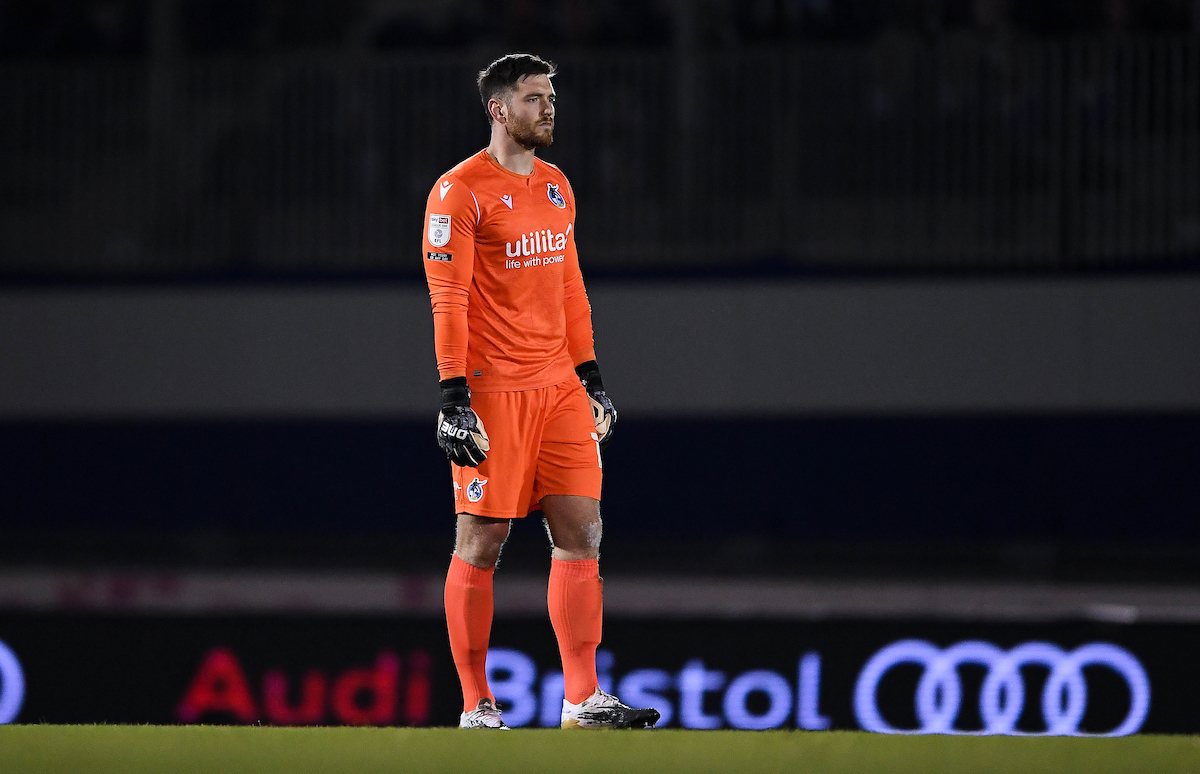 The goal sparked a trio of changes from the Rovers bench, as Ayunga, Upson and Hare were all introduced.

With time spilling away in the tie, Rovers took more of a foothold of possession and assembled a series of chances.

Inside the final 15 minutes, Michael Kelly angled a useful cross to the far-post where Cam Hargreaves was denied the opportunity to connect with a close-range finish. Moments later, substitute Ayunga was slotted through on goal and saw his effort palmed away by Walker.

At the other end, the Dons created the opportunity to prevent any late nerves when Woodyard broke in behind the Rovers backline, but the midfielder slipped his effort wide of goal when going one-on-one with Day.

There were late chances for Rovers to take the tie to penalties as Cam Hargreaves broke into the Dons area. The industrious midfielder’s run took him to a wide-angle and under pressure, he could only rifle his effort into the side netting. Following Hargreaves' chance, Josh Hare saw a deflected effort fly just wide of the target, with the Dons one-goal lead remaining intact at the full-time whistle. 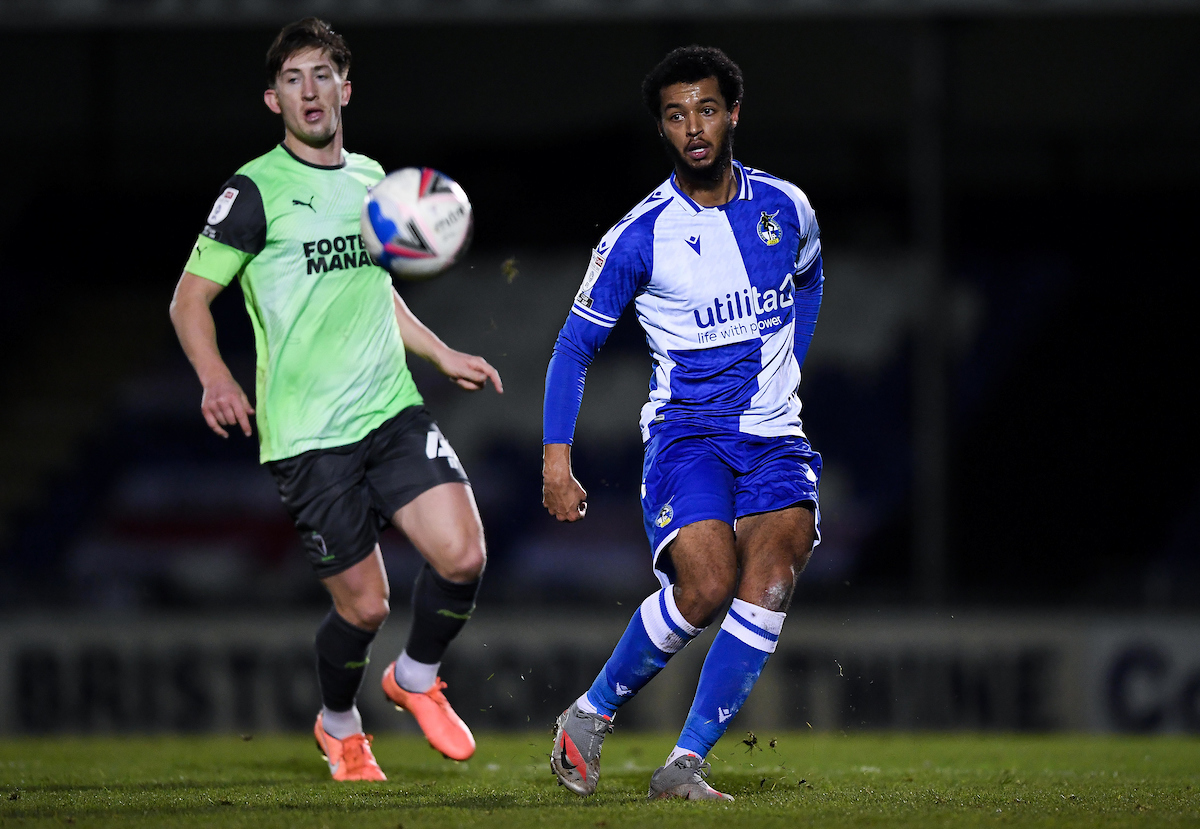