Rovers beaten on the road at Gillingham.

John Akinde’s second-half brace was the difference between the sides at Priestfield.

In the first-half, a Luke McCormick free-kick bounced back off the crossbar, as the midfielder once again showed his calibre at taking set-pieces.

Against his former side, Brandon Hanlan glanced the upright midway through the opening 45 minutes, as the forward was found with a superb through ball from Daly.

Rovers had further chances to open the scoring through both Brandon Hanlan and Alfie Kilgour, as the Gas had the better of the first-half opportunities, but the deadlock remained in place at the interval.

In an equal second-half showing, a John Akinde goal broke the stalemate, with the former Rovers forward scoring midway through the final 45 minutes.

Akinde then missed a penalty, with Rovers shaping a series of chances to rescue a point, but were unable to find the equalising goal.

Late on in stoppage time, Akinde added the security of a second goal for the home side with a close-range finish. 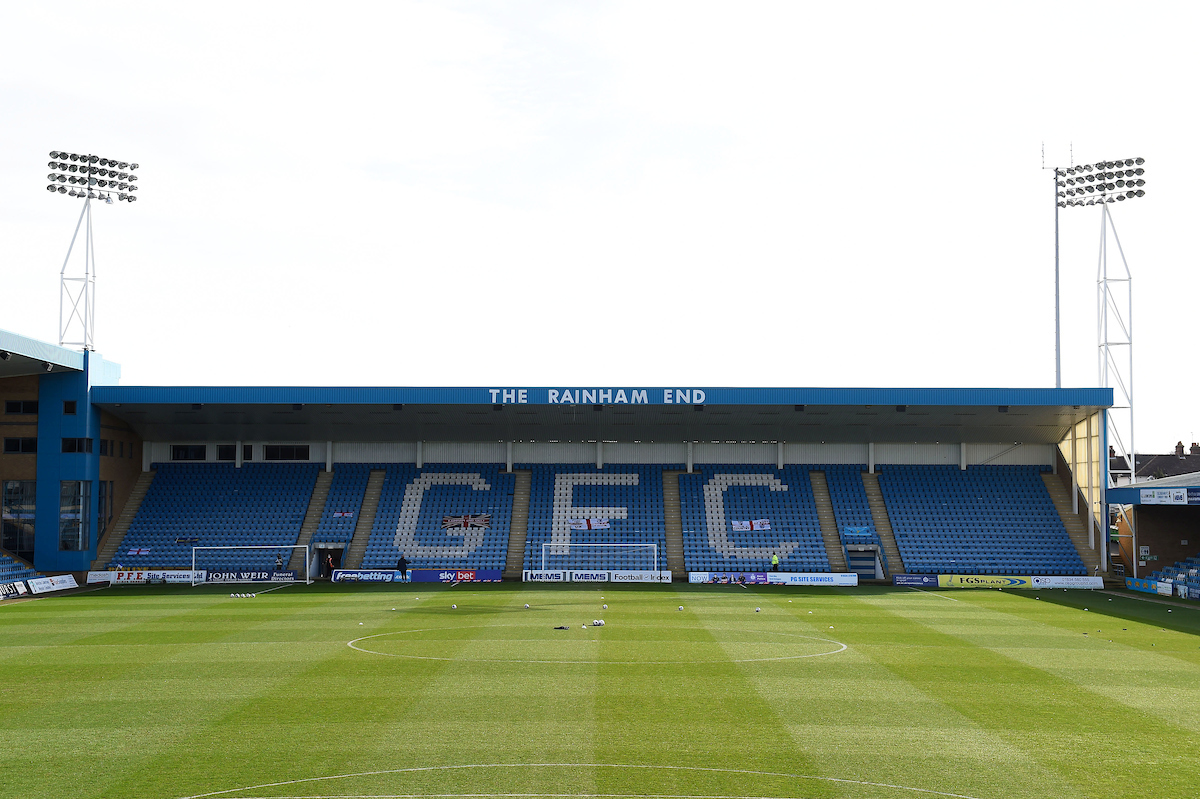 Gasheads would have fond memories of the trip to Priestfield back in March 2019, where a long-range wonder strike from Jonson Clarke-Harris was enough to secure three points on a cold and wet evening in Kent.

In six of the last eight meetings between the two sides, both teams had been on the scoresheet, but Rovers were heading on the road looking to reverse the defeat that Gillingham inflicted on them back in December.

Back to the present and Rovers were looking to record back to back wins for the first time since December, with the focus on maintaining the momentum generated by Tuesday’s impressive win over promotion-chasing Portsmouth.

The one switch saw James Daly come into the starting XI, with Sam Nicholson starting the encounter on the bench.

Jonah Ayunga kept his starting spot after his brace in midweek, playing alongside Brandon Hanlan, who was returning to Priestfield for the first time since making the switch between the two clubs in the summer.

Luke Leahy kept hold of the captain’s armband in the absence of Max Ehmer, with the defender's shoulder injury ruling him out of a return to face his former club. 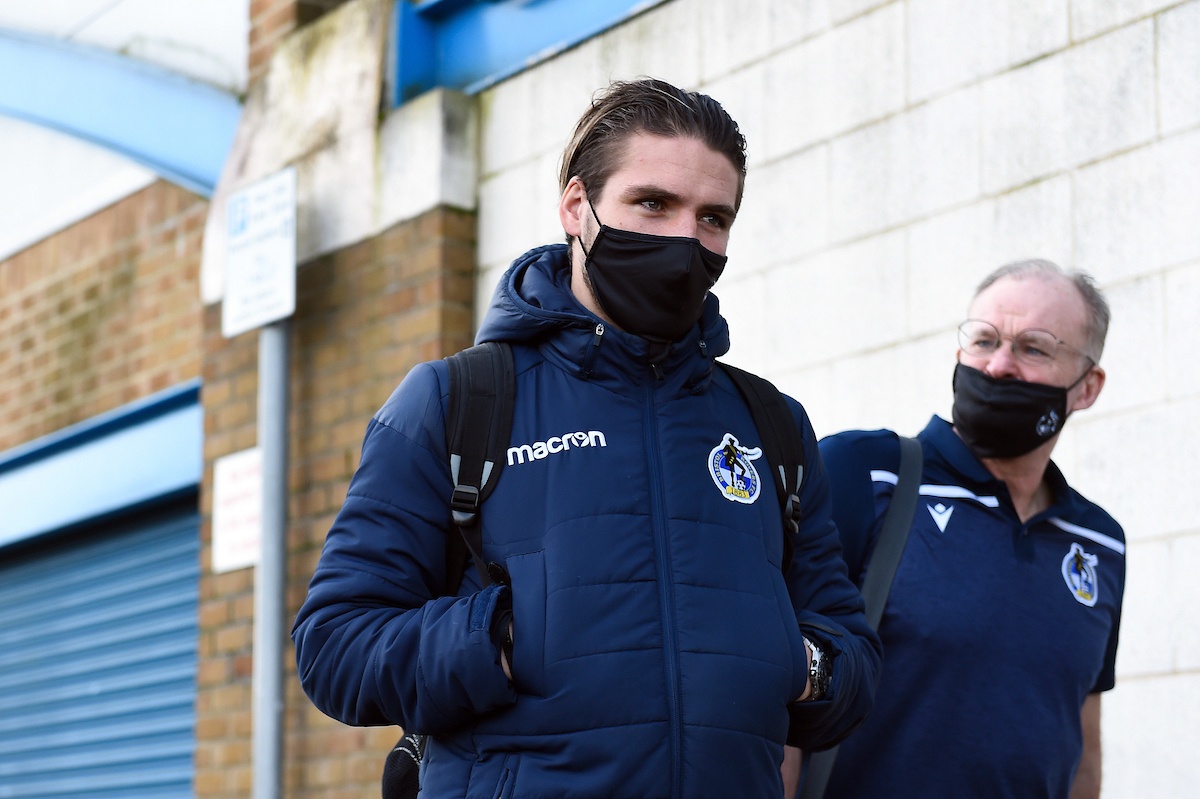 In the Gills line-up, there were two former Rovers players, with Jack Bonham and John Akinde both featuring for the home side.

Steve Evans made two changes to the starting XI for the visit of Rovers. Jordan Graham and Alex MacDonald come in for Vadaine Oliver and Tom O'Connor.

In the early exchanges, it was Rovers who marked the first chance of the game. James Daly made progress down the left and managed to drill a low cross that found Brandon Hanlan at the near post. The striker looked to turn to get a swift shot away, but couldn’t take full control of the pass, with Bonham quick to pounce on the loose ball.

The tempo of the game inside the opening ten minutes was fairly lively. A Jordan Graham set-piece orchestrated a chance for the home side, as the set-piece pinballed around the Rovers six-yard area before an effort towards goal from Robbie Cundy was deflected clear.

James Daly looked bright in what was his second start of 2021 so far, with the striker shifting an early left-footed attempt wide from 25-yards out.

Jack Bonham was the first goalkeeper to be tested, as a high ball forward by Daly was successfully chased down by Hanlan. The striker managed to take control of the bouncing ball and advance into the area, but from a narrow-angle, Hanlan’s low effort towards the near post was held comfortably by Bonham. 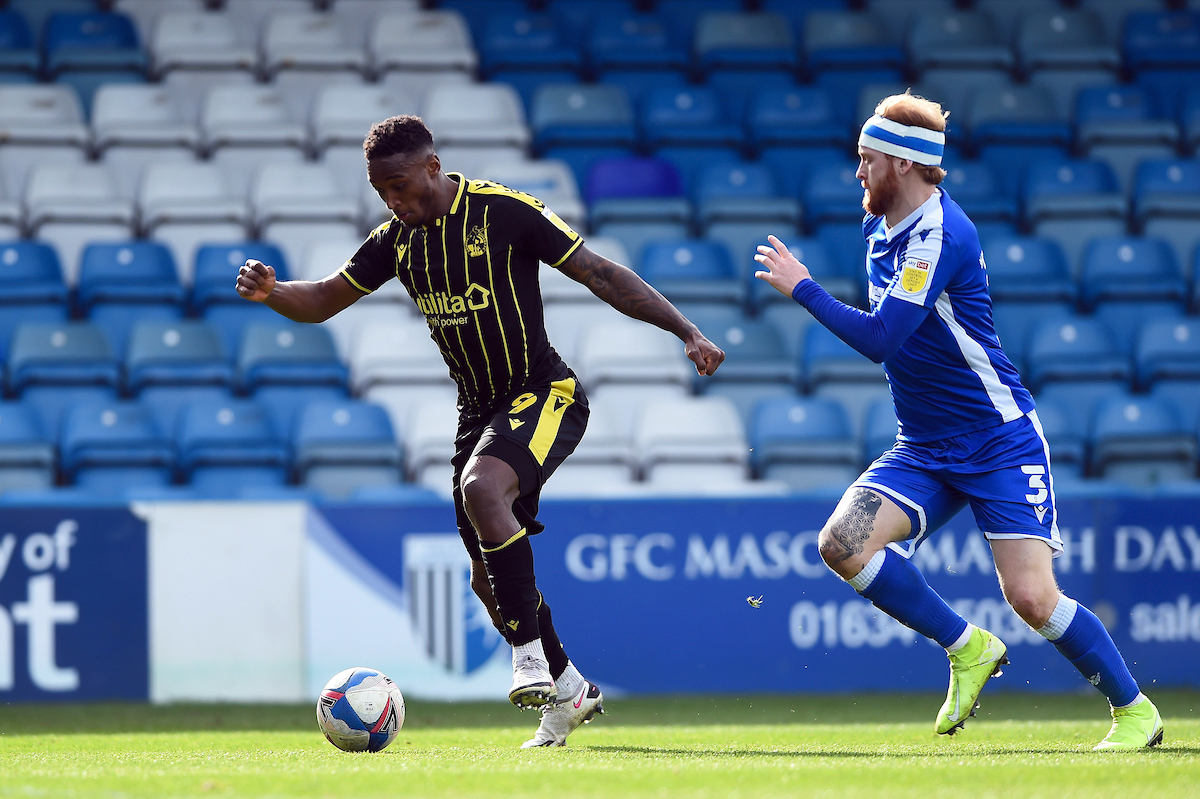 The effort from Hanlan signalled a good spell of chances for Rovers. Luke McCormick took control of a wide set-piece and cultured an effort across goal that swung onto the crossbar, with Bonham seemingly beaten. In the same move, Alfie Kilgour raced to the near post to flick on a header across the face of goal that could have easily nestled into the bottom corner.

Hanlan looked inspired to be a handful for his former club, as a long-ball forward from Baldwin set the forward in a foot race with Jack Tucker to chase down the high, bouncing pass. Hanlan muscled his way onto Baldwin’s delivery and set himself to shoot on goal with just Bonham to beat, but a recovery tackle from Tucker hooked the ball away from the striker at a pivotal moment.

With three forwards on the pitch, Rovers looked a constant attacking threat throughout the opening 45 minutes.

An attractive reverse pass by James Daly set Hanlan through on goal on the stroke of the half-hour. The striker cut inside to a central position to create an angle to guide his side-footed attempt beyond Bonham and he achieved the intended result, only to see his effort bounce back off the upright.

Rovers continued in the same vein as the half time interval loomed. There was a late first-half chance for George Williams to grab his first Rovers goal, as the wing-back attacked a cross at the far-post, but saw his effort deflected wide.

In first-half stoppage time, Callum Slattery required a stretcher after being injured in a Rovers attack, with the Southampton loanee forced off in what appeared to be considerable pain.

At half-time, with the enforced change of Slattery, the hosts made three substitutions in total – with Rob McKenzie, Tom O'Connor and Vadaine Oliver all introduced.

The early stages of the second half didn’t allow for the same burst of chances that the initial opening of the game allowed. 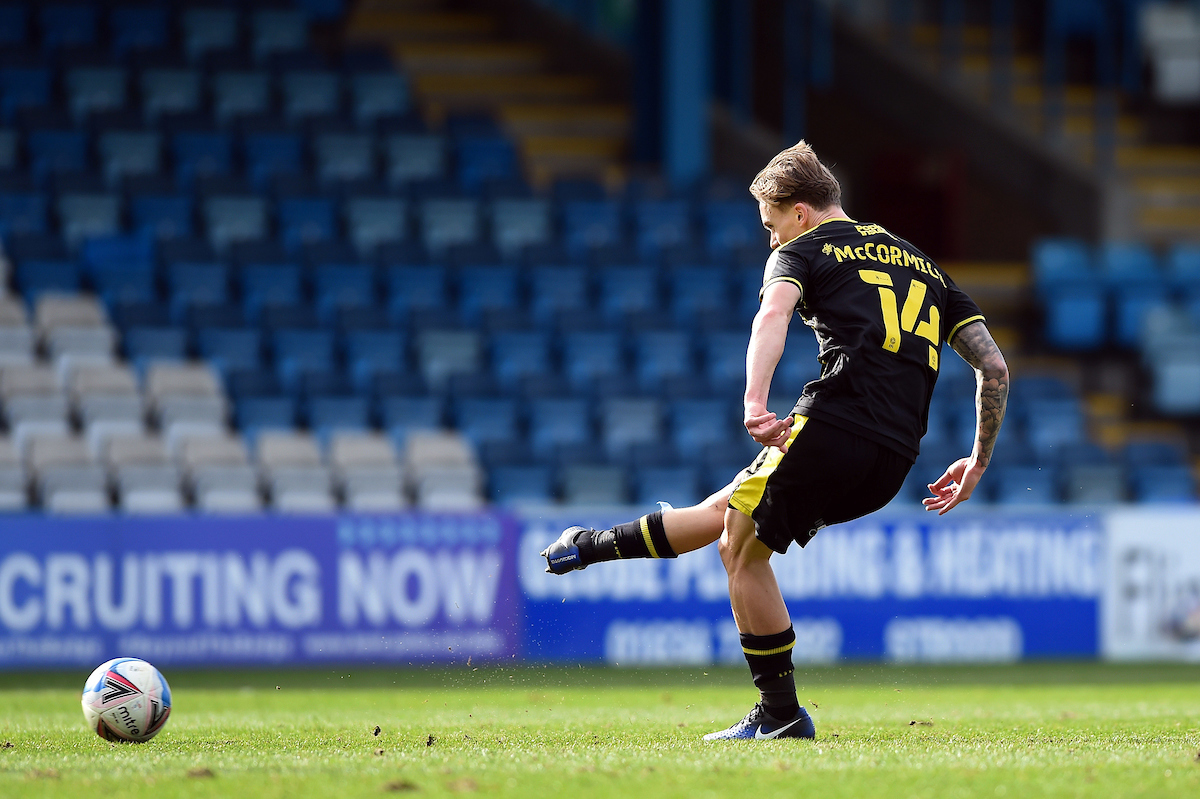 The first real opening for the second half came as Jonah Ayunga’s powerful shot from inside the area clattered off Jack Tucker, in what was a brave block by the Gillingham defender.

Rovers crafted a handy opening when Hanlan darted into the Gillingham area and kept his options open by aligning a pass to McCormick on the edge of the area. The Chelsea loanee made good purchase on his first-time attempt, but his effort bobbled marginally wide of the target.

Moments after McCormick's opening, the home side grabbed the game’s opening goal, against the run of play. A long-ball pumped forward by Tom O’Connor by the home side found its way into the path of Akinde, who tucked his finish beyond Day to score.

It looked like Rovers would have a bigger task in hand just minutes after Akinde’s opening goal, as the striker went to ground very easily under pressure from Jack Baldwin. The Rovers defender escaped without a caution, but the home side was given the opportunity to add a second goal from the penalty spot.

Akinde and Graham debated on who should take the penalty, with Akinde winning the dispute with his teammate. The striker slowly tracked towards the ball to take the spot-kick and side-footed a soft effort centrally, with Joe Day on hand to push clear for his second penalty save of the week.

Rovers responded by creating a credible chance when McCormick’s set-piece swung into the area, with Jack Baldwin glancing an effort wide at the far post.

As the clocked ticked towards 90 minutes, Rovers had the majority of the pressure in and around the Gillingham half, but couldn’t quite accumulate the clear cut chance for a equalling goal.

In stoppage time, Akinde added a second goal with a close-range finish after being found by Dempsey’s low cross. Akinde's effort bounced over the line after Joe Day almost did enough to keep the powerful effort out in the closing stages.

Rovers face Wigan at the Mem on Tuesday evening.