All the pre-match info heading into Tuesday's encounter at the Mem against Portsmouth.

Saturday’s game was called off as the match referee deemed the surface unplayable, a full four hours before KO.

The postponement led to further fixture having to be rescheduled, adding to an already congested timetable for the Gas between now and May.

Interim Manager Tommy Widdrington spoke to the press on Monday morning via Zoom to offer his thoughts heading into Tuesday’s encounter.

Watch the interview in full below...

Pompey sit 4th in the league standings, with a tally of 48 points from their 26 games played this term.

Ahead of Tuesday’s trip to the Mem, Kenny Jackett spoke to portsmouthfc.co.uk saying, “It’s hard to know tactically what they are going to do because they’ve got a caretaker manager in at the moment.

“We do know their players, though, and the options they have. After that, we concentrate on ourselves.” 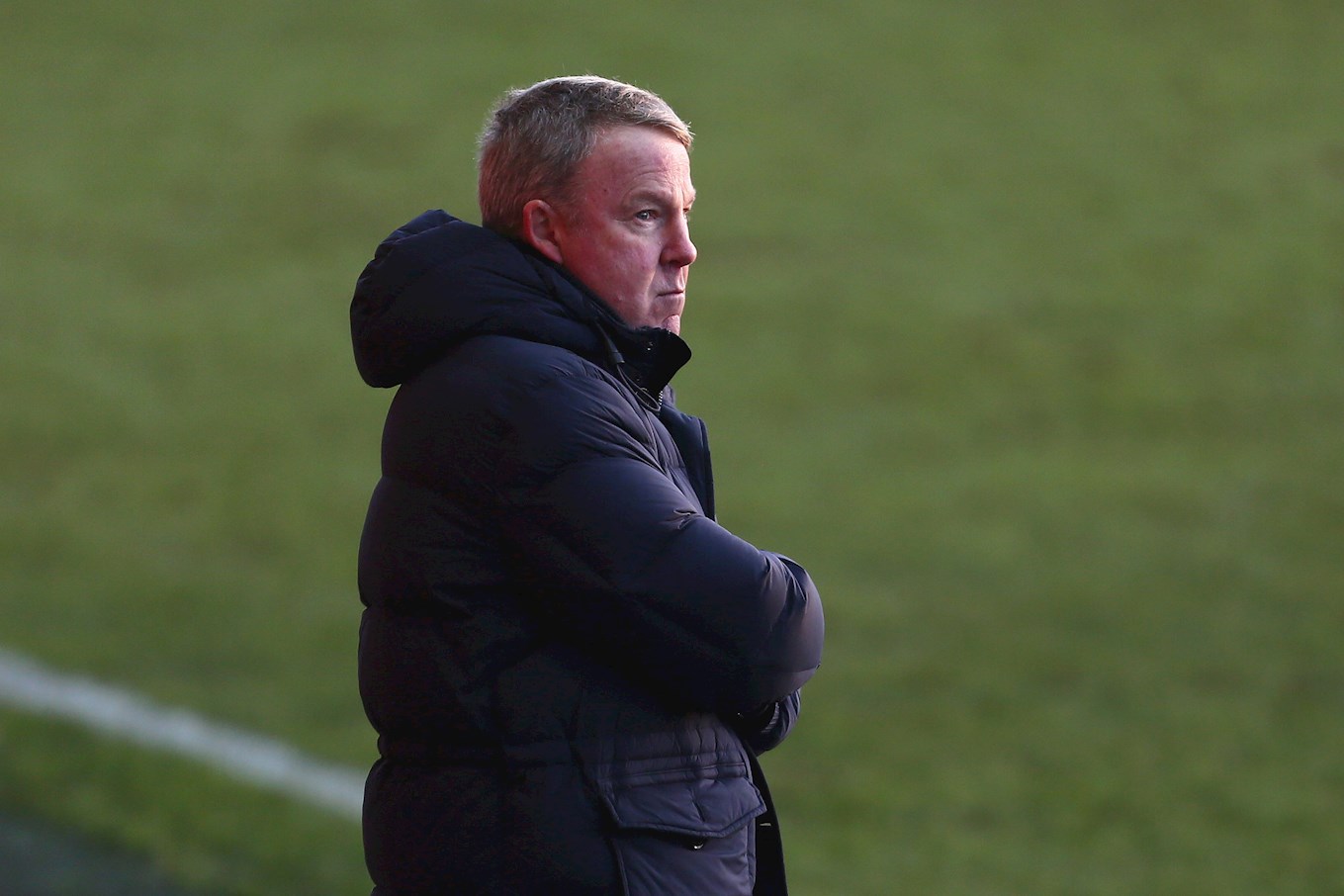 Portsmouth’s fixture at Crewe on Saturday was postponed due to frozen pitch, meaning their last fixture was last midweek, a 2-0 win over Swindon. Over the last 10 games in all competitions, Kenny Jackett’s side have picked up five wins, but losses against both Hull and Lincoln in recent weeks has dented their climb towards the top two places in the division.

John Marquis leads the Pompey goalscoring charts with 11 so far this term, with the former Doncaster man also aiding his team with 5 assists. Former Rovers striker Ellis Harrison has three goals to his name this season, scoring a penalty in Portsmouth’s last fixture against Swindon.

Christopher Sarginson is the man in the middle on Tuesday night. The referee has officiated 21 games this season, giving out 56 yellow cards and three red cards. Sarginson was the referee that was in charge of our trip to Gillingham back in March 2019 and also officiated our game in the EFL Trophy away at Swansea that season.

EFL sponsors Sky Bet have Rovers priced at 10/3 for the win, with a 1-0 scoreline to the Gas offered at 10/1. On the first goal scorer market, Brandon Hanlan is priced at 13/2 to grab the game’s first goal, with James Daly listed at 8/1.

The last meeting between the sides took place in October 2019 at the Mem and saw a superb fightback from the Gas to overturn a two-goal deficit to register a point. Gareth Evans opened the scoring for the visitors early on, with the lead for Portsmouth doubled when Ronan Curtis added a second goal with a little over 20 minutes remaining. Alex Rodman started the Rovers comeback with a strike in the 78th minute, before a Craig MacGillivray own-goal from a corner ensured the points were shared.

The two meetings between the sides in 2019 campaign ended in a draw, with the game at the Mem ending 2-2 in the 2019/20 season, with the clash at Fratton Park in the season prior ending 1-1.

Pomey's last win at the Mem came in August 2018, where an early Gareth Evans goal for the away side was cancelled out by Chris Lines. Lines was then shown a red card, before a late Brandon Haunstrup goal provided Portsmouth with all three-points.

Tuesday’s game will be available to watch live on iFollow. A large proportion of the £10 match pass fee is returned to the football club, helping the club generate revenue. On Tuesday, the Gascast lads will be joined on commentary by former midfielder, Lee Mansell.

There’s a handful of rearranged fixtures taking place this midweek in Sky Bet League One. Rochdale’s trip to Blackpool is a game for Rovers fans to keep an eye on, with Rochdale just two points above the Gas in the league. Northampton, who are currently below Rovers, head to Ipswich, while Gillingham entertain Peterborough. On Wednesday, Doncaster Rovers play host to Accrington Stanley.