Rovers finished the game with nine men as two first-half goals saw the visitors claim the spoils in a stormy affair.

The Gas named an unchanged side after Saturday’s FA Cup win over Sutton. Port Vale boss Darrell Clarke was given a standing ovation by the home crowd and embraced Joey Barton as both managers took to the dugout to shelter from the driving rain.

Defending the Thatchers End, Rovers were looking to score in the 13th consecutive home game this season. But it was Gas ’keeper Belshaw who was called into action first, parrying a shot from Devante Rodney, before the offside flag was raised.

Vale should have opened the scoring in the eighth minute, however, as Politic was afforded time and space 15 yards out, but fired straight at Belshaw, before skying the rebound wide. Play went straight up the other end and Evans burst into the Vale box but his goalbound shot hit team-mate Collins and went behind for a goal kick.

Rovers were enjoying a spell of possession now as the rain finally eased up, but disaster struck in the 14th minute. Vale captain Conlon fell to the floor after an off-the-ball incident and Sam Finley was shown a straight red card – Rovers’ sixth dismissal of the season.

Rovers now faced an uphill battle against high-flying Vale. However, they could have taken the lead just a minute later as Harry Anderson drilled a right-footed shot agonisingly wide of Stone’s left-hand post from 15 yards.

Ten-man Rovers then won a free-kick on the right flank in the 26th minute and Evans’ beautiful delivery was headed over from five yards by Connor Taylor as another glorious chance went begging.

Referee Hicks then awarded Vale a free-kick in the 30th minute. Conlon’s delivery was met by the unmarked Ben Garrity, and his volley went in off the underside of the bar to put the visitors 1-0 up.

Garrity soon made it two, sliding in at the near post to finish off a cross from Lewis Cass in the 33rd minute. It was almost three in the 37th minute after Coutts surrendered possession and Conlon chanced his arm with a shot from fully 35 yards out that Belshaw pushed behind for a corner kick.

Politic then blazed over for the visitors dressed all in black, who were now dominating possession as the half drew to a close. Rovers began the second half by bringing Trevor Clarke on for Antony Evans, the substitute lining up at left-back, with Anderton moving into a back three alongside Taylor and Harries.

The wind was howling around The Mem now as Rovers struggled to make any early inroads into a Port Vale side in front of their 245 travelling fans.

Then, from nowhere, Aaron Collins struck with his first league goal of the season, with a left-footed strike that took a slight deflection and flew past Stone.

Defender Jones was then booked for obstructing Collins as the Gas turned up the heat, looking to draw level. Nicholson showed some nice skill to work a crossing position, but Clarke couldn’t convert, before the substitute went to ground in the next attack, referee Hicks waving away furious appeals for a penalty.

Straight up the other end, Cian Harries was shown a straight red in the 76th minute for a high tackle on Garrity. From the resulting free-kick, Vale skipper Conlon fired straight into the Rovers wall.

For the second time this season, the Gas had to play out the remainder of the game with nine men. Brett Pitman came on for Coutts in the 81st minute as the home side looked to salvage an unlikely point.

Vale came close to a third, after a Conlon free-kick was acrobatically tipped over by Belshaw; Whelan was shown a yellow card for the challenge. Referee Hicks had the final word of the evening, showing Pitman a yellow card after the full-time whistle had blown.

Next up for Rovers is this weekend's visit of Rochdale to the Mem. (3pm KO) 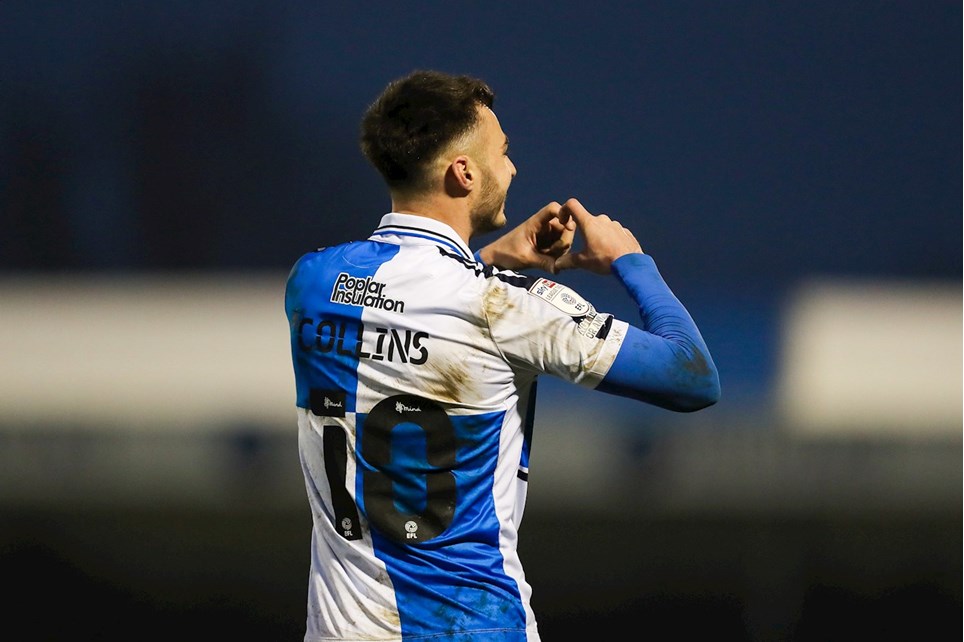 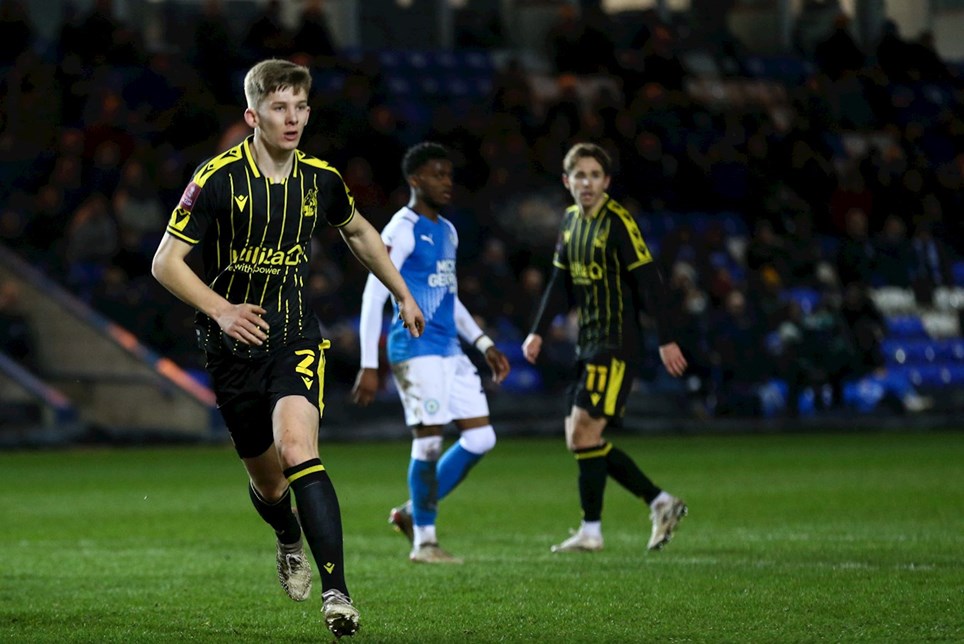 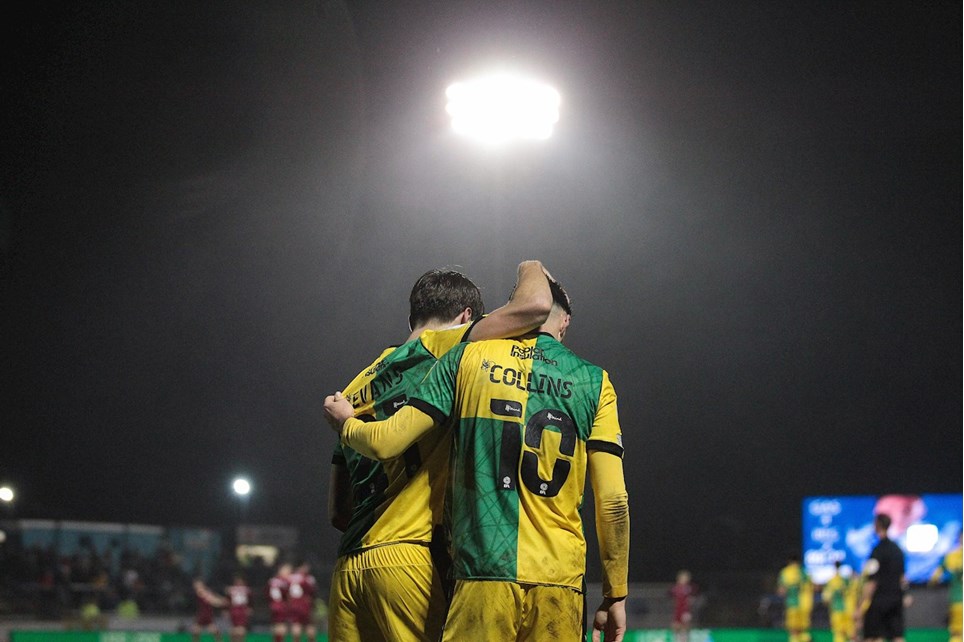 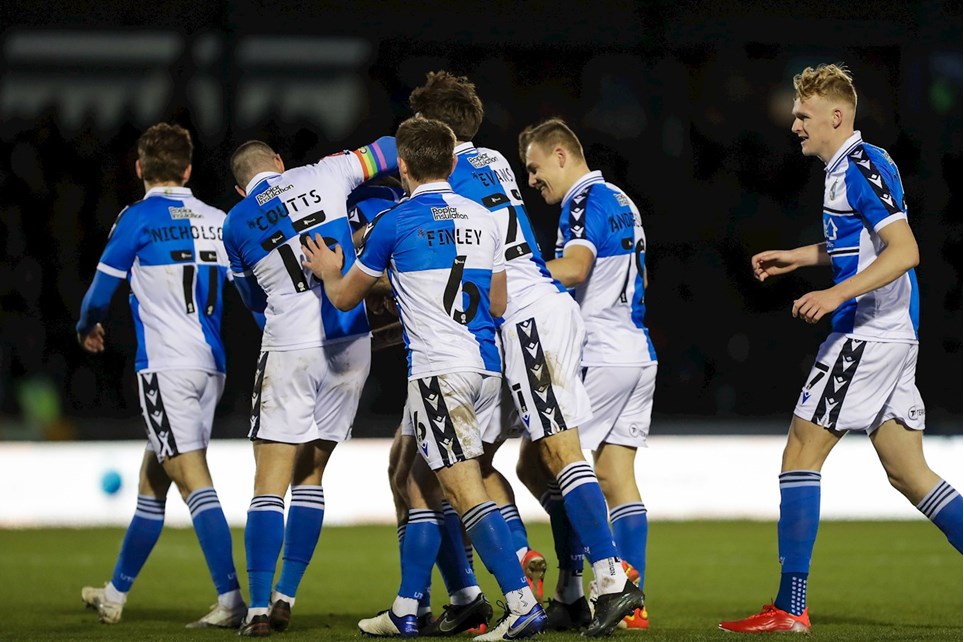 
Two goals in four second-half minutes saw Rovers safely through to the FA Cup Third Round for the third year in a row.