Rovers recorded their first win of the campaign, beating Oldham Athletic at the Mem.

A dominant first-half display from Rovers was rewarded when Harvey Saunders headed home in the 34th minute, marking his first Rovers goal in style, scoring in front of a packed out Thatchers Terrace.

Saunders' effort was enough for the Gas to claim all three points, with Belshaw rarely threatened in the Rovers goal. 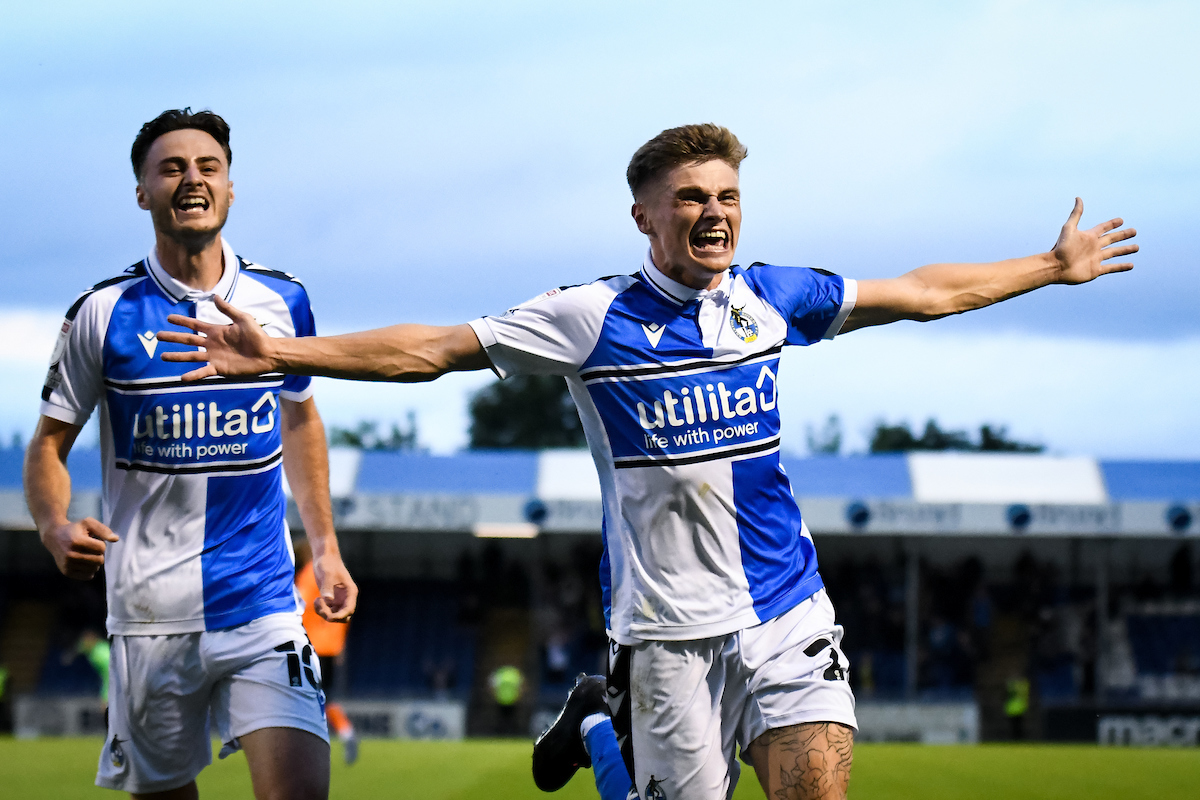 Rovers made four changes to face Oldham Athletic at the Mem, the Gas' third home game in seven days.

Aaron Collins made his first Rovers start, with the further changes seeing James Belshaw, Jack Baldwin and Alex Rodman all come into the starting XI.

On the bench, Brett Pitman was named amongst the substitutes for his first involvement in a matchday squad for Rovers.

Rovers had the first opportunity of note just after the opening ten minutes had played out. The move started with Sam Finley clearing an Oldham corner, sparking a quick break from Rovers that set Harry Anderson free down the right. The winger used his pace to advance into the final third, firing a low cross into the six-yard area that needed Piergianni's intervention to clear the danger.

The chance started a bright spell for Rovers, who moments later could have been awarded a penalty when Collins was shoved to the ground inside the visitor's penalty area.

Rovers looked swift in their pursuit of creating chances. Alex Rodman teed up a useful cross from the right that found Harvey Saunders, who glanced his header back across goal and just wide of the target.

With a steady flow of chances, the crowd at the Mem were responsive to the early showing from Rovers. The home side had a further call for a penalty when Saunders ran in beyond and knocked a loose ball beyond the outrushing Walker. The striker went to ground, with the referee quickly producing a yellow card for the striker for simulation.

The quality of the chances intensified for Rovers as the half progressed. First they hit the upright, as Finley's low effort from 20-yards took a deflection off Harry Anderson that edged the effort onto the post. Moments later, Luke Thomas shaped forceful volley inches wide, after being picked out by a smart pass from Alex Rodman. 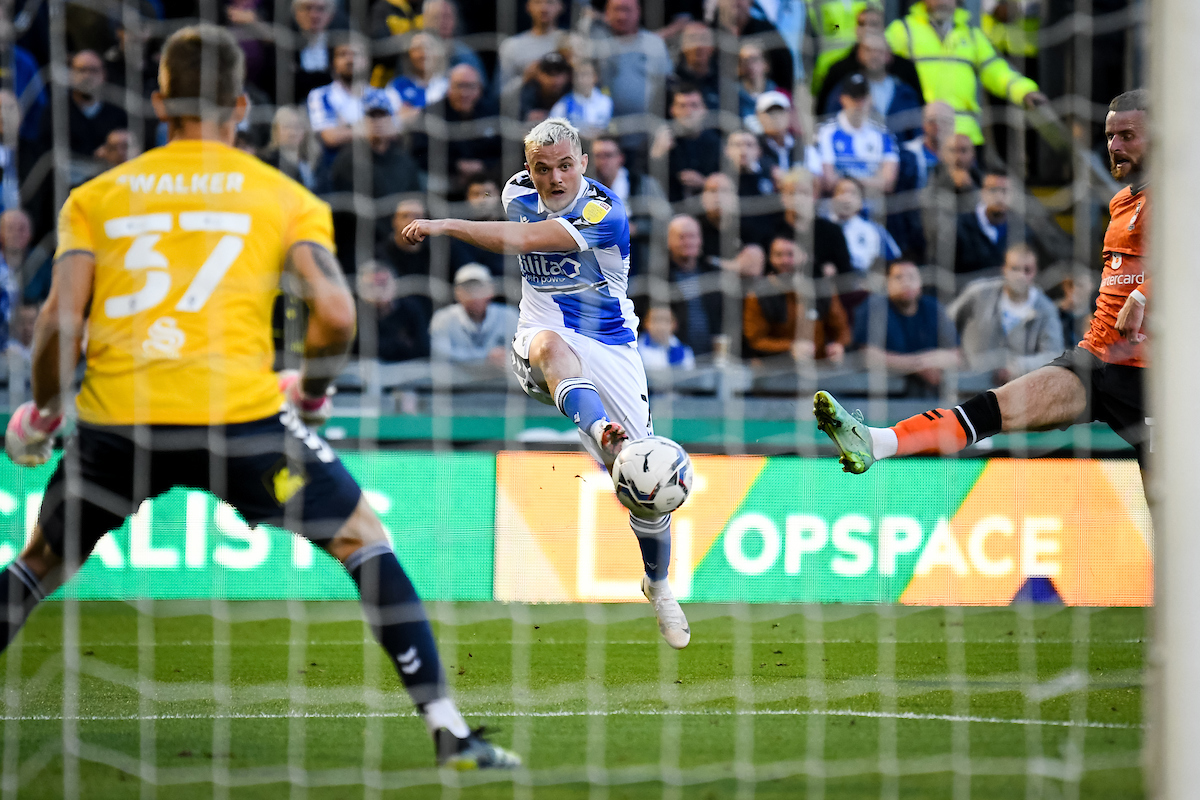 Rovers had a third appeal for a penalty waved away when Sam Finley was clattered inside the area when attempting to reach a quickly taken corner from Luke Thomas.

For all their chances and endeavour, Rovers were rewarded with the game's opening goal ten minutes before the break. The move started down the left, as Anderson's cross picked out Harvey Saunders, who had worked free into a pocket of space. The striker was able to plant a firm header goalwards, with his effort taking a slight deflection to edge the attempt beyond Walker.

Rovers' dominance continued for the remainder of the half, with both Luke Thomas and Aaron Collins creating plausible chances for Rovers to add a second goal.

Rovers managed the game as the second half advanced, still enjoying the majority of the play and looking the most threatening in attack.

Josh Grant came close to troubling Walker with an effort from the edge of the area, as Rovers looked to grab the game's second goal. At the other end, Nick Adams missed cued an effort when being found in space from a cross, ballooning his first-time attempt both high and wide of goal.

With a little over ten minutes to go, a double change saw Pitman and Harries introduced. Saunders made way for Pitman, with the goalscorer applauded by the Rovers faithful on his walk over to the touchline.

Rovers saw out the remainder of the game to preserve their lead and to register the three points.