Joey Barton’s side will be looking to start the league campaign on a positive note, with the ambition of both the coaching and playing staff for the 10 months ahead focused on an immediate return to the third tier of English football.

In what is a welcomed return, stands and terraces will once again be full, as fans return to the EFL after a prolonged absence due to the pandemic.

All the need-to-know info can be found below…

Joey Barton sat down with the local press on Friday morning, discussing his thoughts ahead of Saturday’s meeting at Mansfield.

After being named captain, Paul Coutts also met with the local media on Friday morning.

Barton revealed that Aaron Collins, Brandon Hanlan and Brett Pitman are all ruled out for Saturday.

For the Stags, Midfielder Harry Charsley will likely miss the game due to a thigh problem.

Turning his attention to Rovers, Clough told mansfieldtown.net, “Bristol Rovers have done a lot of good business. I don’t think they’ll be making any bones about what their ambitions are this season. They’ll be expected to and expecting themselves to challenge for promotion.

“They have a manager with good experience now [Joey Barton] and the size of the club will demand that they are there or thereabouts.

“I know we’ve sold a great number of season tickets and I think they [Bristol Rovers] will sell out their allocation, which is great as it will make for a good atmosphere. It’s a brilliant first game for us and hopefully, the players can perform as they did at the end of last season.” 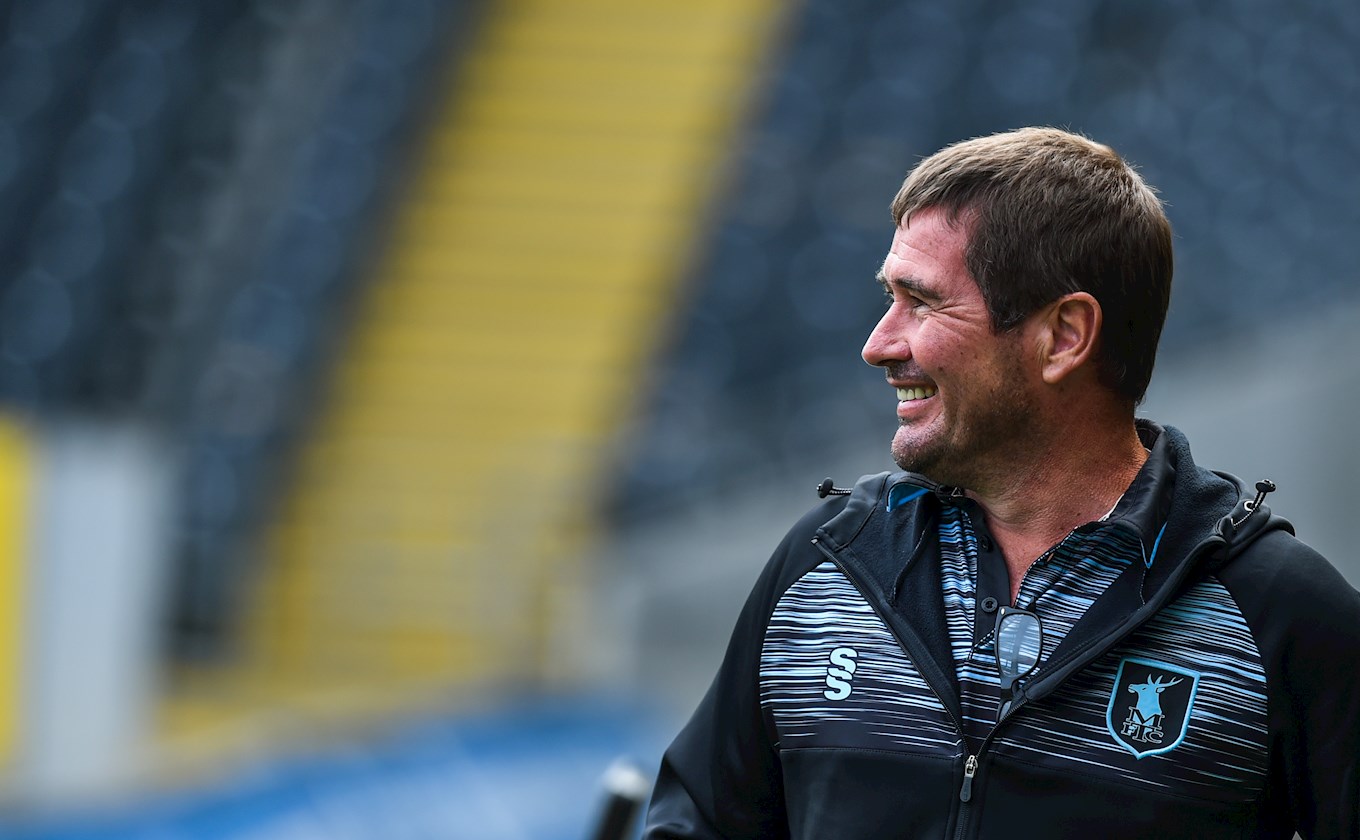 “Mansfield go into the new League Two campaign keen to put last year’s non-event behind them.

"Stags began last season with high hopes - but did not win their first game until an FA Cup win at Sunderland on 7th November.

"It left the promotion hopefuls miles off the pace and without a realistic hope of breaking into the top seven when Nigel Clough took charge. But it did give Clough some useful months at the end of the season to fine-tune and take a good look at his players.

"Mansfield, who won four of the last five matches of 2020/21, appear to have done good business in the summer transfer window.

"It has seen the spine of the team strengthened with hot prospect goalkeeper Nathan Bishop joining on a season long deal from Manchester United. Perhaps the most important signing could be Danny Johnson, who bagged 20 goals for Leyton Orient last season.

"Stags have been a team capable of creating a bucket load of chances over the last two seasons, but have lacked the ruthlessness needed to put them away.

"Taking chances, like for any team, will be crucial for a Mansfield side who were guilty of throwing away numerous points after drawing 19 of their 46 games.

"Pre-season has been encouraging with Stags scoring plenty and enjoying stand-out wins against Championship side’s Coventry City and Hull City.

"Only time will tell how well the new-look Stags side will perform when the real stuff begins on Saturday, but it would be a major shock if Mansfield finish in the bottom half of the table for the third season in a row.”

Rovers concluded pre-season with a dramatic 3-2 win at the Mem over Oxford United last Saturday. Two late goals from Brett Pitman secured the win for the Gas, the winning goal coming through a sublime long-range effort, deep into stoppage time.

Mansfield head into the opening weekend of the season on the back of a four-game winning streak across pre-season. The pick of their summer wins came over Hull City away from home, as Danny Johnson’s brace helped them to a 2-1 victory. The Stags have scored the first goal in five of their last seven outings. 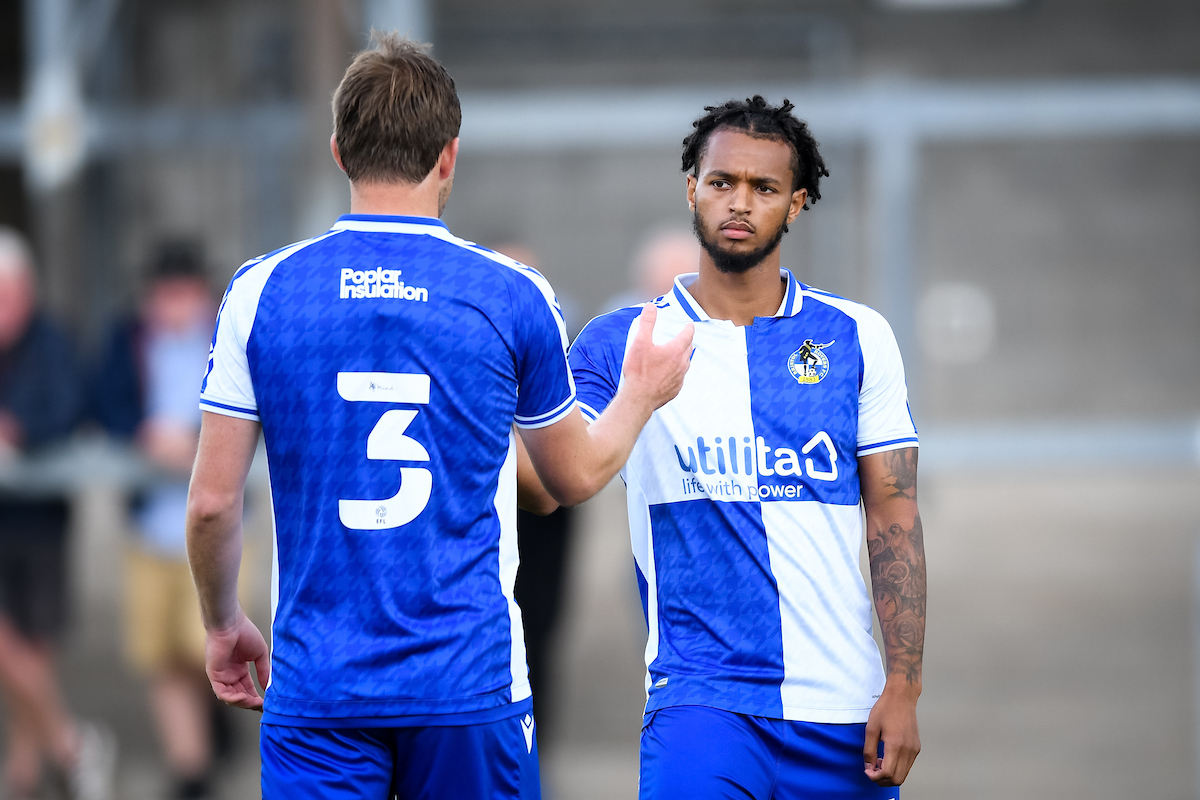 In terms of opening games, Mansfield have drawn their last two season openers. In the 18/19 season, they recorded a 3-0 win at the One Call Stadium to start the campaign with three points.

The Stags average 1.58 points per game under Nigel Clough’s guidance, with the former, Derby, Sheffield United and Burton boss approaching 40 games at the helm at the One Call Stadium.

Nigel Clough and Joey Barton have faced each other four times in total, with the Rovers boss registering 3 victories and the Stags boss picking up one win. 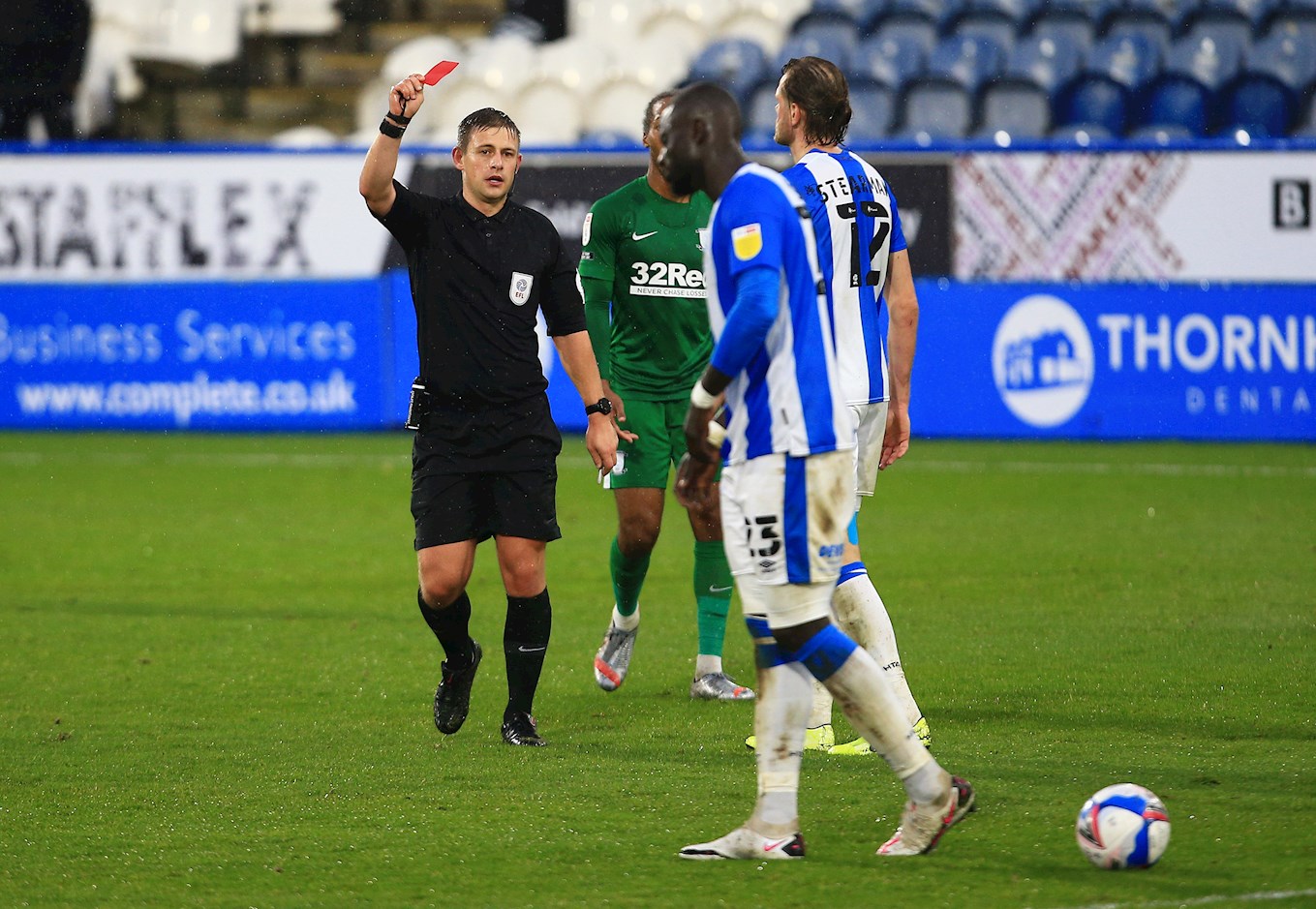 Josh Smith is the man in the middle for Saturday’s fixture. Smith took charge of 19 games last season, across the Championship, League One and League Two. Last term, he handed out 54 yellow cards and two red cards – including a total of 8 yellow cards and 1 red card in Preston’s 2-1 win at Huddersfield in October 2020. Smith is yet to officiate Rovers and last took charge of Mansfield in their 2-1 loss at Leyton Orient back in February. Smith took charge of the League Two semi-final between Colchester United and Exeter City back in 2020. Throughout the 18 games Smith has taken charge of in Sky Bet League Two to date, he has averaged 24.89 fouls per game and distributed 57 yellow cards. Smith will be assisted by Marc Wilson and Natalie Aspinall, with Daniel Middleton taking up fourth-official duties.

Former Rovers player Ollie Clarke will face the Gas for the first time since leaving BS7 in the summer of 2020. Clarke was a former captain of the Gas and made 200 appearances for the club in a ten-year spell. 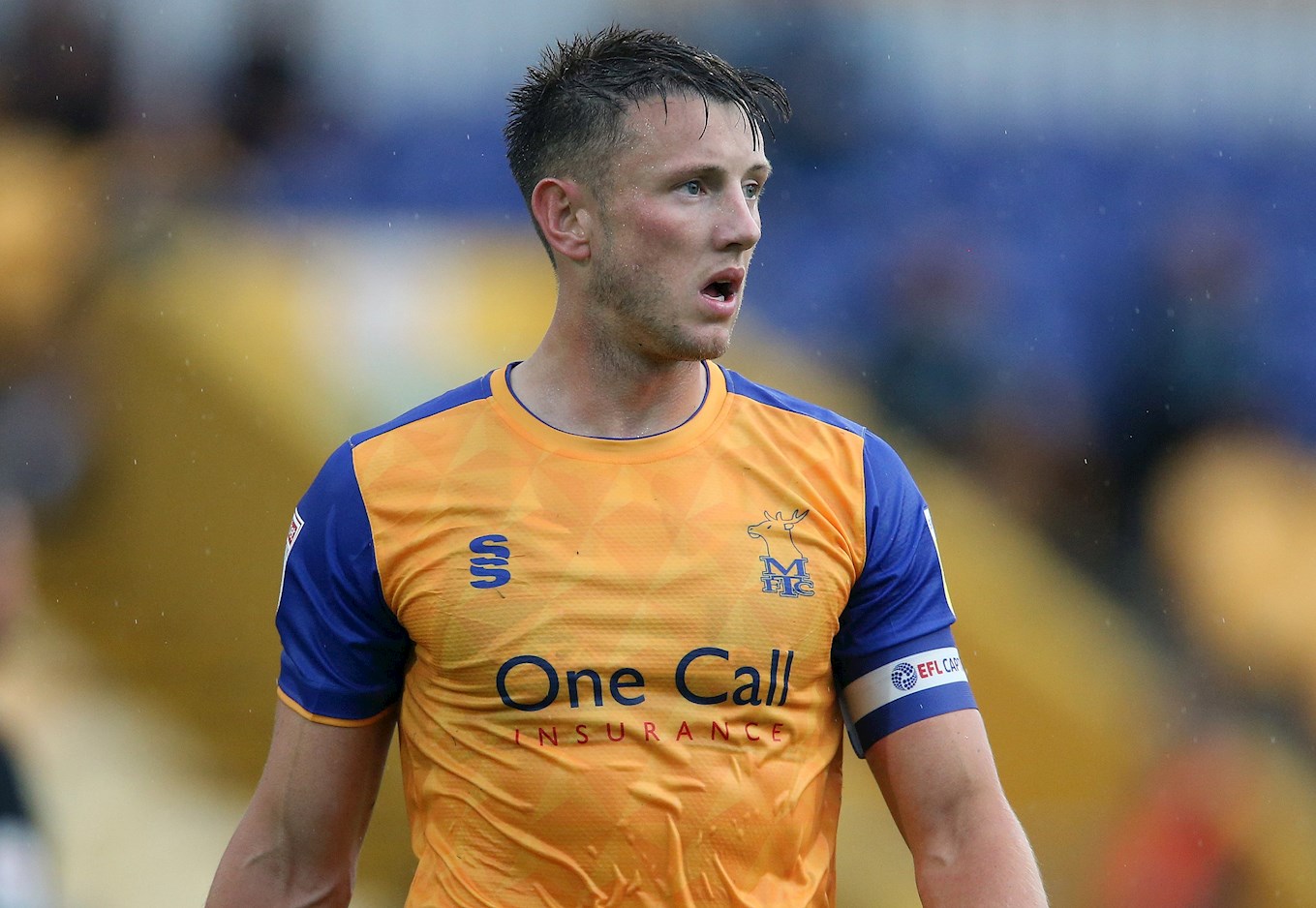 Rovers completed the double over Mansfield Town during the 2015/16 promotion season.

Our last trip to the One Call Stadium was a dramatic affair, with Krystian Pearce and Nicky Hunt both dismissed for Mansfield, with Jermaine Easter all shown a red card for Rovers. The action started with Easter scoring the game's first goal within the opening 15 minutes. Inside the final stages, Ryan Tafazolli levelled the game in 81st minute, with the encounter looking destined to end in a draw. 5 minutes into stoppage time, Matty Taylor grabbed a dramatic late winner for Rovers to capture three points.

🔙 Our last trip to @mansfieldtownfc provided some memorable away end scenes with a late winner deep into stoppage time! #BristolRovers pic.twitter.com/lVYAjLZpKt

The return fixture at the Mem didn’t harbour the same drama, as Matty Taylor’s first-half goal setting Rovers to a 1-0 win.

Fans based in the UK won't be able to watch the game live. For a breakdown of what games can be shown on iFollow - please read the article below.

Rovers have sold 1,200 of  their allocation of 1,700 tickets for Saturday’s fixture. Around 400 tickets will be available on the day.

The Gas will sport their third kid on Saturday (last season’s away kit).

The below article has all the info supporters attending on Saturday need to know.

EFL sponsors Sky Bet have Rovers priced at 19/10 to pick up three points on Saturday afternoon. A 2-0 scoreline to the Gas can be backed at 14/1. On the goalscorer markets, Luke Thomas is 13/2 to open the scoring, with Harvey Saunders at 14/5 to be on the scoresheet at any time during the game.