We can now confirm the squad numbers for the 2021/22 campaign.

Goalkeeper James Belshaw takes the number 1 jersey, with Anssi Jaakkola keeping hold of number 32 shirt that he has held in previous seasons. Jed Ward has been given number 35 for the upcoming season.

Summer signing Mark Hughes has been handed the number 3 shirt, with Alfie Kilgour switching from number 15 to shirt number 5 for the 2021/22 campaign. Nick Anderton has been given number 16, alongside Connor Taylor at number 17.

In midfield, Sam Finley will wear the number 6 shirt for the upcoming season with Luke Thomas sporting the number 7 shirt. Paul Coutts has been handed the squad number of 15, with Sam Nicholson and Zain Westbrooke retaining their squad number from last season.

Up front, Aaron Collins takes on the number 10 jersey, with Harvey Saunders given shirt number 22. Brett Pitman will wear number 40 for the season.

Take a look at the full squad numbers on the graphic below... 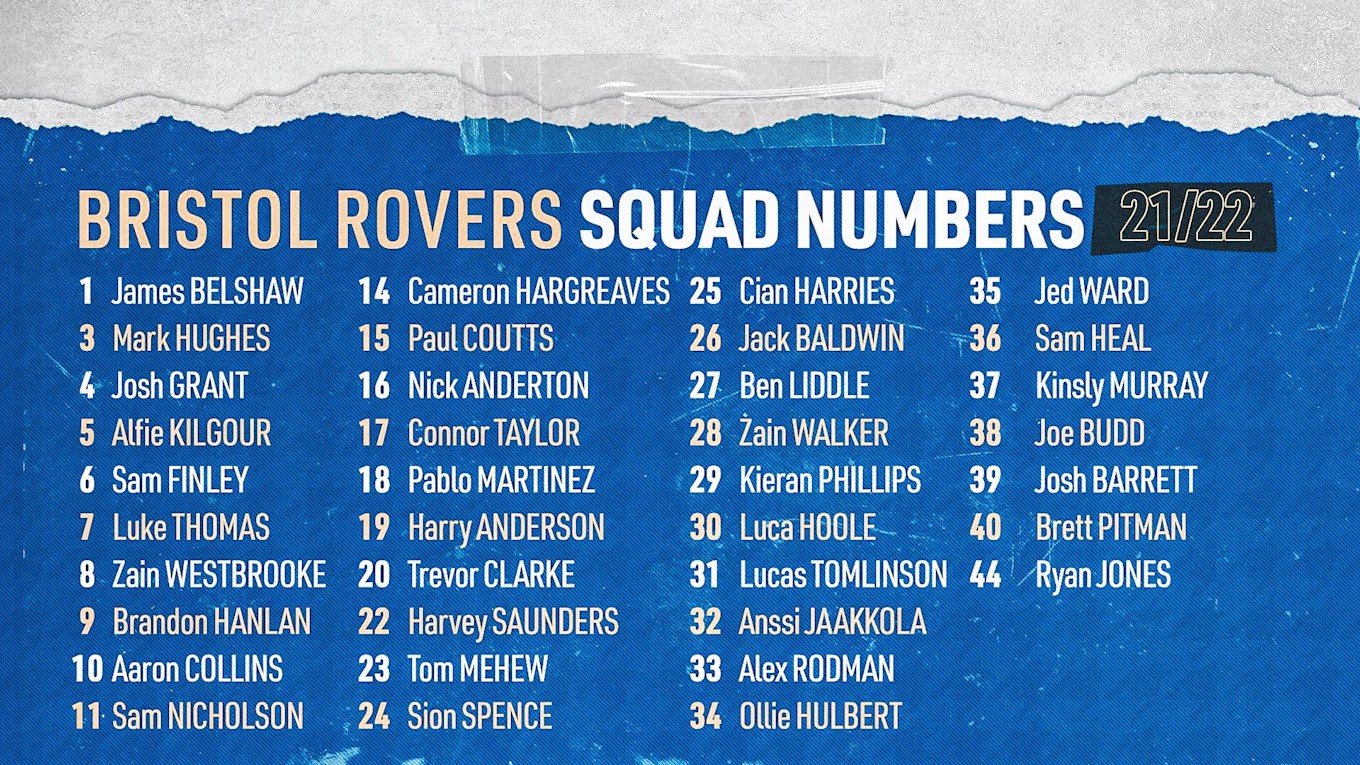